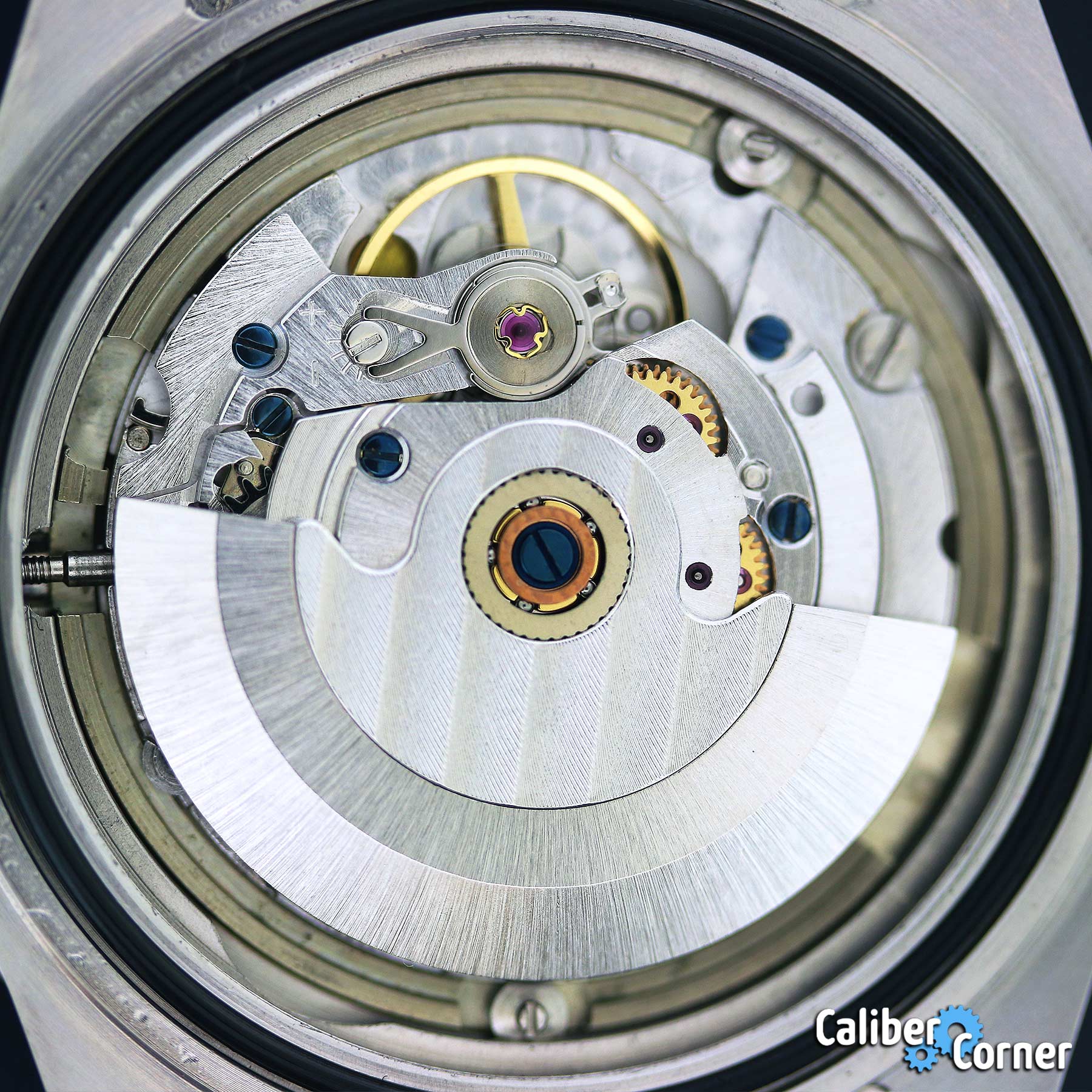 The Ginault caliber 7275 is a 25 jewel automatic movement found in Ginault Ocean-Rover watches. This movement is a clone of the ETA 2824-2.

The dials of the newer pieces state that they are Hand Built in America. Older Ocean-Rover models were engraved with Made in USA on the casebacks. While this caliber has sparked controversy in the watch community, what we think we know is this:

As quoted above, Ginault states that the caliber 7275 is cut, machined, assembled and fine tuned in USA.

ETA “clone” does not mean fake. ETA clone means that the movement design is based on the original designs that ETA used when creating the 2824-2 movement. The 2824-2 was introduced in 1982, so the patents have expired (utility patents expire after 20 years). For this reason, it is possible to produce a movement based on the original design of the ETA 2824-2, and many have done so as it is perfectly legal. If the movement was marked “ETA” then it would be considered to be a fake. Similar to the watch it is cased in, if it were marked as Rolex Submariner, then it would be considered to be a fake watch. Without any reference to Rolex, even though it looks the same, it is considered an homage or clone.

On the official information page about the caliber 7275, Ginault states that they use their own proprietary alloy for the gears in the movement’s powertrain.

“Simultaneously, the materials used in making gears have to be able to endure decades of wear and tear. While most of our fellow watchmakers in Europe and Asia use copper or brass, we have developed our own copper alloy to make the powertrain gears. We call it GC31. GC31 has strength equal almost to that of steel. It is also antimagnetic. After brushing and polishing, it exhibits a distinctive light, sharing the reflective property of gold.”

If your caliber 7275 powered watch is not keeping proper time, it’s possible that the movement has become magnetized. You can purchase a demagnetizer here. This is what Ginault says about magnetism:

“Cal.7275 is prone to magnetism. If a movement is magnetized it will run wildly. Try to keep the watch away from magnets. There are many hidden magnets inside electronics such as cell phones, speakers, laptops, and airport scanners.” –source

The Ginault Ocean-Rover says Precision Chronometer on the dial and watches powered by this caliber 7275 include a movement certificate detailing the results of 6 weeks of testing. The certificate includes a movement serial number, however, no matching numbers can be found on the movement.

“The goal is to regular every one of our movement’s MDR (mean daily rate) as close to 0 as possible for highest precision and accuracy. To achieve this, each 7275 caliber we made goes through a 6 week journey on an automatic winder to simulate real world use. Our master watchmaker clocks, and regulates the movement once every seven days within this 6 week period. This is a true arduous task but the only way to make sure each movement functions precisely and accurately.” 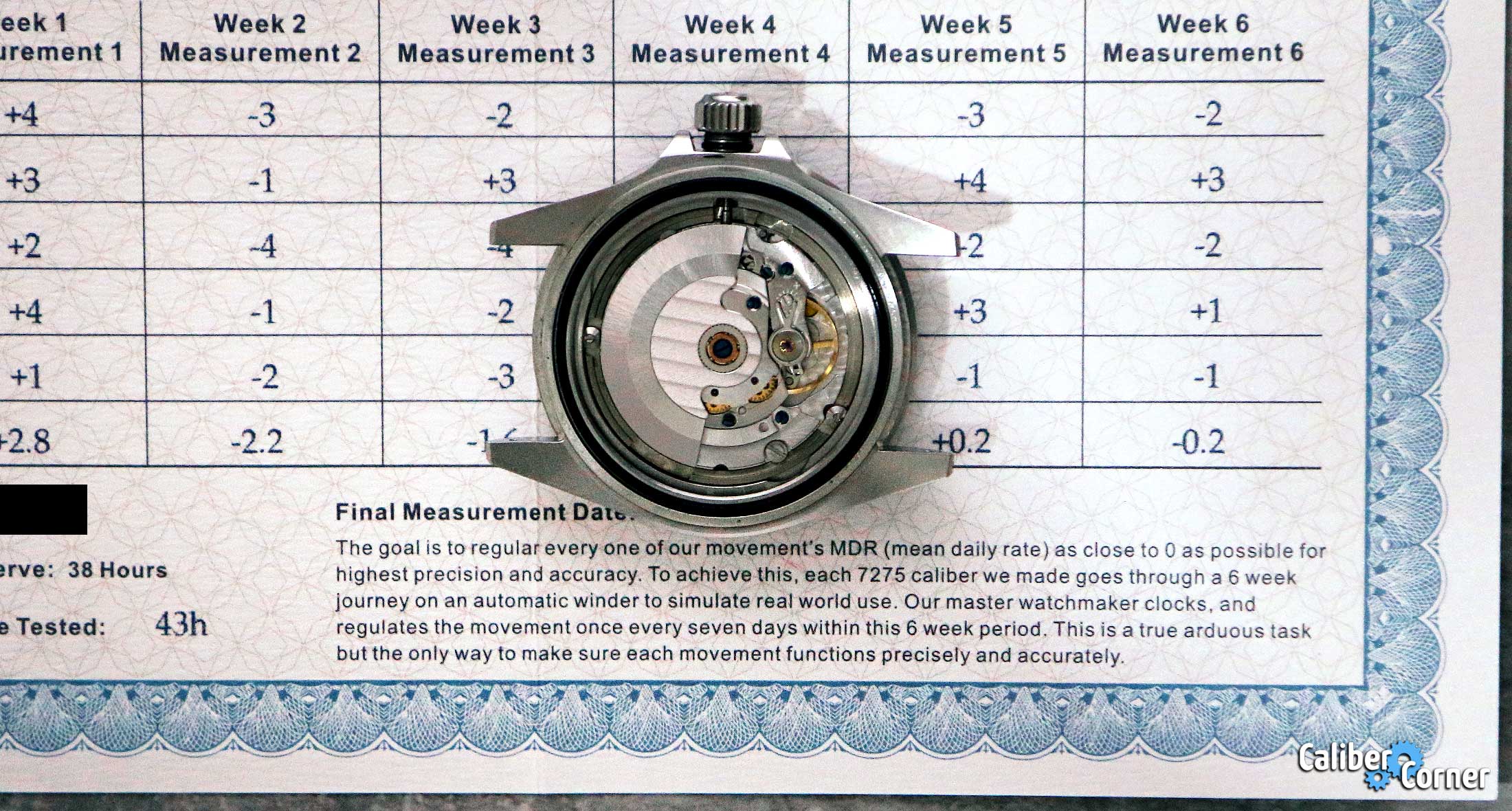 This “Precision Chronometer” rating and testing is not to be confused with being COSC (Contrôle Officiel Suisse des Chronomètres) certified, which is not applicable to this movement since it is not Swiss made. This does not mean that the movement does not keep time within Chronometer specs, it just means that it is not officially tested and certified by COSC.

“Compliance with the definition of a chronometer is approved by a neutral official body, which carries out the checks on the watch or movement, and issues an official certificate. In Switzerland, each chronometer is unique, identified by a number engraved on its movement and a certificate number issued by the COSC.” –source

The movement is not signed Ginault, nor are there any stamps to be found from any known manufacturers. There are no markings whatsoever: no jewel count, no caliber number, no origin reference, no movement serial number.

Although the Ginault 7275 automatic movement is rated at 38 hours power reserve, the movement certificate mentioned above stated that this movement’s actual power reserve tested at 43 hours. This may be higher or lower depending on the movement itself.

As with many automatic watch movements, from affordable microbrand watches to Rolex, there have been reports of the rotor of the 7275 being loud. The rotor is a ball-bearing style, and rotor noise is not uncommon. Here is what Ginault says about this: 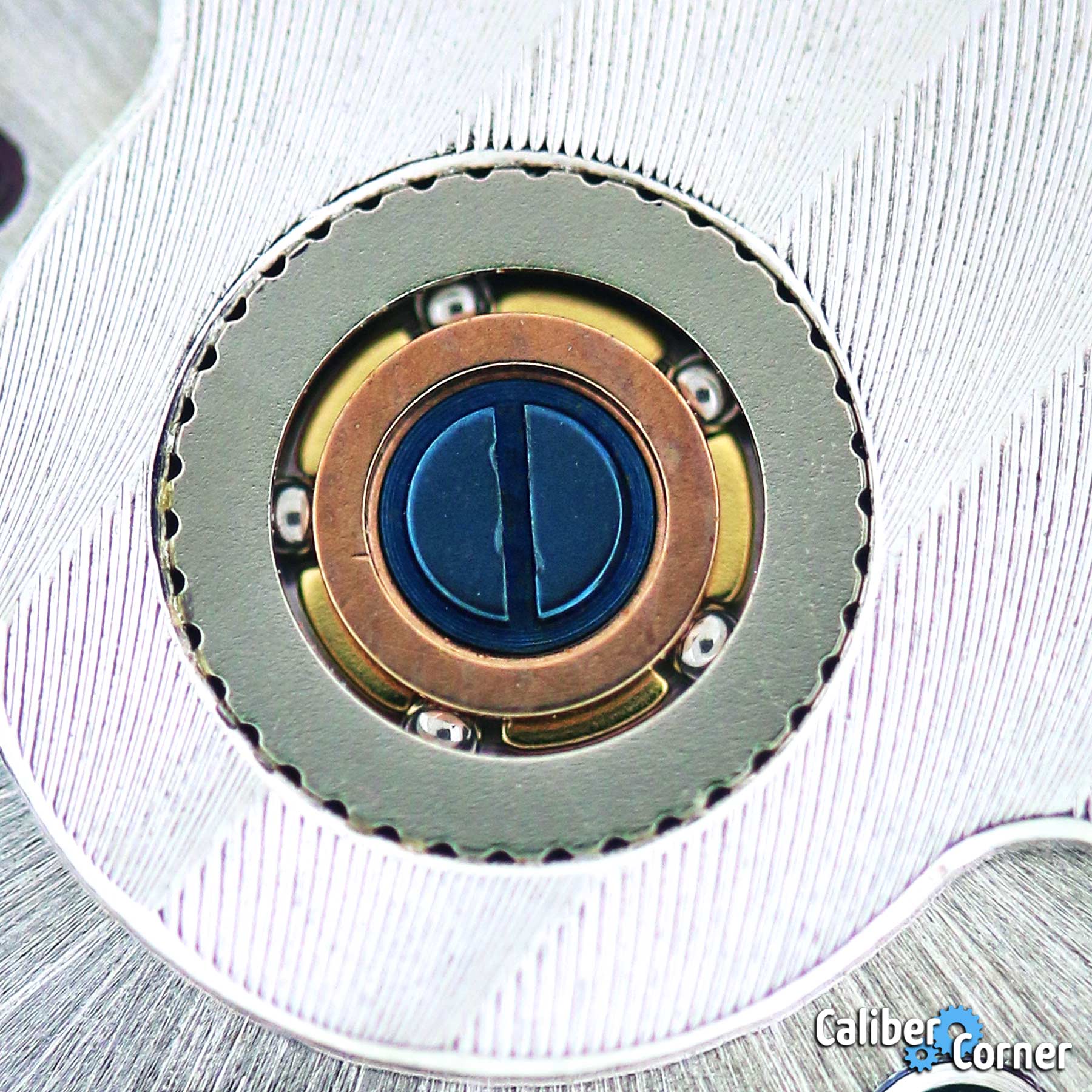 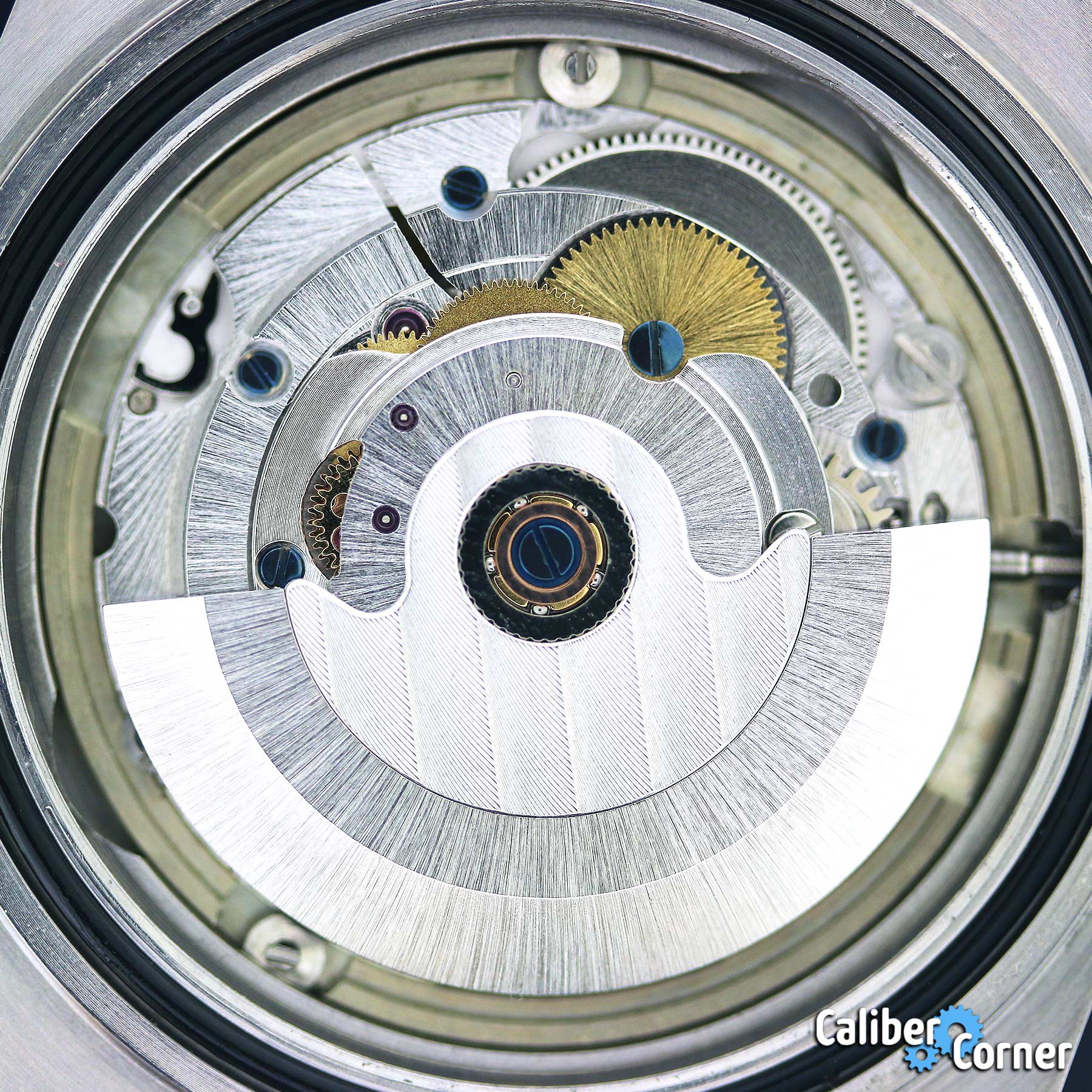 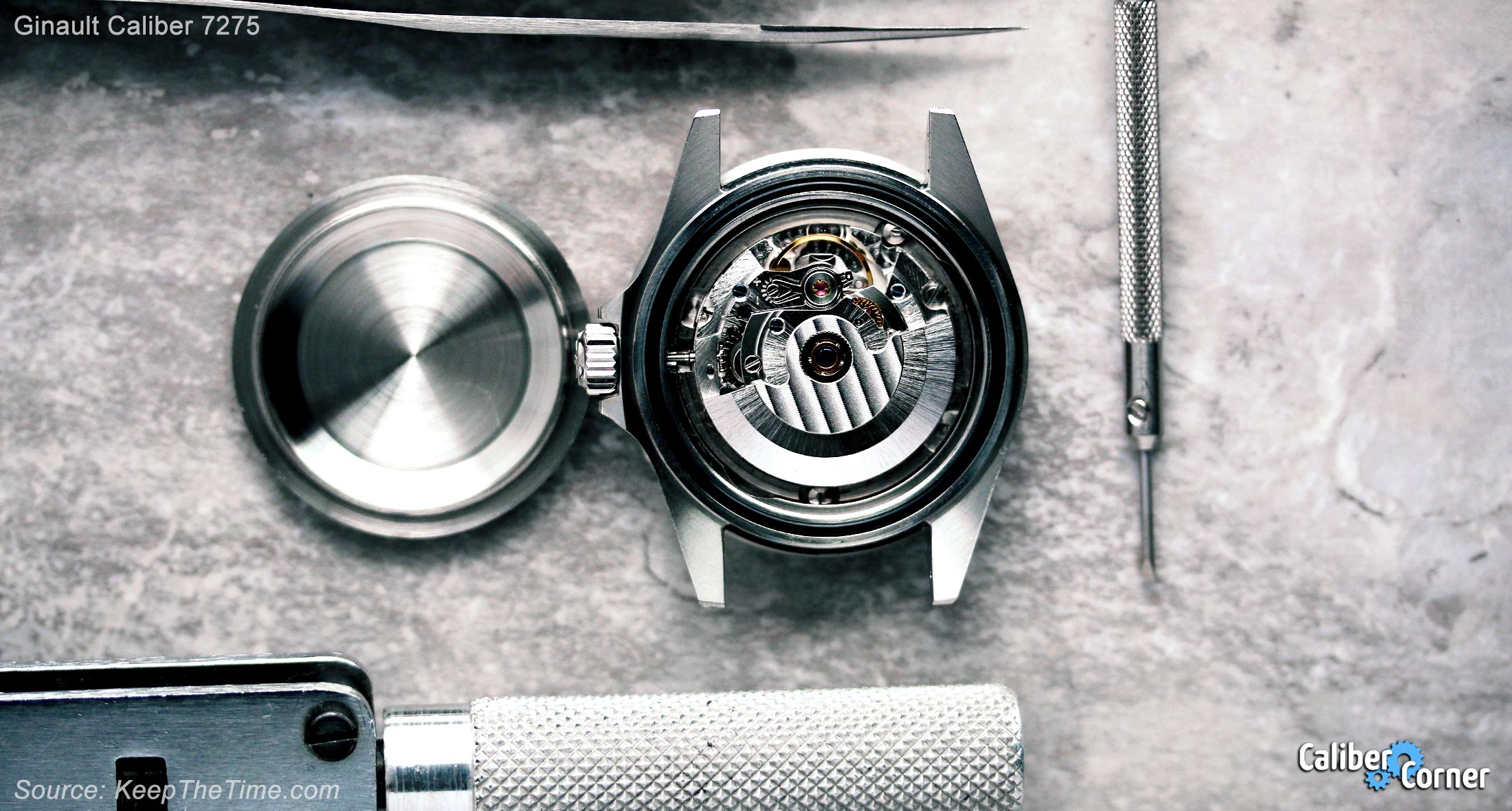