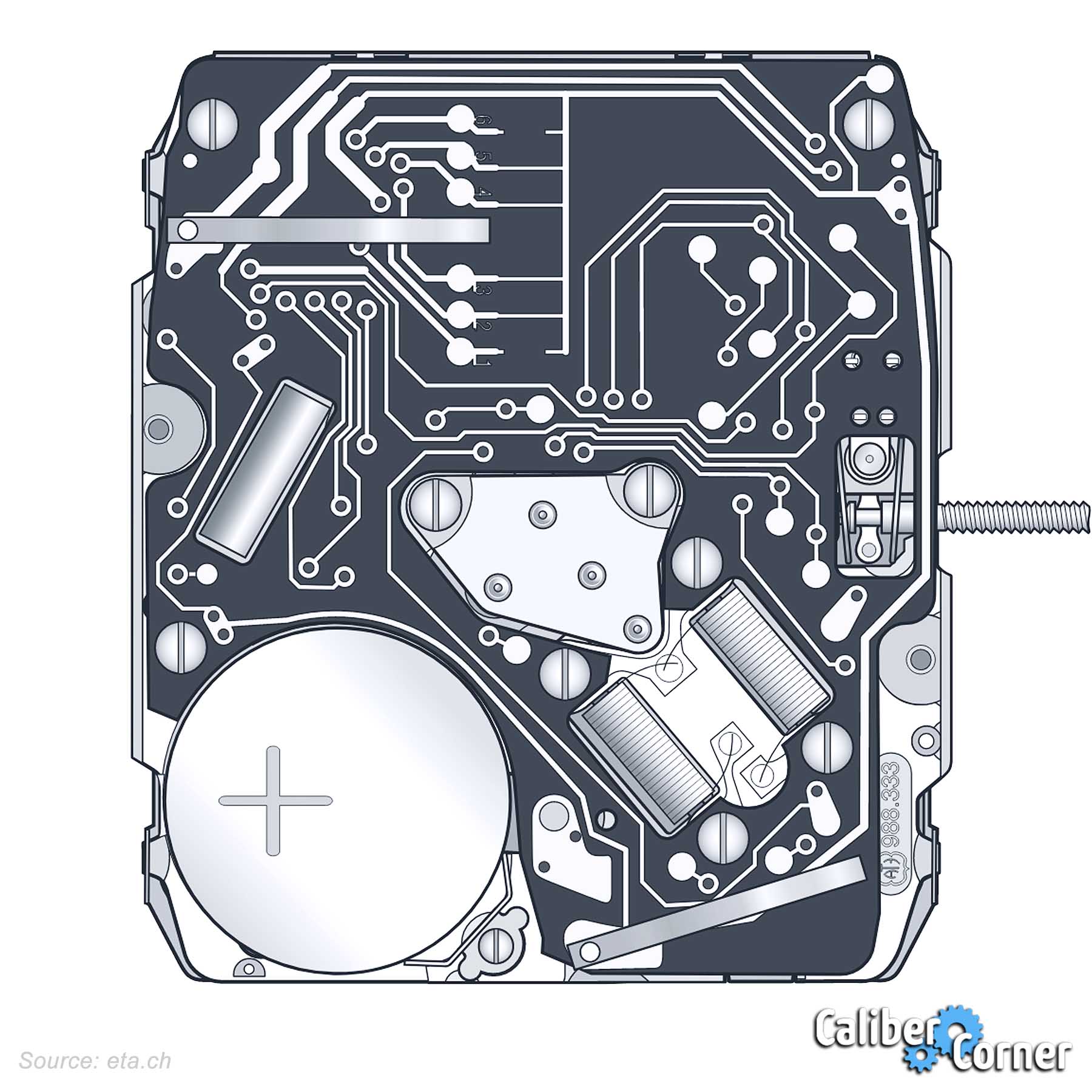 The ETA caliber 988.333 is a quartz powered ani-digi movement with 7 jewels. It is Swiss made and is part of ETA’s Flatline family, however, this caliber is no longer listed in their current lineup. The most recent documentation related to this movement was from 2009.

The ETA caliber 988.333 is an updated replacement for a similar caliber 988.332. The older 988.332 has a larger and brighter digital LCD display. The font used in the display is also different.

Watches with a broken 988.332/988.333 movement are having tough times with some manufacturers no longer servicing this caliber. It is said that a broken 988.332 can be swapped for a 988.333, but we need more confirmation from folks who have done this successfully. If you have performed this swap, please comment below and send us before and after pics to post here.

Aside from the central analog display of the hours and minutes, the caliber 988.333 also has a black digital screen offering the following functionality:

There are two screens, the top displays the current mode and the bottom screen displays the numerical functions of that mode.

The 988.333 is not equipped with a blacklight for the digital LCD display, making it impossible to see without some kind of light source.

When the battery is low, this movement has an “end of energy” indicator which is presented via blinking of the digital display.

Interesting note: ETA used to refer to this EOL (end of life), but recently started referring to this feature as EOE (end of energy). This new term not only sounds better, it’s a more accurate way to describe the situation.

ETA repair manuals state that a movement holder is necessary for fitting hands on the caliber 988.333 in order to support the lower pivot of the center wheel. The official movement holder that ETA recommends for this movement is part number 4080.35.244.

Note that the hands should be placed with the movement running (ie: battery installed).

For removal of the hands, the official documentation recommends Bergeon tool ref. 30.671-7. 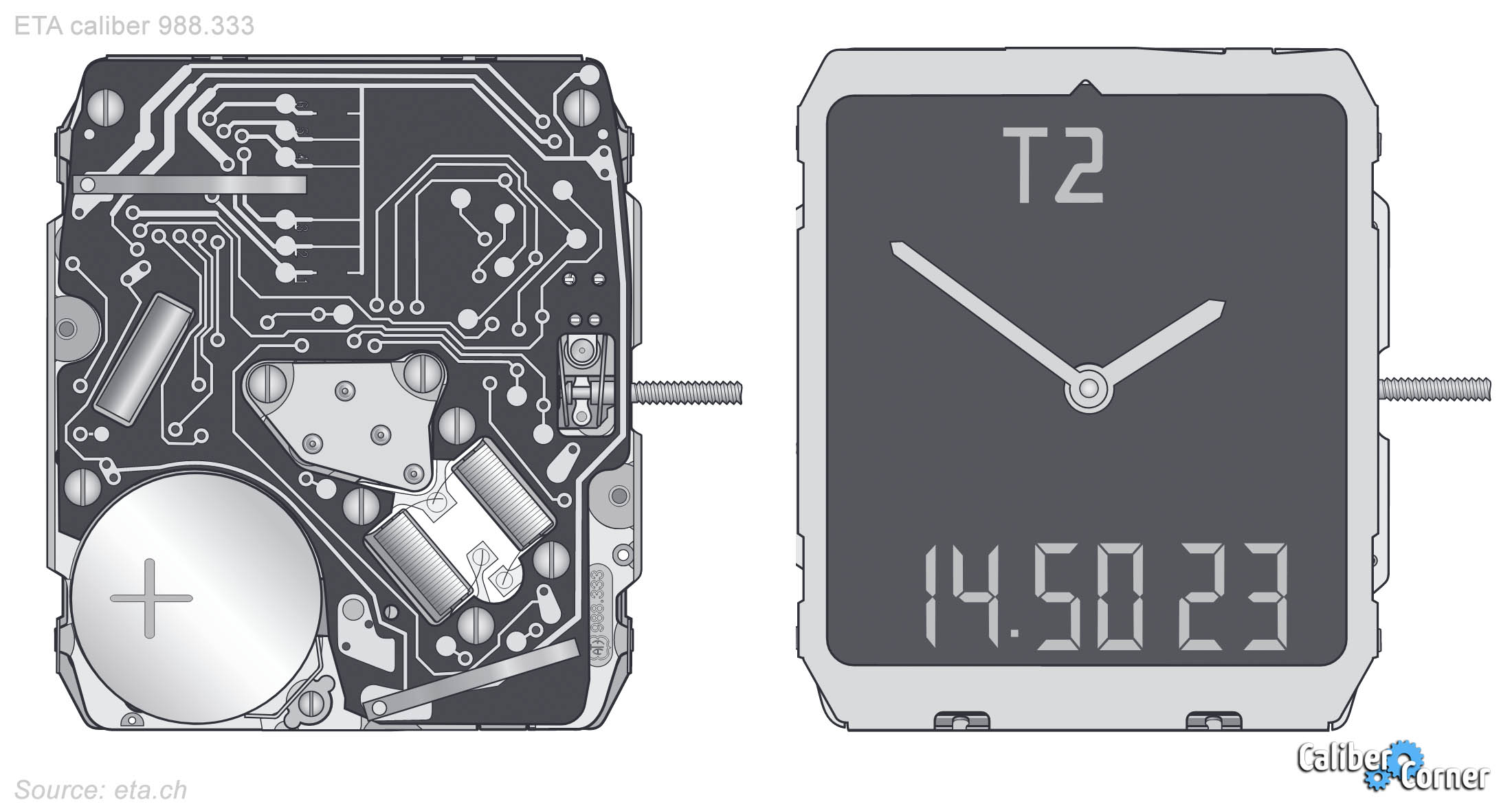 Watches with this caliber:

Although the ETA 988.333 is mostly found in big watch brands like Bell and Ross, Rado, and of course the Breitling Aerospace, but there is at least one microbrand watch using it: Butler Watch Company. In 2017, Butler launched a Kickstarter campaign for their OOOI model.