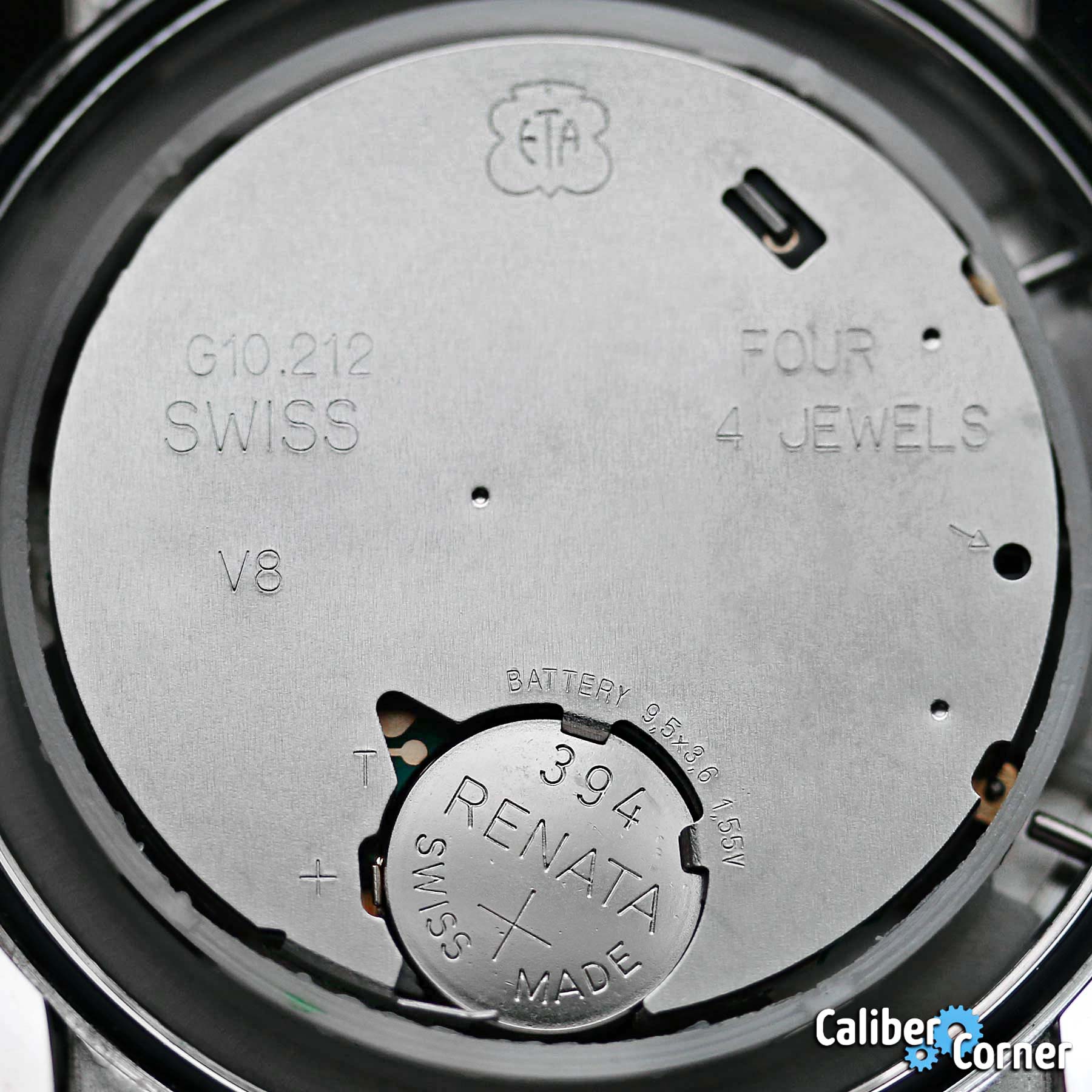 What movement is in the Swatch MoonSwatch?

What movement is inside the Swatch MoonSwatch?

Caliber Corner has been inundated with emails and DMs asking questions about the caliber powering the new Omega X Swatch Speedmaster collaboration. Here is what we know: The Swatch MoonSwatch is using an ETA quartz chronograph movement. Despite all of the press from the major watch blogs and magazines, not one (even the publications who had exclusive hands-on opportunities with the watches ahead of launch, as well as one-on-one interviews with the designers. Swatch Group needs to add Caliber Corner to the press list!) has reported pertinent information such as the exact caliber powering the ceramic Speedy, but we’re digging into it to help further the mission of this site: To Spread Movement Awareness.

The caseback of the Swatch MoonSwatch Speedmaster states that the movement is Swiss Made and has 4 jewels. There is an ETA shield logo next to a V8 marking. V8 is used by ETA movements that are of Swiss Origin. Read more about V8 movements here.

Each caseback of the MoonSwatch series features artwork with the planet the watch is based on. The circular planetary image is actually the battery cover. Instead of having to remove the entire caseback either by prying or unscrewing it, only the small circle cover needs to be pried off so a fresh battery can be installed. 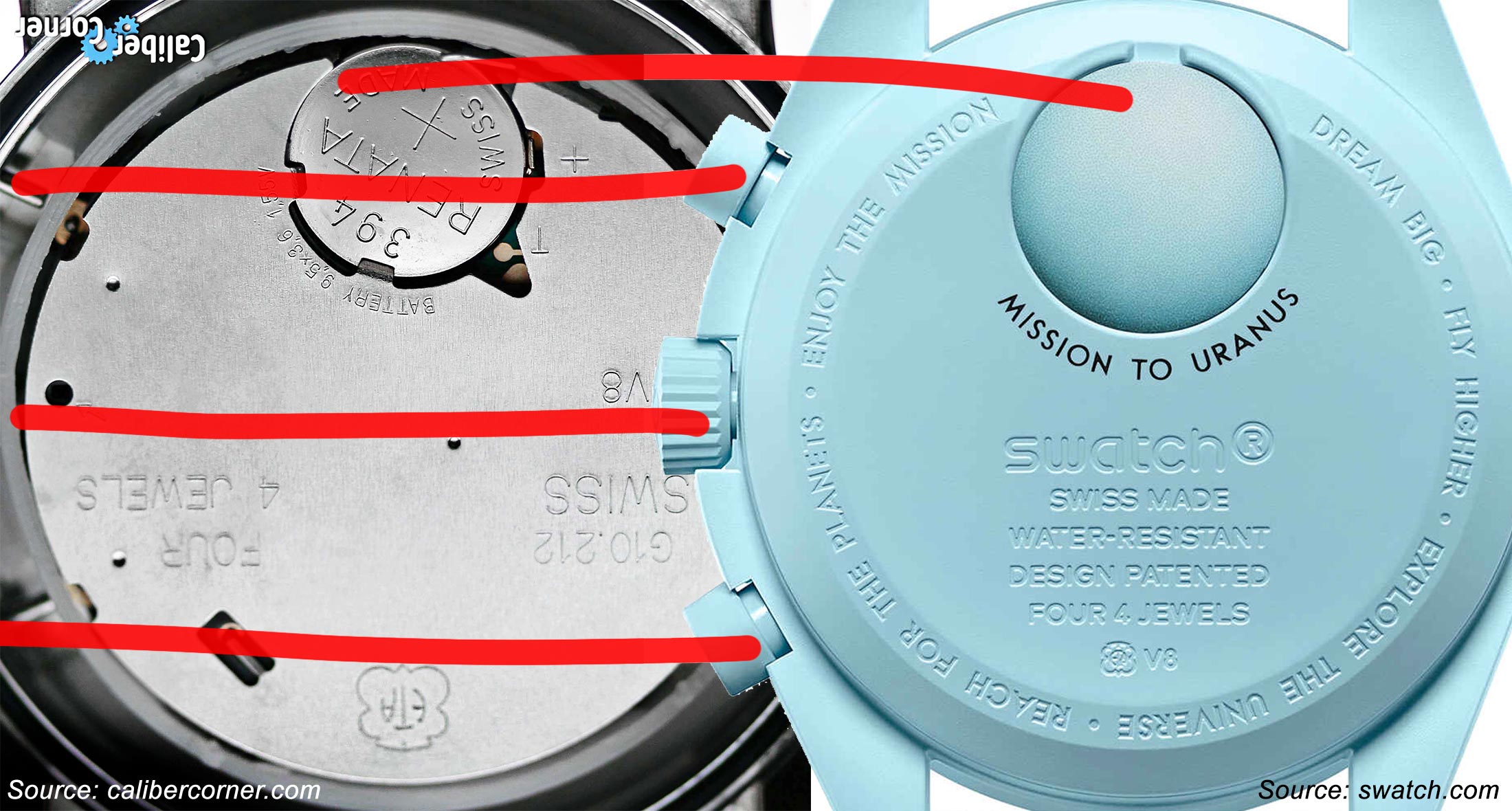 That means, either ETA created an entirely separate caliber number without a date, or they are using the same base caliber but without the date functionality. It’s unlikely that a big brand like Omega (or Swatch) would ever put out a watch with a phantom datewheel, especially when they are both owned by the same conglomerate that owns the movement manufacturer. At least we know for sure that the MoonSwatch has the same configuration as the G10.211/212.

Is this a good movement?

This is widely debated amongst the watch community, especially since this movement is found in so many watches ranging from Invicta to microbrands. In the past, Caliber Corner community members have commented that their G10 watches are reliable and they love the movement, others say it’s junk with an ugly design. The consensus is all over the place, but to each their own!

If it is indeed an ETA caliber G10.212, the retail replacement cost is about $50. This caliber is considered to be non-repairable, but that depends on the repair needed. Worst case, it can just be swapped with a new movement by your watchmaker if the watch is out of warranty (2 years). Many collectors would like to see a Seiko mechaquartz chronograph with a smooth seconds hand, but there are some disadvantages to those movements too. The G10 family of quartz chronograph movements has decent battery life (just don’t leave the chrono hand running all the time), it’s easy to reset the second hand to zero, and they are readily available if you need to replace it.

If you happen to get a MoonSwatch opened before we do, please submit pictures here.