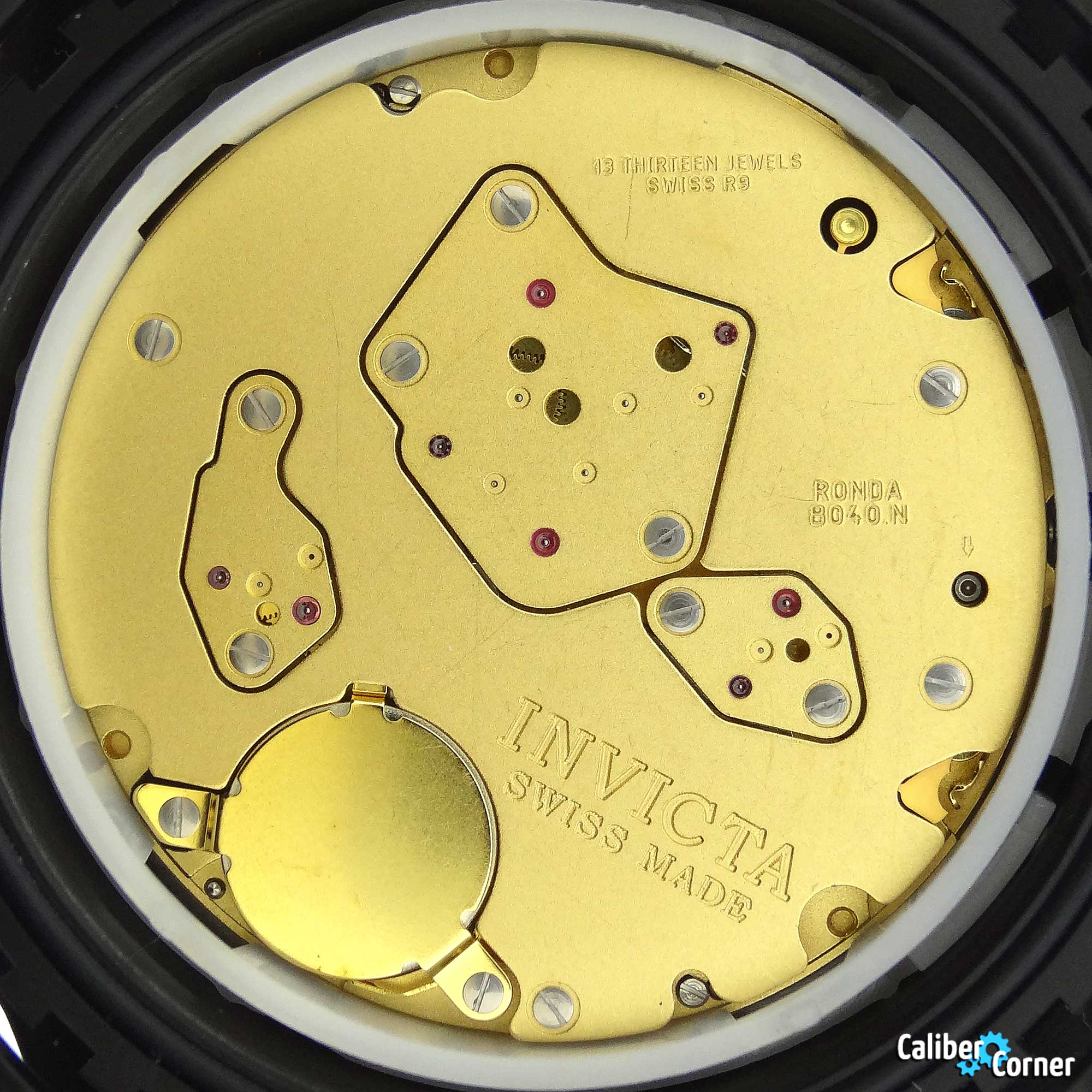 The Ronda caliber 8040.N is a multi-function quartz movement with 13 jewels. It is part of Ronda’s Mastertech line.

Pros and Cons of This Movement:

According to the Ronda website, the caliber 8040.N features: 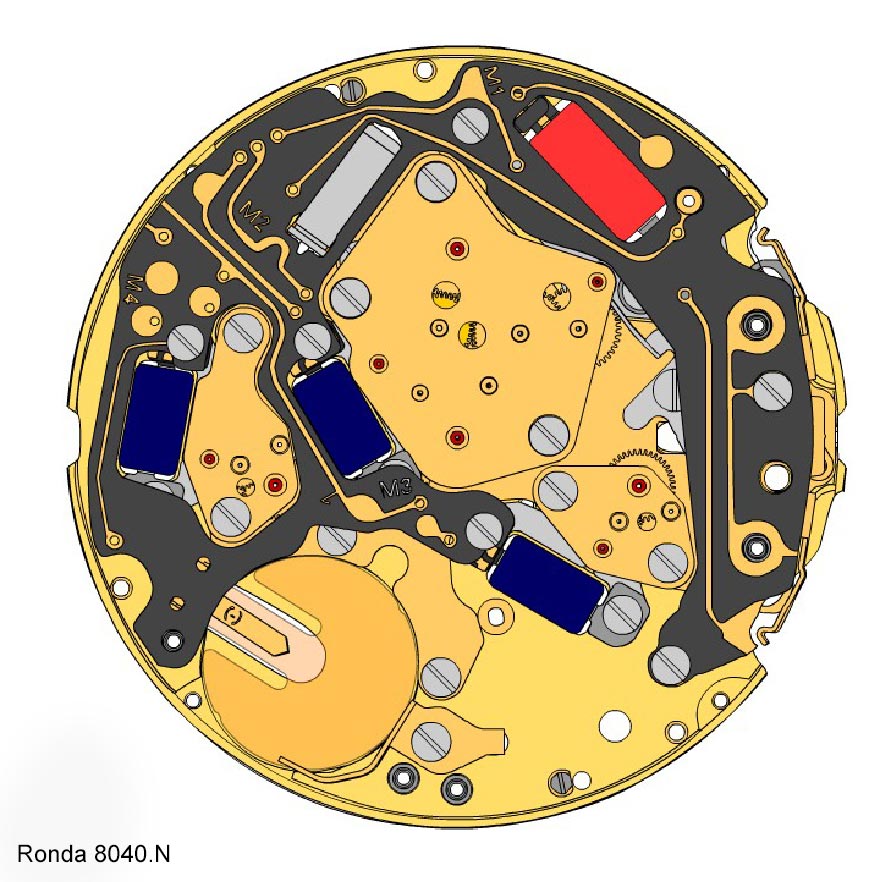 Changing the battery on the Ronda 8040.N isn’t difficult, but you have to be very careful not to lose the 2 tiny screws that hold the battery clamp (battery cover) down. Also, make sure the orange insulator film located below the battery doesn’t fall out. You will need battery cell #395 which you can order here. 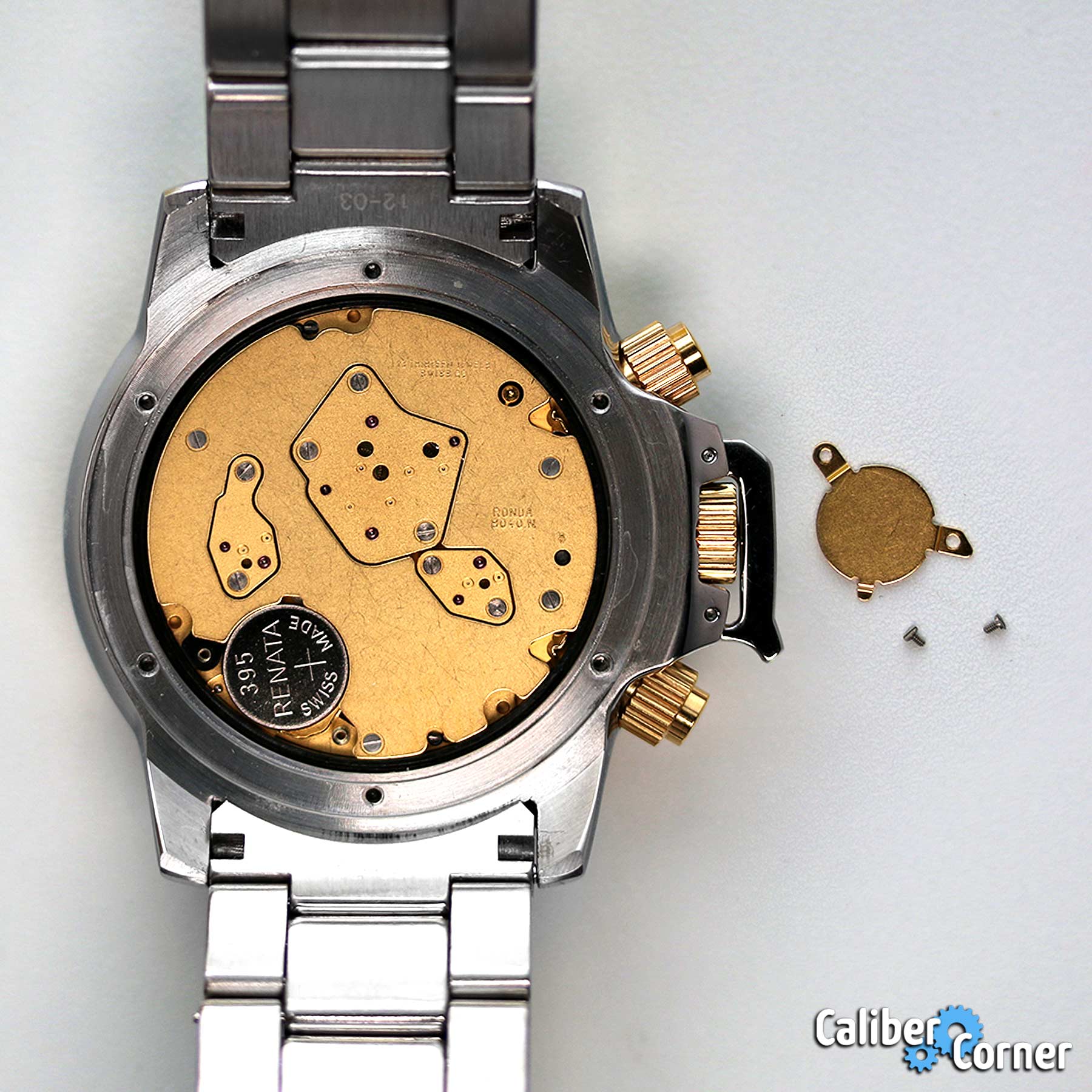 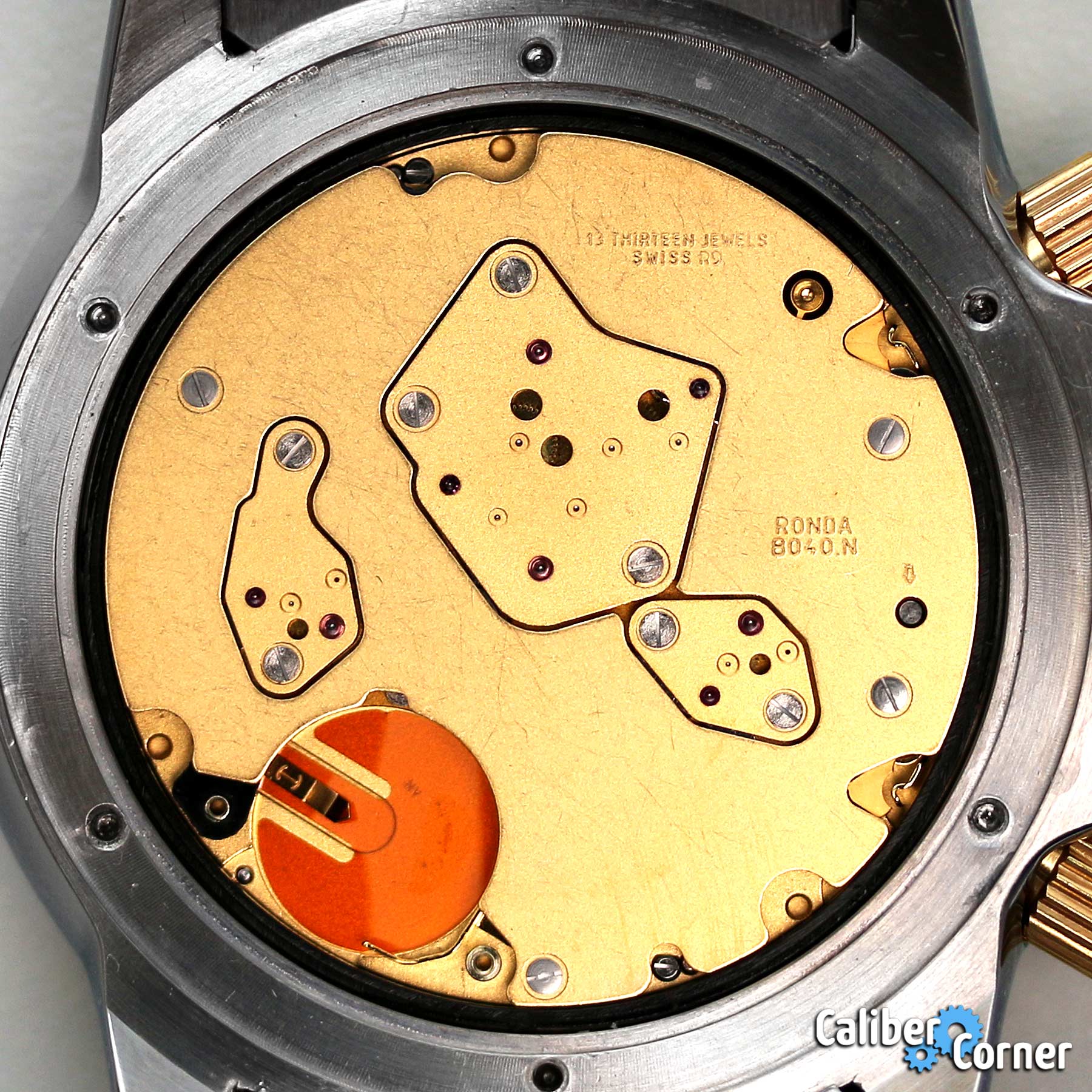 This caliber was submitted by Bill. He found it in an Invicta Reserve model number 13686:

The photo at the top of this post is of an 8040.N found in an Invicta Jason Taylor Chronograph watch.

This caliber was also found in this Invicta Subaqua Noma II.

More watches with this movement: