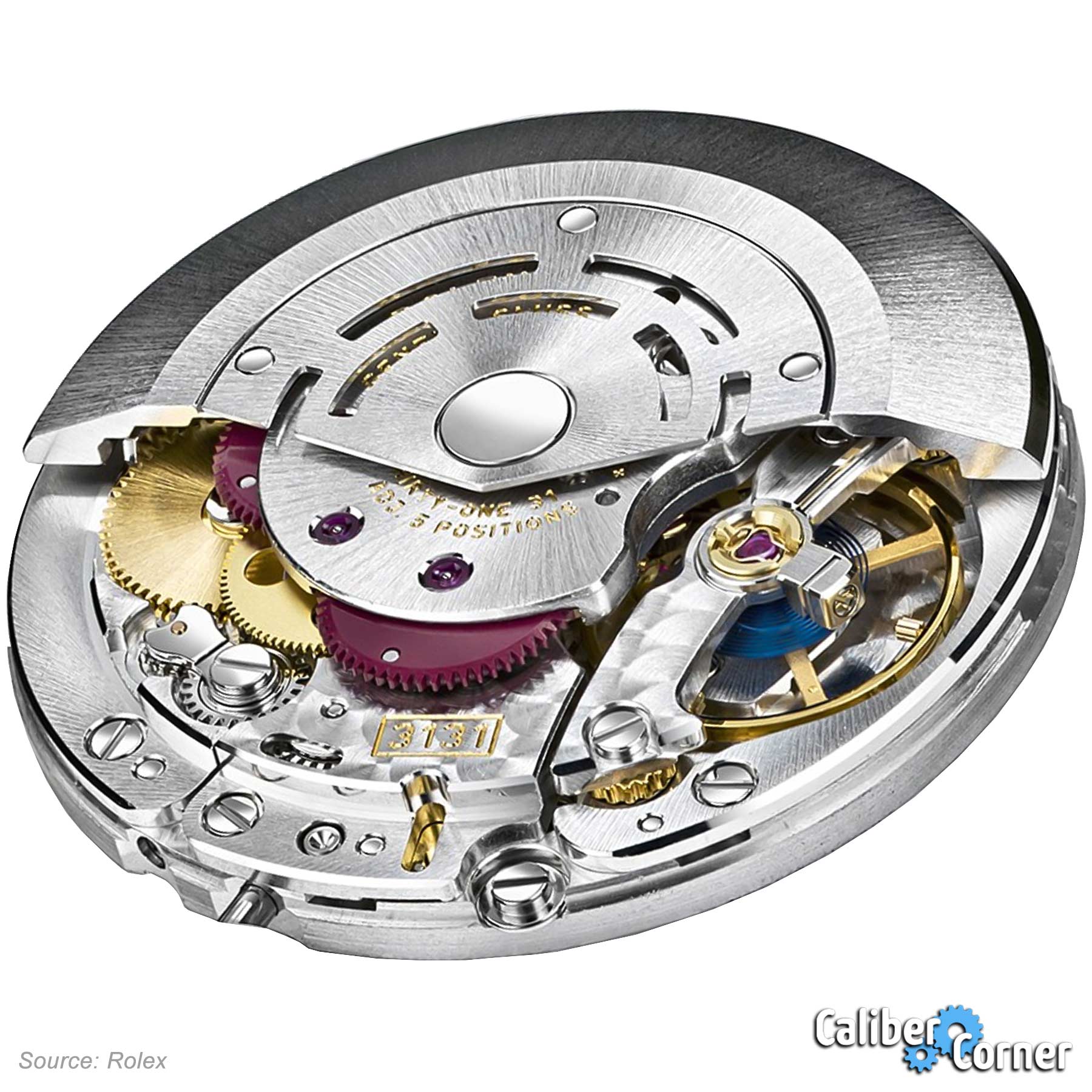 The Rolex caliber 3131 is an 3-hander, time only, no-date automatic watch movement that was announced at Baselworld 2007. This in-house caliber was originally launched in the anti-magnetic Milgauss model, but is also found in the 2016 Air-King 40.

In Rolex’s Own Words:

“The Milgauss is equipped with calibre 3131, a self-winding mechanical movement entirely developed and manufactured by Rolex. It incorporates state-of-the-art technologies patented by the brand that ensure exceptional resistance to magnetic fields. Like all Rolex Perpetual movements, the 3131 is a certified Swiss chronometer, a designation reserved for high-precision watches that have successfully passed the Swiss Official Chronometer Testing Institute (COSC) tests. Its architecture, in common with all Oyster watch movements, makes it singularly reliable.” –source

The 3131 is basically the popular 3135 without the calendar complication (date). The 3130 is  does not have the anti-magnetic Parachrom Bleu hairspring (although some later “transition” calibers may have it). The 3132 is equipped with the Rolex Paraflex instead of the Kif shock absorber within the 3131.

In addition to the list of differences in calibers above, keep in mind that the 3131 was designed for the Milgauss and such models have a Faraday shield around the movement.

“The first innovation at the heart of the Milgauss’ resistance to magnetic interference is the shield inside the Oyster case. Made of ferromagnetic alloys selected by Rolex, it surrounds and protects the movement. The symbol for magnetic flux density – the capital letter ‘B’ with an arrow – is engraved in this magnetic shield, but only Rolex- certified watchmakers will ever see it.” –source

Rolex claims the caliber 3131 is more precise than an officially certified chronometer with an accuracy of -2/+2 seconds per day “after casing”. You will get the best rate of precision when measuring accuracy on a full power reserve.

Manually wind the movement by turning the crown clockwise. The Rolex manual states that it takes at least 25 turns for partial winding. Once the watch reaches full power reserve, it should run for approximately 48 hours.

“Before being worn for the first time, or if it has stopped, a Rolex watch must be wound manually in order to function correctly and precisely. To wind the watch manually, unscrew the winding crown completely, then turn it several times clockwise. (Turning in the other direction has no effect.) A minimum of 25 turns is required for adequate partial winding. The watch will then be wound automatically as long as it is worn on the wrist. Carefully screw the crown back down against the case to ensure waterproofness.” –source

The Rolex 3131 was originally launched in the anti-magnetic Milgauss model, but it is also found in the Air-King 40 released in 2016.

As of August 2022, the current Milgauss models are still powered by the caliber 3131. The current Air-King has been upgraded to the Cal. 3230 (source). 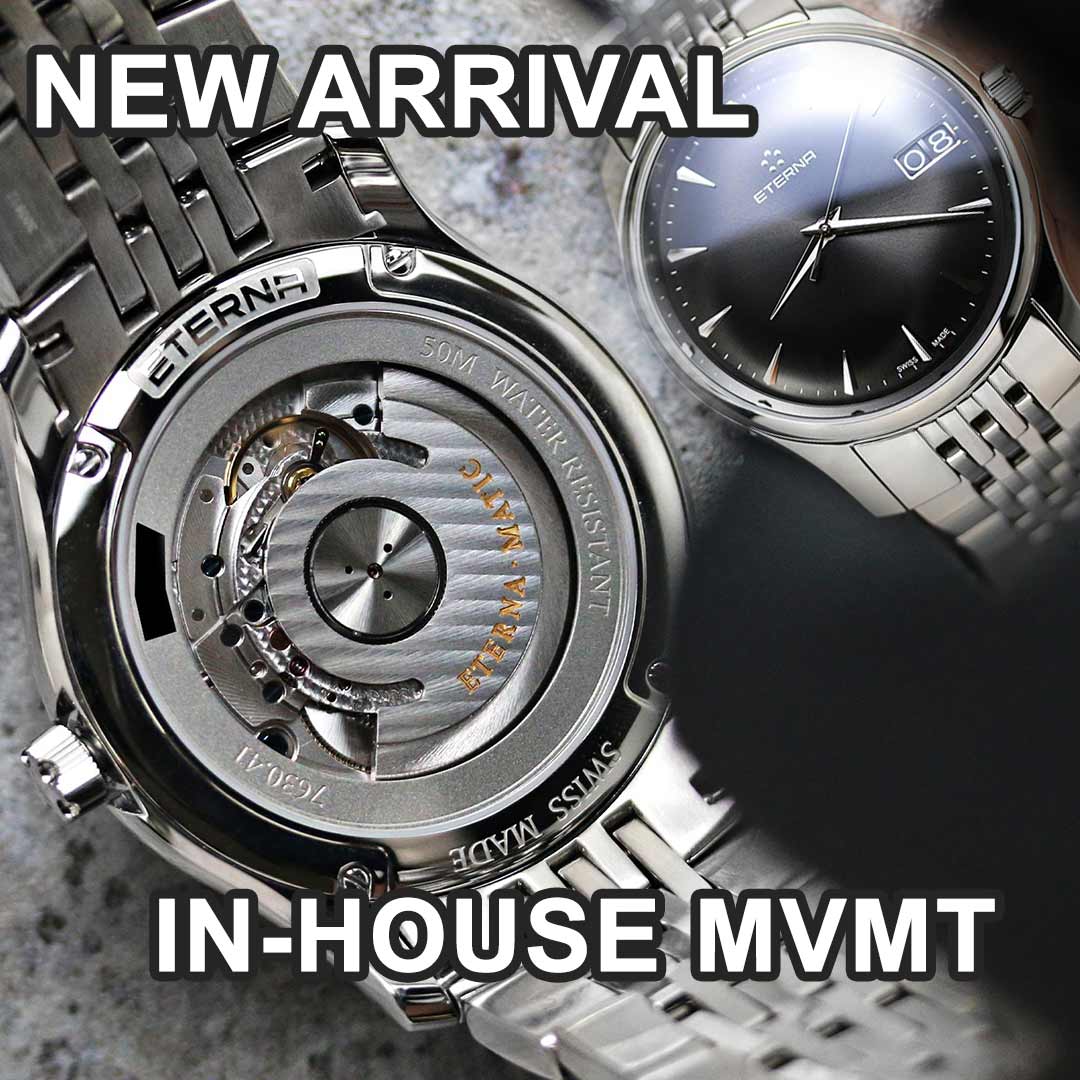