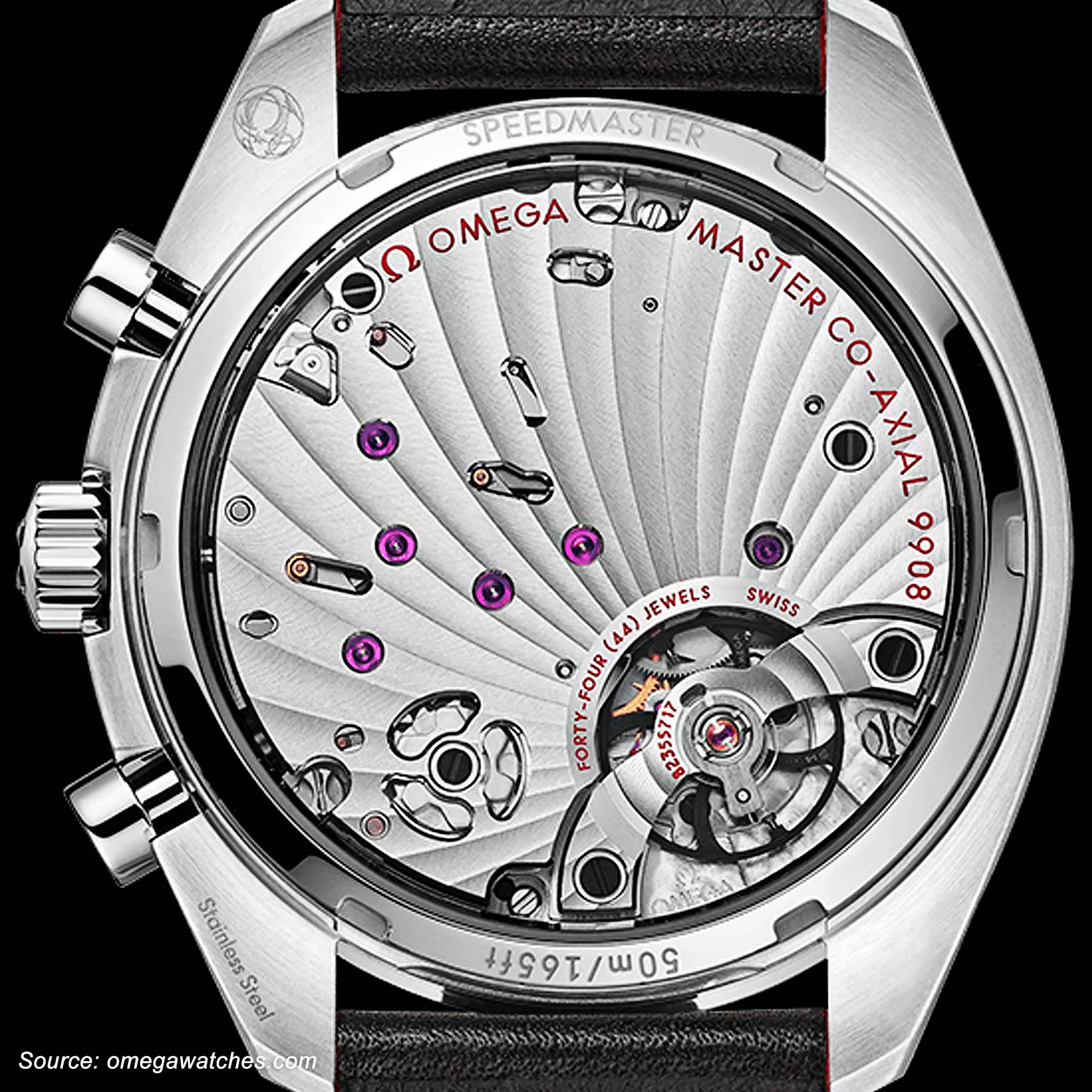 The Omega calibre 9908 is a manual wind mechanical chronograph movement that was released in 2021. It is Swiss made with 44 jewels. This movement features an anti-magnetic hairspring, Co-Axial escapement, twin barrels, and a column wheel chronograph system. 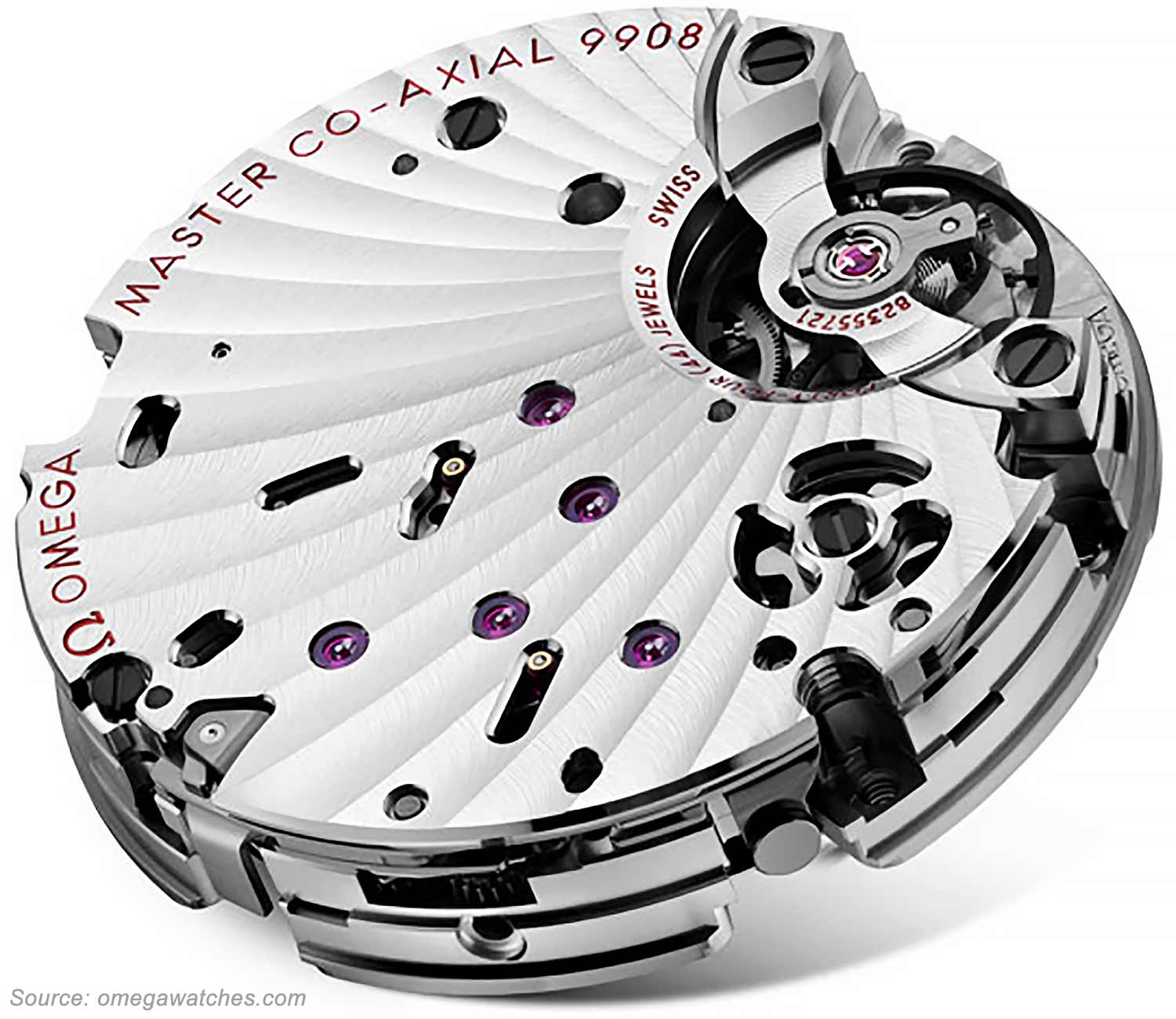 The Omega caliber 9908 is found in Omega’s Speedmaster Chronoscope line of watches introduced on September 23, 2021. With all the press this piece has garnered upon release, collectors see a full list of functionality, but few take time to acknowledge where that functionality comes from: Not the movement. Many of the features on the Chronoscope have more to do with the dial and bezel design rather than the complications in the 9908 movement.

In conjunction with the standard chronograph functionality, the dial and bezel designs give the Speedmaster Chronoscope the following functionality…

The Telemeter and Pulsometer are displayed in a snail-like layout that creates a central spiral on the dial (other brands offer this design as well). The three features listed above are where Omega gets the basis behind the name Chronoscope. 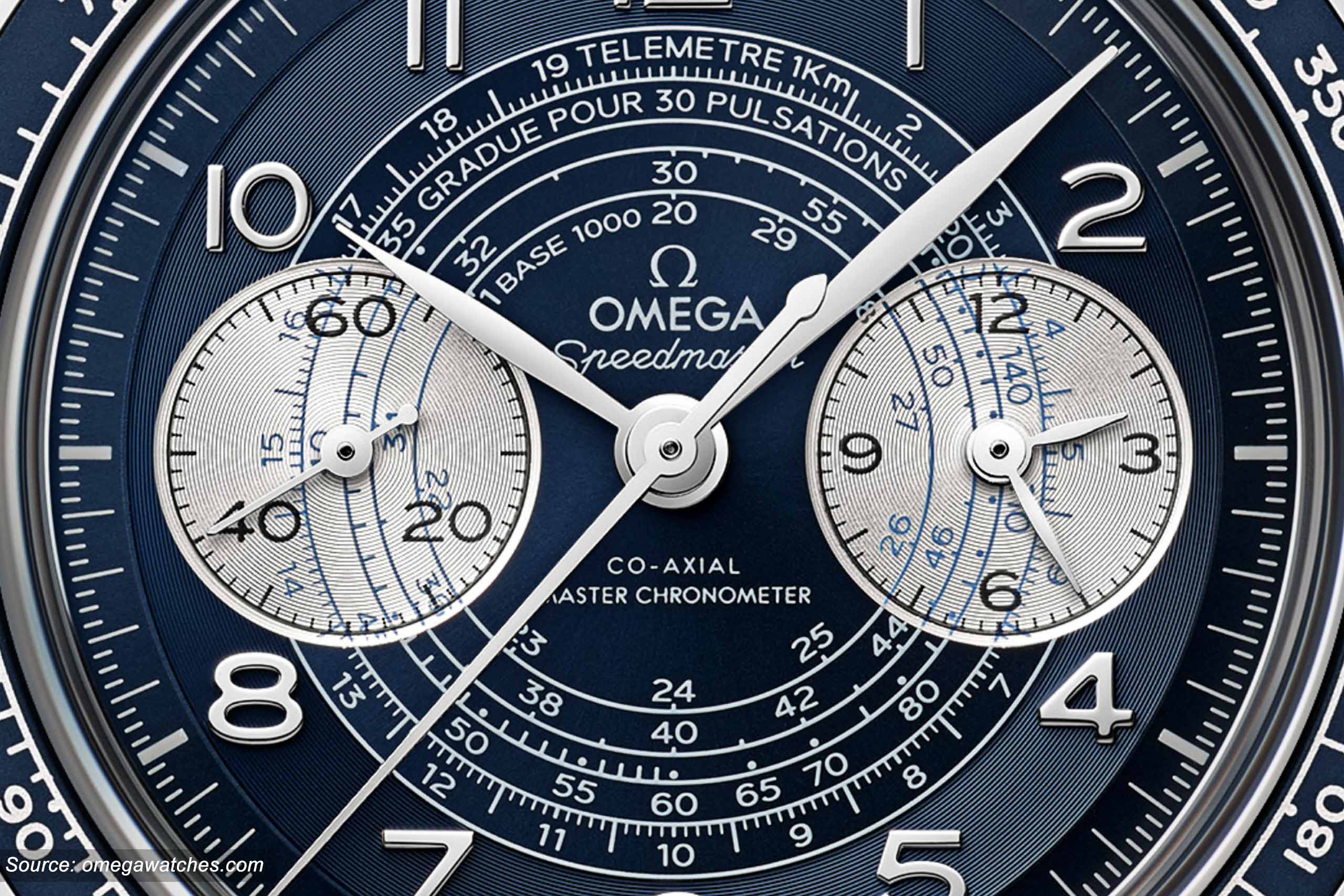 The hour hand on the 9908 is set independently (great for changing time zones quickly without affecting the minutes). Pull the crown out one click to set the hour, pull it out two clicks to set the time.

The Omega caliber 9908 is an in-house movement and not available for individual purchase, even for Swatch Group parts accounts. At the time of this post, the retail prices of the watches this movement powers ranges from $8,300 USD to $14,000 USD.

Examples of watches with caliber 9908: