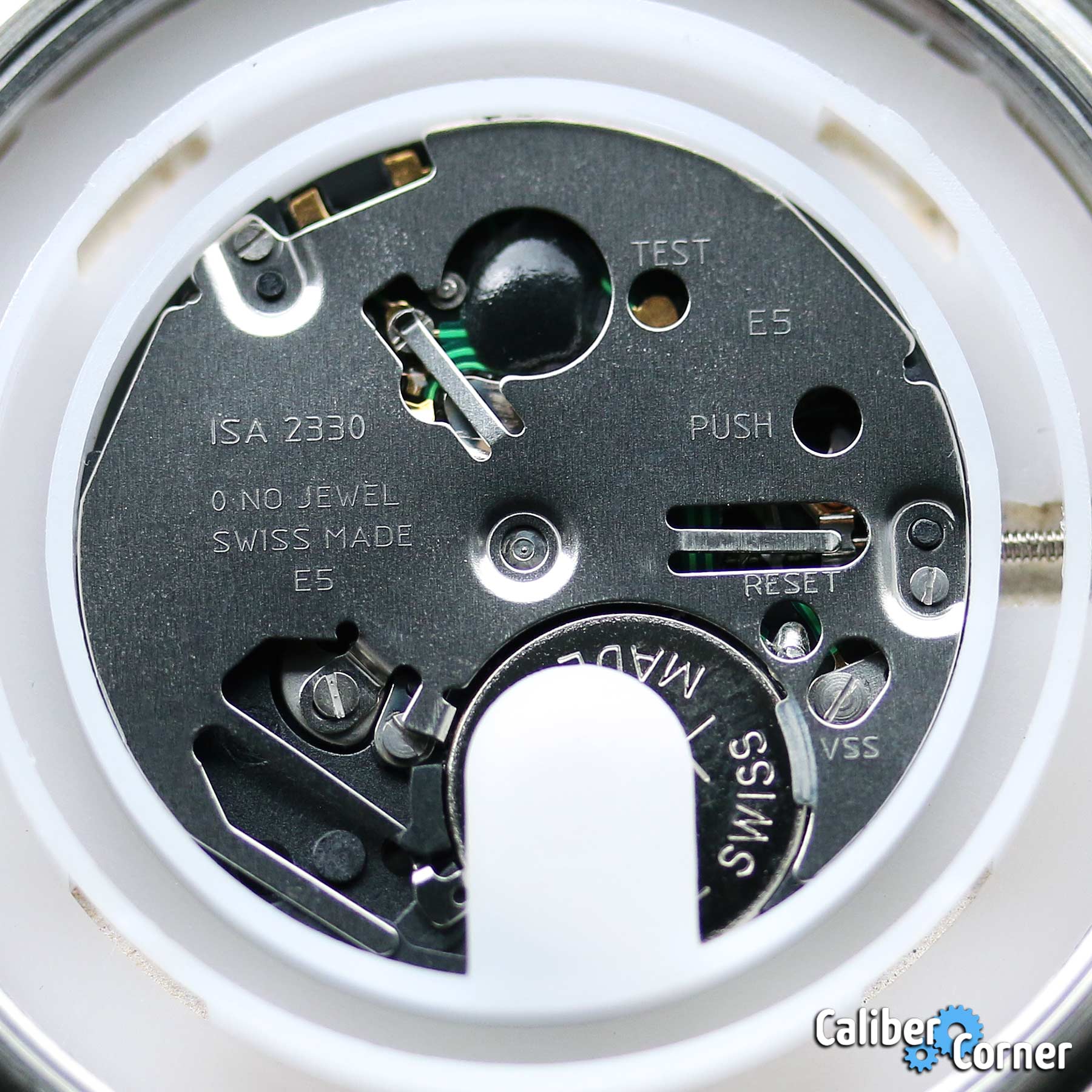 ISA caliber 2330 is 0 jewel quartz movement. ISA refers to this as a multi-function movement because it features a GMT hand, alarm, day, date, and power reserve indicator.

Although the ISA 2330 is a basic 3 hands movement with a date, ISA offers an optional “strong motor” and big date configuration. It is not clear how the strong motor variation is identifiable. The big date variation is obvious because the date will move from the standard window at 3:00, 6:00, or 9:00 to a panoramic window spanning from 2:00 to 4:00 or 5:00 to 7:00.

ISA labels the caliber 2330 as Swiss made or Far East. Both have 0 jewels. Check your movement to see if it is stamped SWISS MADE or FAR EAST ASSY. The movement featured in the photos here is the Swiss Made version.

ISA claims that the power reserve from a fresh battery is approximately 66 months. There is a power save or hacking function that is engaged when the crown is pulled out to time setting position.

There is a metal tab with a hole holding the battery in place. You will need to carefully place your tool in the hole on the tab and gently slide it over. This will allow the battery to be released. When installing a fresh battery cell, wedge it under the lipped edge near the VSS stamp on the movement, then press down (with rodico or while wearing a finger cot), you must also be holding the tab to the side until the battery is pressed completely down, then you can allow the tab to slide back over the battery where it should have enough resistance to hold it in securely.

After replacing the battery, you may need to perform the following reset procedures:

At the time of this post, this movement was found at replacement prices of $12.95 – 16.95 USD. It should be noted that we were only able to find replacement movements stamped FAR EAST ASS’Y and not Swiss Made.

The photo below is of a caliber 2330 found in a Ballast Odin military style field watch. 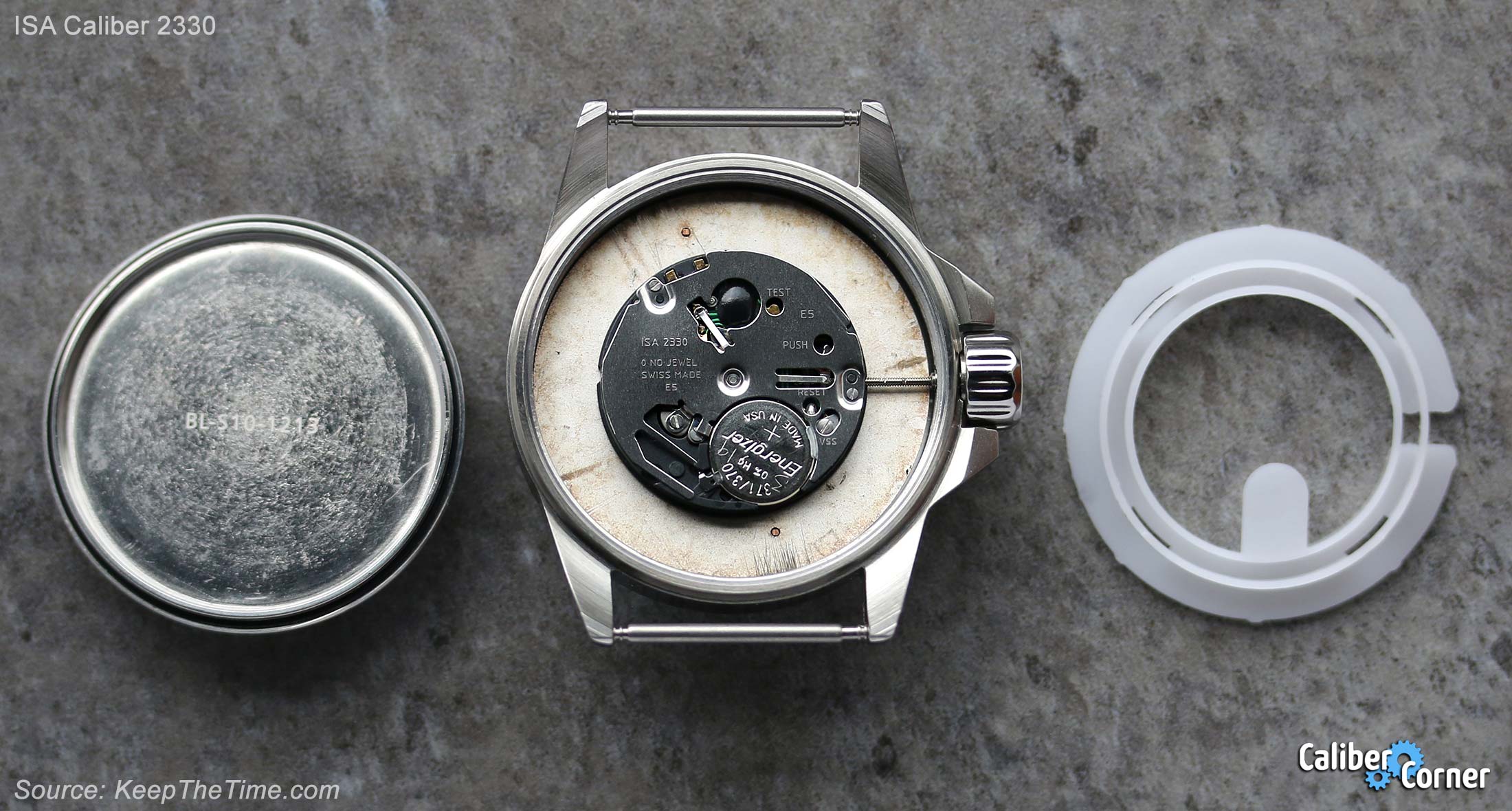