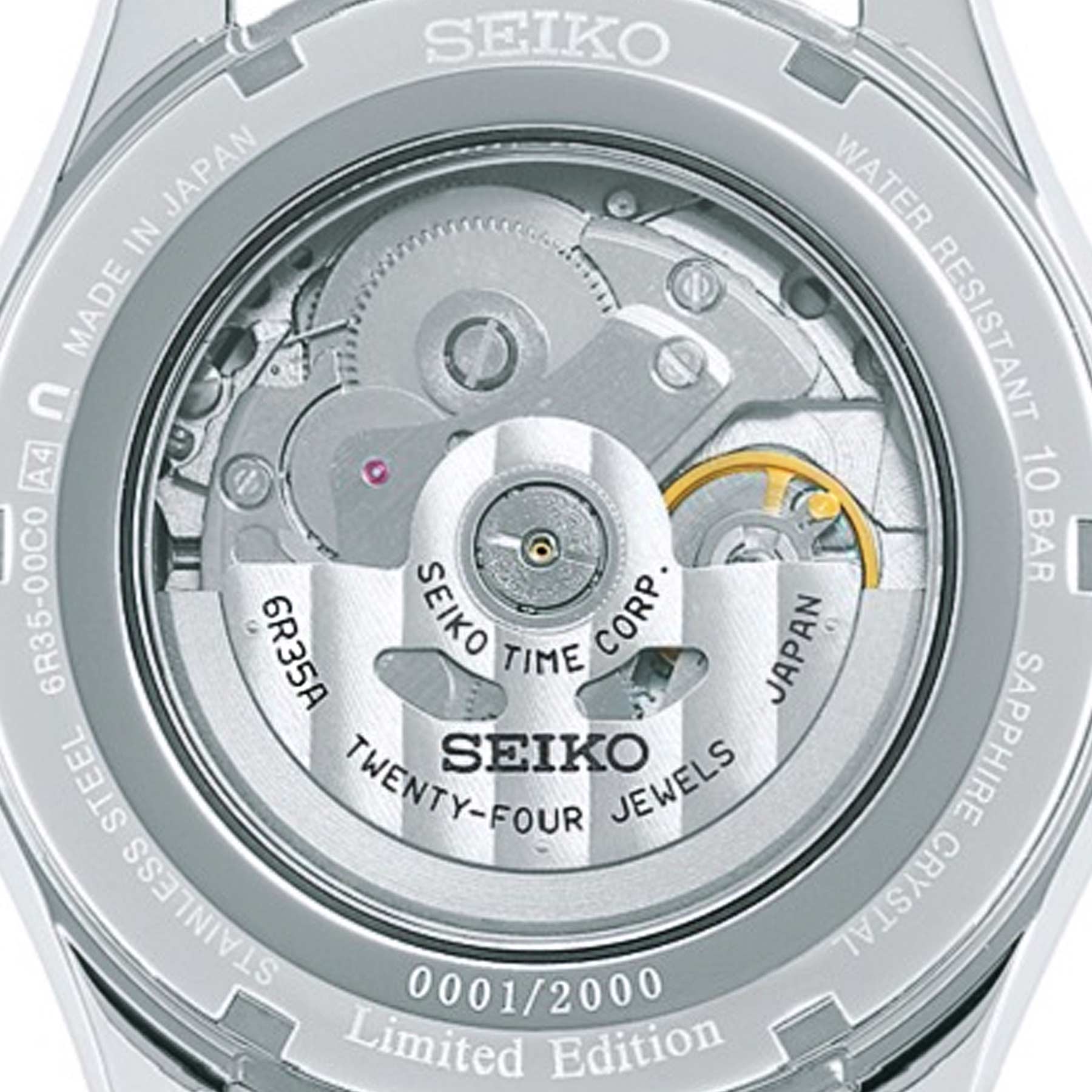 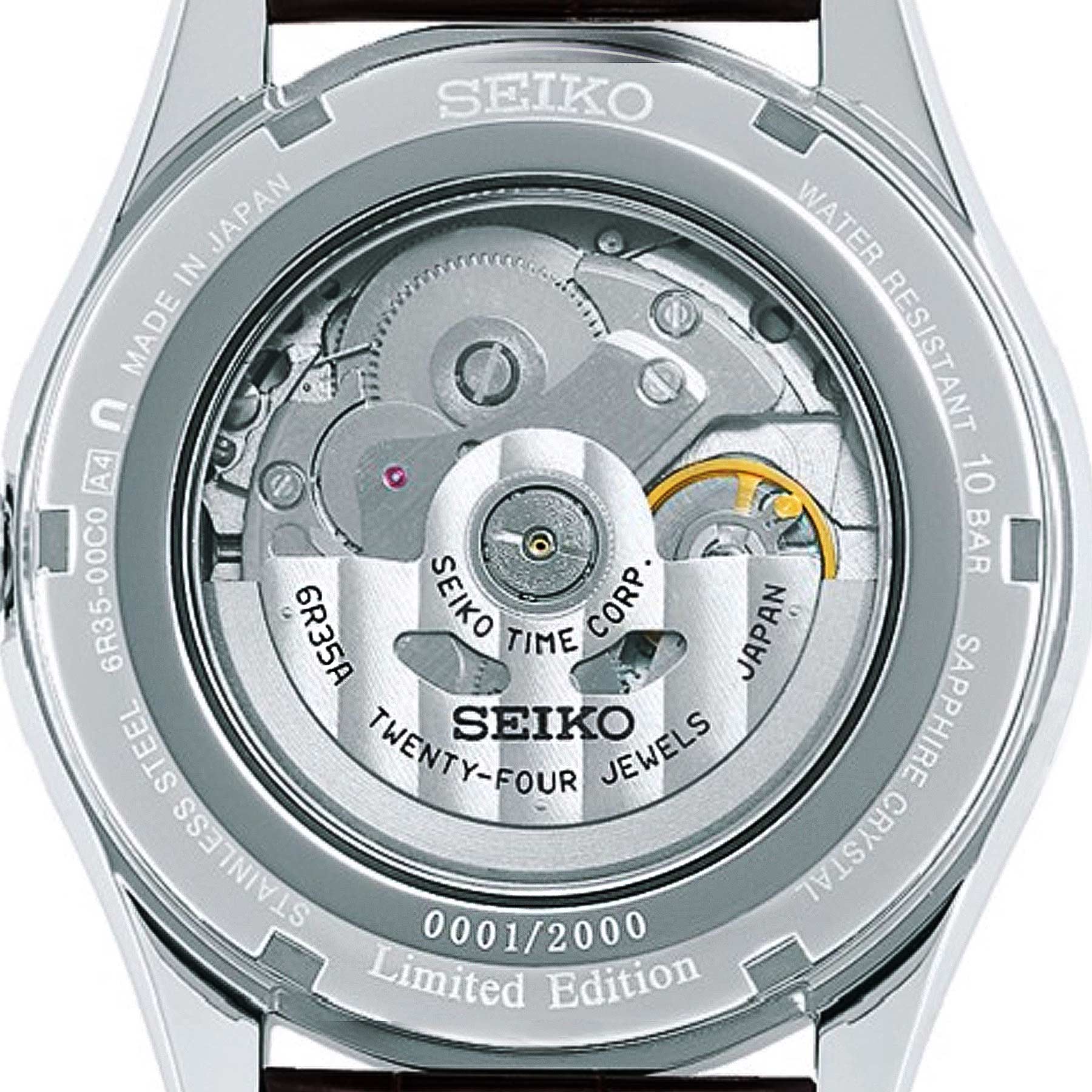 The Seiko caliber 6R35 is an automatic movement that is part of what Seiko refers to as the high performance 6R series caliber. The 6R35 is considered an upgrade from the caliber 6R15. Watches with the 6R35, such as the Presage Arita Porcelain were announced at Baselworld 2019. The Prospex SPB149 powered by the 6R35 was announced in March 2020.

This is still a rather new movement, so currently there is only the 6R35A. The general caliber number is 6R35, with 6R35A being the first version. The subsequent letter variations indicate evolution stages in the movements development. This post will be updated if the movement gets any upgrades.

Seiko claims the accuracy of the caliber 6R35 has a rating of -15/+25 seconds per day in normal temperature conditions (between 5 – 35 degrees C).

The caliber 6R35 holds a power reserve of at least 70 hours. To fully wind the mainspring, turn the crown a minimum of 55 times.

How often does the 6R35 need serviced?

According to official Seiko documentation, watches with the caliber 6R35 should be serviced every 2-3 years. Learn all about Seiko service intervals here. At the time of this post, the starting cost of getting this movement overhauled by Seiko is $260.00 USD.

Examples of watches with caliber 6R35: