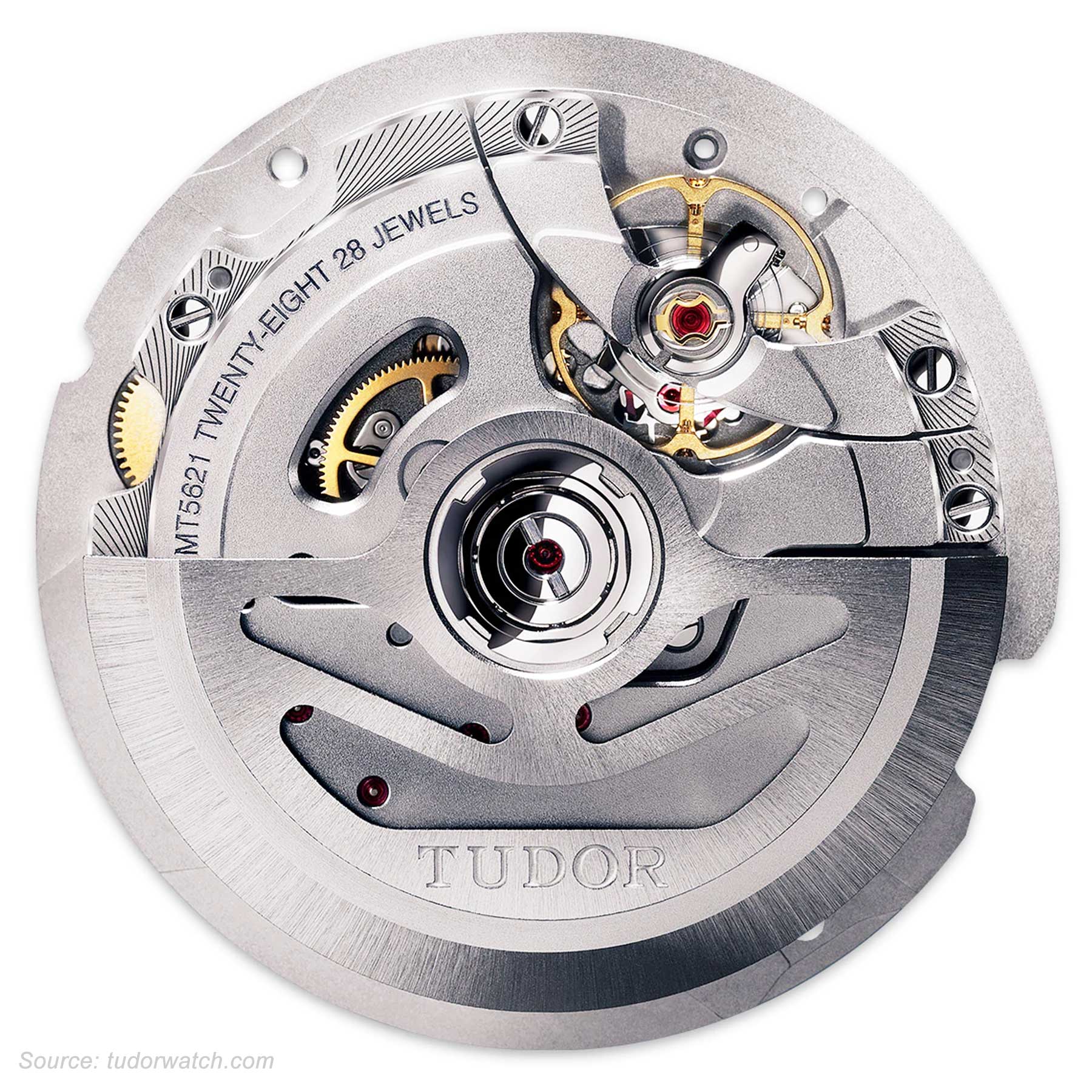 The Tudor caliber MT5621 automatic caliber is an in-house Certified Chronometer (COSC) movement. It is equipped with a bidirectional rotor system and variable inertia balance, micro-adjustment by screw. This caliber also features a non-magnetic silicon balance spring – a first for Tudor (aka Rolex). 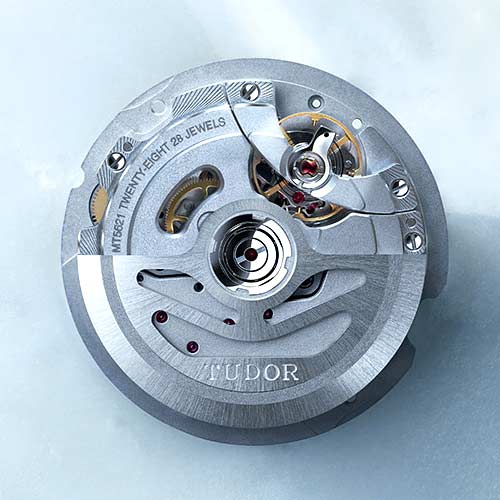 “This movement provides impressive autonomy. Its power reserve of approximately 70 hours means that its wearer can, for example, take off the watch on Friday evening and put it on again on Monday morning without having to wind it. Beating to a frequency of 28,800 beats/hour or 4Hz, the movement is regulated by a variable inertia oscillator with silicon balance spring, held in place by a traversing bridge fixed at both sides to improve resistance to shocks and vibrations. Its self-winding system is bidirectional. The movement is certified by the Swiss Official Chronometer Testing Institute (COSC).” (Source: https://www.tudorwatch.com/en/inside-tudor/watchmaking/movement-5621) 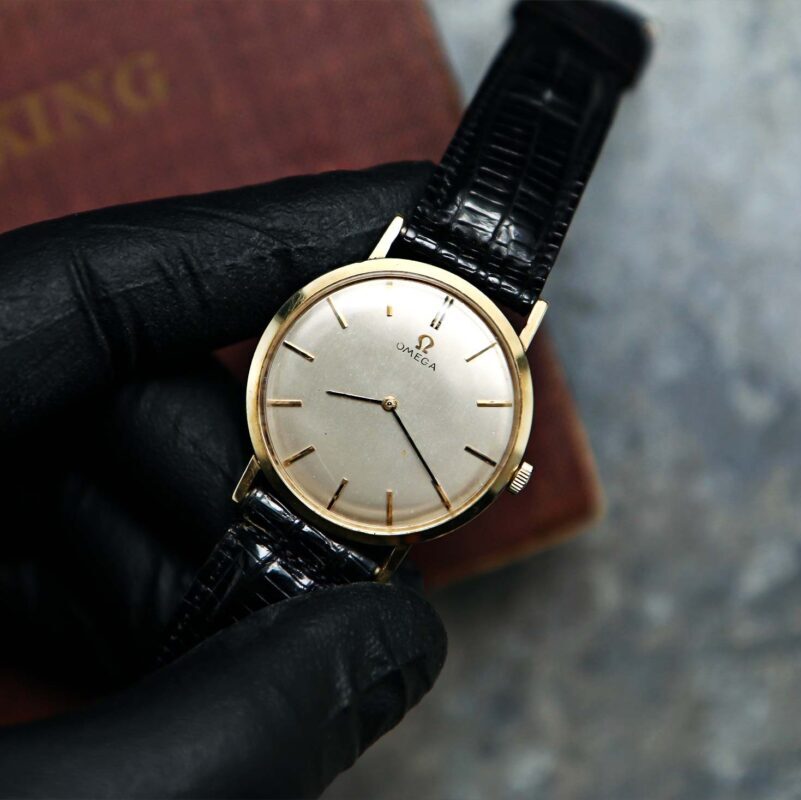