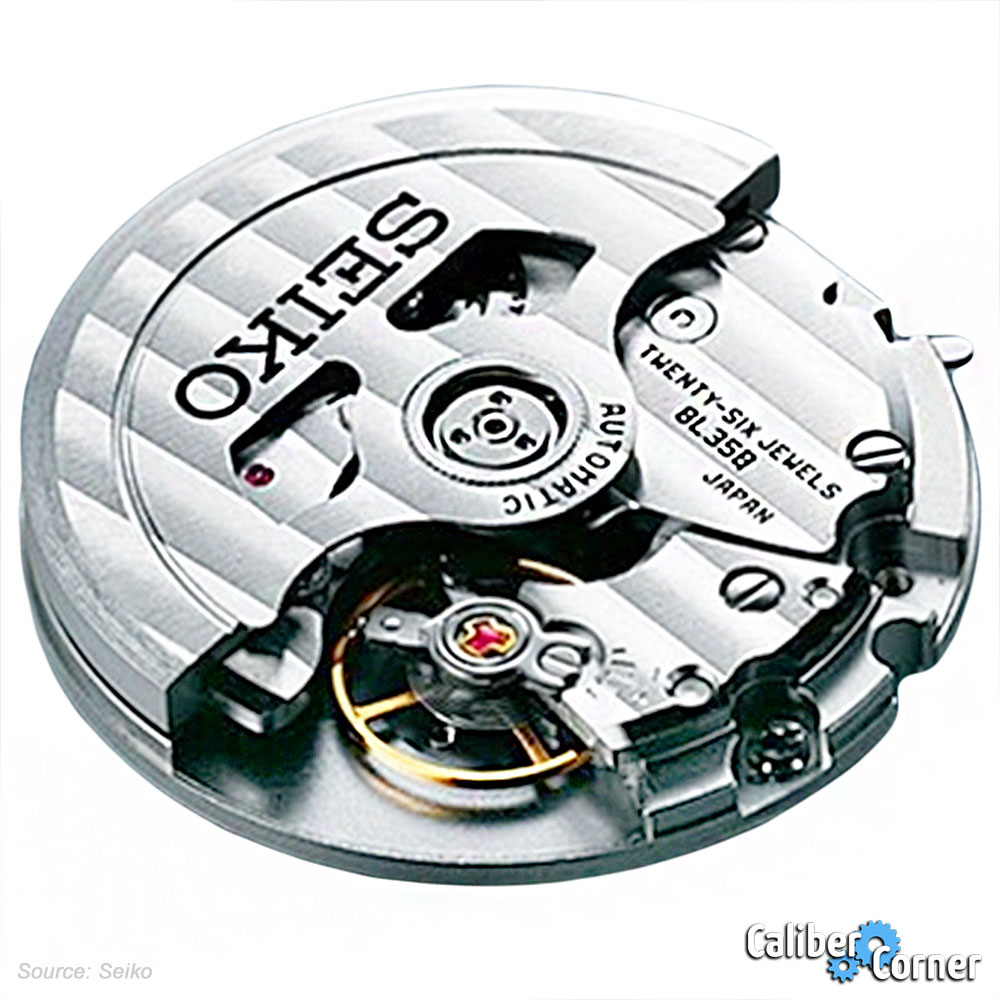 The Seiko caliber 8L35 is an automatic movement that is based on the Grand Seiko caliber 9S55. As with GS movements, the 8L family is said to be assembled by hand at Shizuku-ishi Watch Studio in Morioka. This movement is currently found in several Prospex divers as well as some Brightz Phoenix watches. Generally, dive watches need a solid caseback for increased water resistance, so the 8L35 is rarely seen.

In 2015, Seiko began using MEMS (Microelectromechanical) parts including the pallet fork and escape wheel. At the time of this post (2020), the 8L35 is still found in new Prospex models.

“This limited edition is equipped with the high-grade caliber 8L35, which is hand assembled and adjusted by Seiko’s master watchmakers at the Shizukuishi Watch Studio in Morioka. Assembled from 192 parts, it beats at 28,000 vibrations per hour and has a power reserve of 50 hours.” –Seiko

The 8L35 is essentially an undecorated version of the GS caliber 9S55 with a larger diameter balance wheel to handle the torque needed for the larger dive watch hands. The 8L family is not adjusted/regulated to the same standards and specs as a Grand Seiko movement. The 9S55 was announced in 1998 whereas watches with the 8L35 started showing up around 2000.

The general caliber number is 8L35, with 8L35A being the first version. The subsequent letter variations indicate evolution in the movements development.

Seiko officially claims the accuracy of the caliber 8L35 has a rating of -10/+15 seconds per day in normal temperature conditions (between 5 – 35 degrees C).

The caliber 8L35 holds a power reserve of at least 50 hours. To fully wind the mainspring, turn the crown a minimum of 55 times.

To avoid damaging your watch movement, do not adjust the date between 8:00 PM and 2:00 AM.

How often does the 8L35 need serviced?

According to official Seiko documentation, watches with the caliber 8L35 should be overhauled every 2-3 years. Learn all about Seiko service intervals here. At the time of this post, the starting cost of getting this movement services by Seiko is $398.00 USD.

“Depending on the environment where a diver’s watch is used, its inner parts or movementas well as its case or band may be affected. We recommend that you have your watchoverhauled regularly once every 2 or 3 years.”

As mentioned above, the caliber 8L35 powers some Seiko Brightz Phoenix watches that are available in other markets around the world (not North America). These watches feature an exhibition style caseback offering a view into the movement.

Here is an image that was posted on Photobucket: 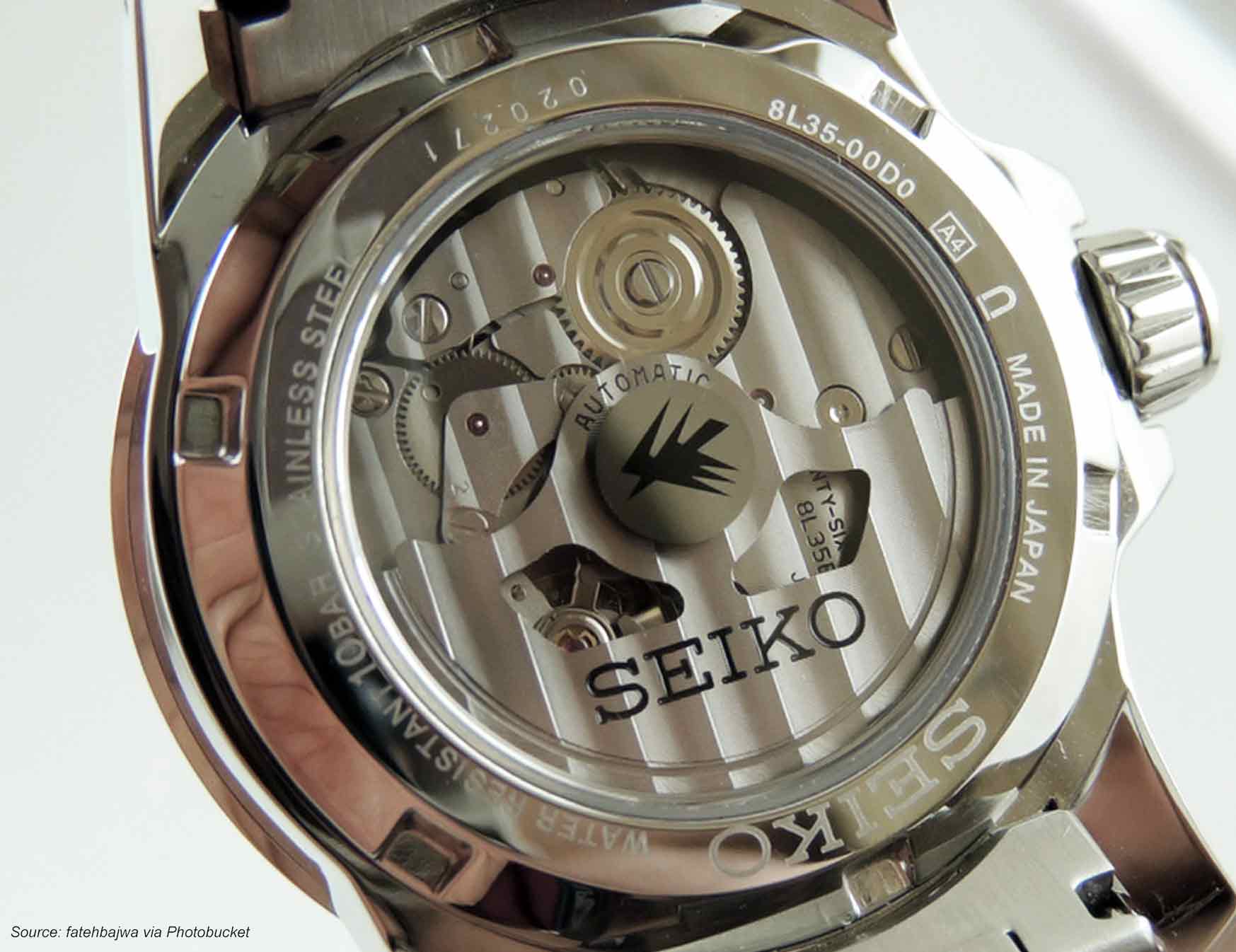 Screenshot of the Brightz Phoenix page from 2012: 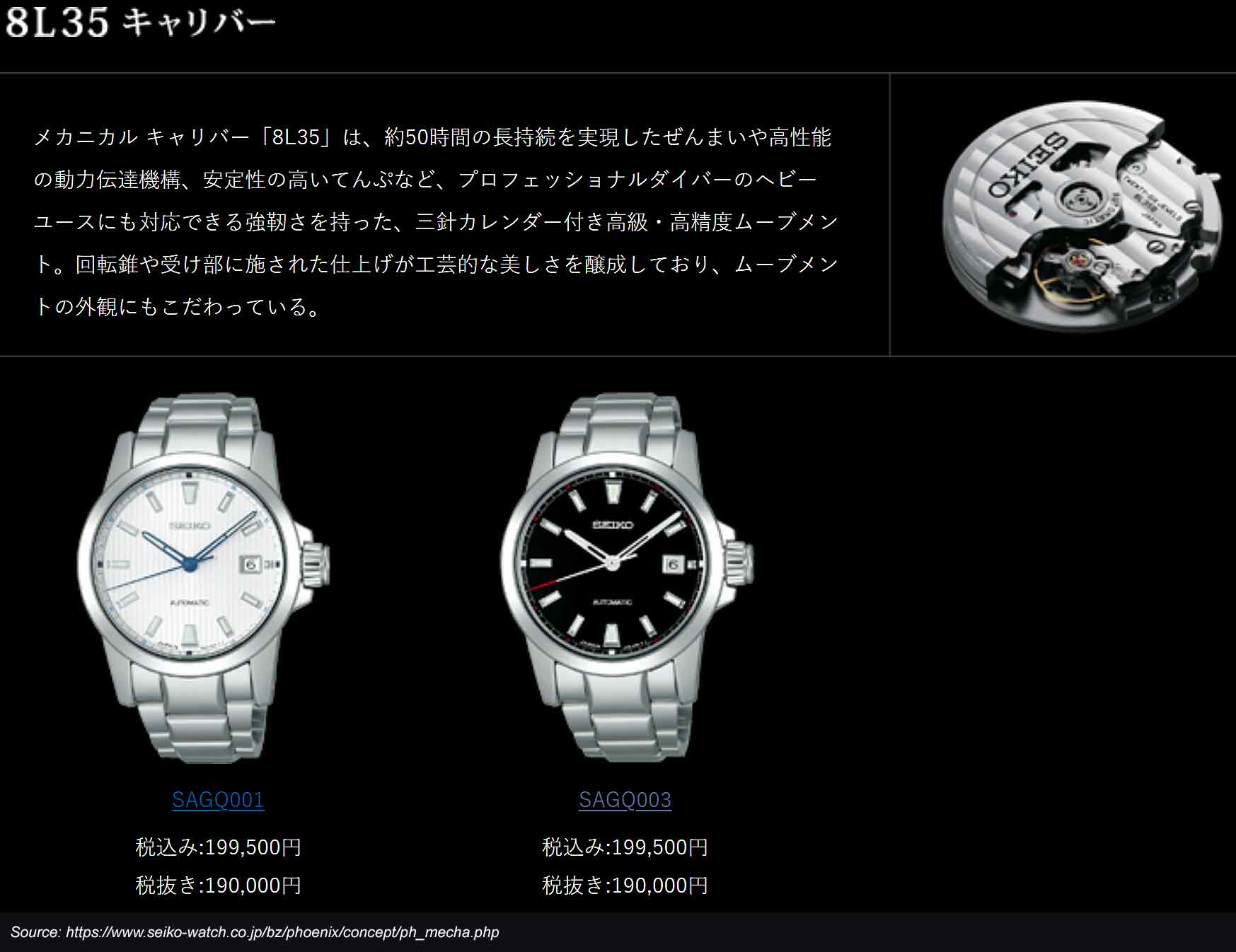 Examples of watches with caliber 8L35: 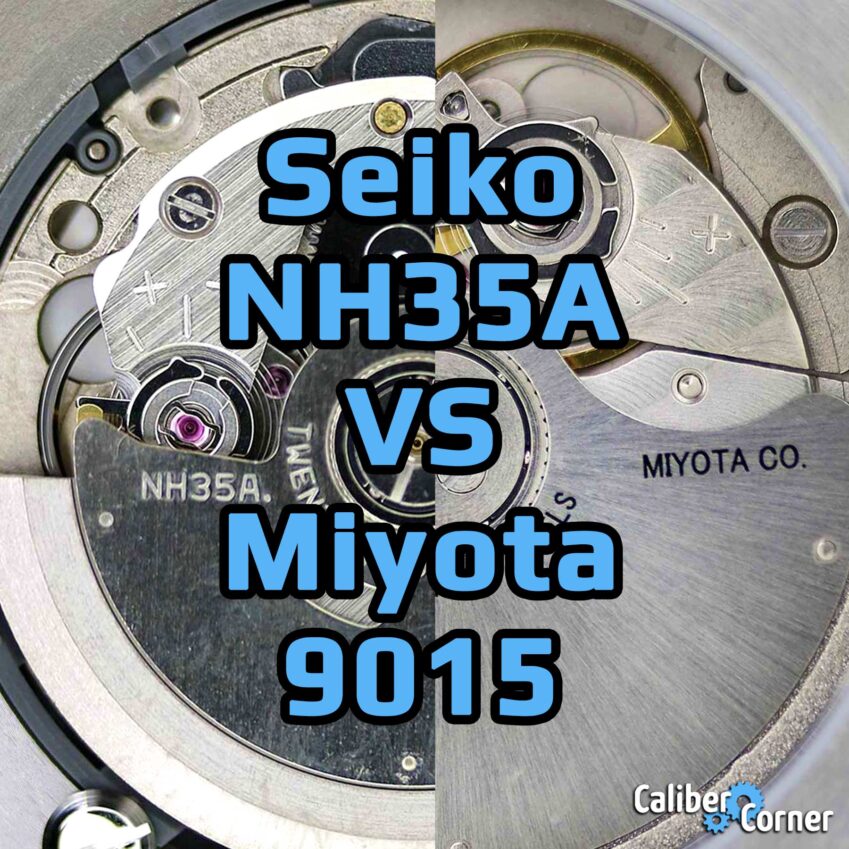