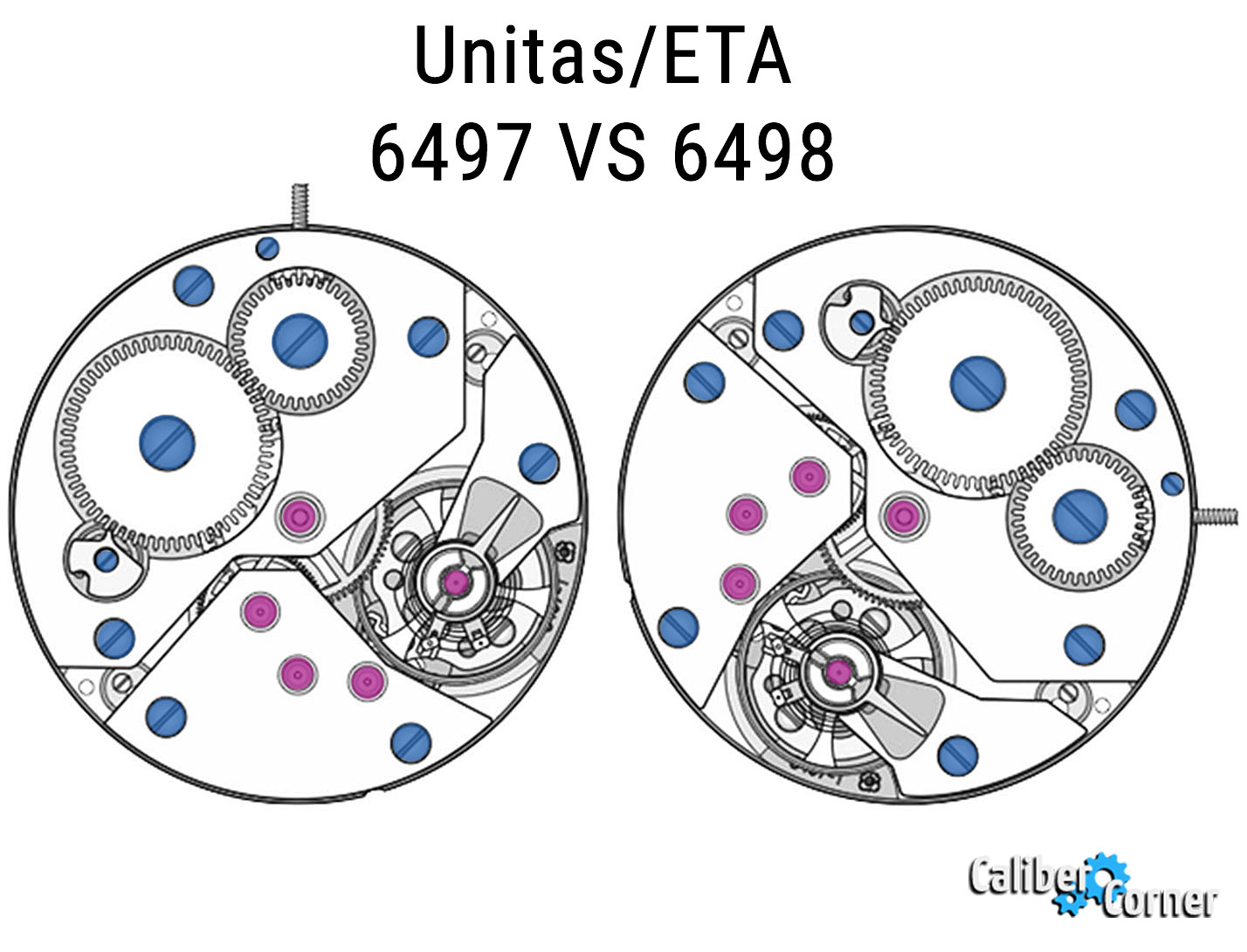 What is the difference between ETA/Unitas caliber 6497 and 6498?

The major difference between the Unitas/ETA caliber 6497 and caliber 6498 is the location of the small seconds subdial.

There are some differences in parts as well. This was outlined by lysanderxiii on wus:

Which one is more popular?

Do you know of more pilot watches with the small seconds at 6:00 or 9:00? It seems that there are more 6:00 subdials out there, making the 6498 more popular. However, with that said, you may find that more listing mix these movements up and list most watches as having the 6497 without actually knowing the difference. Hopefully this post will change that!

Have you noticed any other differences? Please comment below.