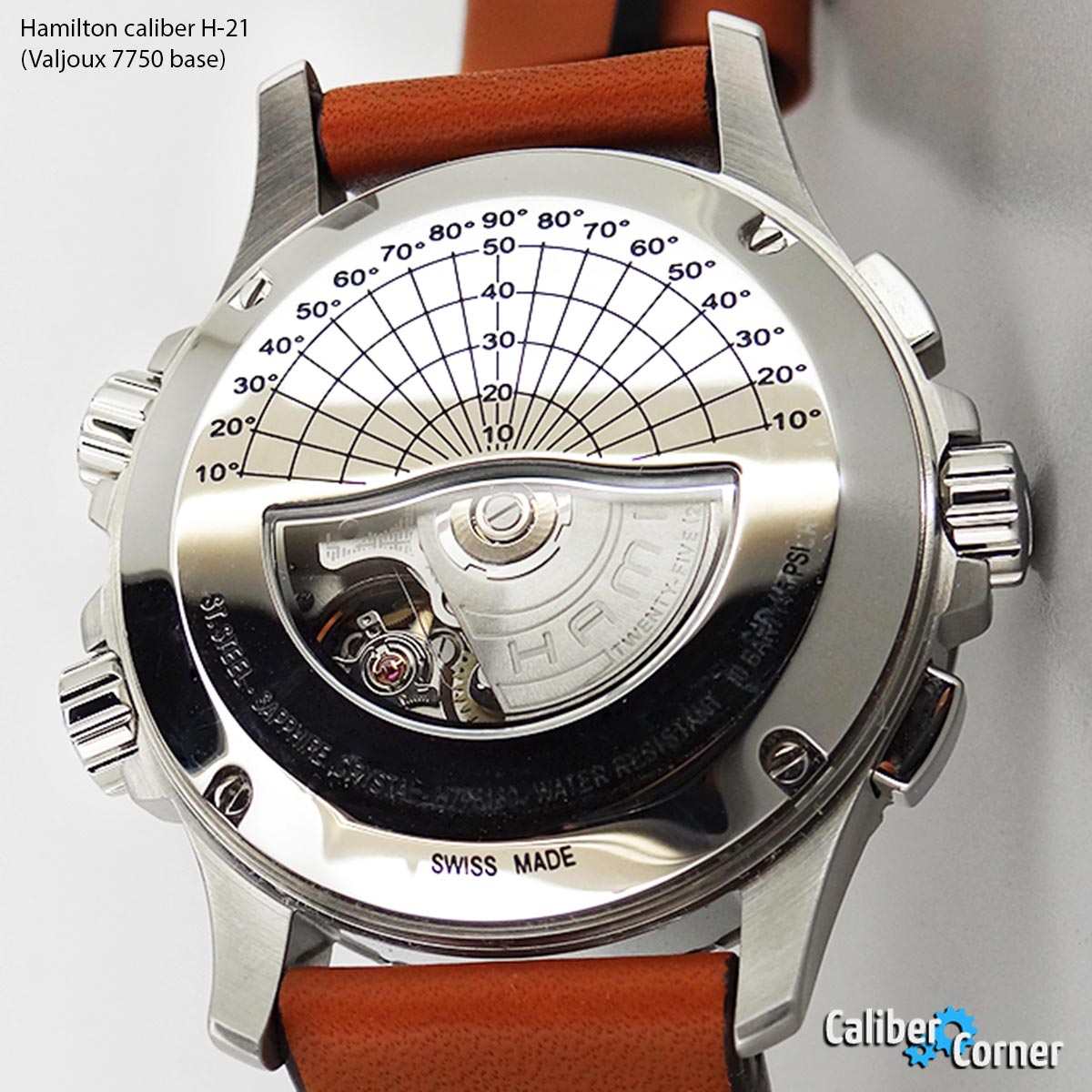 The pictured example of the Hamilton caliber H21 was found in a Hamilton X-Wind Chronograph watch. It is essentially a Valjoux/ETA 7750.

The H-21 variant of the 7750 features a custom designed H pattern on the bridge, and engineered for increased accuracy and an increased 60 hours power reserve instead of 42 hours.

Here is an interesting accuracy report by DaveTOG on WUS:

“Out of the box I seemed to be gaining about a minute and a half a week. Doing my best to judge it by running the chrono full time for a couple of days, I was about +12. Knowing that a typical Valjoux 7750 with basic Standard Grade should be +/- 12 seconds a day.

Now it is my understanding that Hamilton never uses below Elaboré grade for any of their movements. Which should put us closer to +/- 7 seconds AND they say above the H21 is a 7750 that has been modified and the “Spiral has been Glittered to increase accuracy and stability” Whatever that means. I would expect closer to “Top Grade” and give me closer to +/- 4 seconds.

I gave it a standard “Break In” period of just over a month. The numbers never changed. Soooo off to my “watch guy” to get it regulated. My guy threw it on his machine, confirmed a +11. So 2 days and $38.00 later I picked it up. He boasted that I should be to +/- 1 “or so” the guy is good, but let’s face it, only as good as the movement he has to work with.”

Is it an In-House Movement?

It’s important to keep in mind that Hamilton is owned by Swatch Group, which also owns ETA movement factory. While this watch carries it’s own caliber number and has some differences when compared to a stock 7750, it’s still not exactly in-house. Although, technically Swatch can call anything they make “in-house”.

Buy watches with a similar caliber: