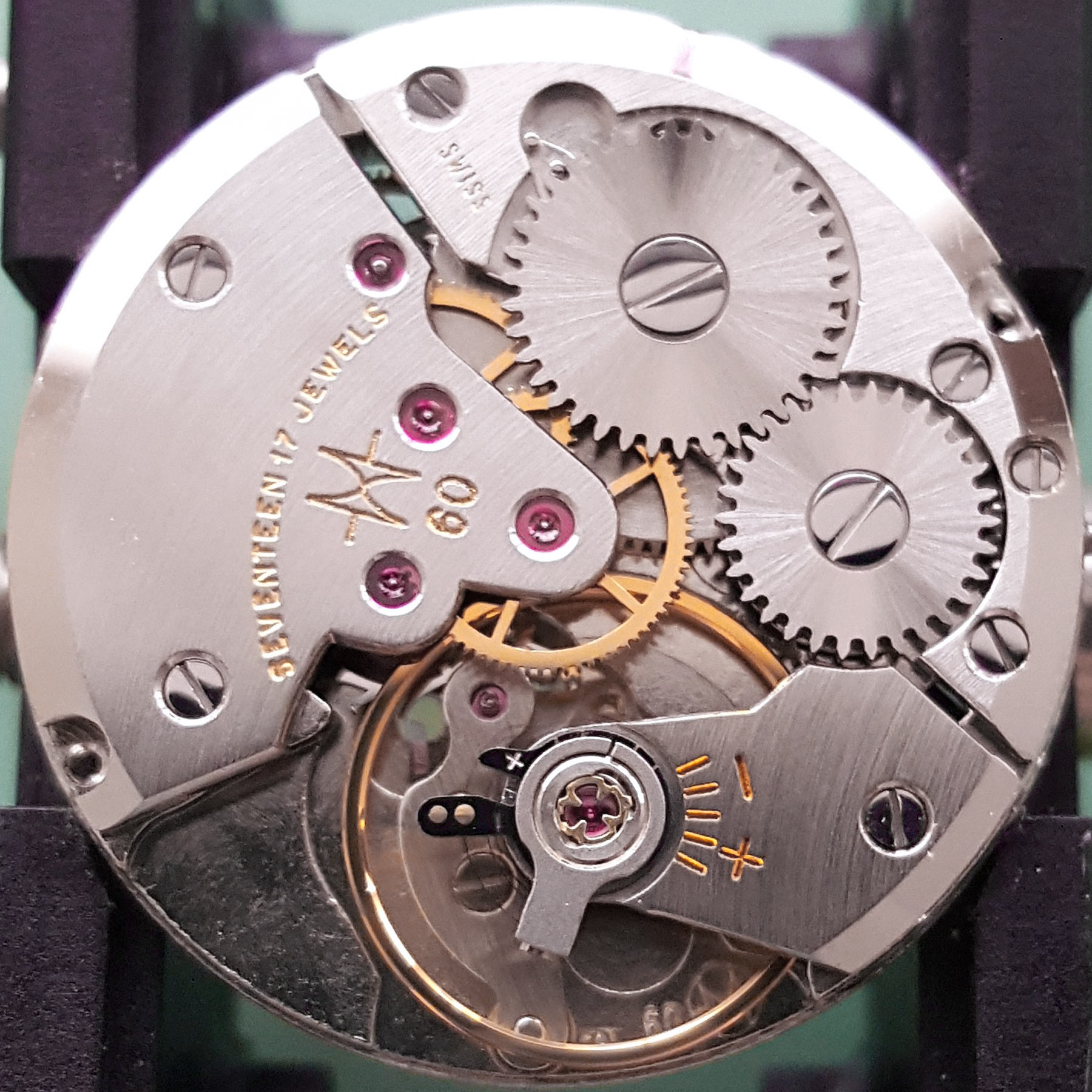 The Hamilton caliber 60 is a 17 jewels vintage manual-wind mechanical movement. This caliber was produced in the 1960s – 1970s.

The original Hamilton Watch Company was founded in 1892 in Lancaster, PA. In 1966, the company acquired the Swiss-based Buren Watch Company. Hamilton made watches in USA until 1969, the same year that operations were moved to Buren facilities in Switzerland. Only 3 years later, in 1972, the Hamilton/Buren partnership was dissolved, which lead to the Hamilton brand being purchased by what eventually became Swatch Group in 1974. Hamilton watches are still being produced today by the conglomerate.