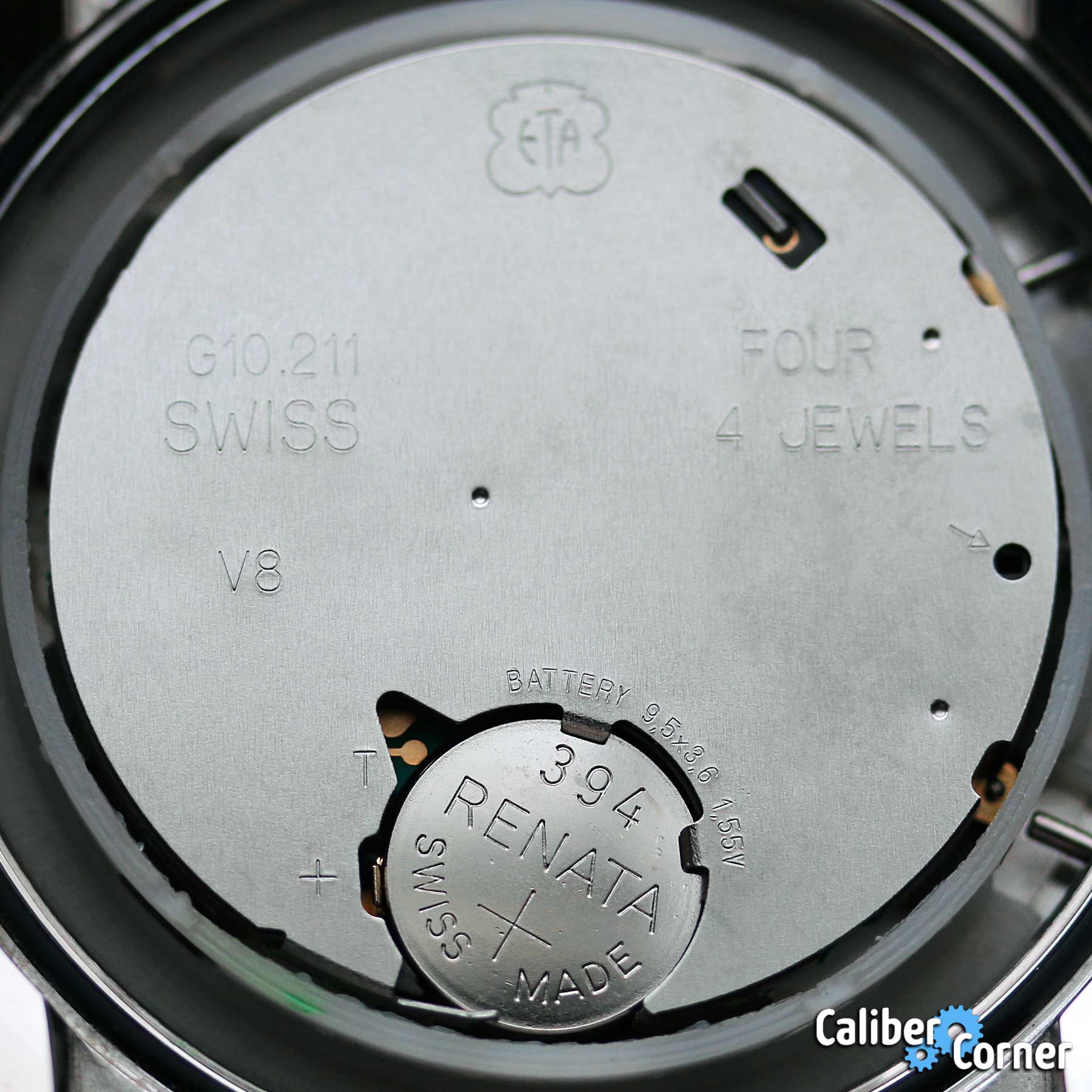 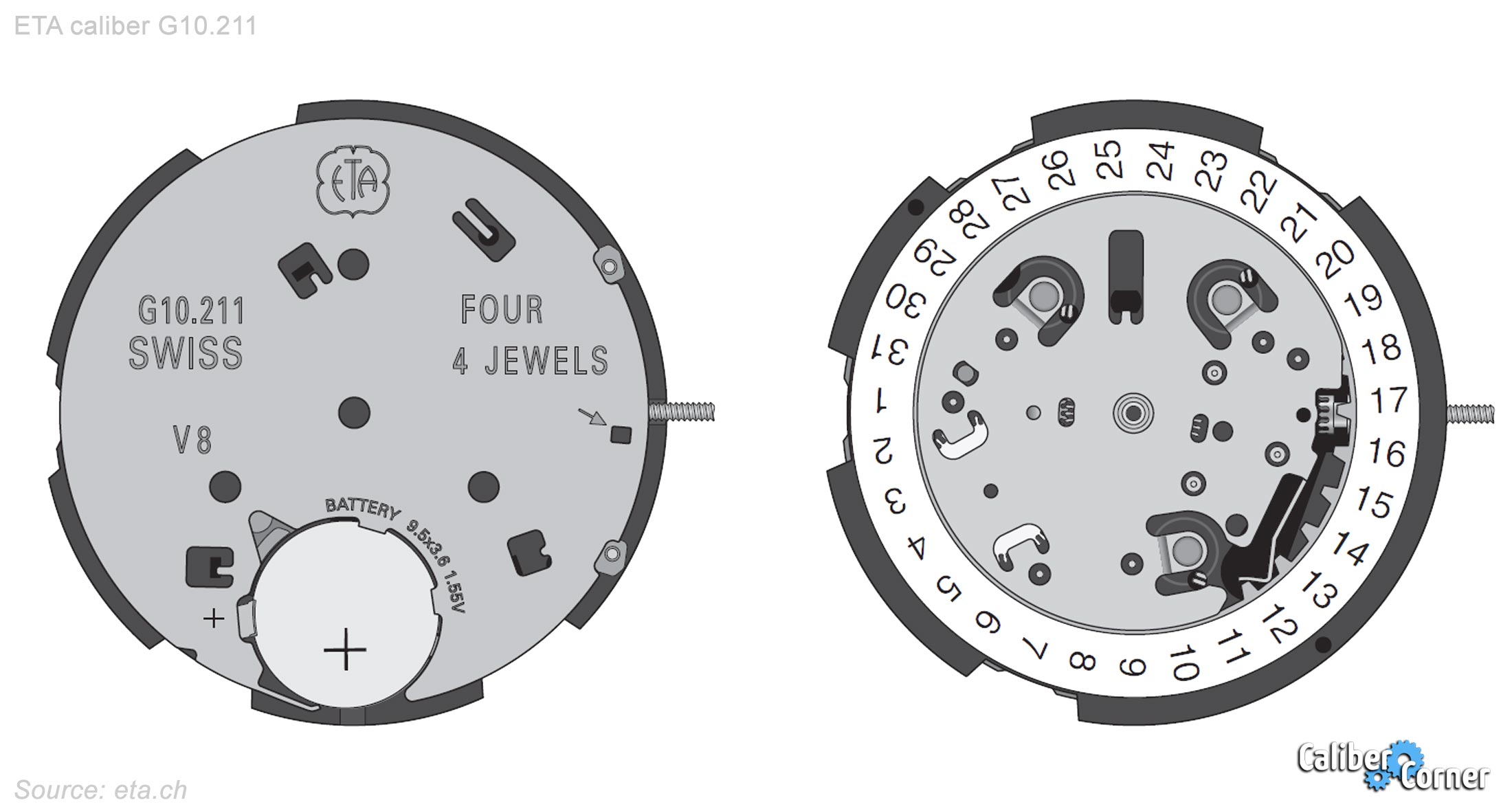 The ETA caliber G10.211 is a Swiss “assembled” quartz chronograph movement with 4 jewels. This movement is part of ETA’s Fashionline group of quartz movements. This caliber is not considered to be a repairable movement and is largely found in entry level lower priced timepieces. 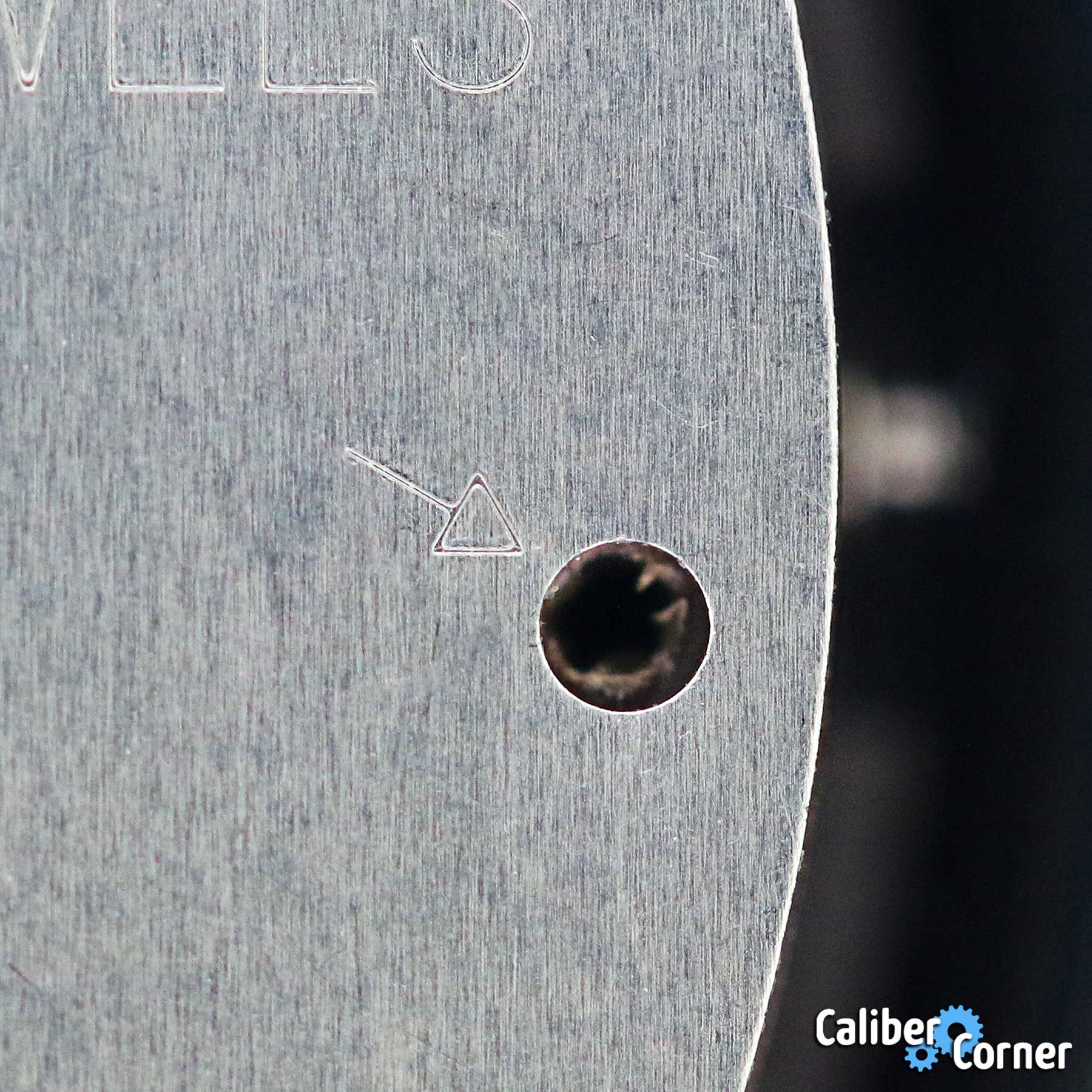 The metal plate on the G10.71A is just a thin cover with sticky adhesive. Below this metal cover you will find an plastic encasing that holds everything together.

This is what the movement looks like below the metal cover: 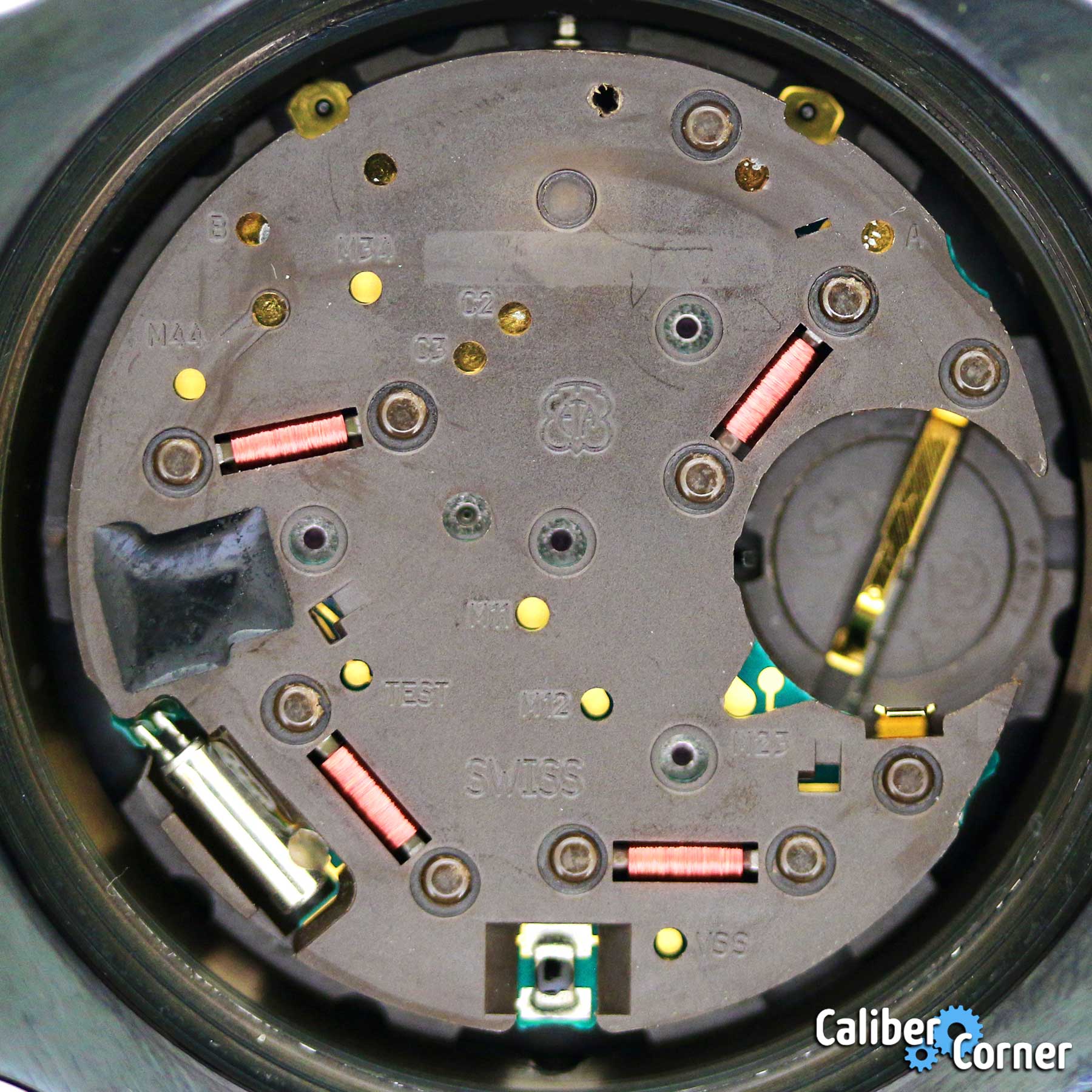 “Movements of these calibres can-not be disassembled; therefore, this document contains informa-tion on electrical tests and hand-fitting only.” -ETA

The ETA caliber G10.211 has been discontinued.  Caliber G10.212 is a possible replacement.

At the time of this post, replacement prices for the G10.211 were not found online because it has been discontinued. Prices for the replacement caliber G10.212 were found in the range of $45 – $59.99 USD. 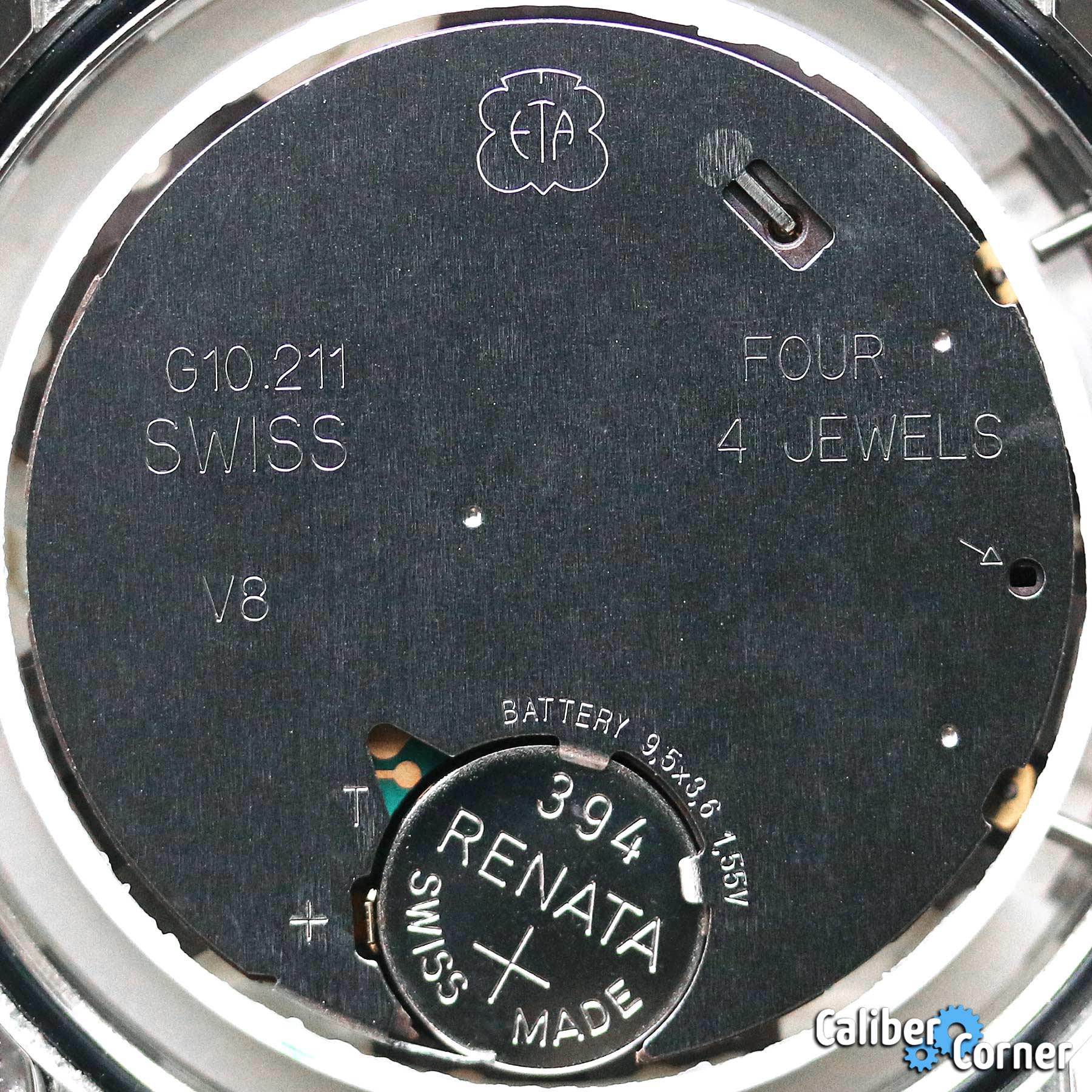 Examples of Watches With This Caliber

Please share your experiences and thoughts about the ETA caliber G10.211 in the comments section below… 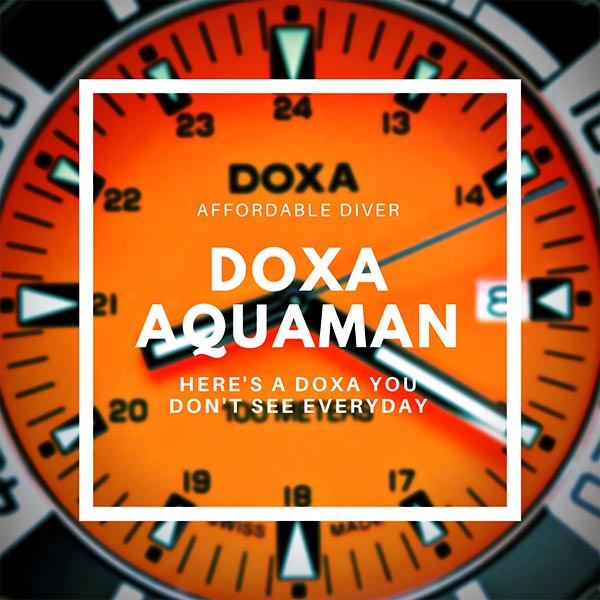