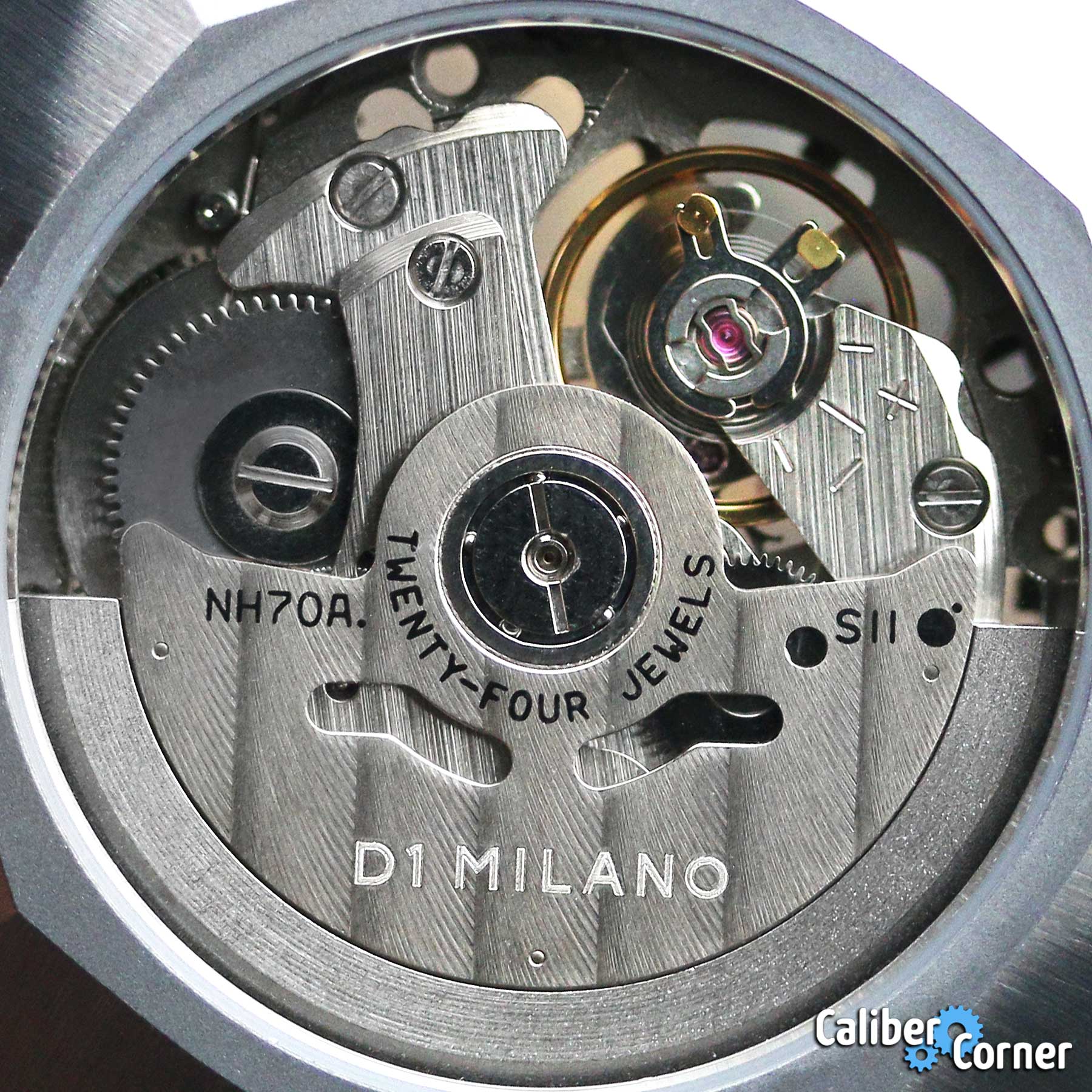 The Seiko/TMI/SII caliber NH70A is a skeletonized automatic caliber in the NH family of watch movements. This movement is based on the popular NH3 (NH35A) framework therefore is hackable as well as hand-windable.

The earliest documentation on this movement that we were able to find was issued on 5/23/2018, however, this movement has been available since at least 2016.

The general caliber number is NH70, from the NH family of movements, with NH70A being the first version. The subsequent letter variations indicate evolution in the movements development. As of this post, only the NH70A exists, but if there are any upgrades or changes to the movement in the future, the letter will change to NH70B, NH70C, and so on.

There is a similar caliber NH71. The NH71 is newer than the NH70, but the main difference between these two movements is cosmetic: The NH70 is nickel plated and the NH71 is gold plated (gilt).

Another thing to note about these two calibers is that the NH70 can be made in either Japan or Malaysia, but at the time of this post, the NH71 is only made in Japan.

The caliber 4R71 is a Seiko-only version of the NH70. It is used in watches like this Seiko Premier SSA399J1 . Seiko Instruments (aka SII) sells the NH70A to other manufacturers for use in non-Seiko watches. At the time of this post, the 4R71 has 23 jewels and the NH70A has 24 jewels (see below).

In the technical documentation, Time Module claims that the NH70A accuracy range is within -20~+40 seconds per day under normal conditions. They use three measurement positions: Dial up, crown up, crown down.

So what does fully wound up mean? The NH70A should be fully wound after about 55 manual turns of the crown. This movement is also equipped with the Seiko Magic Lever, so shaking the watch side to side should get it going almost immediately.

The caliber NH70 has two crown positions (not counting screwing in the crown if your watch is equipped with a screw-down crown): 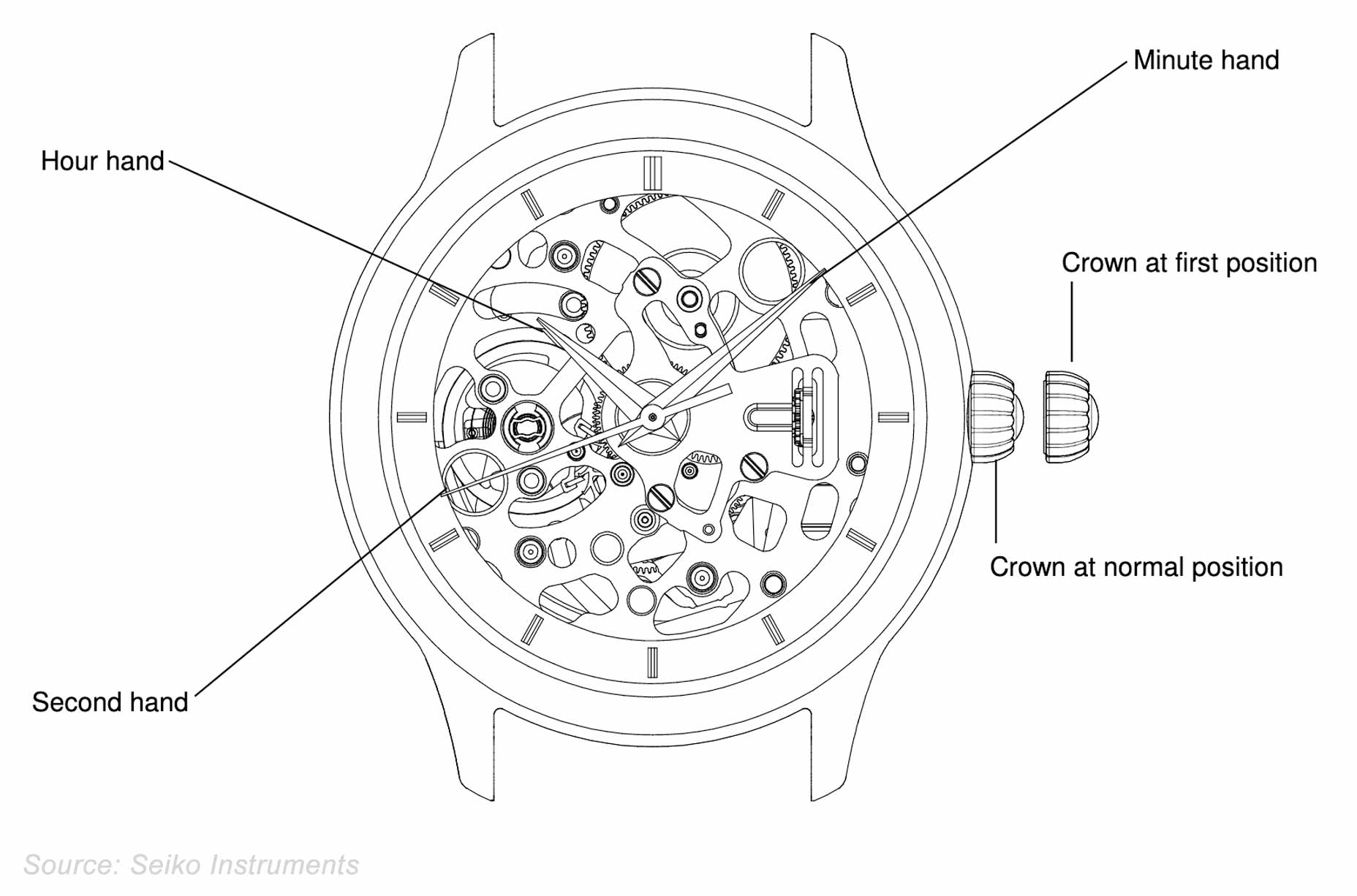 Since the NH70A is based on the NH35A, that means it has hacking functionality. A hackable watch is one that stops the second hand from advancing forward when the crown is pulled out to time setting mode. Seiko officially refers to this hacking function as a “second hand reset” and the hacking mechanism as a “balance stop lever”.

Some watch brands using the NH70A will opt for a custom rotor, but according to official tech sheets, two stock rotors are available depending on the country of origin: Japan or Malaysia. Regardless of origin, the stock Seiko rotor has Côtes de Genève finishing.

At the time of this post, replacement prices for the caliber NH70A were found online in the range of $40-55 USD. 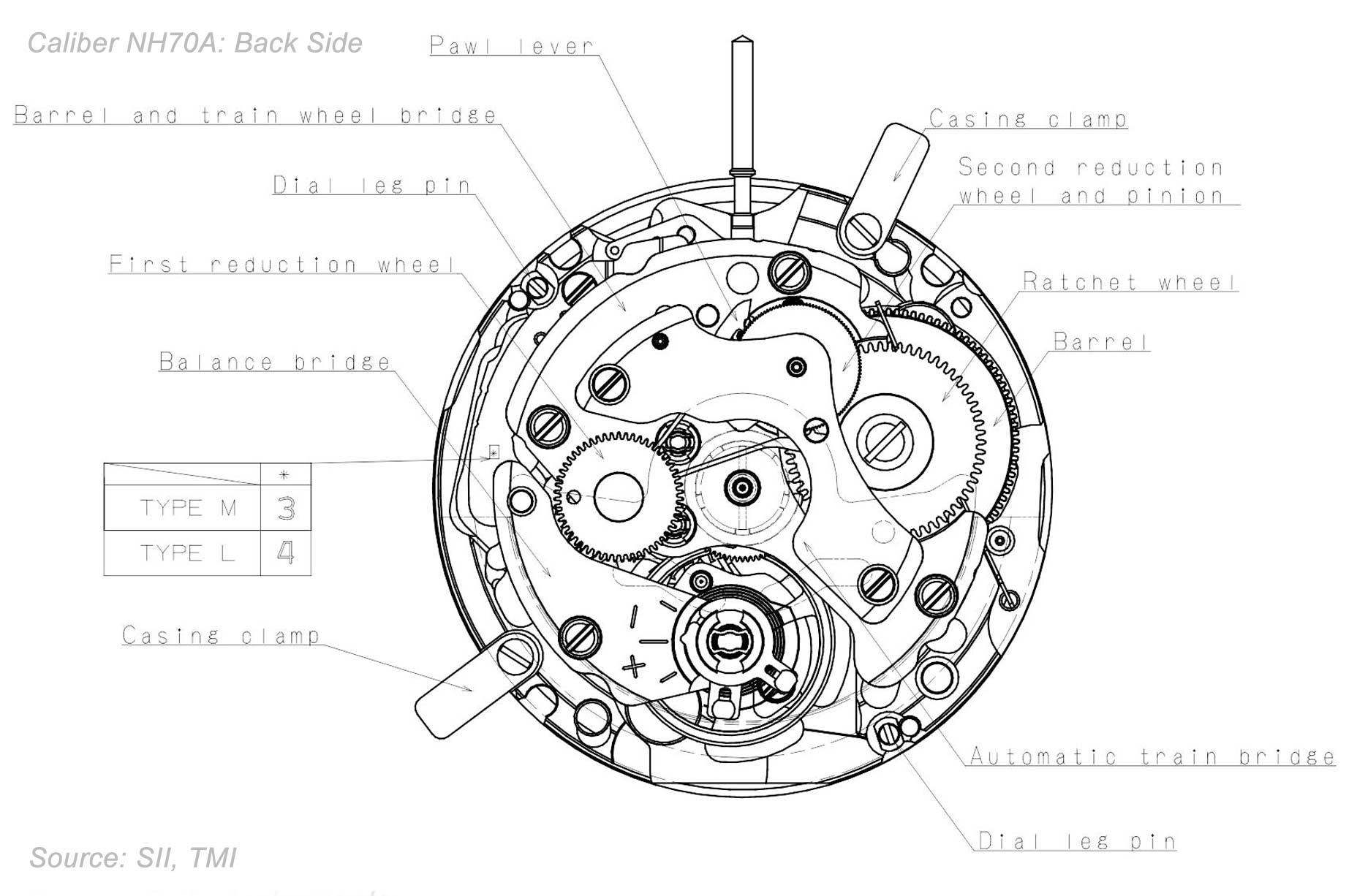 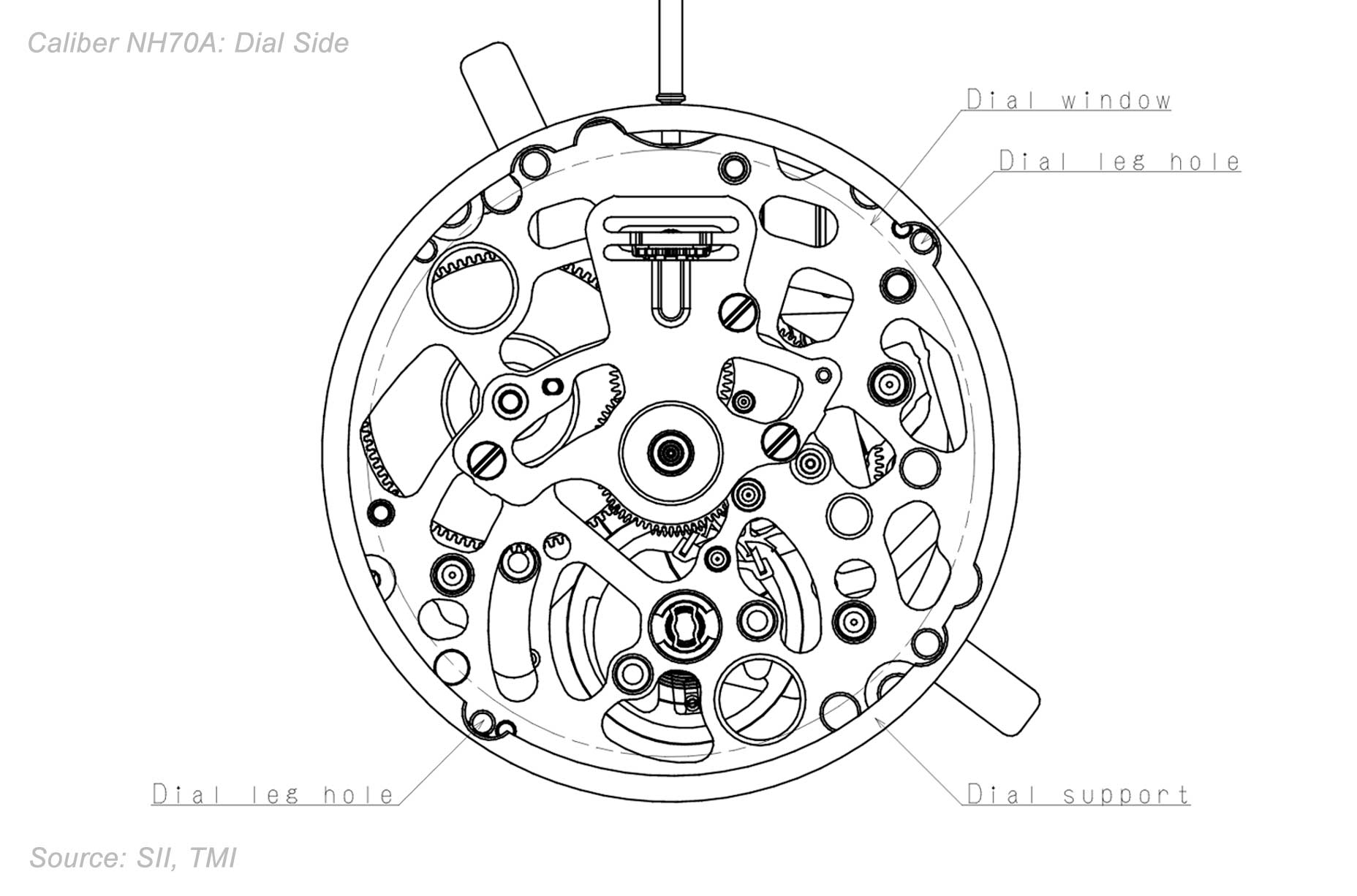 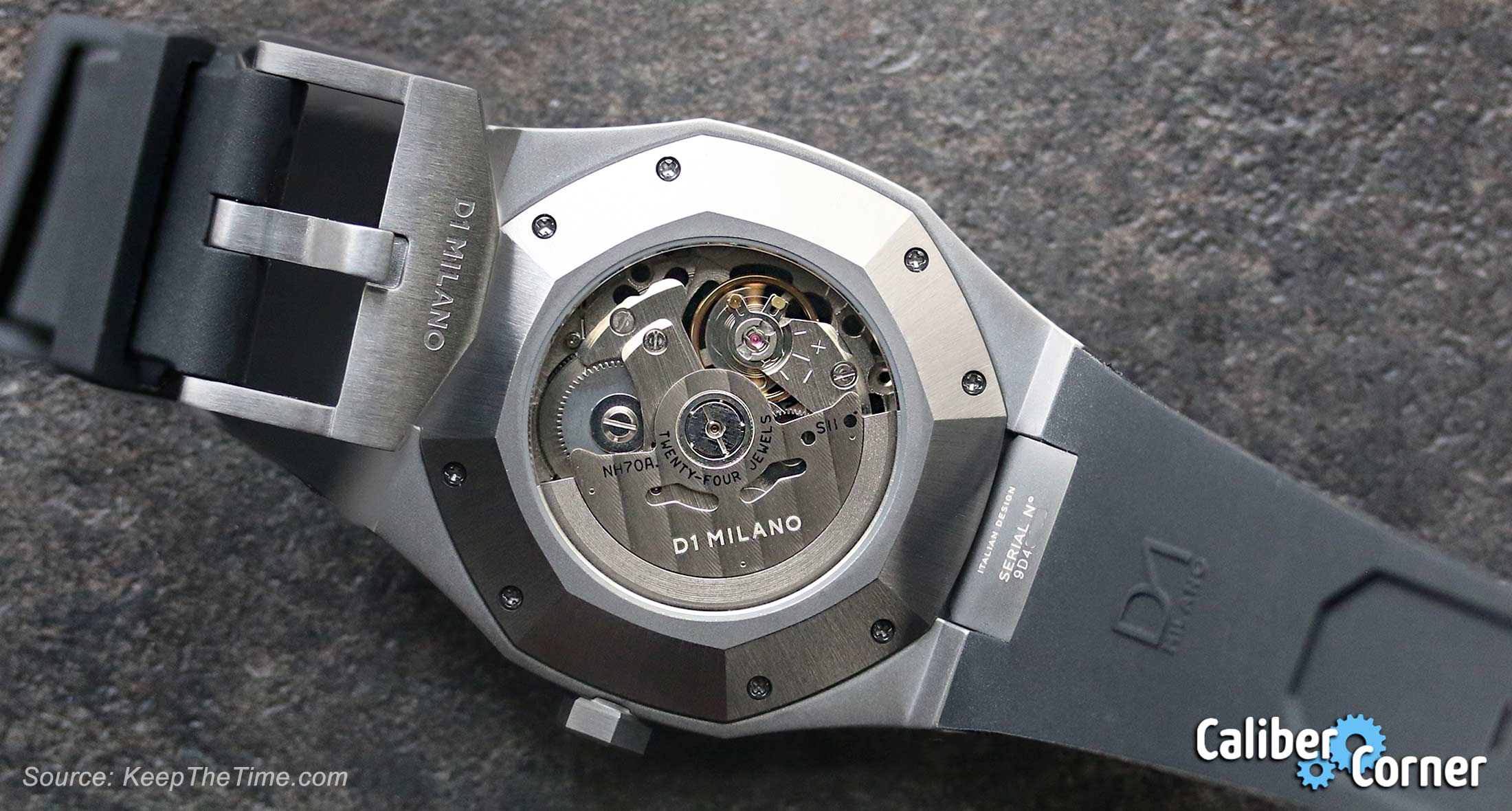