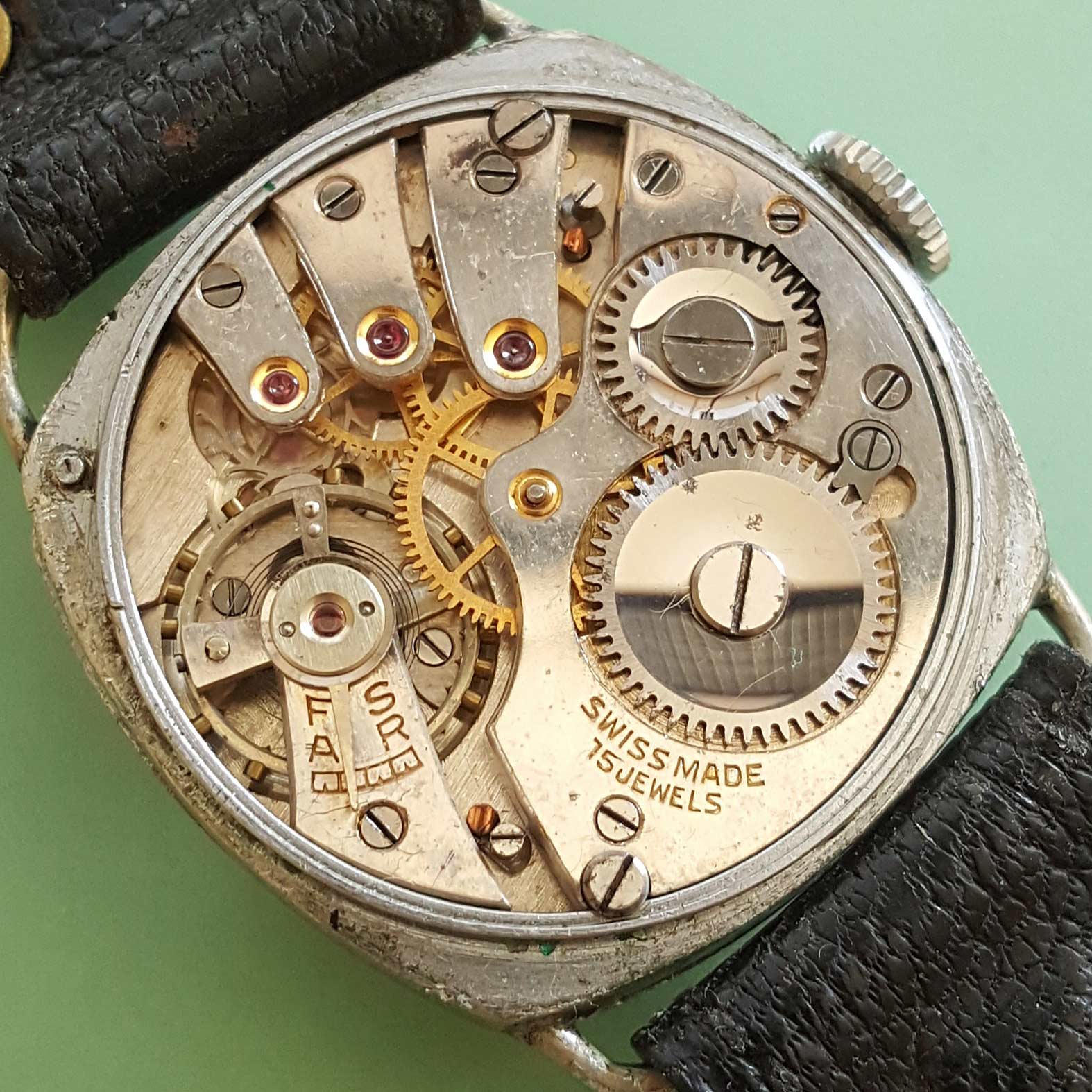 The Roamer/MST caliber 264 was introduced in circa 1927 and was found in watches until around 1938. This movement was produced in Solothurn, Switzerland.

The example shown above is from an early model 264 which had an early anti-shock system added in later versions. This caliber evolved into the caliber 296. While both calibers share some parts, a distinguishing factor is the 296 had a more economical single train bridge, compared to the three finger train bridge in the 264.

Notes from wahawatches.com in reference to the movement pictured:

This is one of the bigger movements with 12 ligne… Looking at the (lack of) shock protection, this is an earlier model. Circa late 1920s or early 1930s… the bridges of this three-finger wheel-train bridge are all separate. Later MST movements (and Buren movements, for example) have similar looking bridges but they are 1 piece.

Roamer Watch Company was founded in 1888 and watches are still being made under the Roamer name. The letters MST come from the initials of the founders. They established the Meyer & Studeli movement factory in 1905 and by 1952 they were making watches fully in-house with the name Roamer. On the caliber above, the MST stamp is partially visible behind the balance wheel.