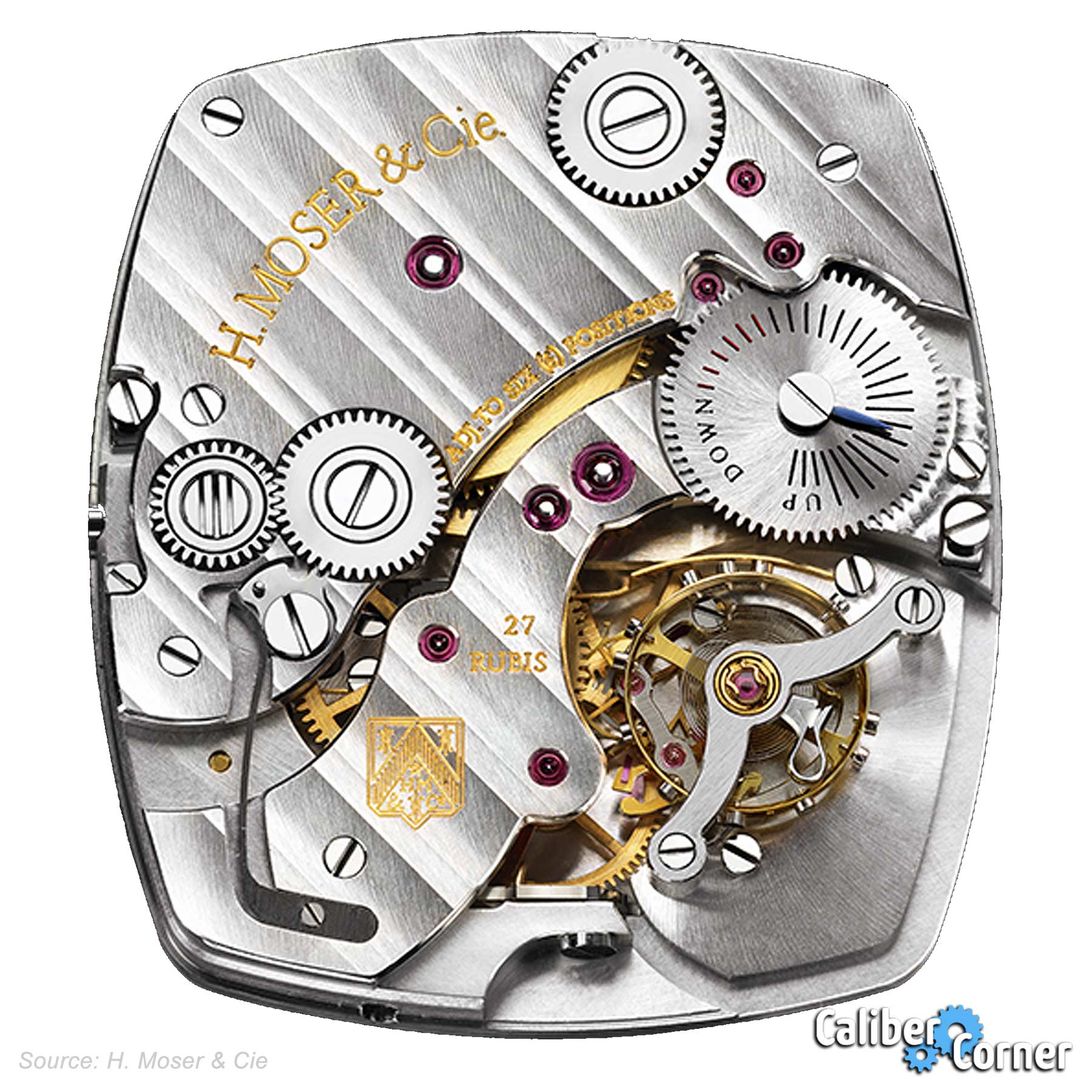 The H. Moser & Cie caliber HMC 324 is an in-house hand-wound mechanical movement found in the rectangular Swiss Alp series of watches, including their last editon: The Final Upgrade.

The HMC 324 is also found in the Swiss Alp Final Upgrade watch. This timepiece was announced on February 3, 2021. Instead of a seconds hand, the movement in this model was modified to features a small seconds disc that resembles Apple loading screen graphic from the dial side of the watch. 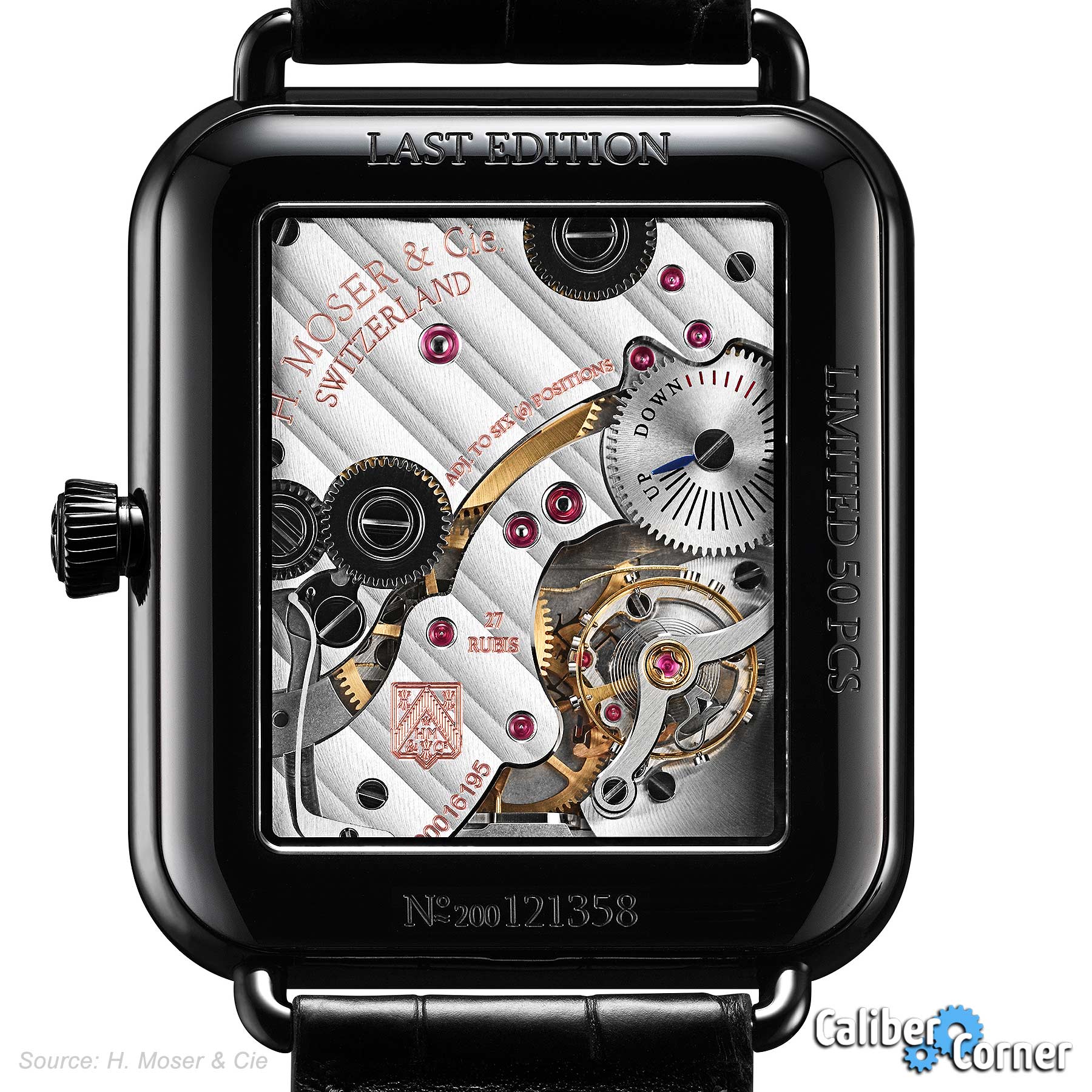 How it works is that the all black dial has translucent cutouts in the shape of the loading graphic, and behind that is the disc attached to the movement. The disc is part off-white and part dark grey. The colors on the disc fade into each, so when the watch is running, it produces the appearance of the loading animation displayed on Apple watches when installing updates. The irony, of course, is that this is H. Moser’s final update to the Swiss Alp… a mechanical timepiece that never needs updated. The infinite loading animation is a constant reminder of that, as well as a reminder to disconnect and take a break from the connected world. 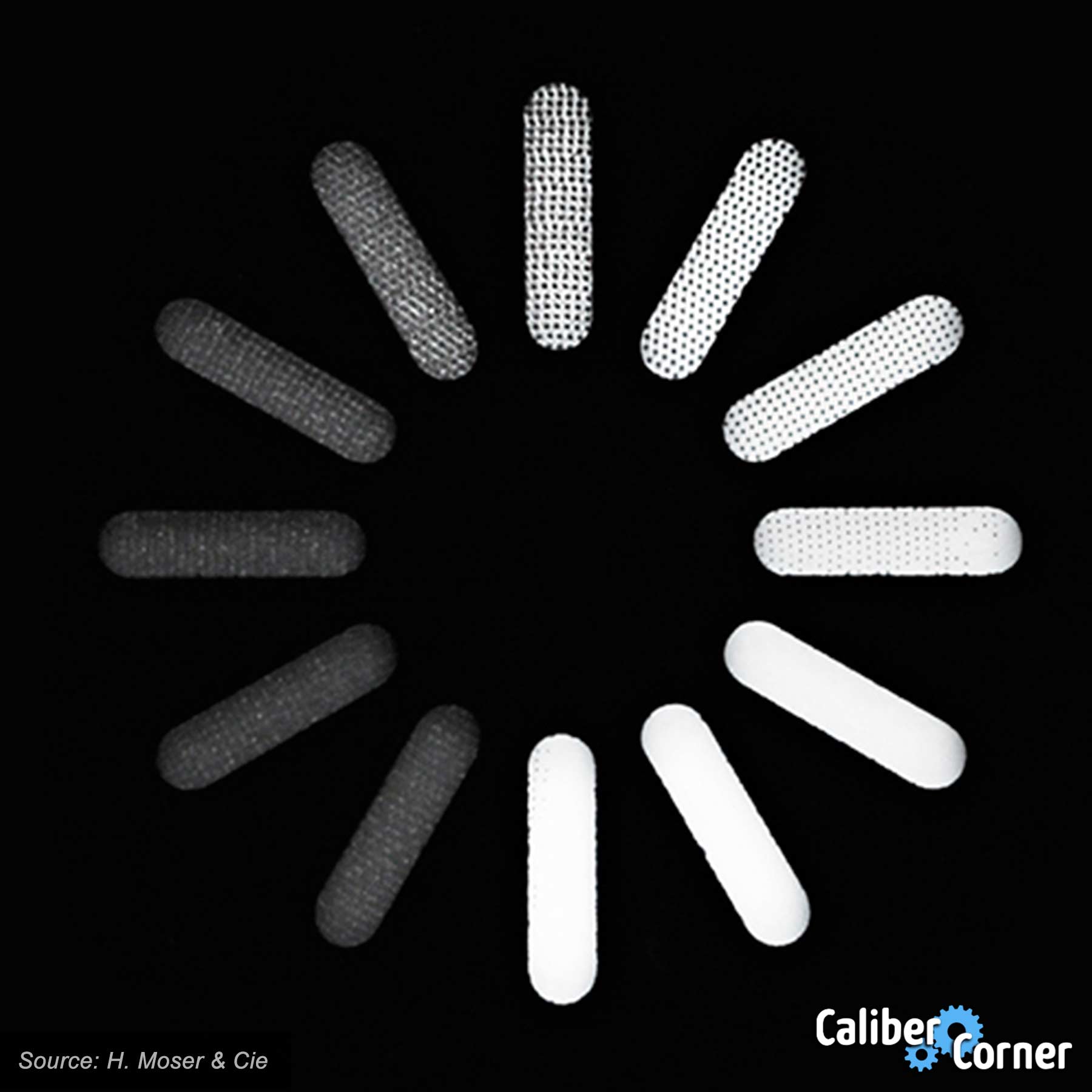 In H. Moser’s own words:

“The HMC 324 is a hand-wound movement, specifically designed for rectangular watches. It features a plug-and-play modular escapement and a power reserve indicator on the movement side, keeping the watch’s dial uncluttered.” -H. Moser & Cie