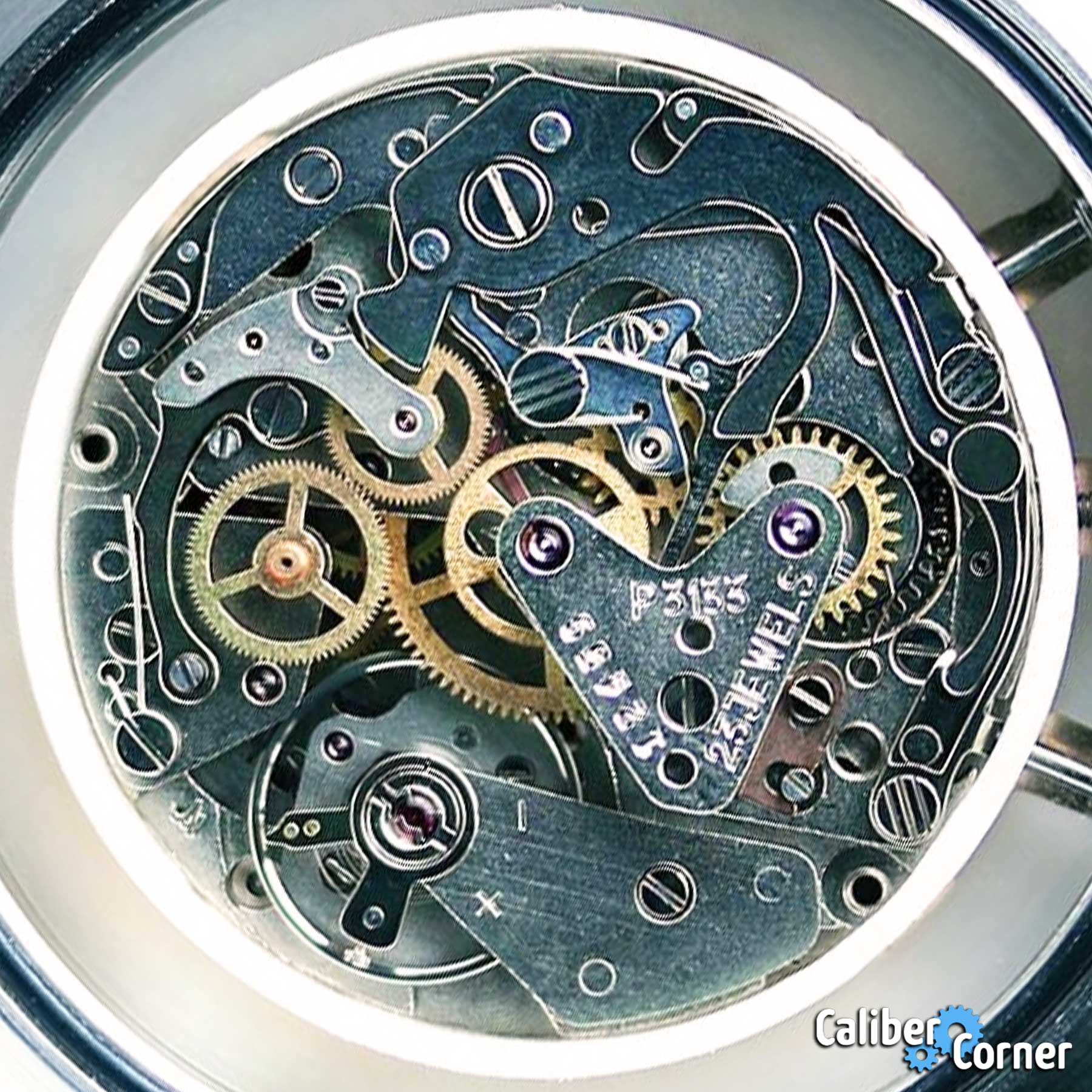 The Poljot caliber 3133 is a 23 jewel manual-wind mechanical movement that has been produced in Russia (USSR) since the 1970’s. This caliber is also known as P3133 because the movements are signed with that number. The P is for Poljot.

Poljot is a watch brand the 1960s. Poljot watches were produced by the First Moscow Watch Factory, which was established in the 1930s. Originally known as the First State Watch Factory, this watch manufacturer has roots that can be traced back to American clock and watch companies.

“…the Soviet government bought the defunct Ansonia Clock Company of Brooklyn, New York in 1929, and the Dueber-Hampden Watch Company of Canton, Ohio. It moved twenty-eight freight cars full of machinery and parts from the USA to Moscow in order to establish the factory. Twenty-one former Dueber-Hampden watchmakers, engravers and various other technicians helped to train the Russian workers in the art of watchmaking as part of the Soviet’s first five-year plan. The movements of very-early products were still stamped “Dueber-Hampden, Canton, Ohio, USA” (examples of these watches are very collectible today).” –source

According to Strella (a German-based Russian watch company using this movement in many of their watches), the 3133 is produced using machines that Valjoux sold to USSR in the 1970s. Apparently the machines were once used to make the Valjoux caliber 7734 that the 3133 is based on.

MakTime was founded in Russia in 1996. By 2012, MakTime claimed bankruptcy. New MakTime 3133 powered watches sold today are using NOS movements until the supply runs out.

In 1992, Poljot became a German-owned company.

To identify if your P3133 movement was produced by MakTime, look for the MakTime logo stamped near the balance wheel.

According to Strela Watch, a company using this caliber in their timepieces, they claim the accuracy of the 3133 to be within the range of -10 to +40 seconds per day. The power reserve is rated at 42 hours when fully wound, without the chronograph in use. When running the chronograph, the power reserve drops to 37 hours.

Editor’s Note: It is nice to see manufacturers mentioning the difference in power reserve with the chronograph on and off. Not enough brands disclose this gap.

Unlike quartz powered chronograph movements, mechanical watches do not have the luxury of using a reset sequence to get the chronograph hand to line up to 12:00. If your caliber 3133 powered watch has a hand that is not lining up, it could be a mechanical problem and should be inspected by a professional watchmaker. Your watch may need serviced or the hand might need to be reinstalled.

Although the P3133 is referenced as having a quickset date, it is not the quickset that many are familiar with in modern watches. There is no first click date setting position (and second click time-setting position) when pulling the crown out. The crown only pulls out one click to time setting position. To advance the calendar on the 3133, turn the crown clockwise until the hands pass 12:00 AM and the date flips, then rotate the crown counterclockwise to 11:00 PM, then forward again past midnight – the date will advance each time you do this. Watch this video for a visual.

Examples of watches with the P3133:

The 3133 featured on this page was found in a Moscow Classic Russian Diver watch. It is a destro model, meaning the movement has been rotated so that the crown is at 9:00. This explains why the chrono button sequence on the watch featured in the video above is reversed. 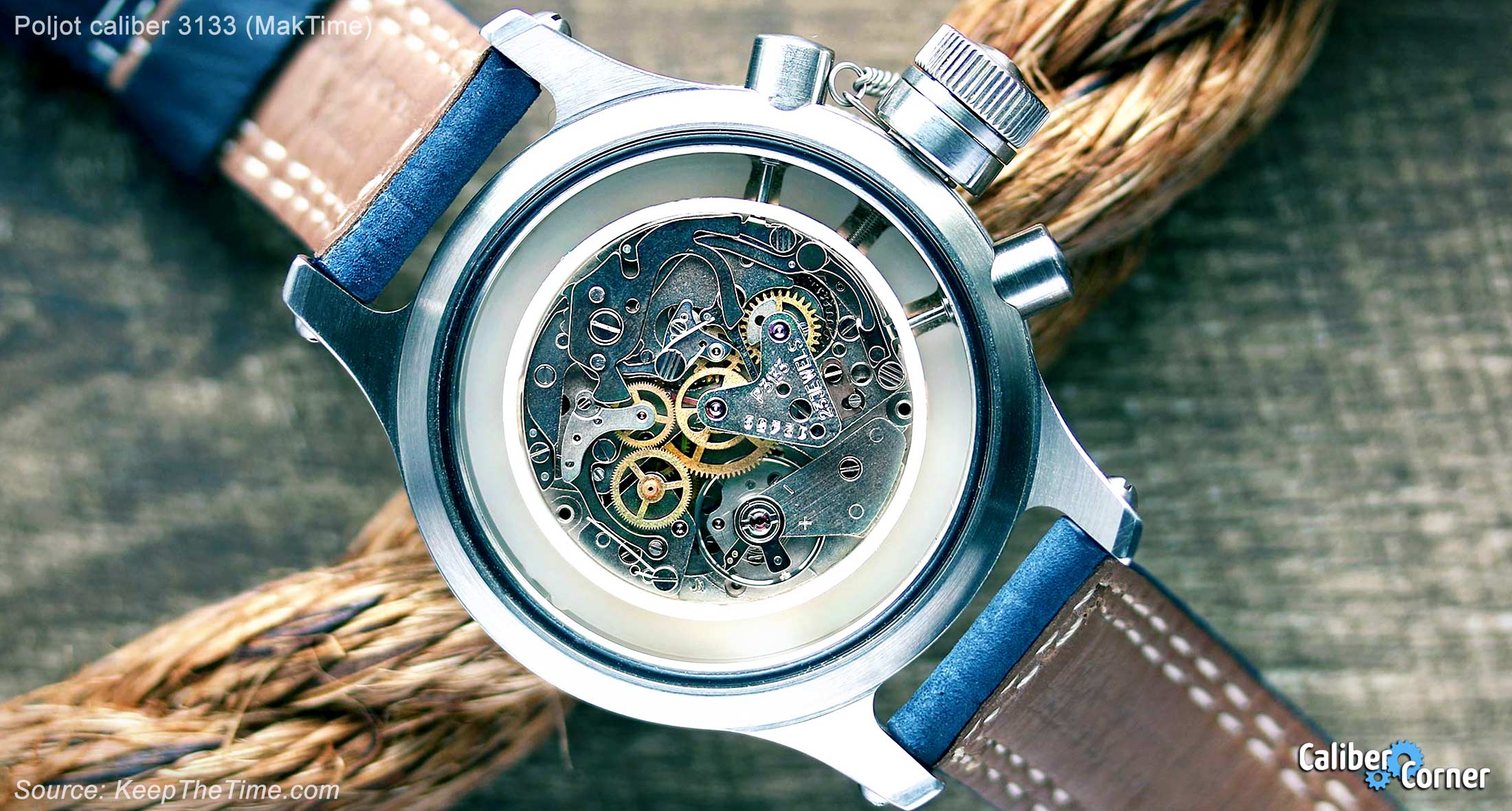