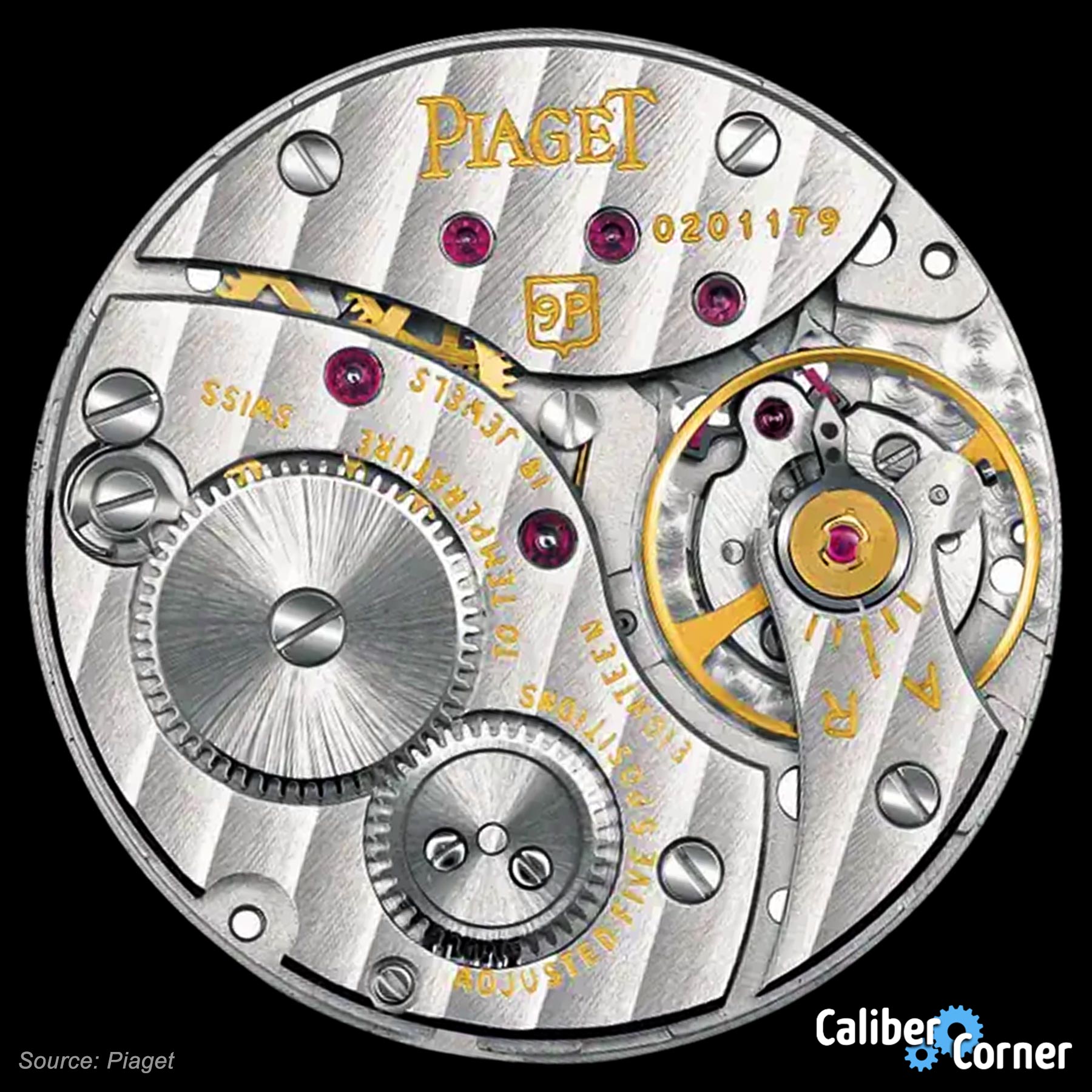 The Piaget caliber 9P is an ultra thin (aka extra flat) handwound mechanical watch movement. Piaget, based in La Côte-aux-Fées, Switzerland at the time,  introduced the 9P in 1957. Since that time, Piaget has been recognized by the watch industry for their ultra-thin movement innovations – with over 25 ultra-thin calibers produced by the brand. The 9P, at just 2mm tall it is as thick as a 1 Euro coin, which at the time was thin enough to garner world record breaking status for being the one of the thinnest mechanical movements.

Because of its smaller diameter of 9”’ (20.5mm) the 9P is found in a variety of both mens and ladies timepieces.

In Piaget’s own words:

“The legendary 9P movement, launched in 1957, is an ultra-thin hand-wound mechanical movement, measuring only 2 mm thick. Simple, sturdy and ultra-thin, the movement features central hour and minute functions. It perfectly exemplifies the attention Piaget accords to its finishes, with the vertical Côtes de Genève, the circular-grained mainplate, the beveled and hand-drawn bridges and the blued screws on the bridges.” -source

Piaget is headquartered in Geneva today. The brand refers to the 9P as a “manufacture” movement, but also states that they are “one of the rare watch brands to design, develop and produce its own movements.”

There is a similar Piaget calibre 9P2 which is slightly thicker at 2.15mm vs 2mm. Despite it’s taller height, it has 3 fewer components with a total of 86 parts. Although there is a cal. 9P2, there is not an official 9P1. If you see 9P1 referenced online, they are talking about the 9P.