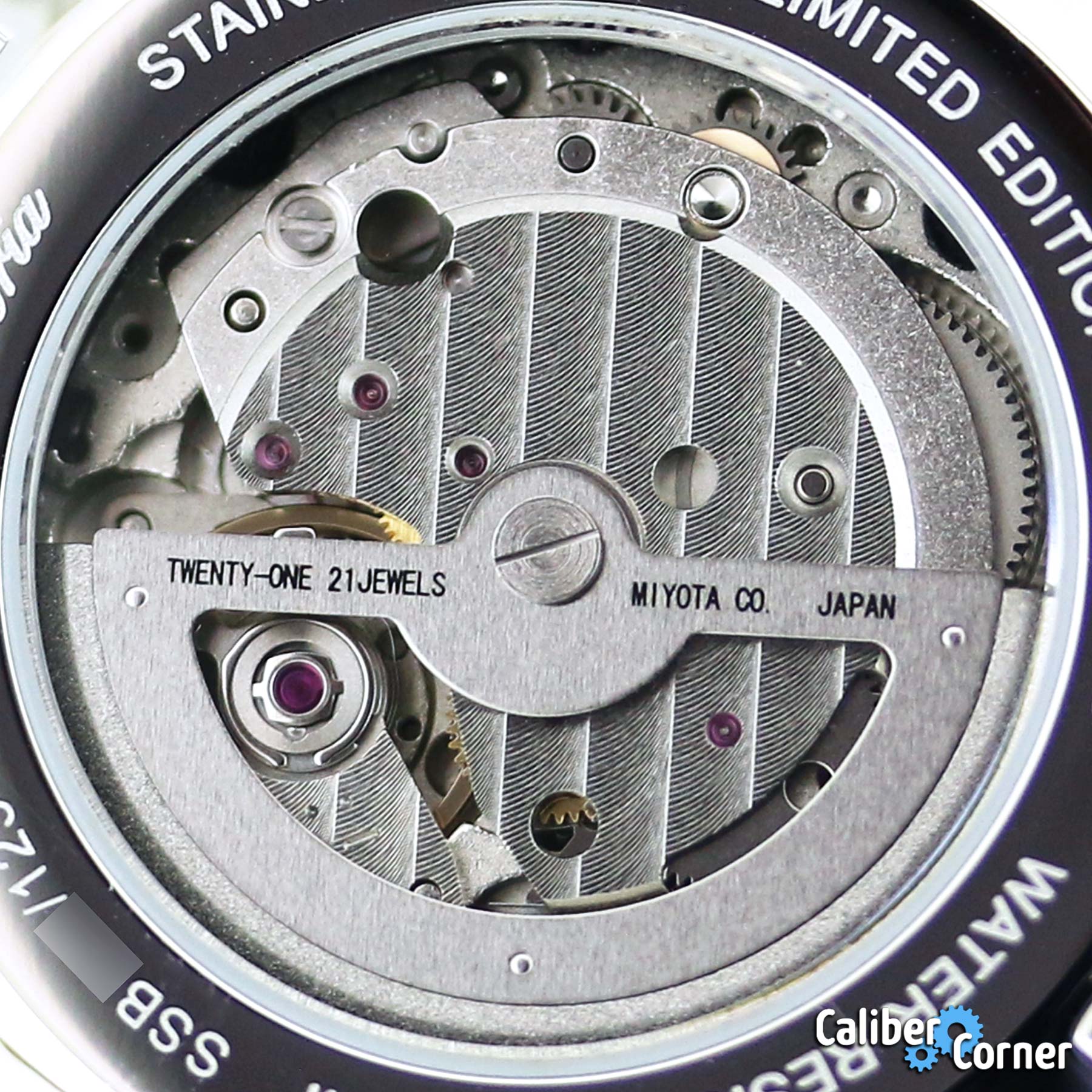 The Miyota caliber 8218 is an automatic movement found in many microbrand watches. This caliber is part of the Miyota 8000 Series family of movements, specifically in the “Small Hands” category. It features a sweeping small seconds hand at 4:30, as well as a date at 3:00.

Miyota states that the caliber 8218 keep accuracy within -20～+40 seconds/day, with a posture difference of under 50 seconds/day.

The power reserve or running time when fully wound is about 42 hours. As for getting the full power reserve, Miyota says: The mainspring becomes fully wound by rotating the ratchet wheel 7.5 times or turning the crown 40 times.

At the time of this post, replacement prices for the caliber 8218 were found online in the range of $40-50 USD.

Examples of watches with caliber 8218:

The example pictured below is from the crowdfunded SD-09 UFO Spacecraft watch. 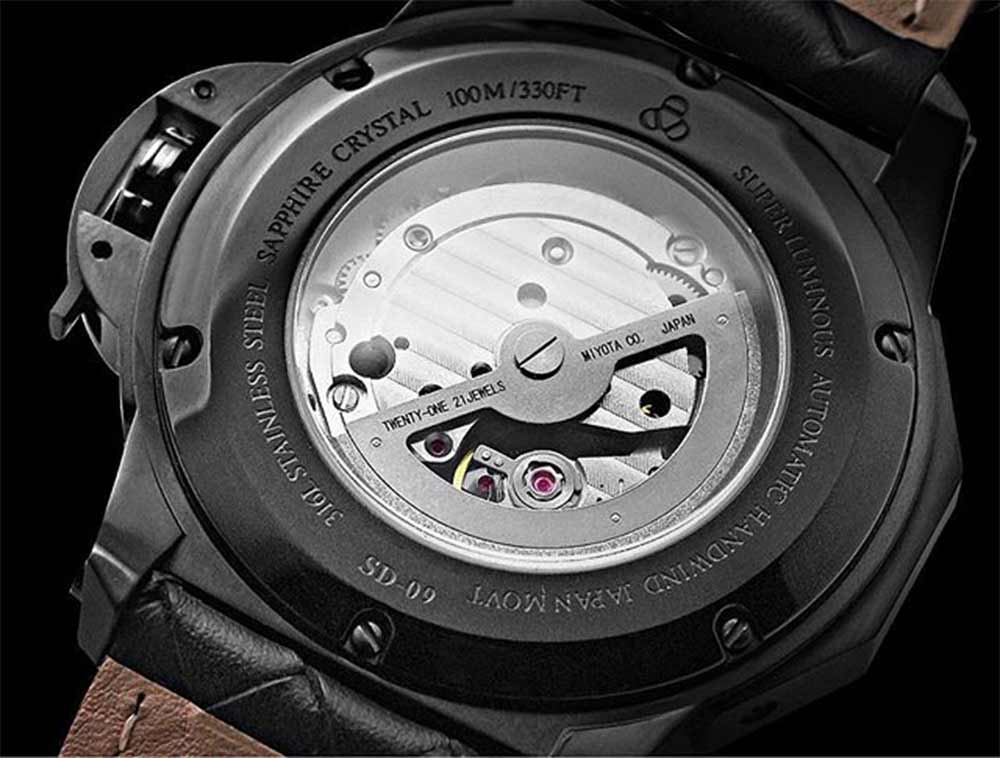 Below is a custom airplane rotor found in an AVI-8 Spitfire 300 watch powered by a Miyota 8218 movement. 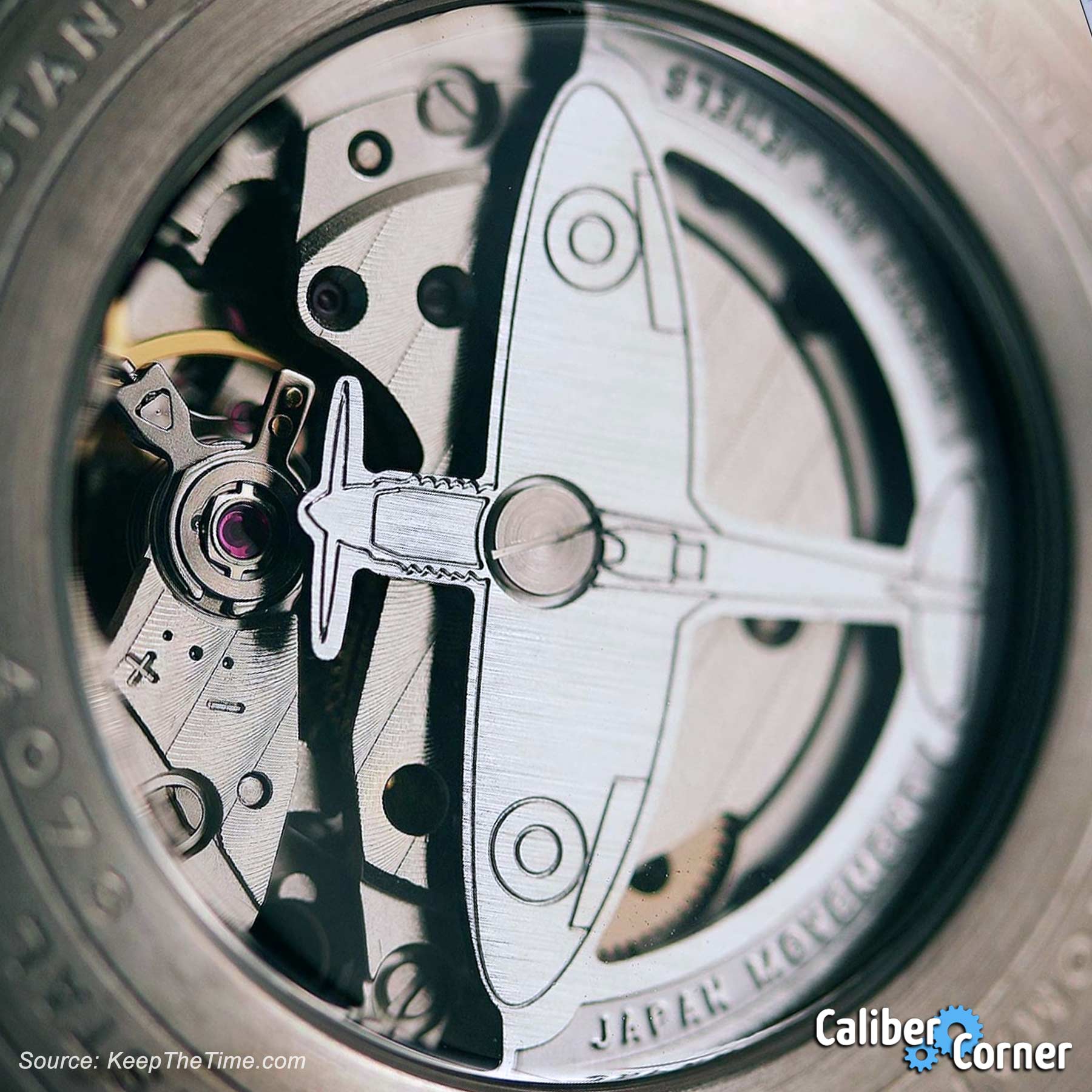