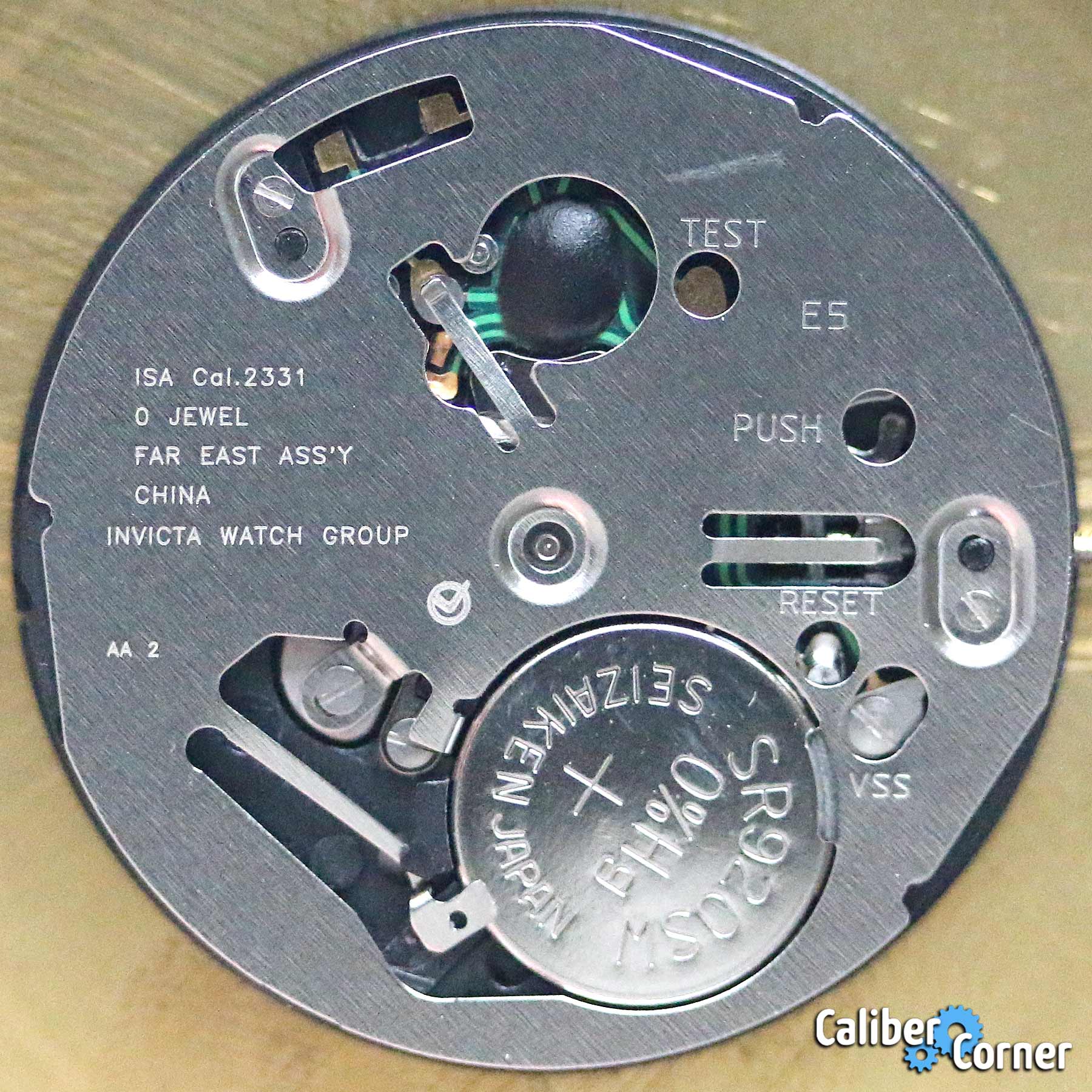 ISA caliber 2331/103 is 0 jewel quartz movement. The tech sheets on this caliber are dated as far back as 3/11/09. This movement is discontinued as ISA is no longer producing movements.

ISA claims that the power reserve from a fresh battery is approximately 66 months. There is a power save or hacking function that is engaged when the crown is pulled out to time setting position.

There is a metal tab with a hole holding the battery in place. You will need to carefully place your tool in the hole on the tab and gently slide it over. This will allow the battery to be released. When installing a fresh battery cell, wedge it under the lipped edge near the VSS stamp on the movement, then press down (with rodico or while wearing a finger cot), you must also be holding the tab to the side until the battery is pressed completely down, then you can allow the tab to slide back over the battery where it should have enough resistance to hold it in securely. (Similar ISA caliber 2330 is shown below as an example.)

After replacing the battery, you may need to perform the following reset procedures:

At the time of this post, this movement was found at replacement prices of $12.95 – 16.95 USD. It should be noted that although this movement is listed in the catalogs of many watch parts suppliers, they may not actually have it available since it is no longer being produced. 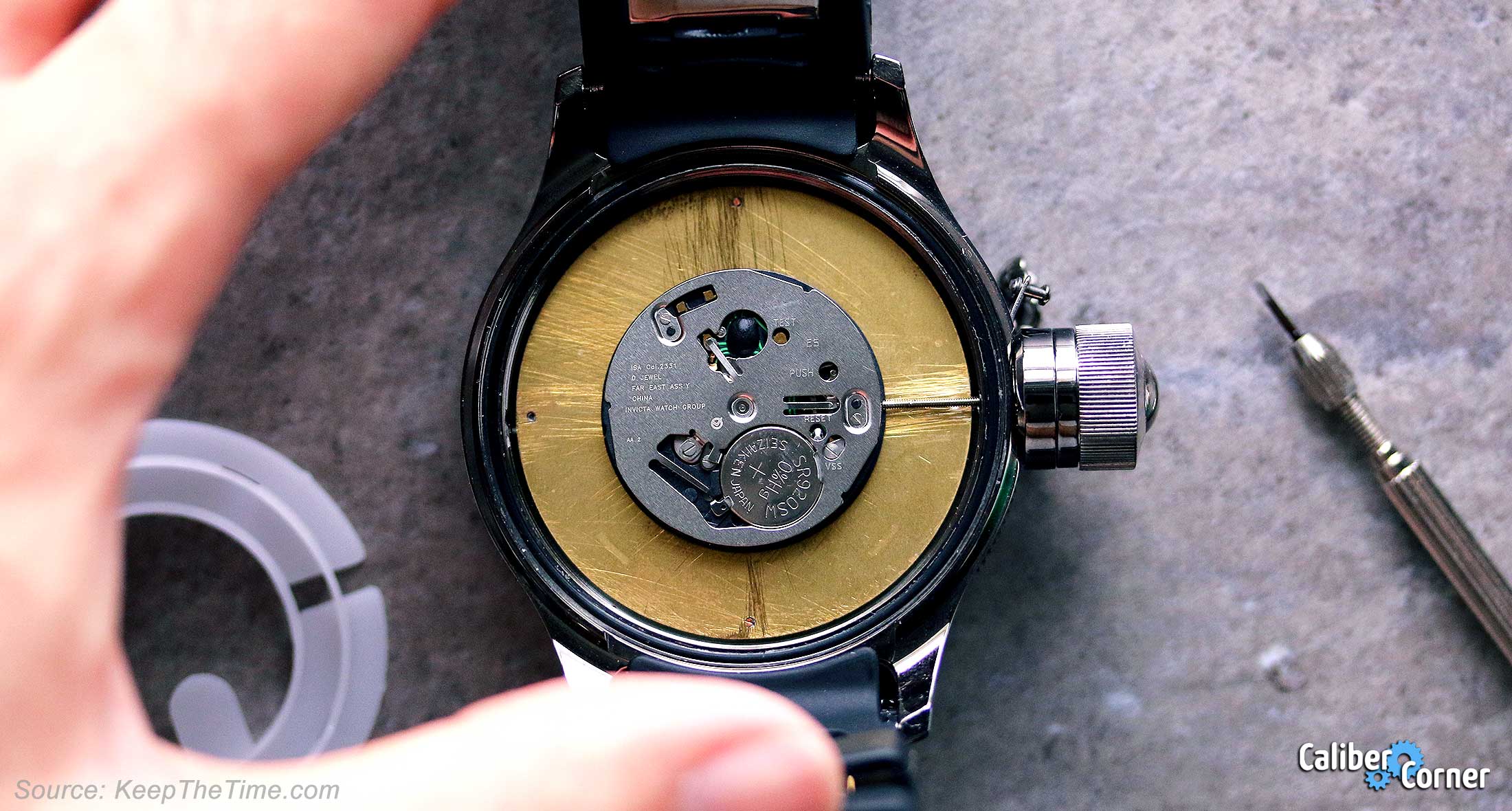 Here is what it looks like with the movement holder on this particular timepiece: 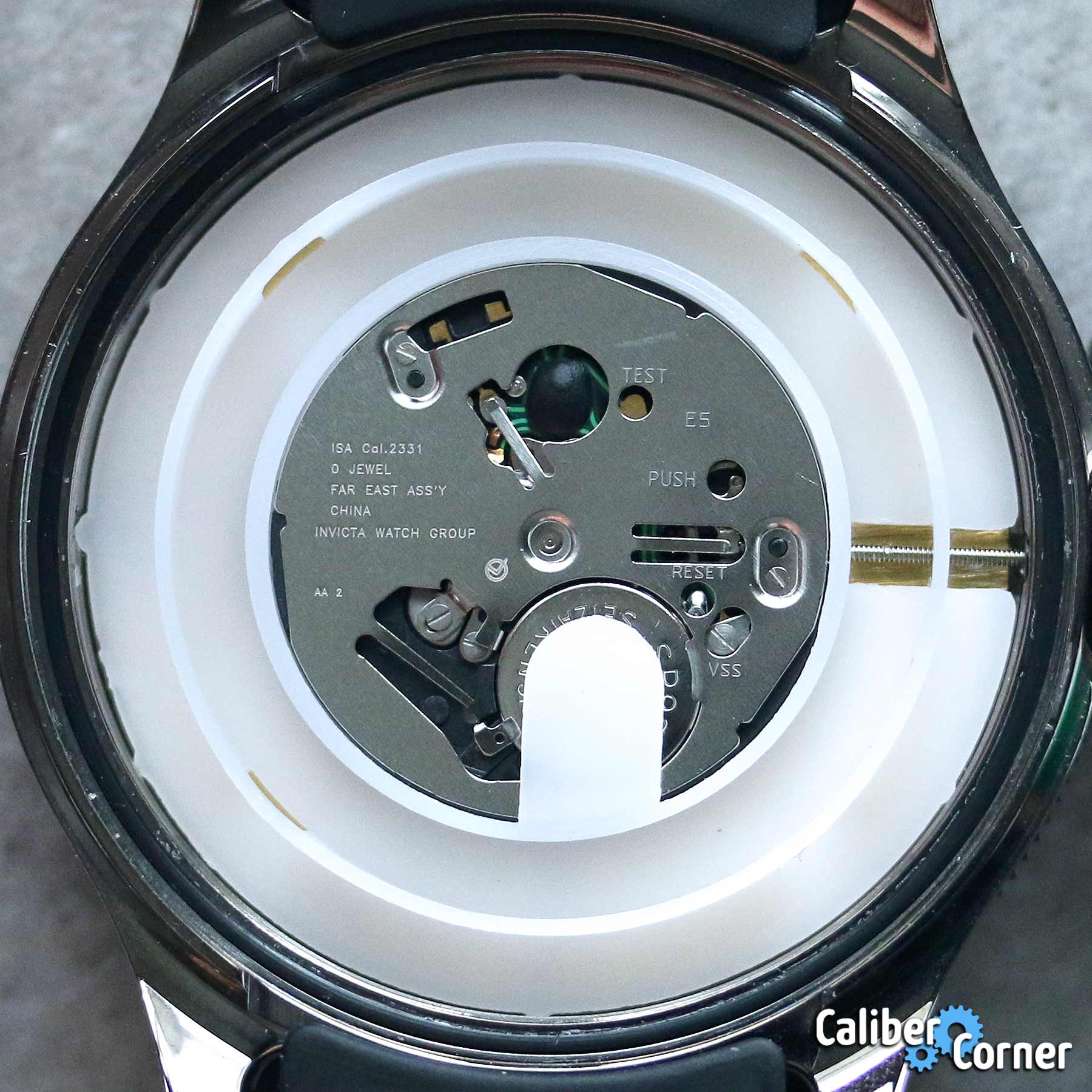