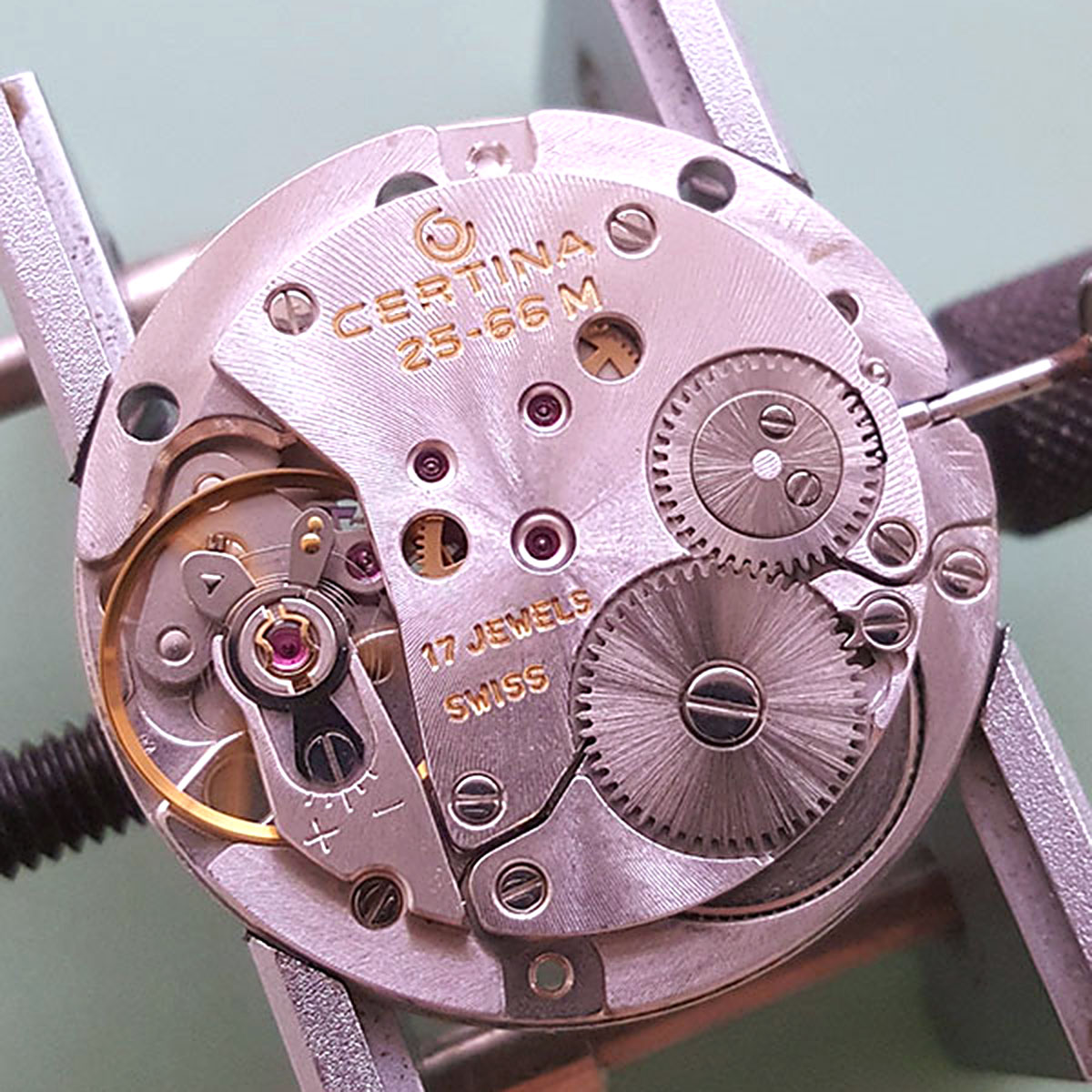 The Certina caliber 25-66M was in production between 1975-1977. This movement was produced in Solothurn, Switzerland.

The movement pictured above was found in a vintage Certina Club 2000 watch.

All the Certina in-house movements that I’ve encountered are great performers and you can accurately regulate them with the micro-regulator.

There is also a similar Certina caliber 25-66 which is almost identical to the caliber listed here with the exception of the balance wheel having 2 spokes (instead of 3 spokes on the 25-66M variant). You may also see a caliber 25-661 which adds a calendar complication.

Certina was founded in 1888 in Grenchen, a municipality of Solothurn, Switzerland. The company is now part of the Swatch Group conglomerate and watches are still being made under the Certina name. Find examples of modern Certina watches here.