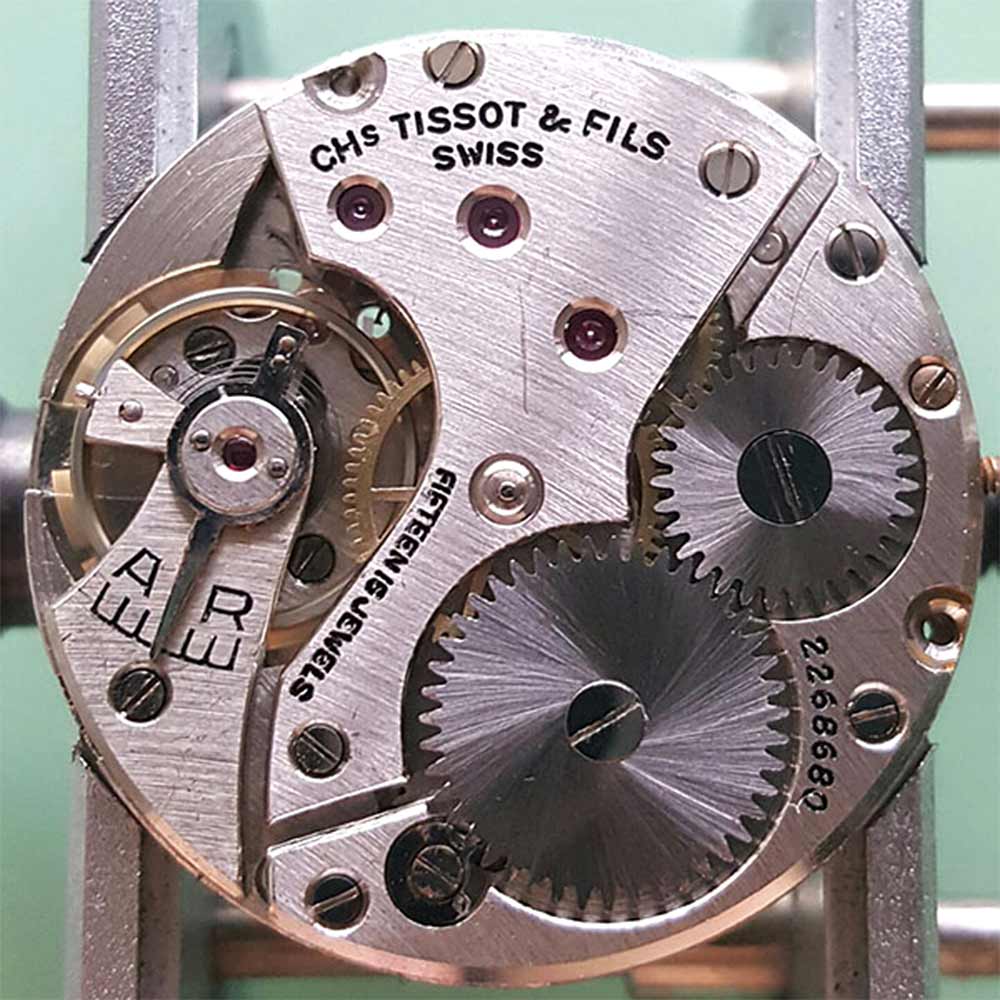 The Tissot caliber 27 was released in 1936 and produced until 1949 in Switzerland. Following 1949, many variations were introduced and manufactured until about 1961. The movement pictured here is a caliber 27 without an anti-shock system. We previously posted this caliber 27-1T which is the same movement with an Incabloc shock system. The 27-1T was produced in between 1950-1952.

The movement pictured above is from a Tissot Antimagnetique watch.

stated above in this article “Maurice Lacroix caliber ML115 is a Swiss made automatic watch movement ...

Why you should wear finger cots…

Don’t forget about radium. The lume in some of the ol’ timers can be some ...

9
I wish more brands would use this movement. So far I can’t find any, even ...
8
Don’t let the ETA stamp fool you. This G10 quartz movement is total unserviceable welded ...
6
I think that my Breitling Colt GMT has this movement. The GMT hand is out ...
5
Hi I’m looking for Movement Omega 1310 Quartz and find your page on the internet. ...
5
Are Fredrique Constant watches any good? I like the looks but I want to hear ...