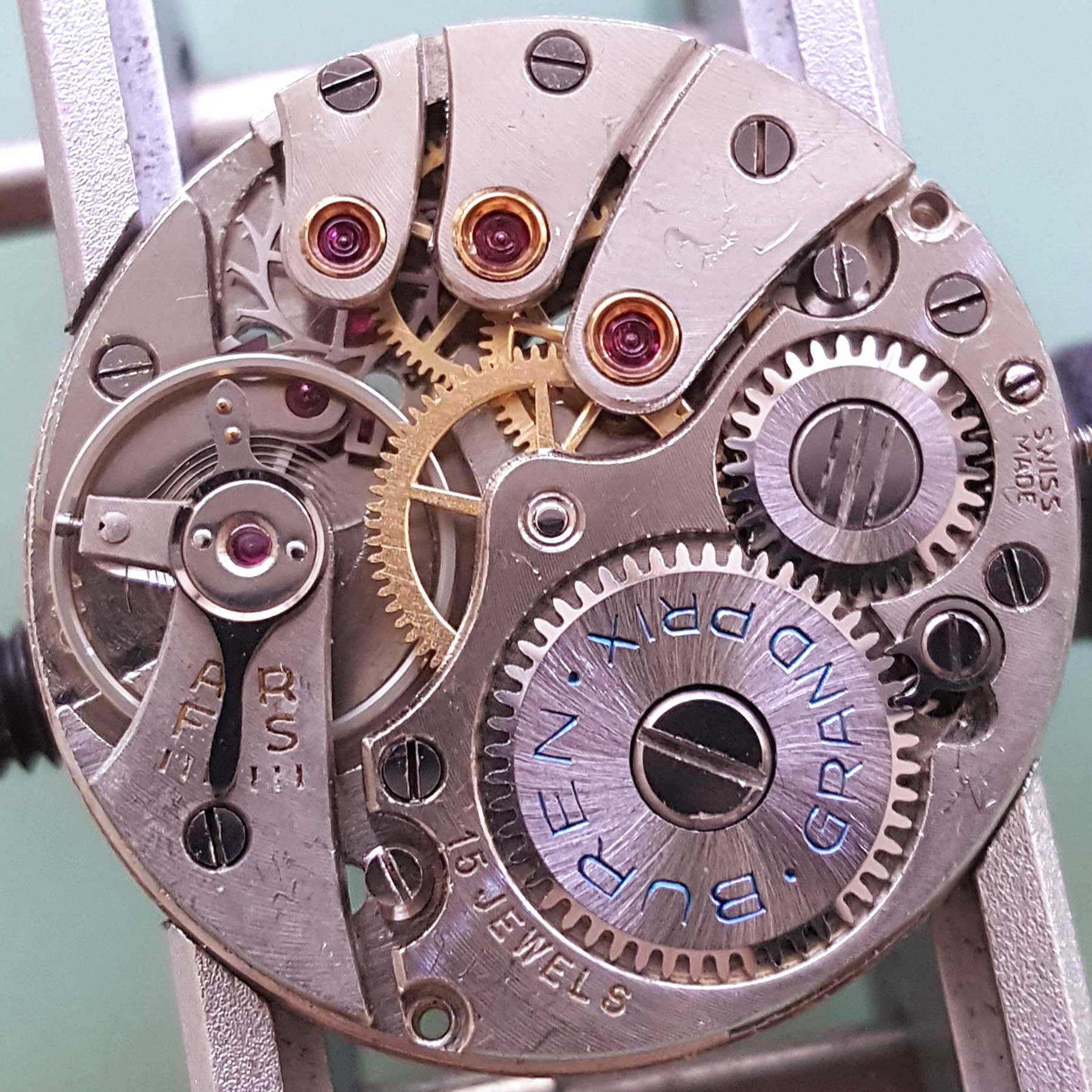 The Buren caliber 410 was produced in the 1940s and found in a Buren Grand Prix watch. There are two variations of this movement: the 410 has a small second sundial and the 411 which has a sweep second. The example shows above is a caliber 410.

Buren was founded in the Swiss town of Büren an der Aare in 1898, but it wasn’t until around 1916 that the company started to call itself Buren Watch Co. Until this time, they mostly produced pocket watches and table clocks. They were the inventors of the micro-rotor and a list of other calibers. Then, in 1966, history happened. Buren was sold to the Hamilton Watch company and began taking over US production of Hamilton watches. This continued until 1972 when Buren was sold off entirely.