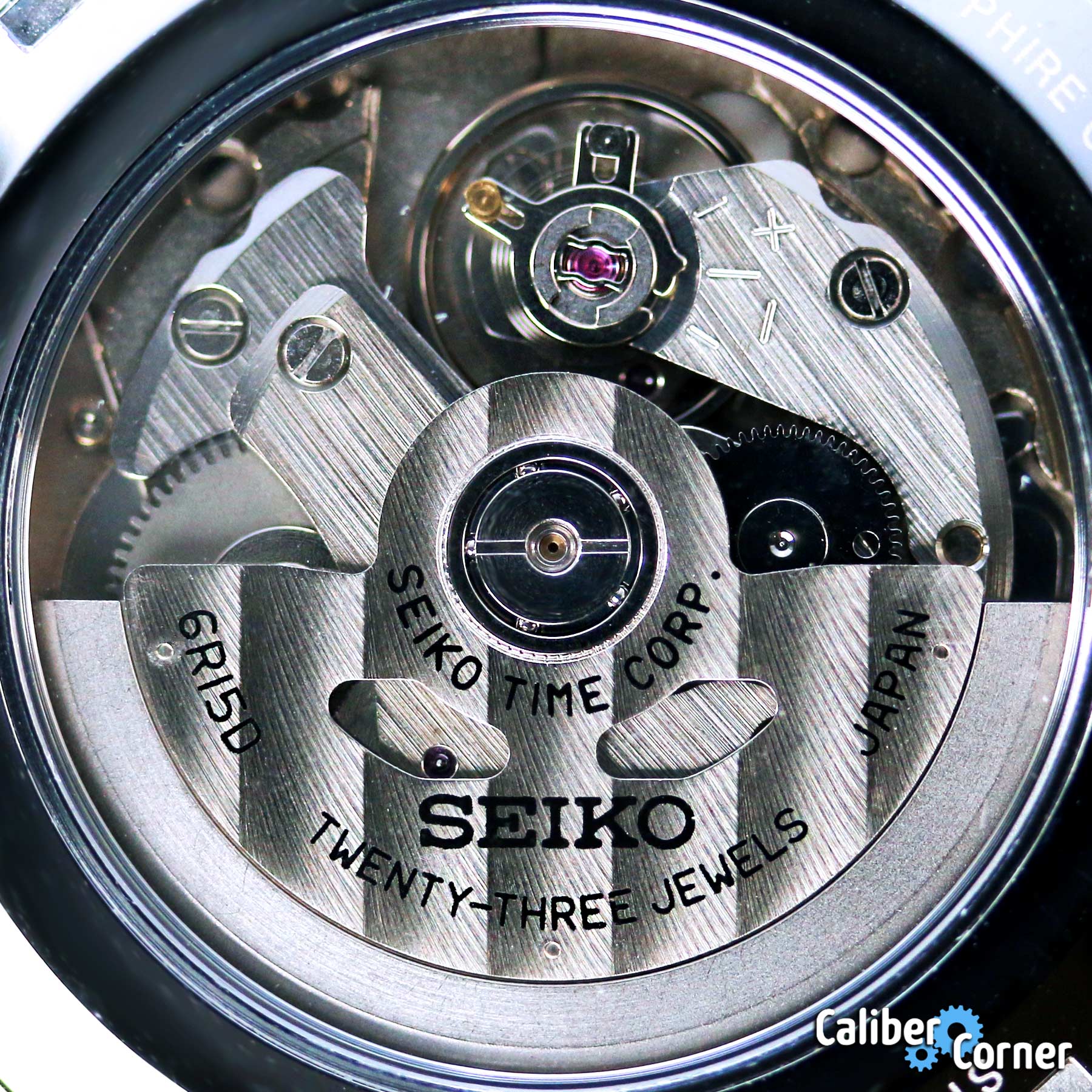 The Seiko caliber 6R15 is an automatic movement found in many modern Seiko dress watches and divers.

The general caliber number is 6R15, with 6R15A being the first version. The subsequent letter variations indicate evolution stages in the movements development. Early models of the 6R15 (A, B and some early C) were prone to issues that Seiko improved upon over the years. Because of the changes, not all parts are interchangeable between the variations. As of the time of this post, the latest stable version of this movement is the 6R15D (if this changes, please update the comments below).

Note: apparently some early versions of the 6R15C only have 23 jewels compared to the newer ones with 24J.

What are the differences?

Other than complications, another difference between the base 6R15 and the variations is that the 6R15 beats at 21,600 and the other calibers beat at 28,800 with power reserve that drops from ~50 hours to ~45 hours. The jewel count on the 6R15 is 23, while the other calibers have increased jewel counts to accommodate the additional features.

The caliber 6R15 is basically a Seiko-only version of the NE15. Seiko Instruments (aka SII) sells the NE15 to other manufacturers (such as microbrands) for use in non-Seiko watches.

Seiko claims an accuracy rating of -15/+25 seconds per day in normal temperature conditions (between 5 – 35 degrees C).

The caliber 6R15 holds a power reserve of at least 50 hours. To fully wind the mainspring, turn the crown a minimum of 55 times. 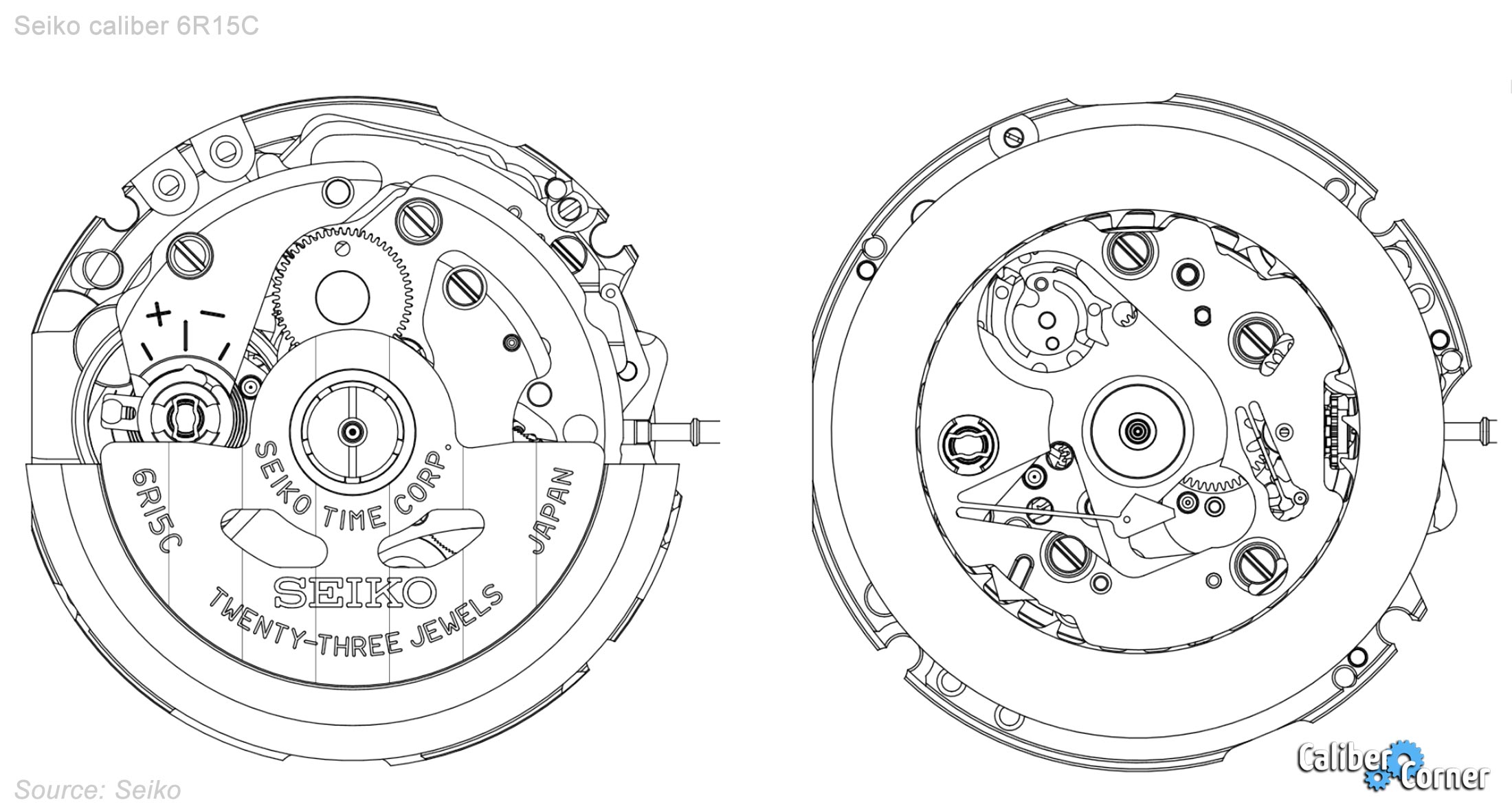 This video by Seiko examines the anatomy of the caliber 6R15D. The watch in the beginning is a Seiko Presage Karesansui model number SPB067.

From Monochrome Watches about the base caliber 6R15:

To say that the 6R15 is Seiko’s answer to the Swiss workhorse that is the ETA 2824 would be an understatement. Bottom line is that the 6R15 caliber is that GOOD a movement and with the sheer number of ETA-powered watches out there, it is sometimes nice to have something different to stir up the masses. 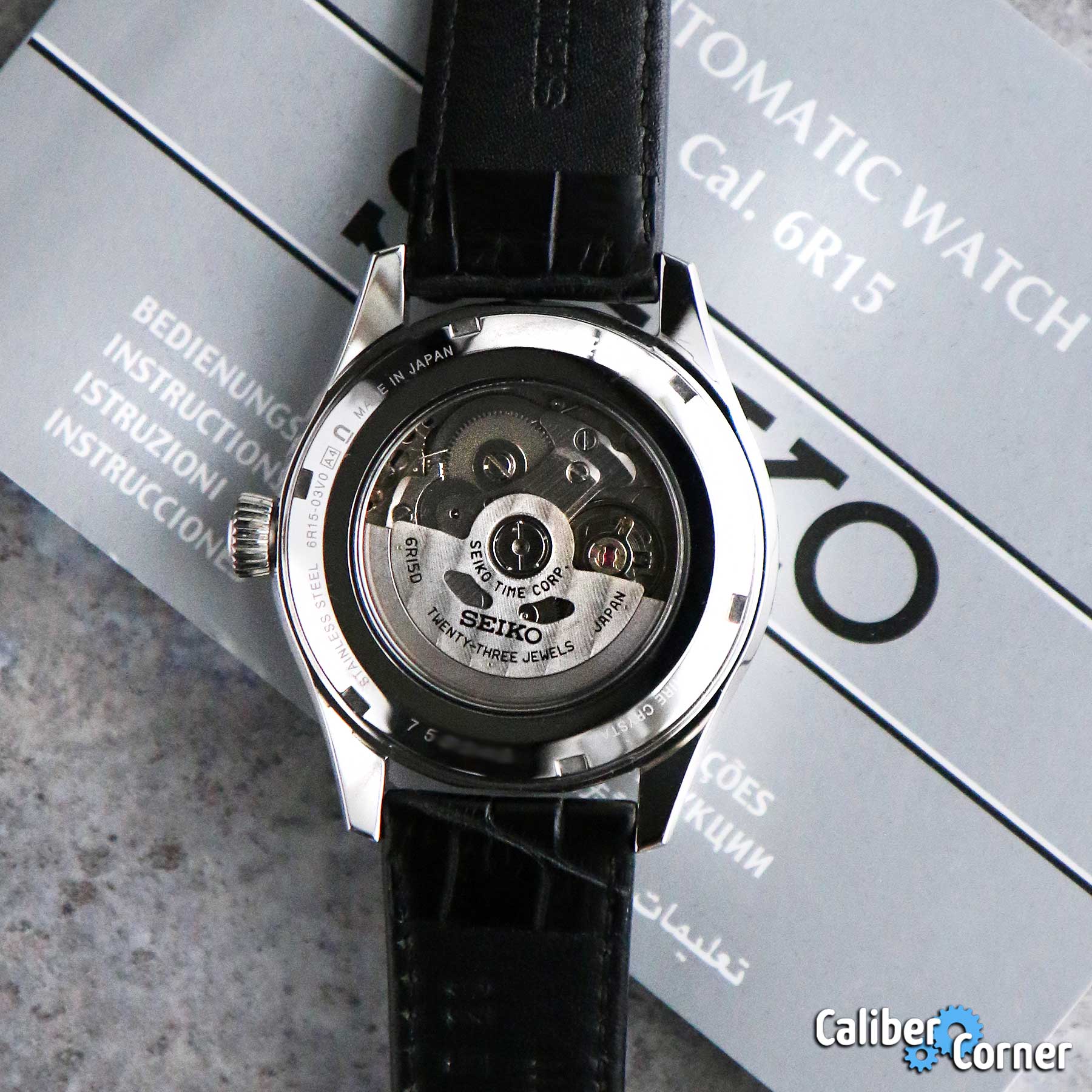