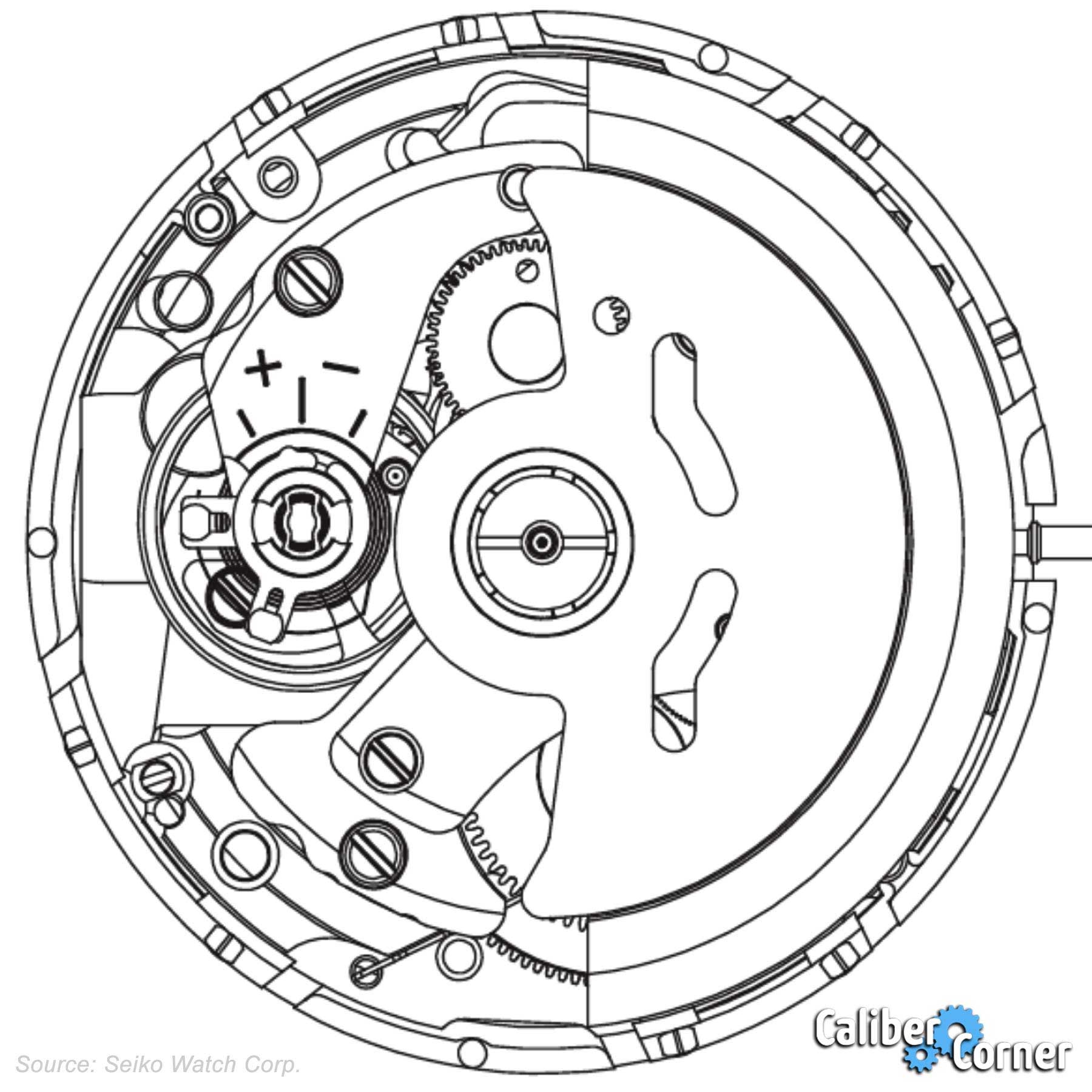 The Seiko caliber 4R34 is an automatic used by Seiko Watch Corp. in their own branded watches. As part of the 4R family of movements, the notable feature in the 4R34 is the GMT (24 hour hand) complication. This movement is found in the Seiko 5 SKX Sports Style GMT lineup that was announced on June 8, 2022 (available worldwide in July 2022).

The main difference between the 4R34 discussed here and the 4R35 is that the 4R35 is a 3-hander with a date, while the 4R34 adds the additional 24 hour hand. The extra hand translates to a 0.1 thicker case for the new GMT models.

What is the difference between 4R34 VS NH34?

There is an unbranded version of the 4R34 movement known as the caliber NH34. It is based on the 4R34 and is still considered to be a Seiko movement, but the main difference is that it is sold to non-Seiko watch brands. Another difference is that the 4R34 is made in Japan but the NH34 can be made in Japan, Malaysia or possibly in other countries (how would one know without a country of origin stamp).

4R34 is the base caliber number and the letter designates evolution or updates to the movement. In other words, the “A” in 4R34A indicates that it is the first generation of this caliber. If they change something in the movement later, it will be called a 4R34B. At the time of this post, only the 4R34A exists.

Seiko claims that the accuracy of calibre 4R34 is adjusted at the factory to keep the time between +45 / -35 seconds per day. This rating is based on normal daily wear on the wrist in temperatures between 5 ºC and 35 ºC. When testing your watch for timekeeping, make sure it is fully wound.

“Due to the characteristics of mechanical watches, any actual daily rate may not fall within the range of time accuracy specified above dependent on the conditions of use, such as the length of time during which the watch is worn on the wrist, temperature, arm movement, and whether the mainspring is wound up fully or not, etc.” -Seiko User Manual

When your 4R34 powered watch is fully wound, the power reserve is approximately 41 hours. When winding your watch, turn the crown clockwise slowly. You cannot overwind the movement.

Since this is a caliber used in Seiko branded watches and not with this caliber number to other watch brands, the warranty on a brand new Seiko sold by a Seiko AD is 3 years. Despite other sites mentioning that the 4R34 has a 21,600 beat rate giving great service intervals, as per Seiko’s official recommended service intervals, they want 4R34 watches to be disassembled and cleaned by a Seiko service center once every 2 to 3 years “in order to maintain optimal performance of the watch for a long time.”

“The power transmission gear of the movement of this watch constantly receives force. To ensure that this mechanism works properly all the time, washing parts, changing oil, adjusting accuracy, checking functions and replacing consumable parts on a regular basis are important. The first overhaul after the purchase of your watch is particularly important for preserving long-time use of your watch. According to use conditions, the oil retaining condition of your watch mechanical parts may deteriorate, abrasion of the parts due to contamination of oil may advance or delay the time significantly, or the watch itself may stop.” -Seiko User Manual

Interestingly, despite Seiko stating that the first overhauls after the purchase of your watch is particularly important, right below that paragraph they also warn of the following: “When your watch is inspected and adjusted by disassembly and cleaning (overhauled), the movement of your watch may be replaced.” But… doesn’t this potentially cause a never-ending cycle? If they replace your movement on the first “important” overhaul, then it’s a new movement again, not a worked in serviced movement. Therefore, the first overhaul would be important again. *face palm*

The listed cost of servicing a 4R series caliber movement starts at $154.00 USD. If you have ever sent a watch to Seiko for service then you already know to expect additional hidden charges. It’s almost never going to cost exactly as listed.