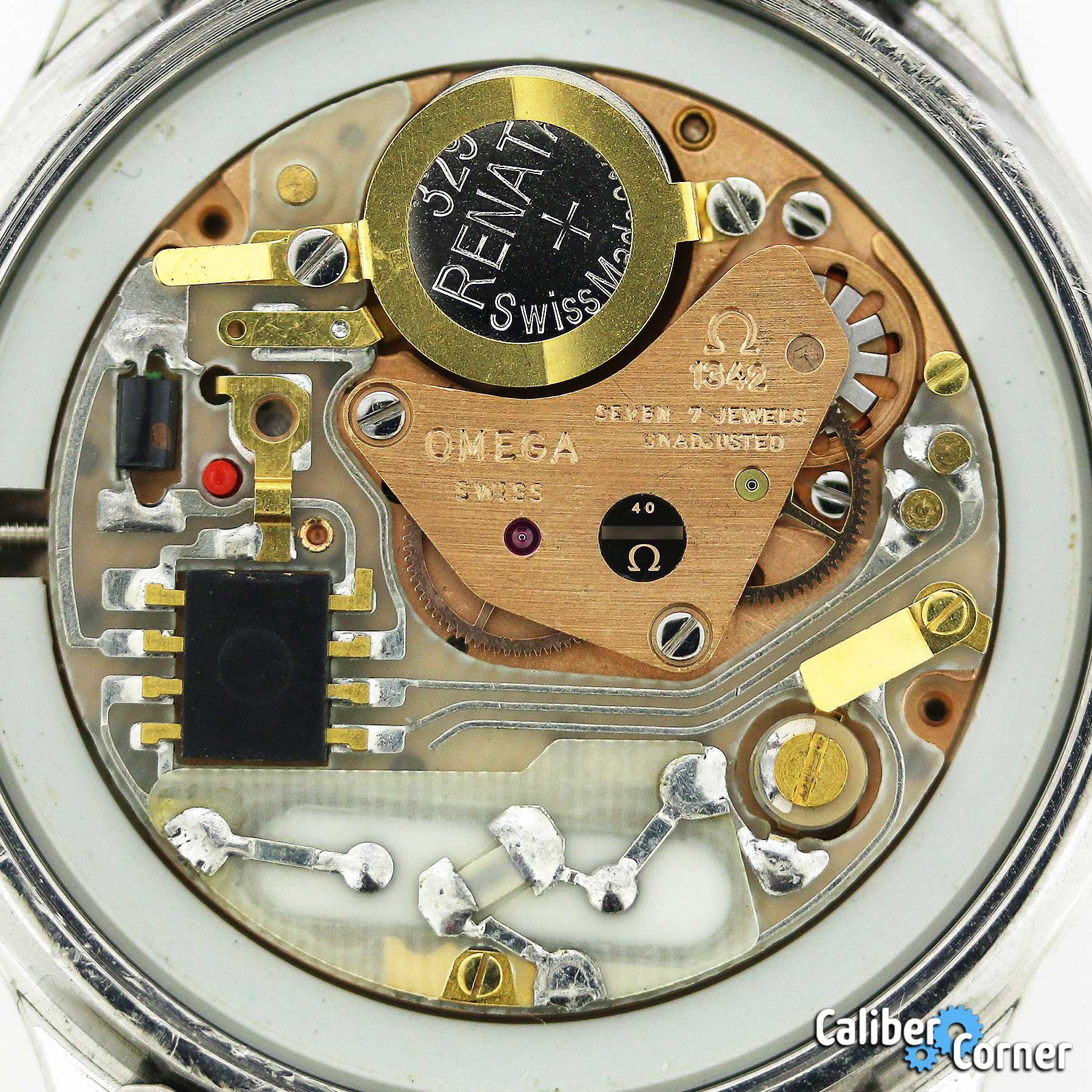 The Omega caliber 1342 is an in-house vintage quartz movement found in Omega watches from the 1970s into the early 80s. This movement and similar calibers were used before Omega started putting Swatch Group owned ETA movements in their watches.

Think your Omega caliber 1342 powered watch needs repaired because you can’t set the minute hand? Think again! This movement is often mistaken for being broken, when in fact it’s simply an odd watch to set the time on.

Here is a breakdown how to do it:

Set the hour hand: Pull the crown out one click (it only goes out one click anyway!) and rotate the crown clockwise or counterclockwise depending on the time you want to set. Unlike other watches where the hour hand is dependent on the minutes, the 1342 hour hand is independent and jumps hour to hour with each advancement – this also makes it easy to switch time zones when traveling without affecting the minutes and seconds.

Set the date: Using the method above, you can advance the hour hand forwards and backwards until the date flips to the date you desire to be displayed on your watch.

Set the seconds: The caliber 1342 movement has the ability to “hack”, just not in the way you may be used to with modern watches. To stop the seconds hand on the 1342, do no pull the crown out. Instead, you will push the button in the center of the crown. Yes, that’s a button, not an aftermarket replacement crown!

Set the minutes: To set the minutes hand on your watch, follow the hacking seconds method above… but this time, press the button on the crown for 5 seconds, then release and press and hold again. You should see the seconds hand start to go rapidly around the dial, with the minutes hand circling as well. When you get the minutes and seconds set to the correct time, release the button!

According to the original instruction manual for the 1342, the correct sequence for resetting the time on a timepiece with the caliber 1342 is as follows:

The battery for the caliber 1342 was originally a cell number 388, however, those were mercury batteries and are no longer available. You can use a 329 cell. Do not be alarmed when you see that this battery appears to be smaller than the space for the battery, it is smaller but the cell strap will hold it in place. There are spacers available if you want, but shouldn’t be necessary.

There are two screws holding the cell strap down. Carefully unscrew them. It is easier if you wear your finger cots and hold the battery and strap down while removing the screws.

Note: There is an orange insulator tab located under the battery. Make sure you have the insulator film in place before installing the new battery to prevent the battery from shorting. 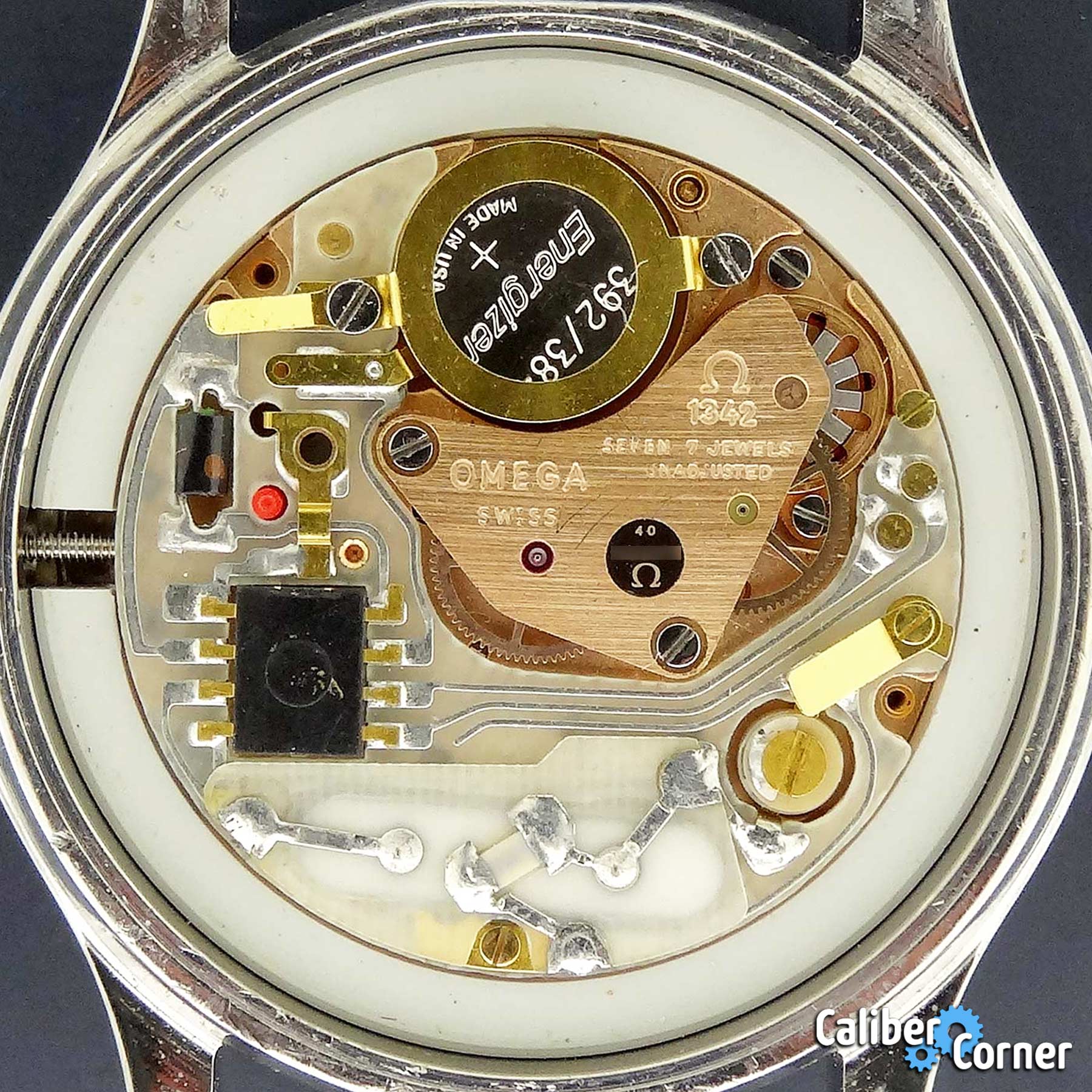 As mentioned above, the original battery is no longer available for this movement. It’s not clear what the original expected battery life was (Caliber Corner didn’t exist back in the 1970s to document it haha), but using the replacement 392 cell does not yield long lasting power. It may be between 7 months to a year. Please comment below on the battery life you have seen with your 1342 powered Omega.

The caliber 1342 found in the watch pictured was signed with:

Does anyone know what the “4 0” means? Please comment below if you know, or if your watch has a different number.

Congratulations on this interesting article. But the front view shows the Unico 1 caliber (HUB1242) ...

Jack Mason’s Canton Day-Date has the 8215 I believe. Please check it out

10
I wish more brands would use this movement. So far I can’t find any, even in the microbrands. ...
9
Don’t let the ETA stamp fool you. This G10 quartz movement is total unserviceable welded shut piece of ...
6
I think that my Breitling Colt GMT has this movement. The GMT hand is out of alignment by ...
5
Hi I’m looking for Movement Omega 1310 Quartz and find your page on the internet. Please write me ...
5
Are Fredrique Constant watches any good? I like the looks but I want to hear from some of ... 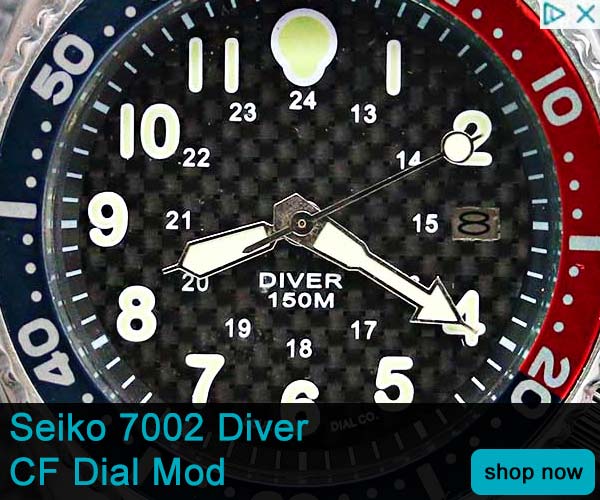