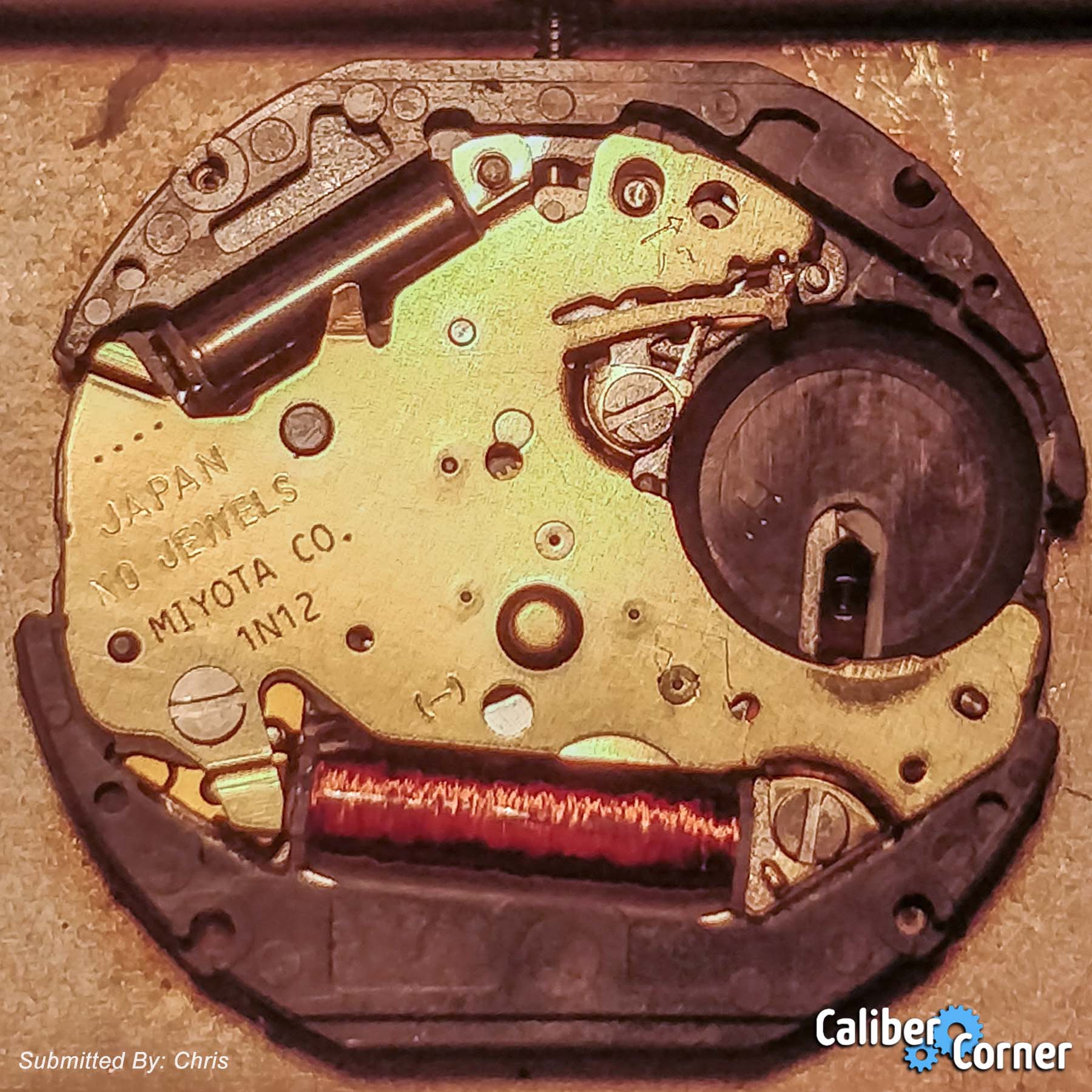 Miyota states the accuracy of the 1N12 movement to be +/-20 seconds/month.

At the time of this post the replacement prices for the 1N12 were found online for around $9.95.

Examples of watches with this movement

The movement pictured below was submitted by Chris, found in an Eddie Bauer watch. Please list your watch in the comments. 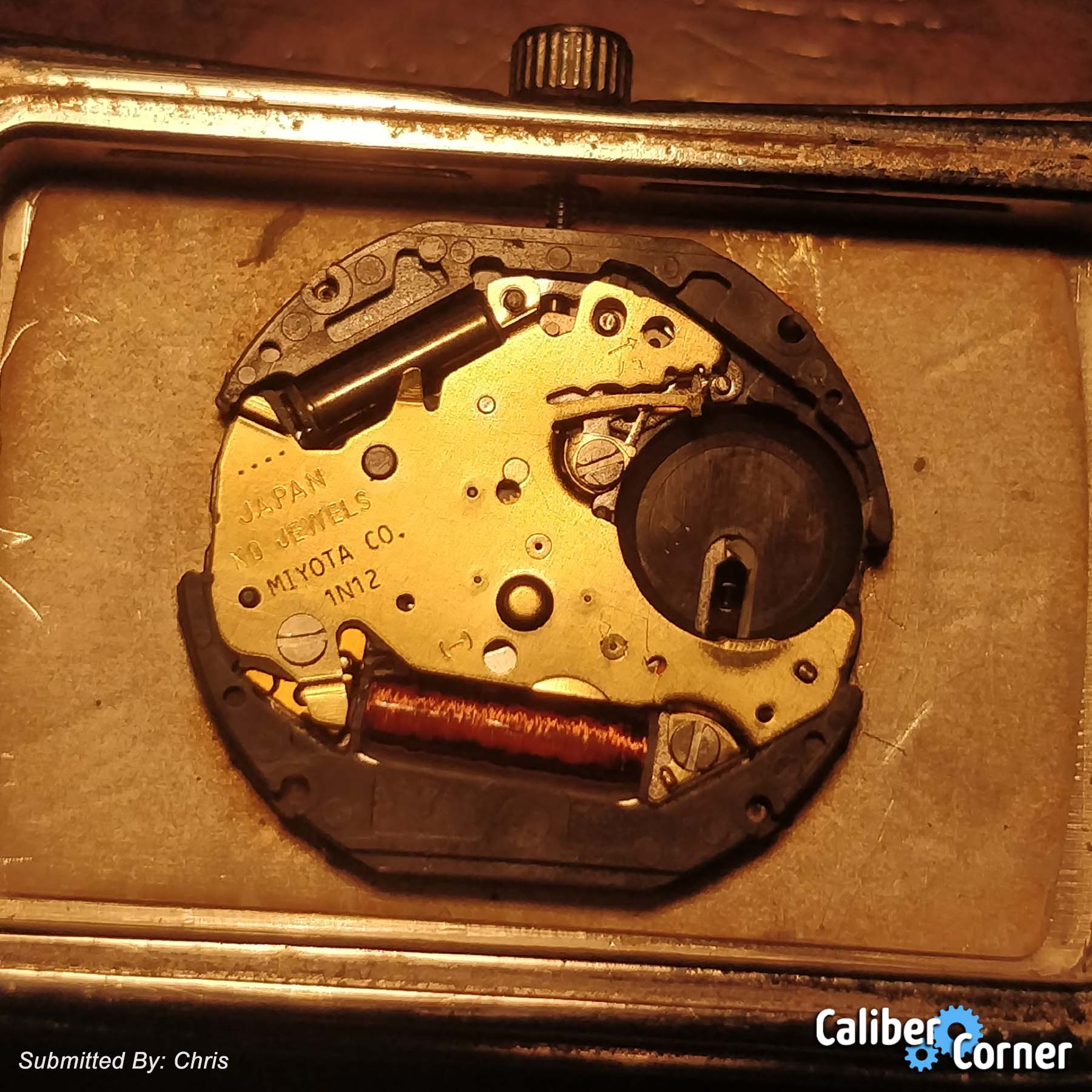