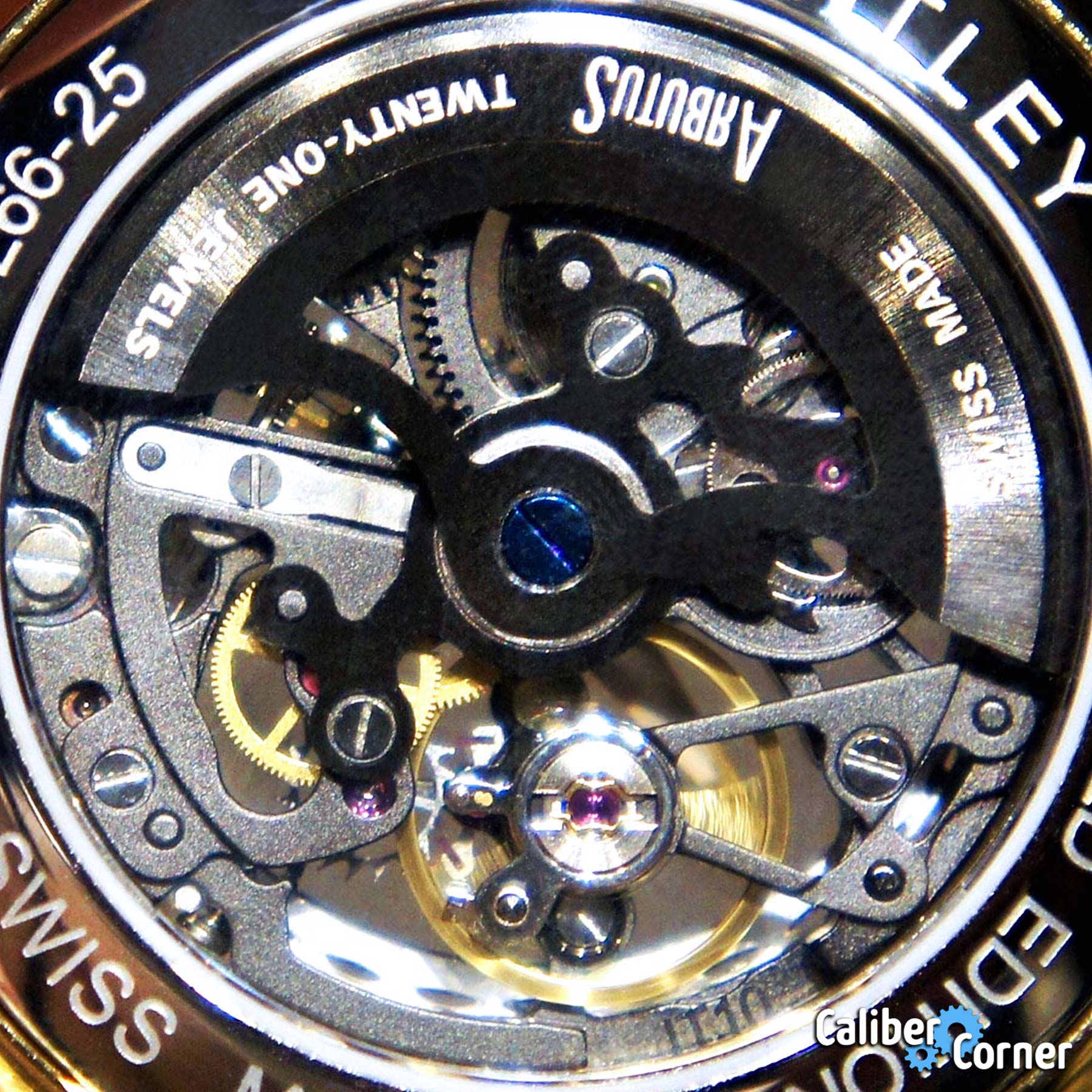 The INTER T SA caliber IT10 is a 21 jewels Swiss made automatic movement.

There is almost no information about INTER T SA online. Their official company website is down so there is speculation as to whether the business still exists. The company was founded in 2010 and the headquarters is/was located in Renens (Vaud), Switzerland. Other location information places the company in Le Locle, Switzerland.

The INTER T SA calibers have largely been found in watches from brands that typically produce watches made in China. Quite interesting is a paragraph that INTER T SA posted on their Linkdin page regarding the Swiss Made label. Notice how they put Swiss Made in quotes:

“The law requires that at least 51% of the watch’s overall value be produced in Switzerland. It also specifies that the watch’s movement be Swiss. Both final assembly and quality check must be performed in Swiss territory. Through our assembly and our quality control department, we offer our clients the chance to obtain the precious “SWISS MADE” label. INTER T can also supply “SWISS MADE” movements to fit your needs.” –Source

Also in their About Us section:

“Designed specifically for the demands of our worldwide clients, INTER T has developed a revolutionary new watch manufacturing and handling concept. From the beginning, we have given great attention to the “Swiss made” standard and realized the strength of its reputation. Our attention is to add detail to the quality and experience of Swiss watch making. This is what makes us an efficient and competitive partner with whom you can work confidently.”

It’s Swiss enough to be designated as Swiss Made. With that said, the guidelines for a watch being labeled as “Swiss Made” allow for the watch to not actually be entirely made in Switzerland. From the information above, it would appear that this is INTER T SA’s specialty.

In a review of an Earnshaw Beagle watch containing the INTER T SA caliber IT10, ablogtowatch had this to say:

“So going back to the Beagle – how Swiss Made is it? I don’t have all the details, but I wanted to get the the bottom of the movement. The movement is mechanical, an automatic, and skeletonized. For the price it looks pretty good. An answer from Earnshaw revealed that it is supplied by a Swiss company called Inter T SA. Their website is surprisingly straightforward. They indicate that they started as a result of ETA reducing supply of their movements and to help fill in the gap of Swiss Made watch movements. To make a long story short, the movements are technically Swiss Made. The necessary value is from Switzerland, and the rest of the parts likely come from China. And to be honest that isn’t very uncommon. Some of the more important parts such as the hairspring come from Switzerland.”

Here is a video from 2014 by INTER T SA showing their watchmaking assembly process:

Brightness and readability in the dark is spectacular.[img]https://i.imgur.com/F6qYs2I.jpg[/img]