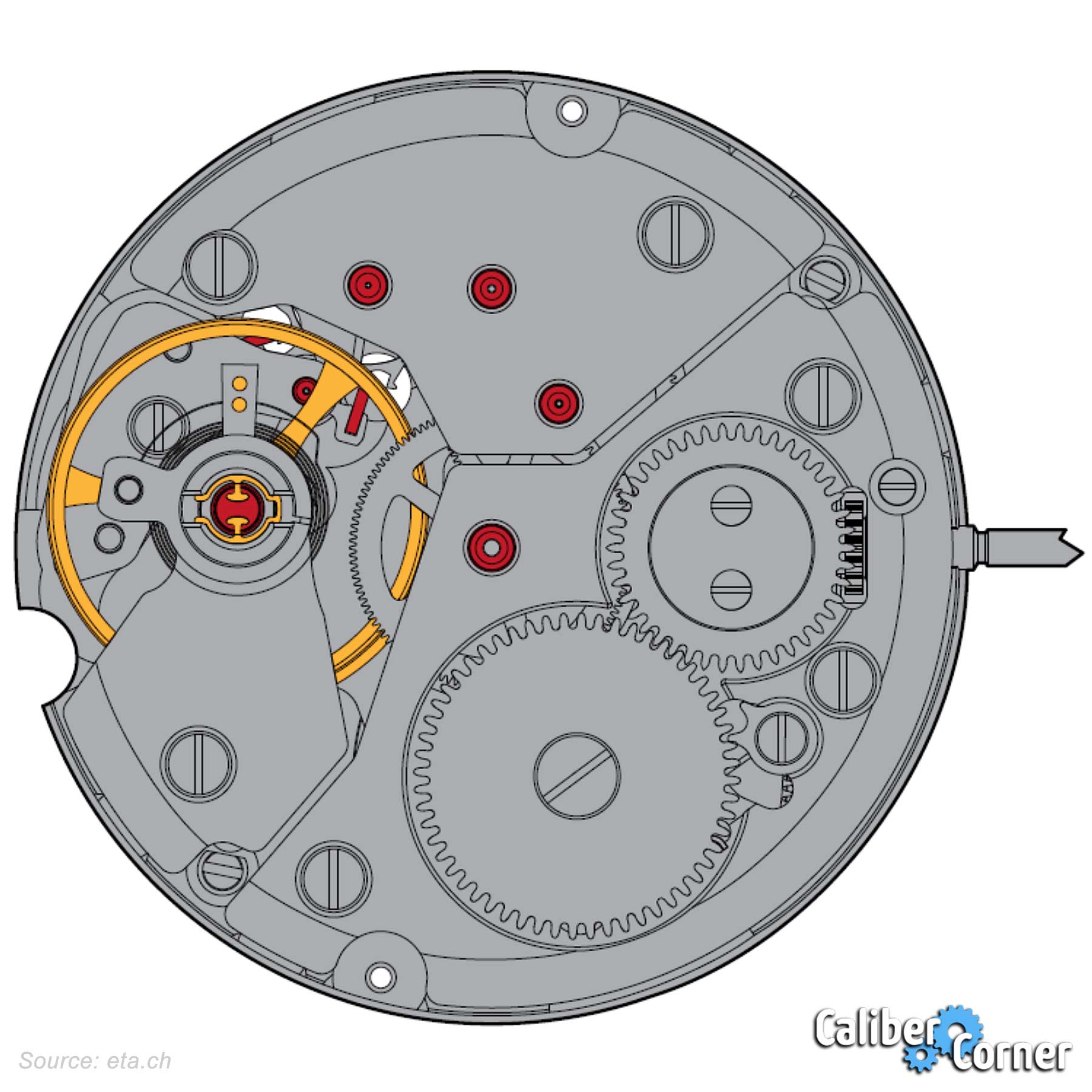 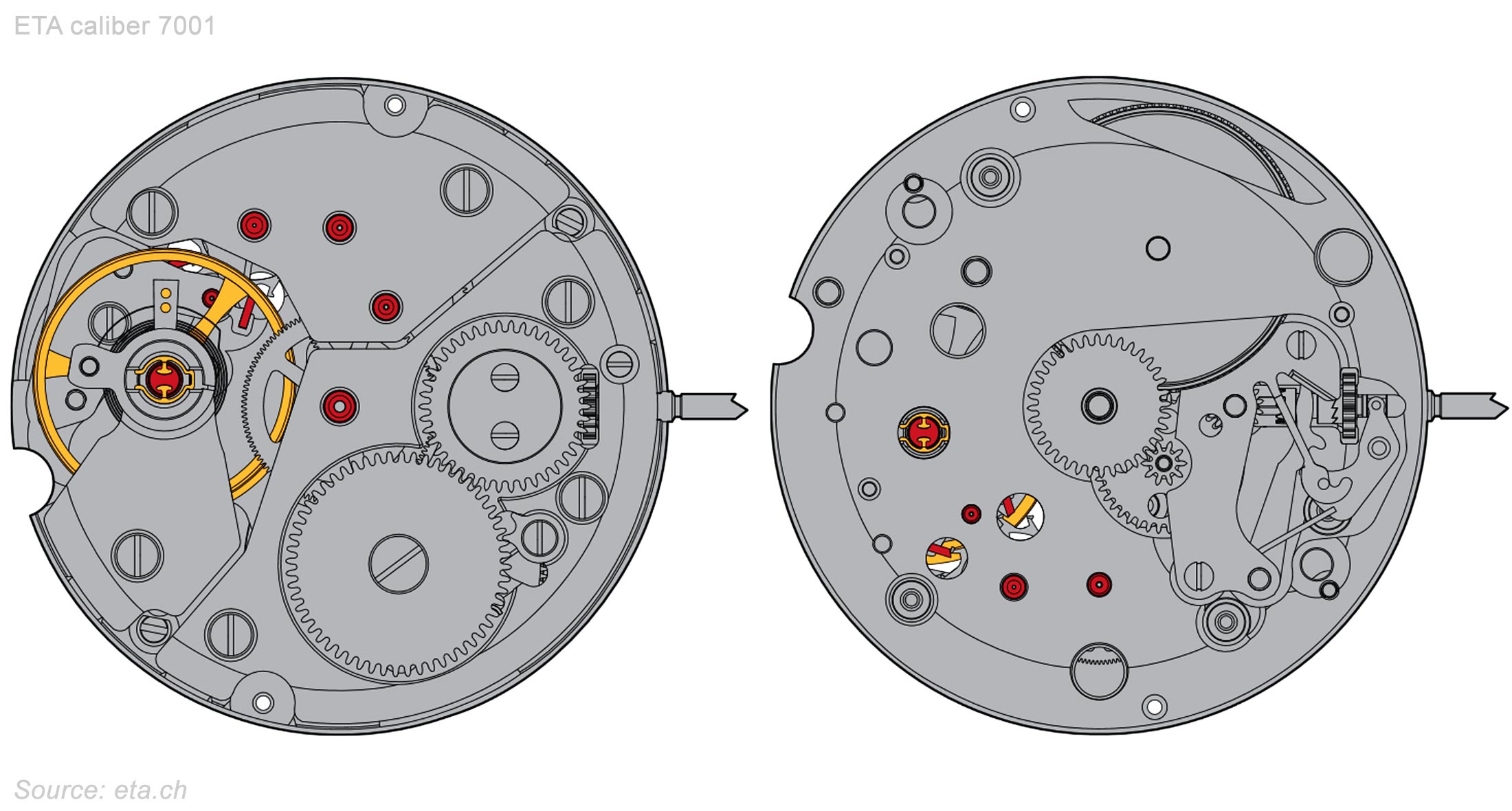 The ETA/Peseux caliber 7001 is a mechanical hand-wound movement with 17 jewels. The most notable attribute of this caliber is its ultra slim height of only 2.5mm. This movement has been in production since 1971.

The ETA 7001 is used as the base movement for other vintage calibers including the Peseux Caliber 7040 and Omega caliber 651. Caliber 7001 was also used in NOMOS watches from about 1992 until 2005.