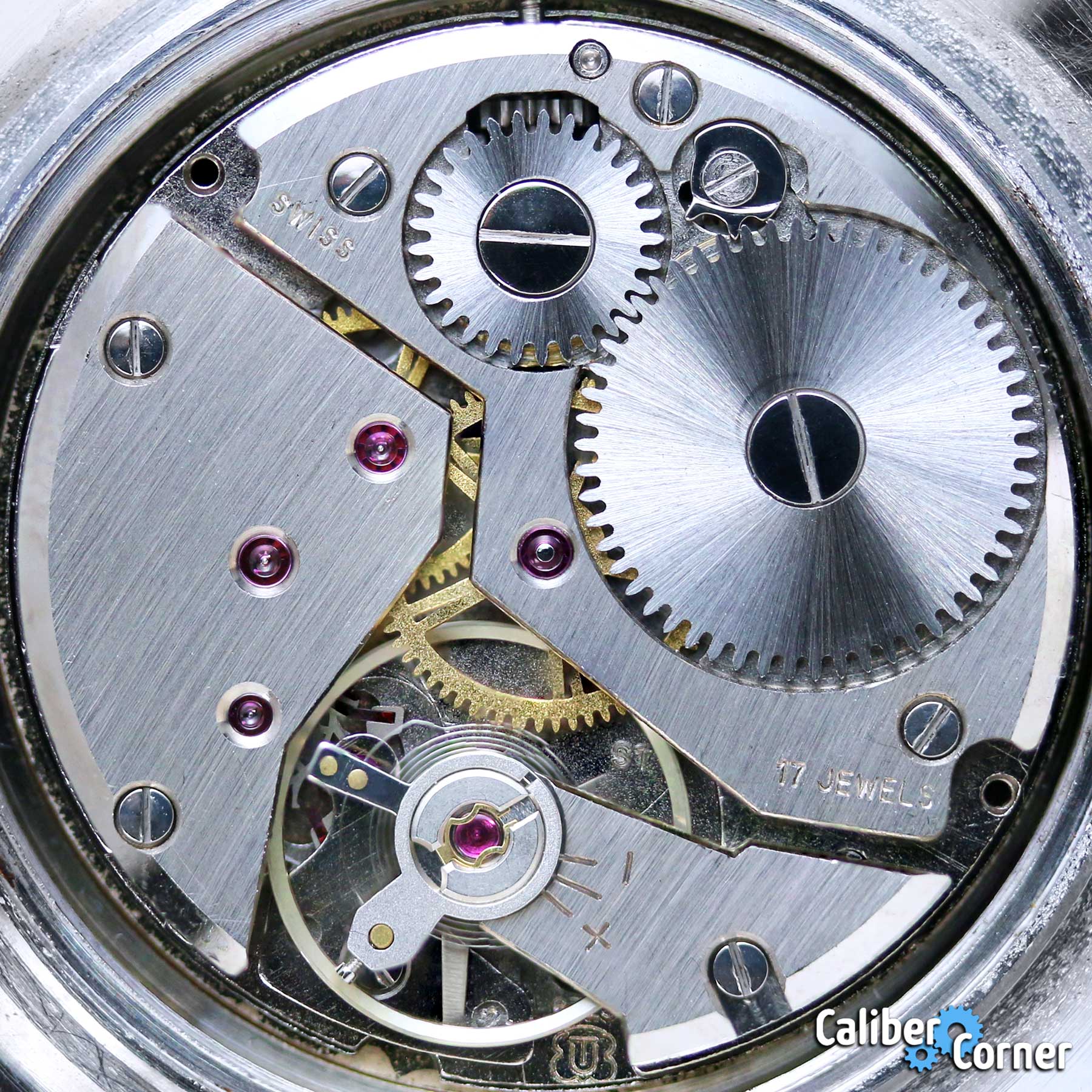 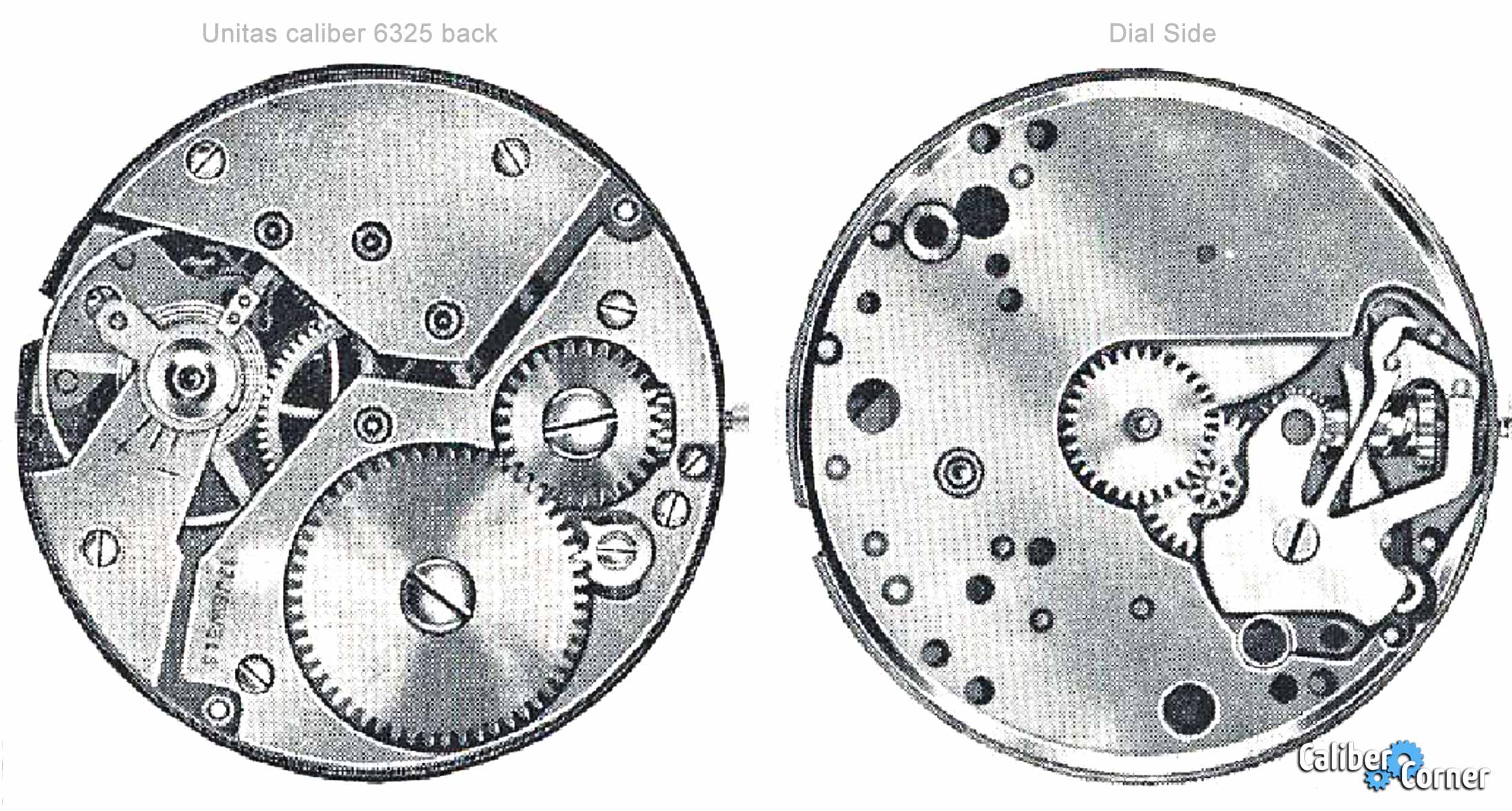 Unitas caliber 6325 is a vintage 3-hand manual wind mechanical movement with 17 jewels., produced by Fabrique D’Ebauches Unitas S.A. in Tramelan, Switzerland. This caliber is often referred to as a Wehrmachtswerk aka military/army movement.

There is a similar Unitas caliber 6326 with the main difference two bridges with a difference shape. 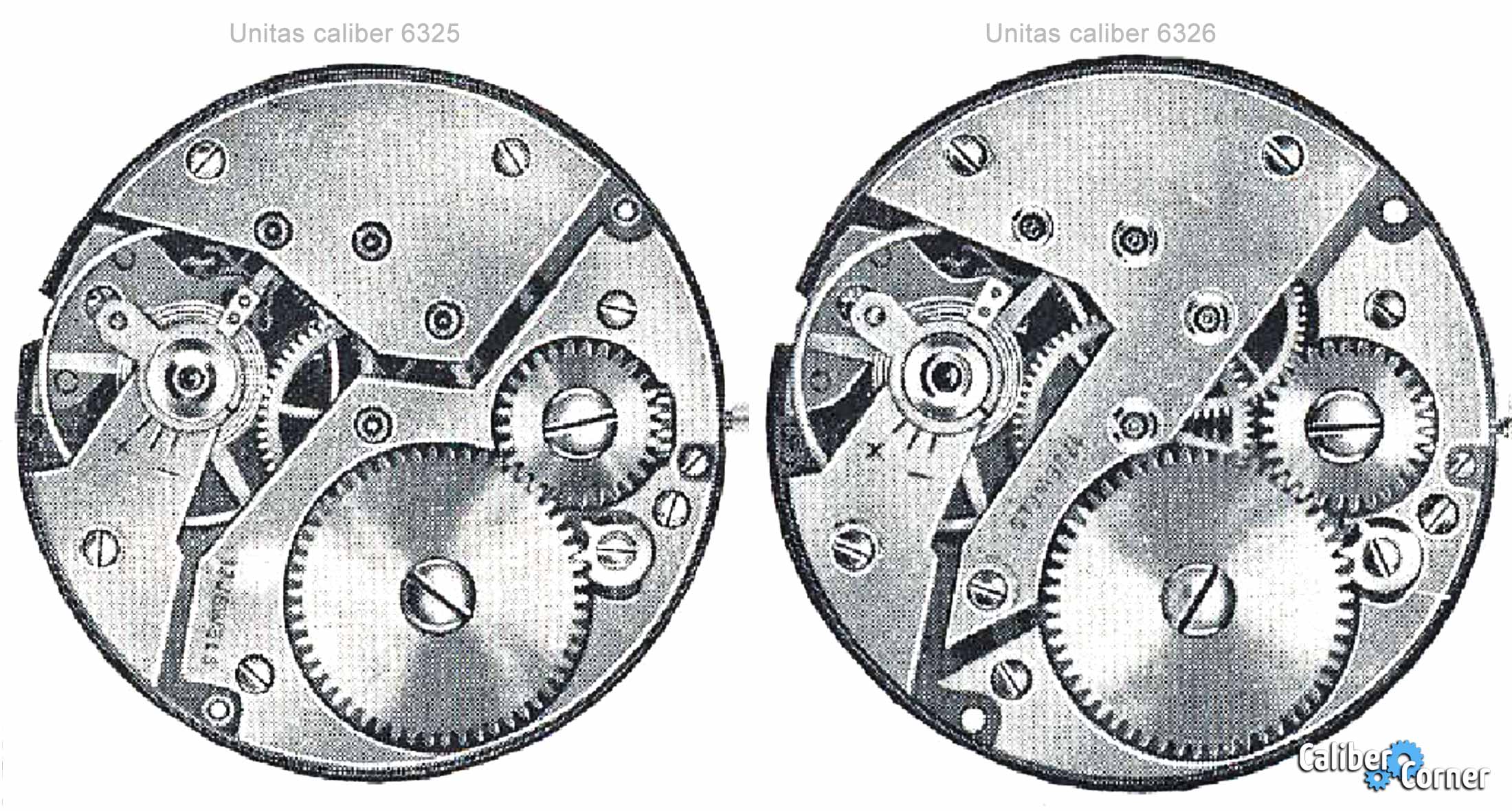 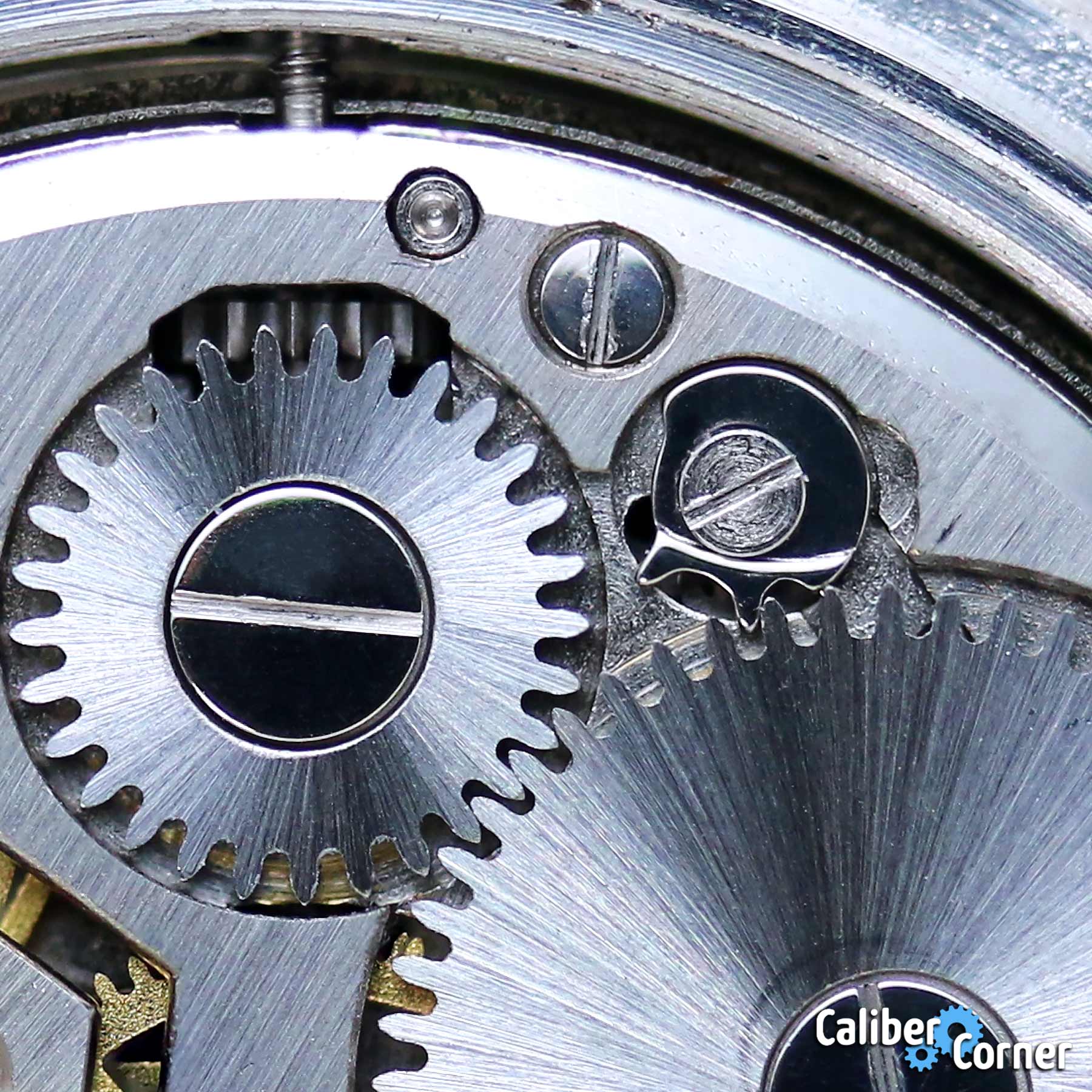 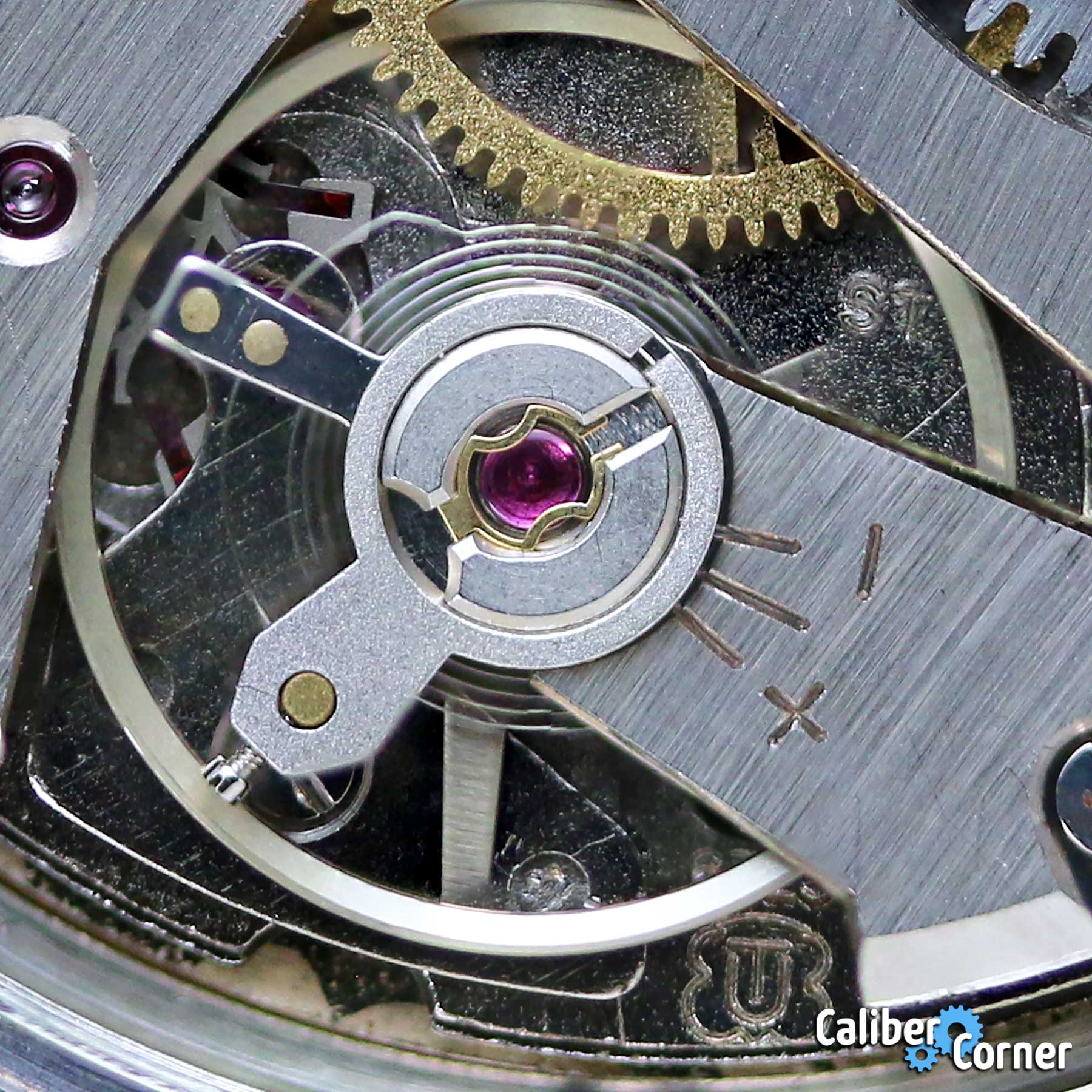 Watches with this movement

You may see the term “Wehrmachtswerk” being used to describe watches with the Unitas 6325 movement. Watches with these movements go back to WWII, however, just because a watch has a wehrmachtswerk movement doesn’t mean it’s that old. The movement pictured on this page was found in a vintage BWG Swiss Courage timepiece likely produced in the 1960s.

The 6325 can be found in a variety of other vintage military watches as well. As for the terms “wehrmachtswerk”, there are no direct English translations provided by Google translate. When breaking up the word as suggested by the translator, “wehr macht” in German means “fight back” or defense (at least according to Google).

If you have watch with this movement, please talk about it in the comments below… 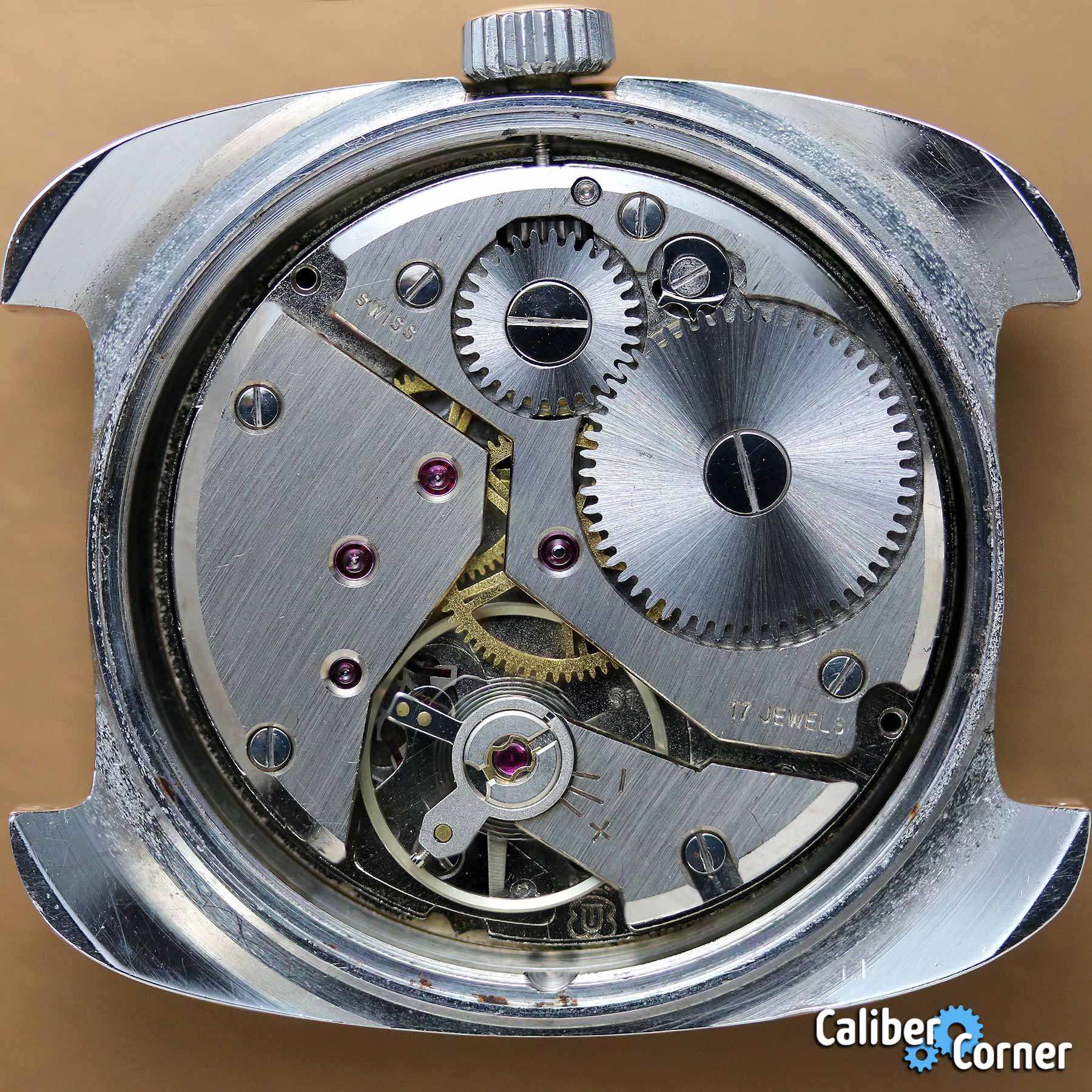