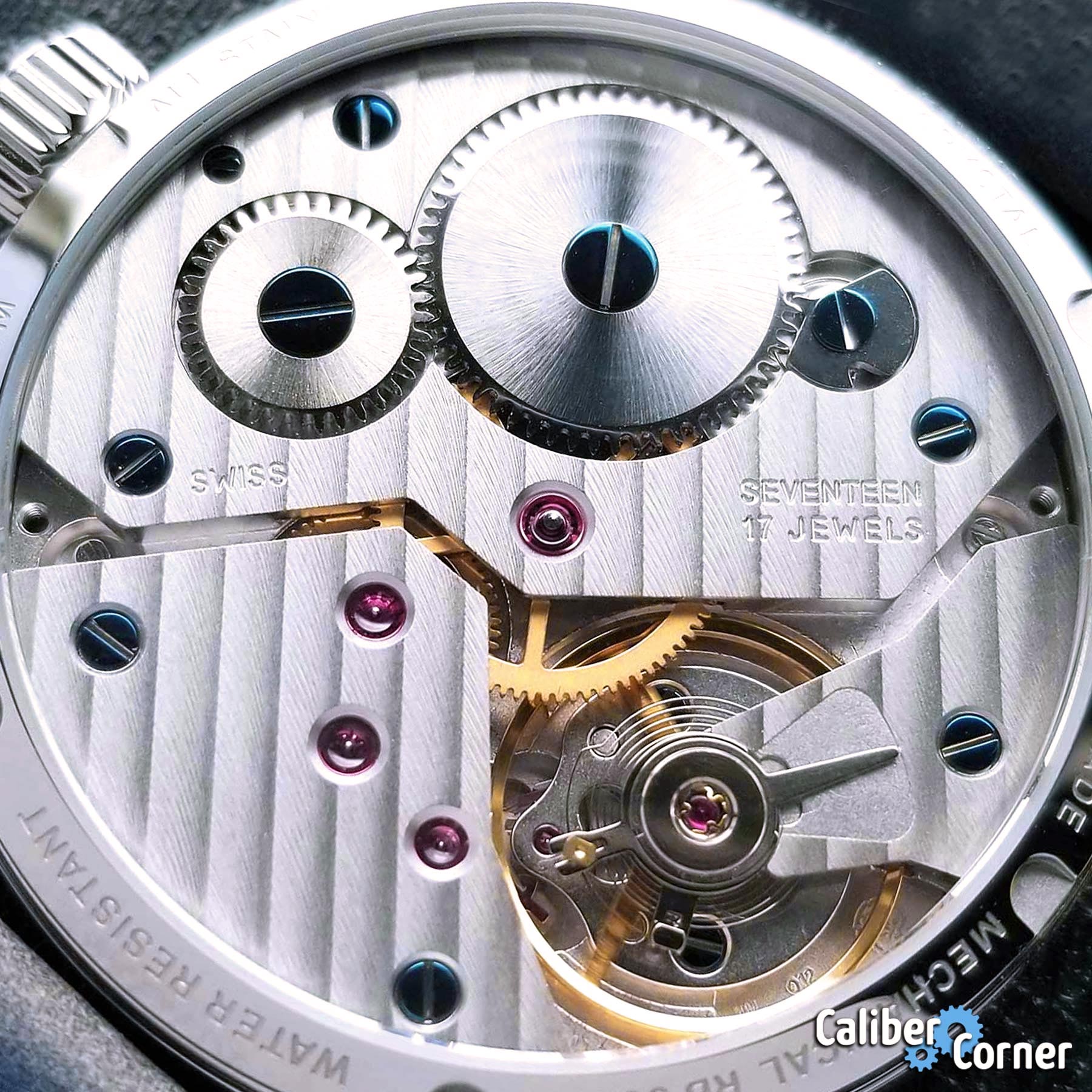 The ETA/Unitas caliber 6498-1 is part of ETA’s Mecaline Specialies line of movements. It is a hand-wound or manual-wound movement and is considered to be one of the most common mechanical calibers on the market. This is essentially a pocket watch movement that has been adopted by the wristwatch.

The official power reserve rating on the 6498-1 is 46 hours. You may see others claim a 48 hour power reserve, even up to 53 hours. This could be due to a different configuration depending on the watch brand, or ETA simply used 46 hours as a guide for the lowest power reserve to expect from a full wind.

How many turns of the crown until fully wound?

Unlike some other movement manufacturers, ETA does not clearly define the number of turns needed to take a cal. 6498-1 from 0 to full power reserve. Perhaps this is due to the fact that technically the number of turns may vary depending on the crown size. In an effort to start crowd-sourcing this information, a few sample 6497-1 based watches were used to count the number of clicks from a stopped state until the movement could not be wound further. The results were as follows:

All examples have 56 teeth on the ratchet wheel.

Maybe not the best experiment, but interesting enough. Will test these again and update if there are any differences. If you wish to join this experiment, please comment below with your watch and how many clicks you counted from 0 to fully wound.