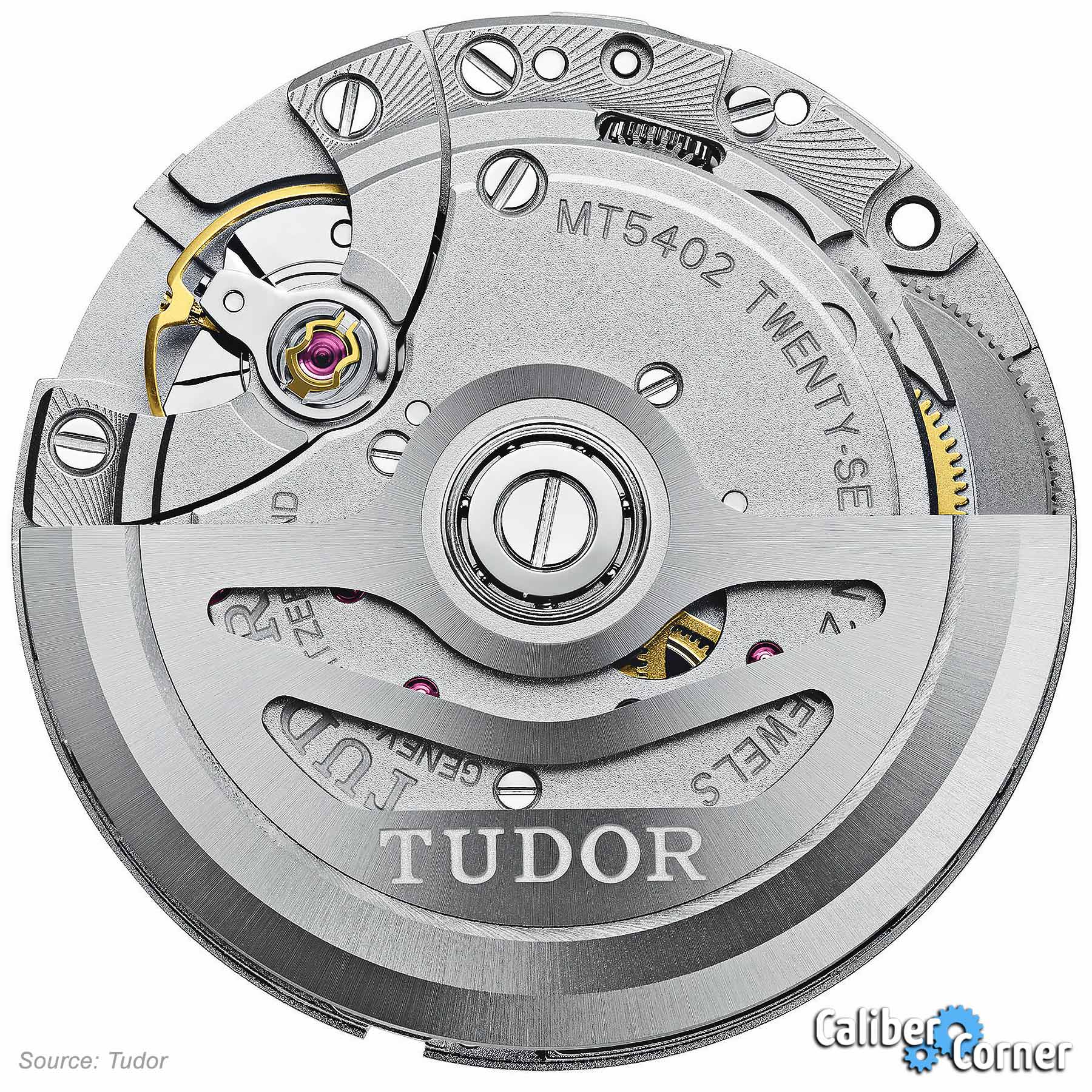 The Tudor caliber MT5402 is a true no-date (ND), 3-hander automatic movement with 27 jewels and a beat rate of 28,800 vph (4Hz). This manufacture movement is a Certified Chronometer (COSC), equipped with a bidirectional rotor system and variable inertia balance, micro-adjustment by screw. This caliber also features a non-magnetic silicon balance spring.

There is a similar Tudor caliber MT5400 with the main difference being that the MT5402 discussed on this page is a smaller version of the MT5400 (26mm vs 30.3mm). The reason for the larger diameter of the MT5400 is purely cosmetic, due to the fact that watches powered by this caliber (such as the 925 and gold Black Bays) feature an exhibition style caseback. 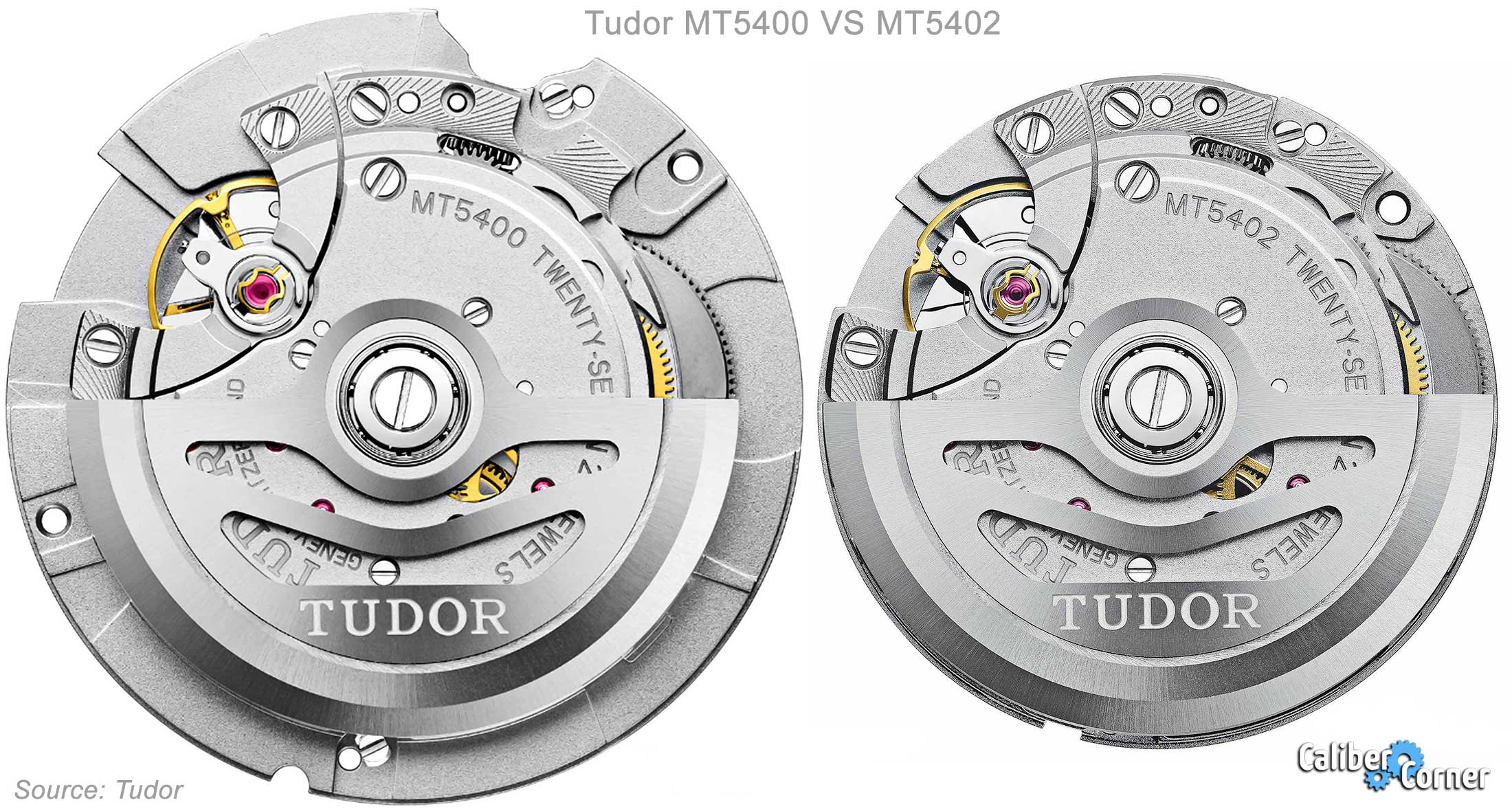 “The Ranger model is equipped with Manufacture Calibre MT5402. Its construction has been designed to ensure robustness, longevity, reliability and precision due to its variable-inertia balance, which is held in place by a sturdy traversing bridge with two points of fixation.”

The MT5402 is another movement that some label as an in-house movement, but Tudor themselves refer to as a manufacture movement. Even more confusion comes about due to the fact that calibers such as the MT5402 are manufactured by Kenissi (not exactly Tudor), but Kenissi is owned in part by Tudor (Chanel being the other part). This just means that the movement wasn’t 100% designed and produced entirely by Tudor itself, but and outside supplier – that happens to be owned by Tudor.

The Tudor calibre MT5402 is found in the Tudor Ranger 39mm (introduced in July 2022). Check back for more models…