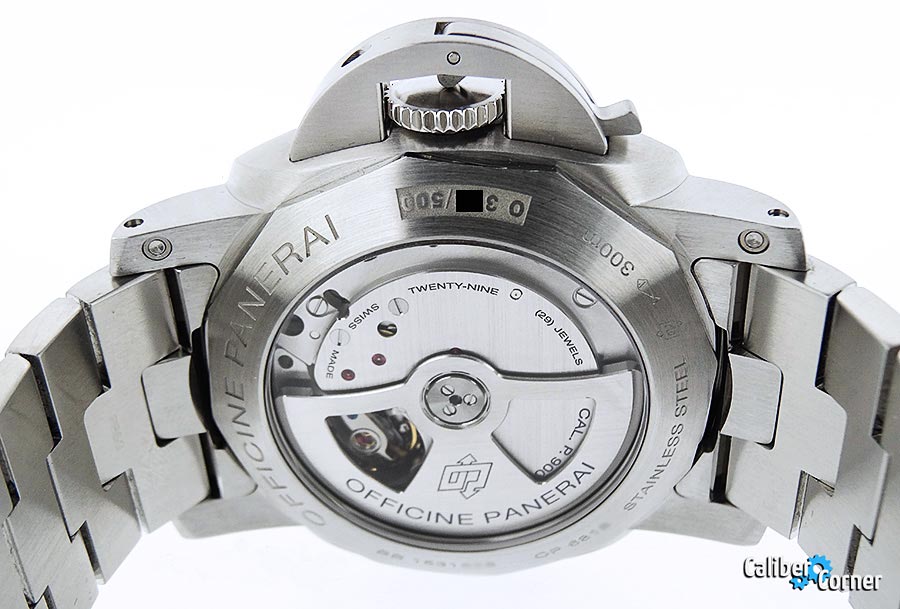 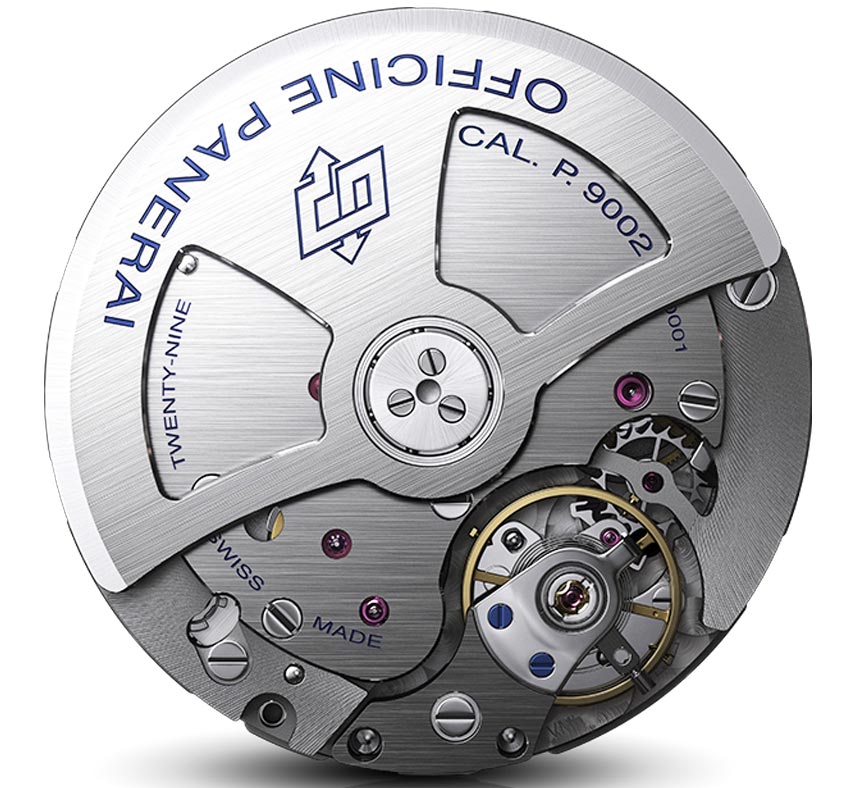 The Panerai caliber P.9002 is an in-house automatic watch movement. This caliber has 29 jewels, carries a 3 day power reserve thanks to the two barrels, beats at 28,800, and has 237 components. Featuring a Glucydur balance and Incabloc anti-shock.

In Panerai’s own words:

The P.9002 calibre, created entirely by Officine Panerai and used in a series of Luminor 1950 and Radiomir models, is fitted with various functions: it is an automatic calibre with a 3-day power reserve and a unique technical design which makes this movement immediately recognisable. The calibre has a diameter of 13¾ lignes and numerous features: two barrels which guarantee 72 hours of power reserve; a single piece rotor which winds by moving in both directions thanks to an automatic ratchet device; a balance wheel with adjusting screws, oscillating at a frequency of 4 Hz; a date display and a seconds reset device which resets the seconds hand, enabling the watch to be synchronized perfectly with a reference time signal. To house this movement, a specially made version of the Luminor 1950 case has been designed, keeping the proportions of the original but featuring a slightly less convex sapphire crystal which only barely protrudes from the bezel. The P.9002 is a variant of the P.9001 automatic calibre with several additional features: GMT, or rather a second time zone, indicated by a central hand, seconds reset and power reserve indicator.

The P.9002 takes “hacking” to the next level with a convenient seconds reset device. Pulling the crown to setting position automatically resets the seconds to 12:00 and the hand stays hacked until the time is set and crown pushed back in.

The example pictured below was found in a PAM 347.