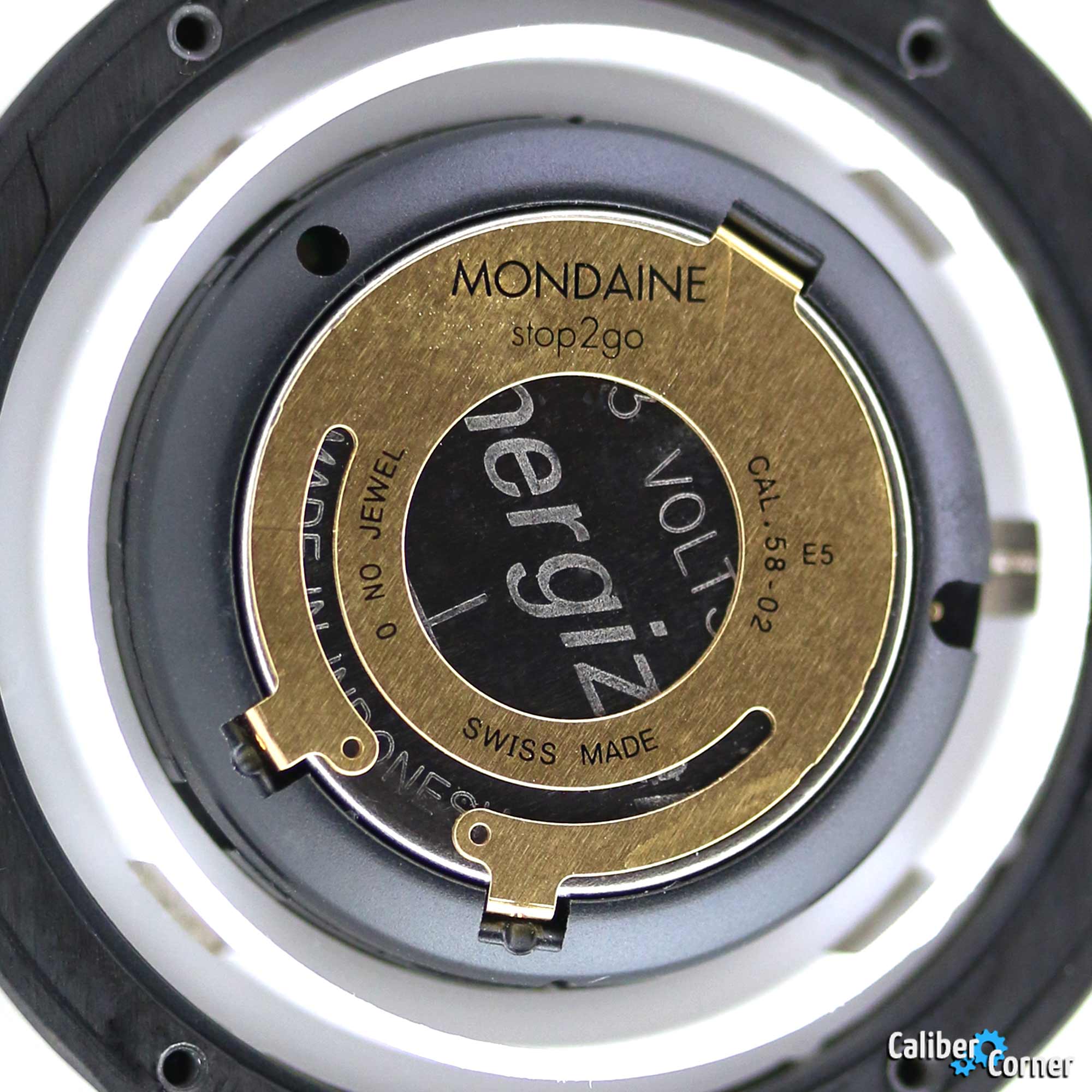 The Mondaine caliber 58-02 is found in stop2go model watches.

This quartz movement has a special electronic circuit which is programmed to speed up the second hand at 58 seconds so that it stops when reaching the 12:00 position for each passing minute. The second hand “stops” at the 58th second, then can “go” again once the minute hand changes (2 seconds).

The design and function of the movement is supposed to be like the official Swiss railway clocks.

“A regular quartz watch runs with one motor to gear the hour, minute and seconds hand. The Mondaine SBB stop2go movement needs 2 motors: one to turn the seconds hand and the 2nd motor drives the hour hand and inducts the minutes hand jump. An important hallmark of the Swiss station clock is the smooth drive of the red seconds hand; to convert this to quartz watch a special trick was needed. Instead of moving each second one step forward the seconds hand moves in 4 little paces every second. This makes the impression of a continuous gliding like seen on the Original on each Swiss Station.

These 2 motors and the continuously running seconds hand cause a much higher power consumption than a regular quartz movement. The supply is backed by a lithium battery that ensures a lifetime of approx. 3 years.”

The caliber 58-02 has been tested by Chronofiable for shock resistance, magnetization, abrasion of parts, etc.

This registered trademark is owned by Laboratoire Dubois. It is a guarantee of reliability for watch movements which have passed the corresponding test protocol. In 2003 the company which was formerly Chronofiable SA was incorporated into the legal entity Laboratoire Dubois SA. Nowadays the Chronofiable and Microtechnology Department performs inspections and tests in the fields of both watchmaking and microtechnology. -laboratoiredubois.ch 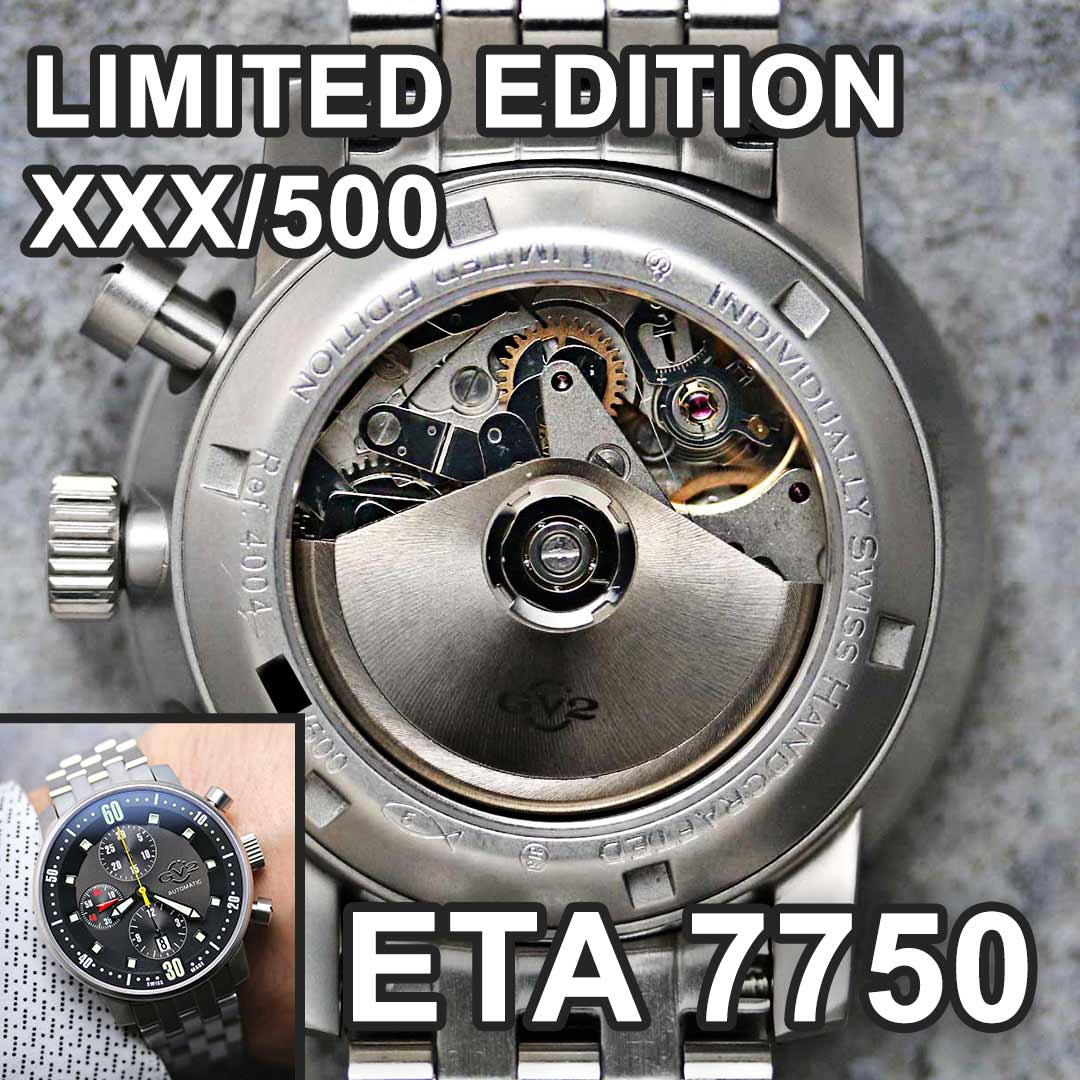