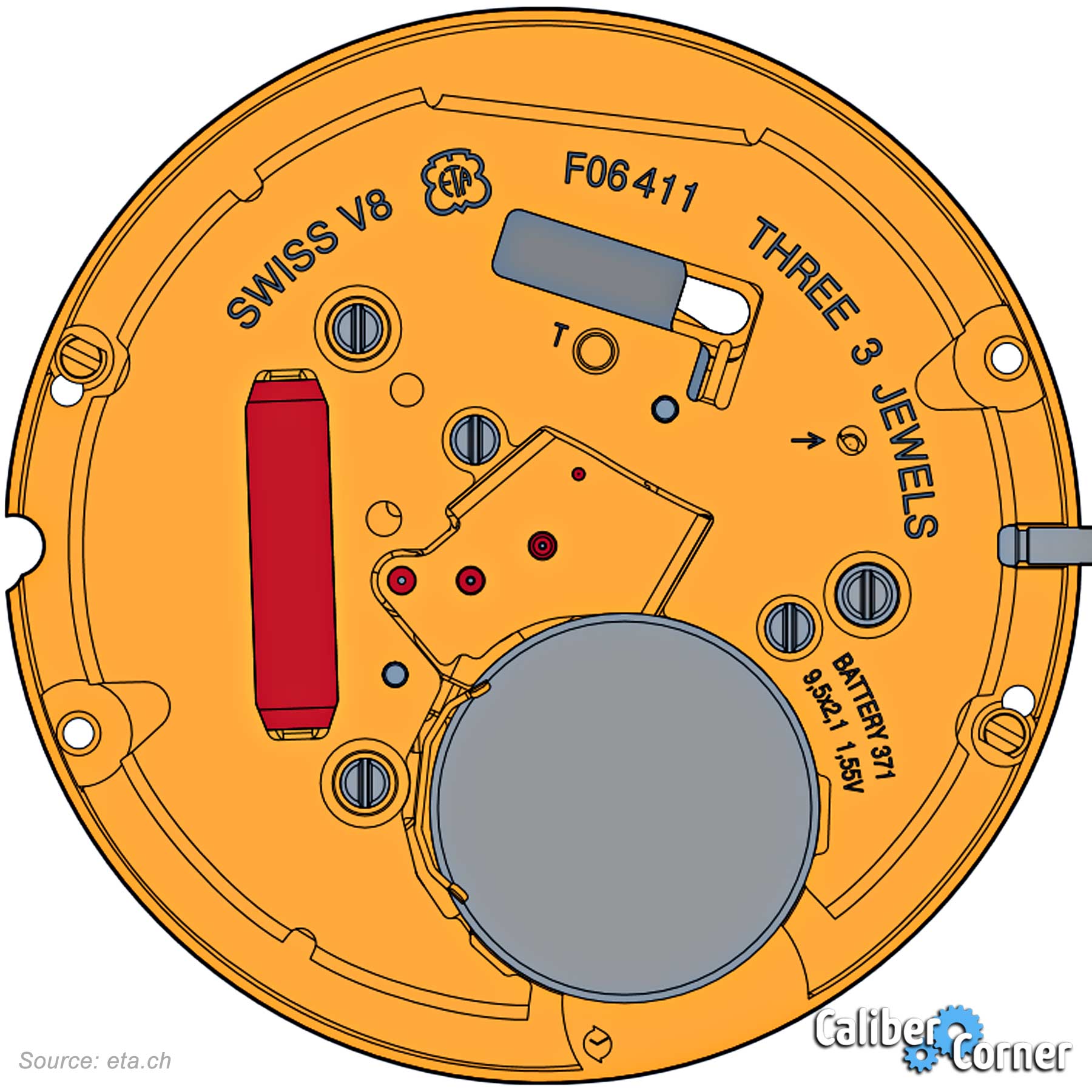 The ETA caliber F06.411 is a Swiss made high accuracy quartz (HAQ) movement with 3 jewels. This caliber is listed as a PreciDrive thermocompensated movement. Based on ETA official tech documents, this caliber has been on the market since at least November 25, 2014. 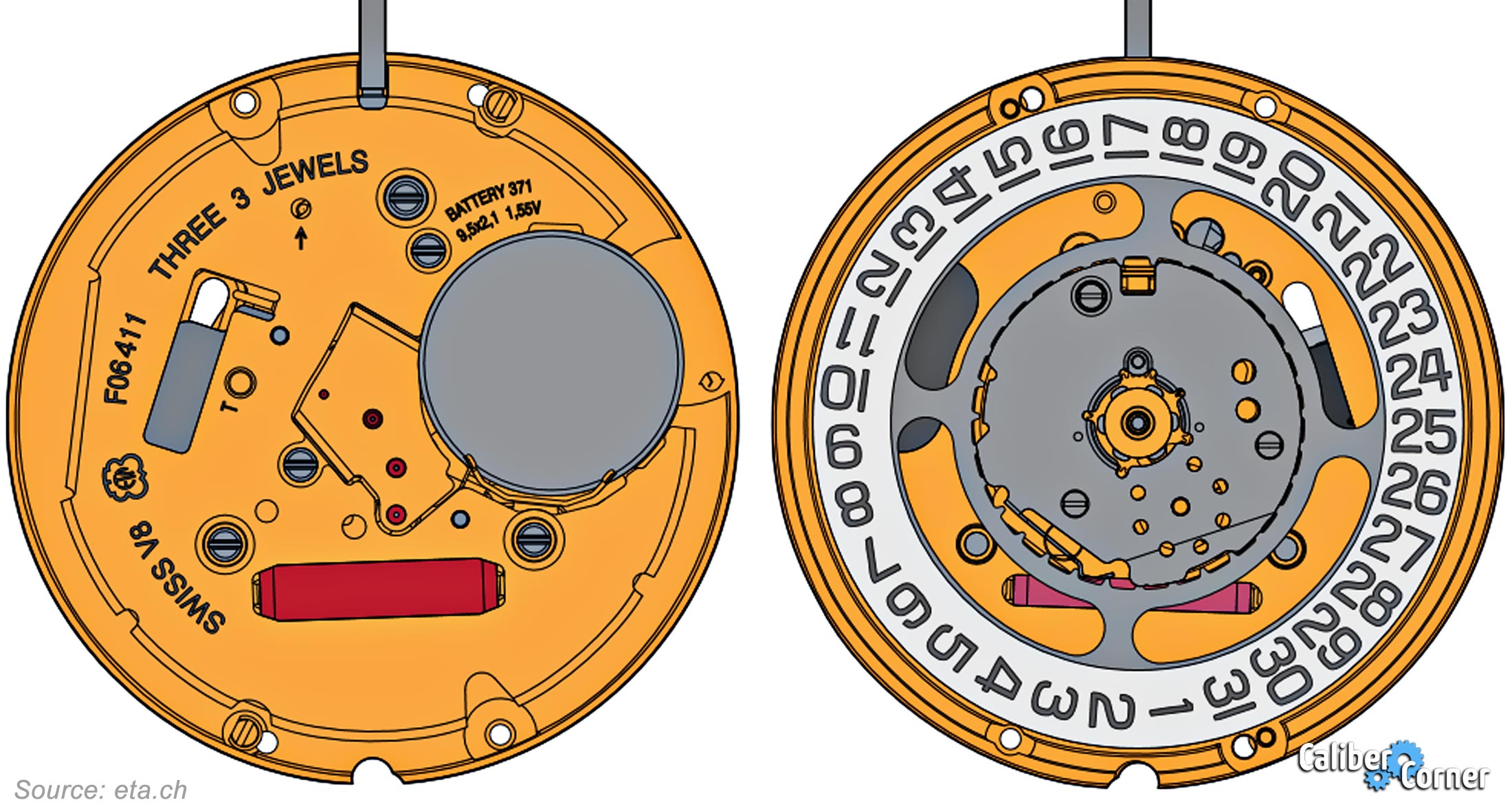 You may see this movement listed as an EOL. EOL stands for end of life. This is a low battery indicator that is built into the circuit board to cause the second hand to jump every 4 seconds when the battery is low on juice.

The F06.411 has rather long battery life when using a higher mAh cell. When using a 40 mAh cell, the battery life can be up to 68 months. With a 55 mAh battery cell, the battery lasts up to 94 months. Note that you cannot simply install a high mAh battery unless your watch is designed to handle the increased thickness. The 371 cell has a diameter of 9.5mm no matter what the mAh is, but the 40 mAh cell is only 2.1mm tall compared to the 55 mAh cell at 2.7mm. Usage will depend on the watch model and design of its case.

To remove the crown, the crown should be in neutral position (against the case). Look for the stem release hole on the movement near the crown There is a small arrow pointing to it. Putting the crown to date setting position should reveal a button in the hole that you can gently press with your tool to release the stem. Do this carefully and do not press too hard. If you damage the stem release mechanism, there doesn’t seem to be a way to fix it since it’s encased in plastic.

The F06.411 has a quick set date feature with the crown in the second position. The date flip on a running watch is considered semi-instantaneous. Therefore, don’t be alarmed if there is lag from the time the date engages and flips over at midnight. The total time is takes for the date to flip can be up to an hour. If the date on your watch doesn’t flip when the hands pass midnight, it doesn’t necessarily mean your watch needs serviced or has an issue, it could simply be how the hands were installed by the manufacturer.