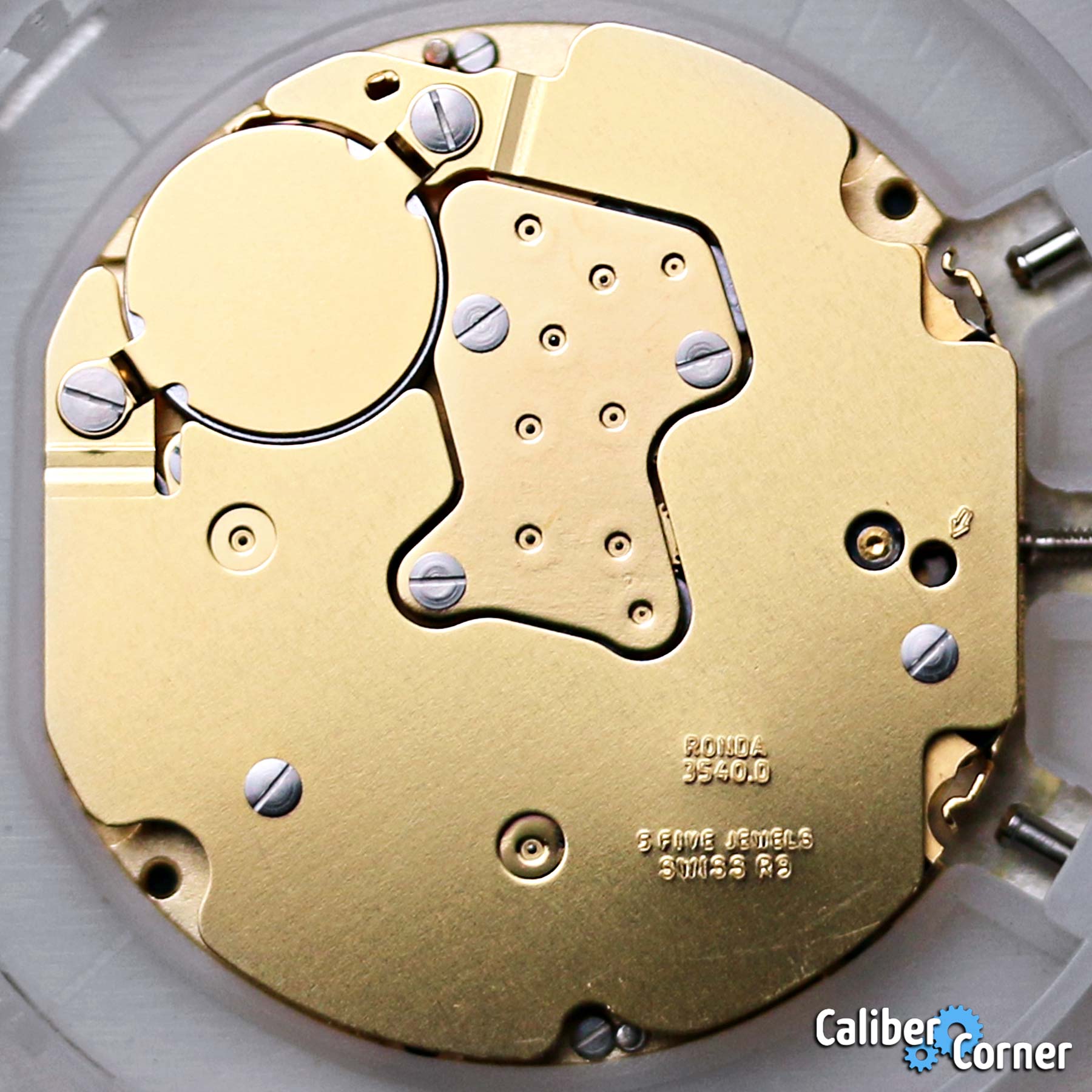 The Ronda caliber 3540.D is a quartz chronograph from Ronda’s startech line of watch movements. This caliber has subdials at 6:00, 9:00 and 12:00. Technical documentation for this caliber was found dated as far back as May 9, 2009. Tech drawings are shared with Ronda caliber 3520.D.

According to the Ronda website, there are two versions of this movement: a gold plated Swiss Made version and nickel plated Swiss parts version. They both have 5 jewels. Ronda also considers this movement to be repairable. 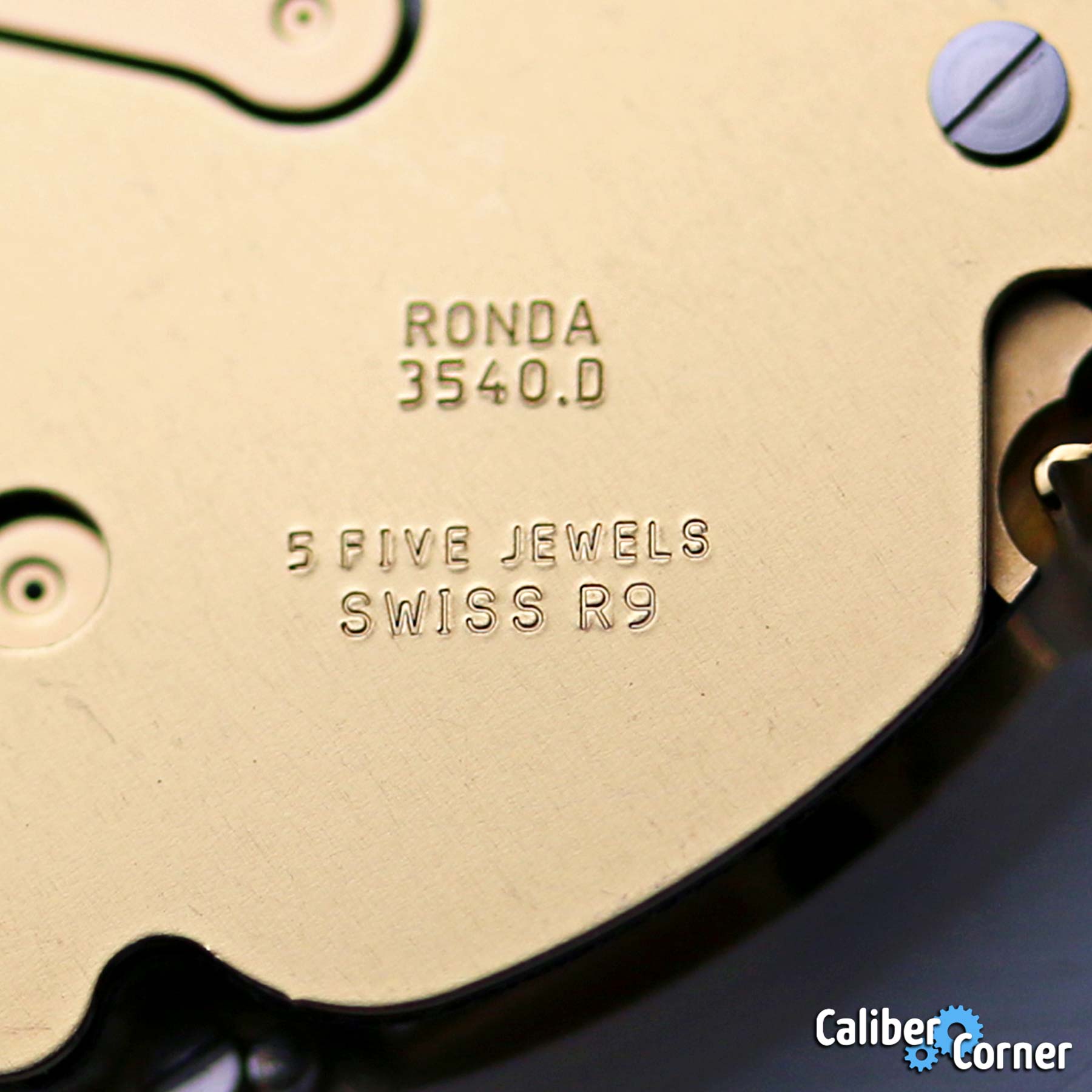 The battery is claimed to last about 54 months in normal conditions, but if you are not going to wear your watch for a while, the 3540.D has a power saving mechanism when the stem is pulled out stem (aka hacking function). Reduction of battery consumption approximately 70%. It is not advisable to leave the chronograph second hand running because it will drain the battery faster and put more wear and tear on the gears.

According to Ronda, the caliber 3540.D should keep time within -10/+20 seconds per month with an operating temperature of 0 to 50 degrees Celsius. 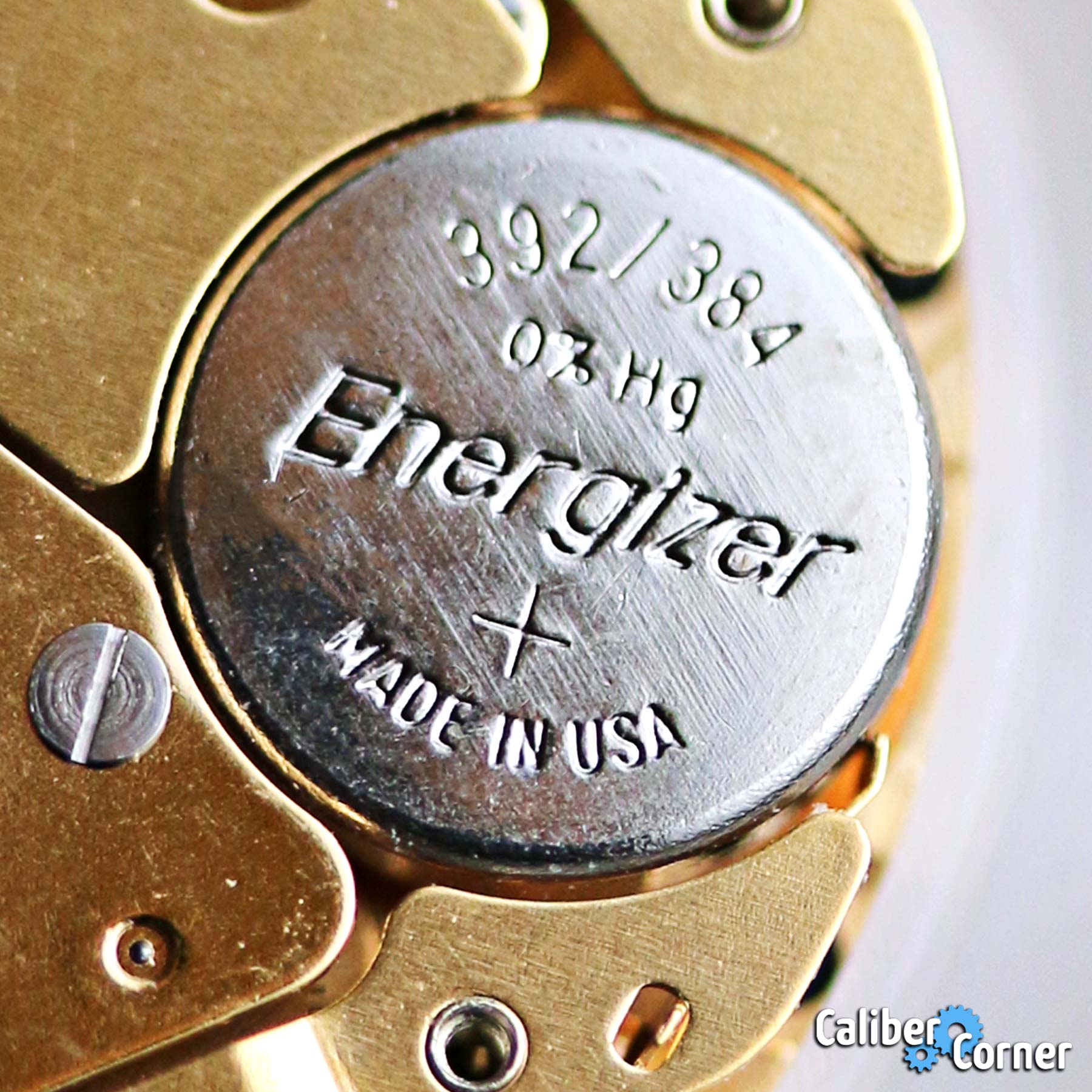 Put the battery cover back on, do not fully tighten the first screw until the second screw is in. Make sure the orange insulator tab is in place. 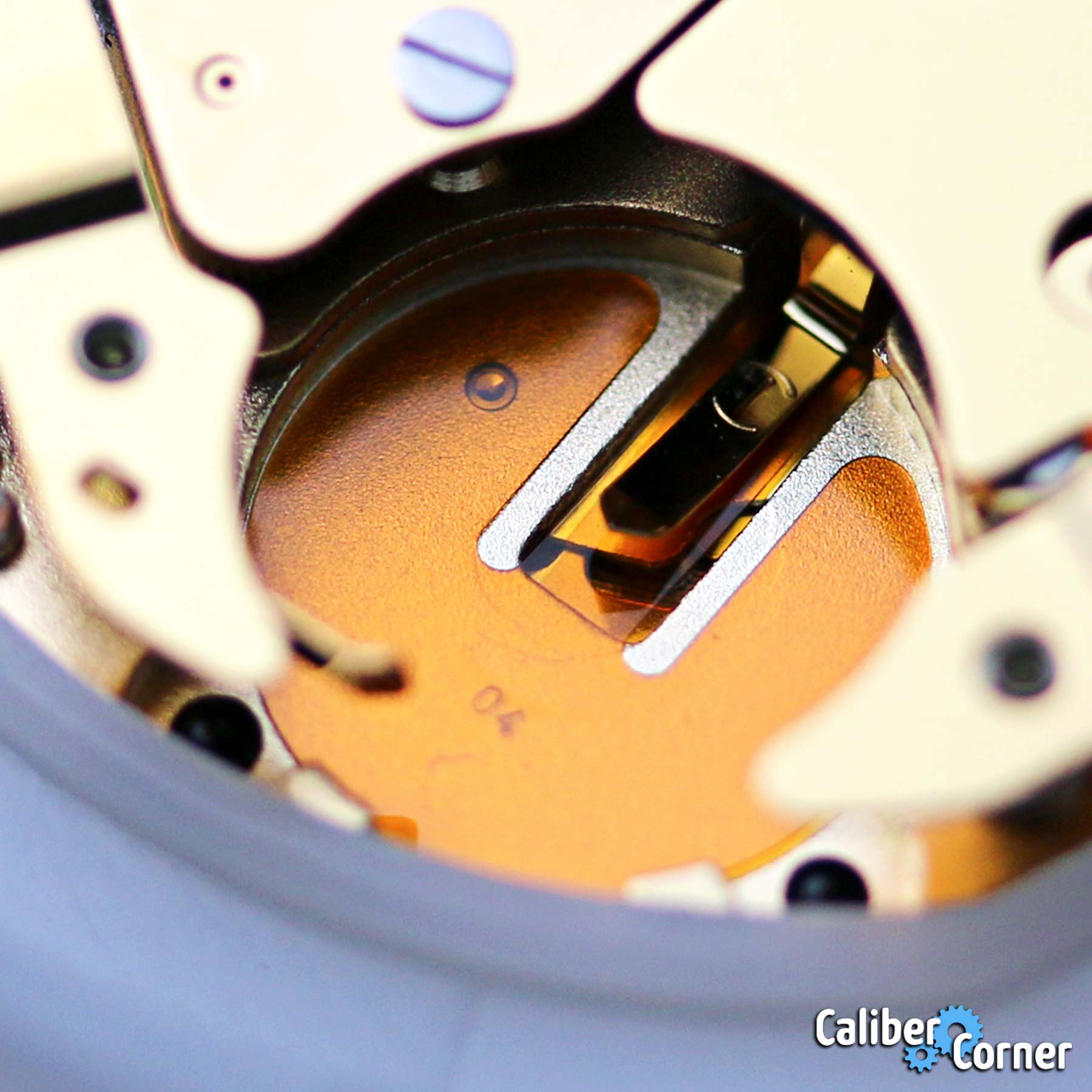 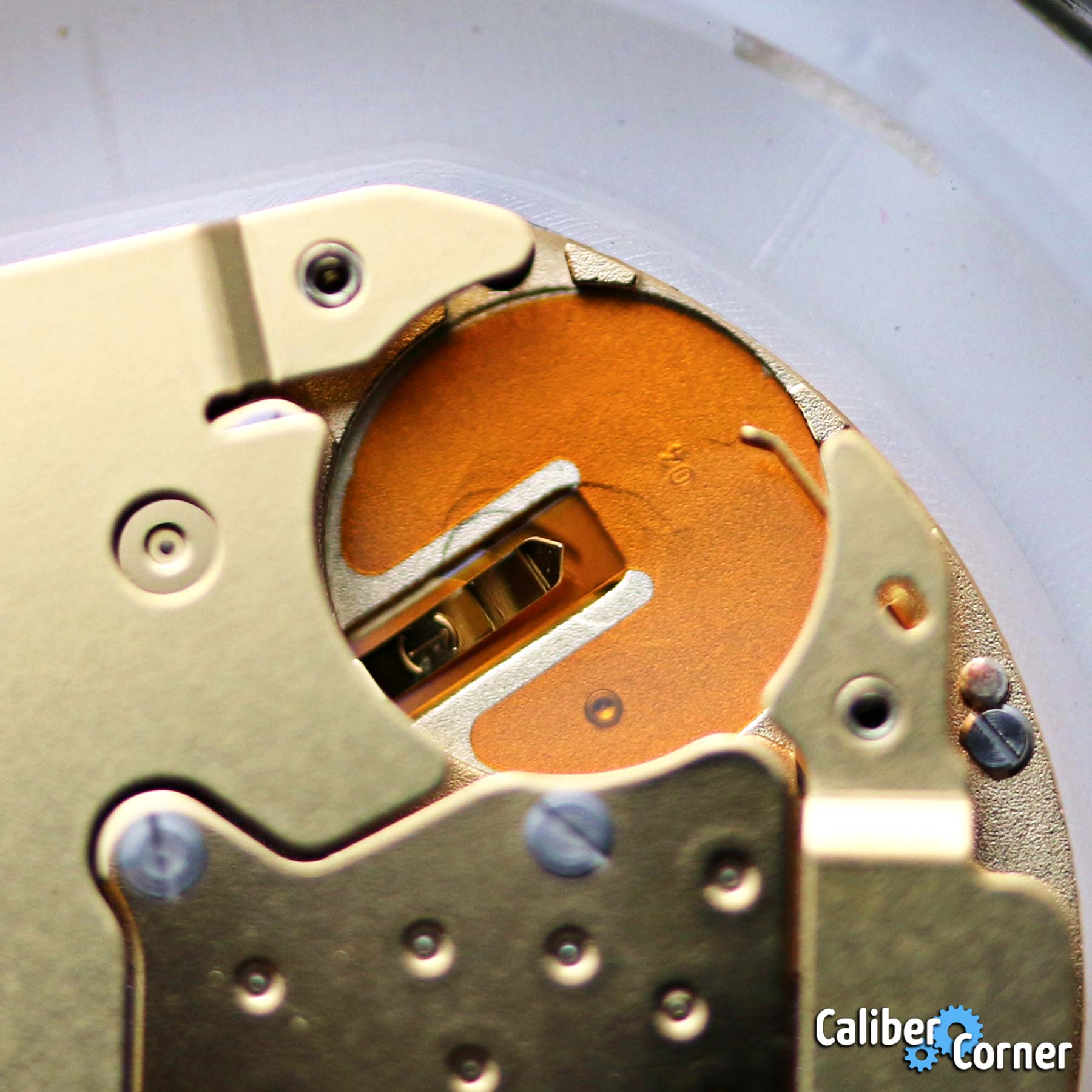 The video below is not of a watch with a 3540.D movement inside, but it is a similar Ronda chronograph and can help you get an understanding of the process to reset your chronograph hands to zero.

The pushers on the 3540.D are controlled via the plastic movement holder as pictured below.

On this particular watch, you cannot engage the chronograph function without the movement holder installed. A movement holder or spacer, such as the white plastic example shown, is often found on larger watches. Smaller timepieces may not need a holder/spacer and possibly have the chrono buttons integrated into the case design. If your watch is like that, please post it in the comments. 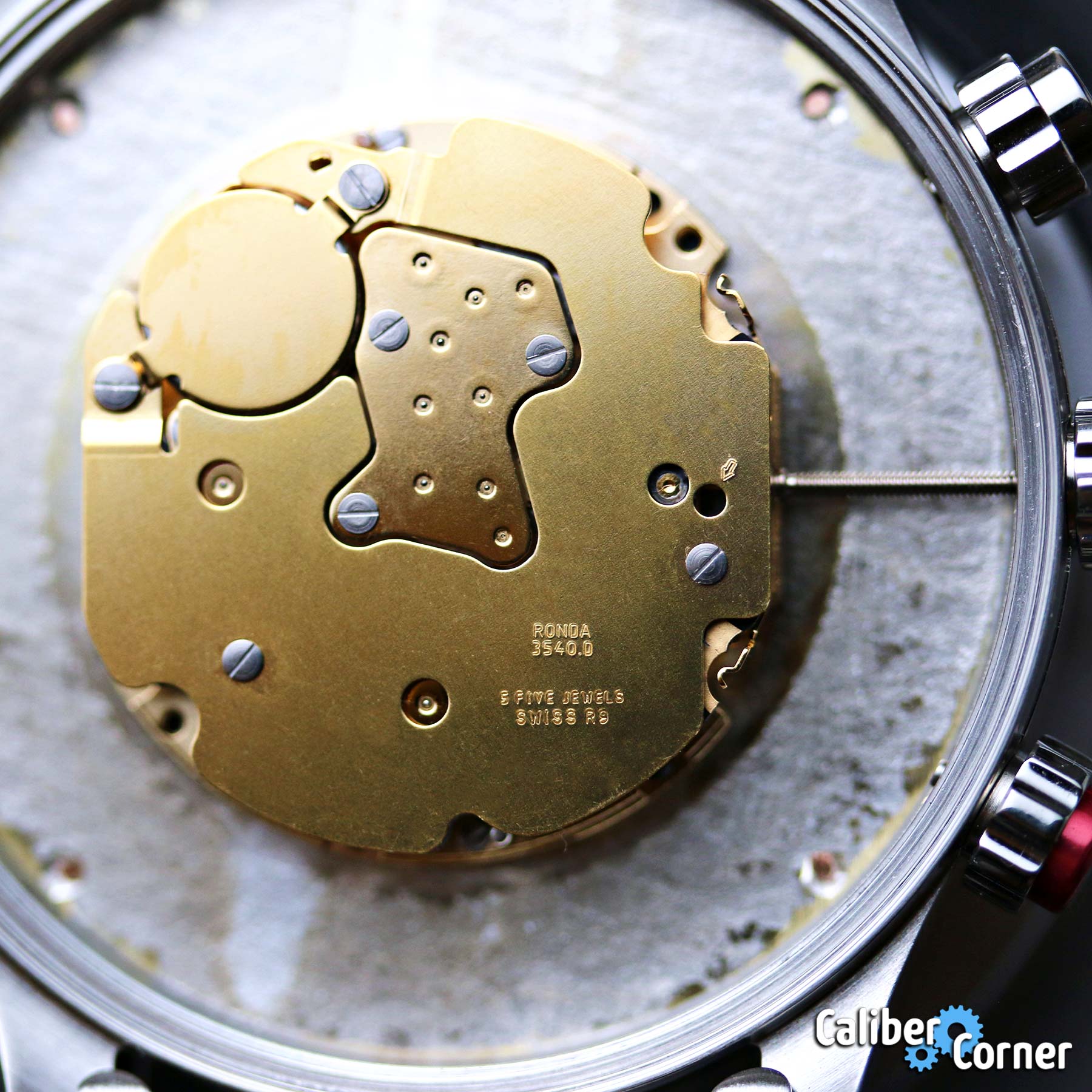 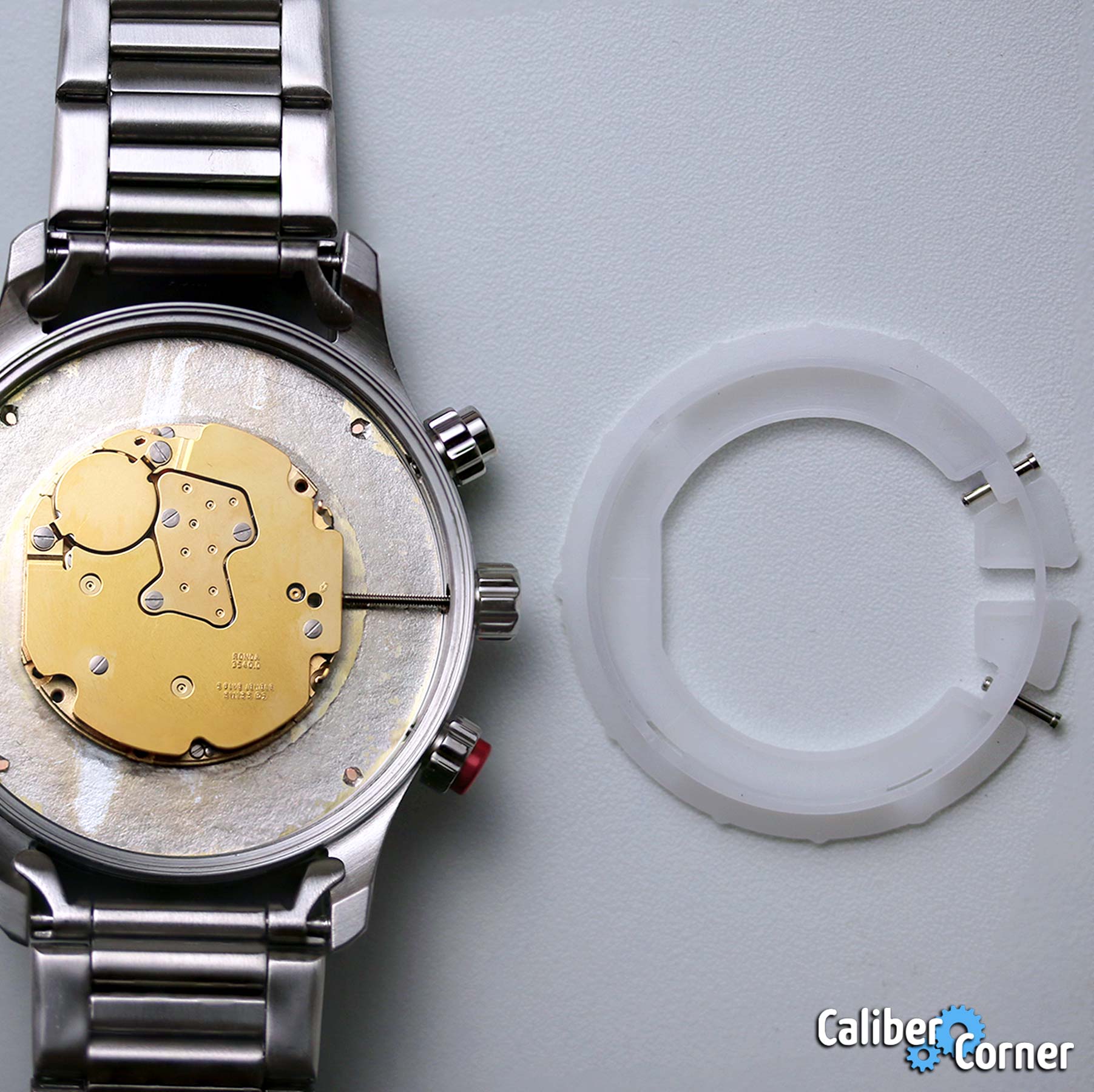 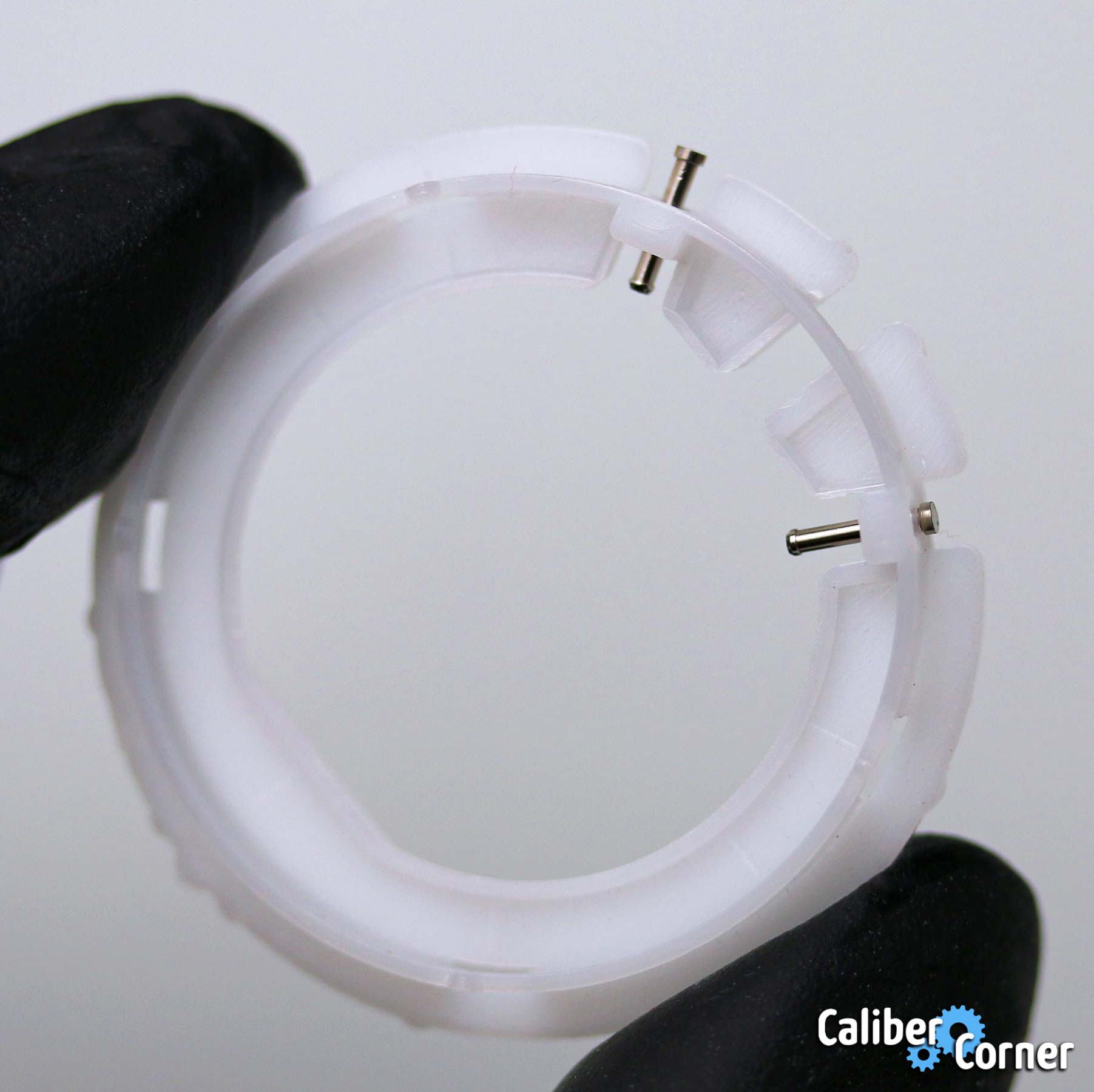 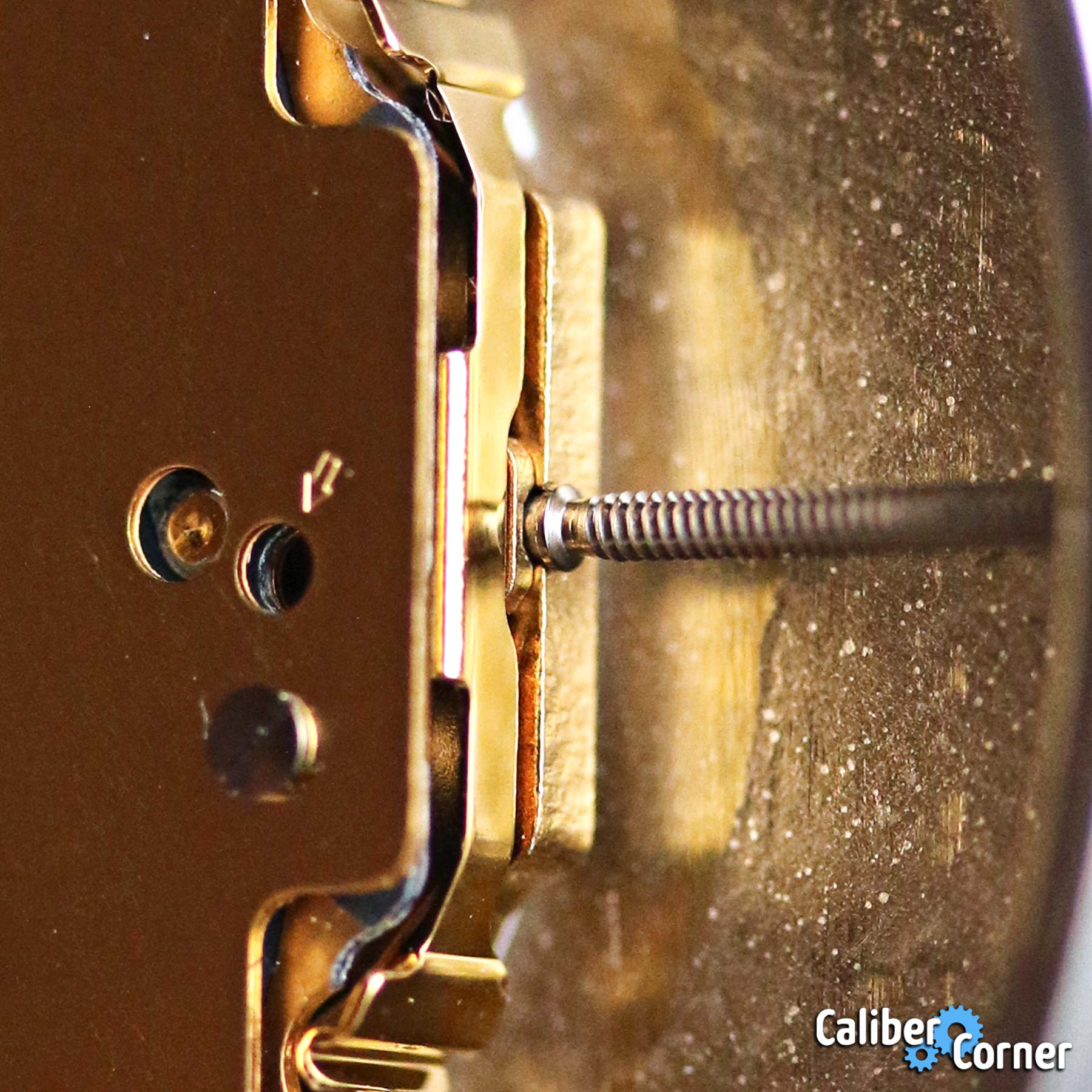 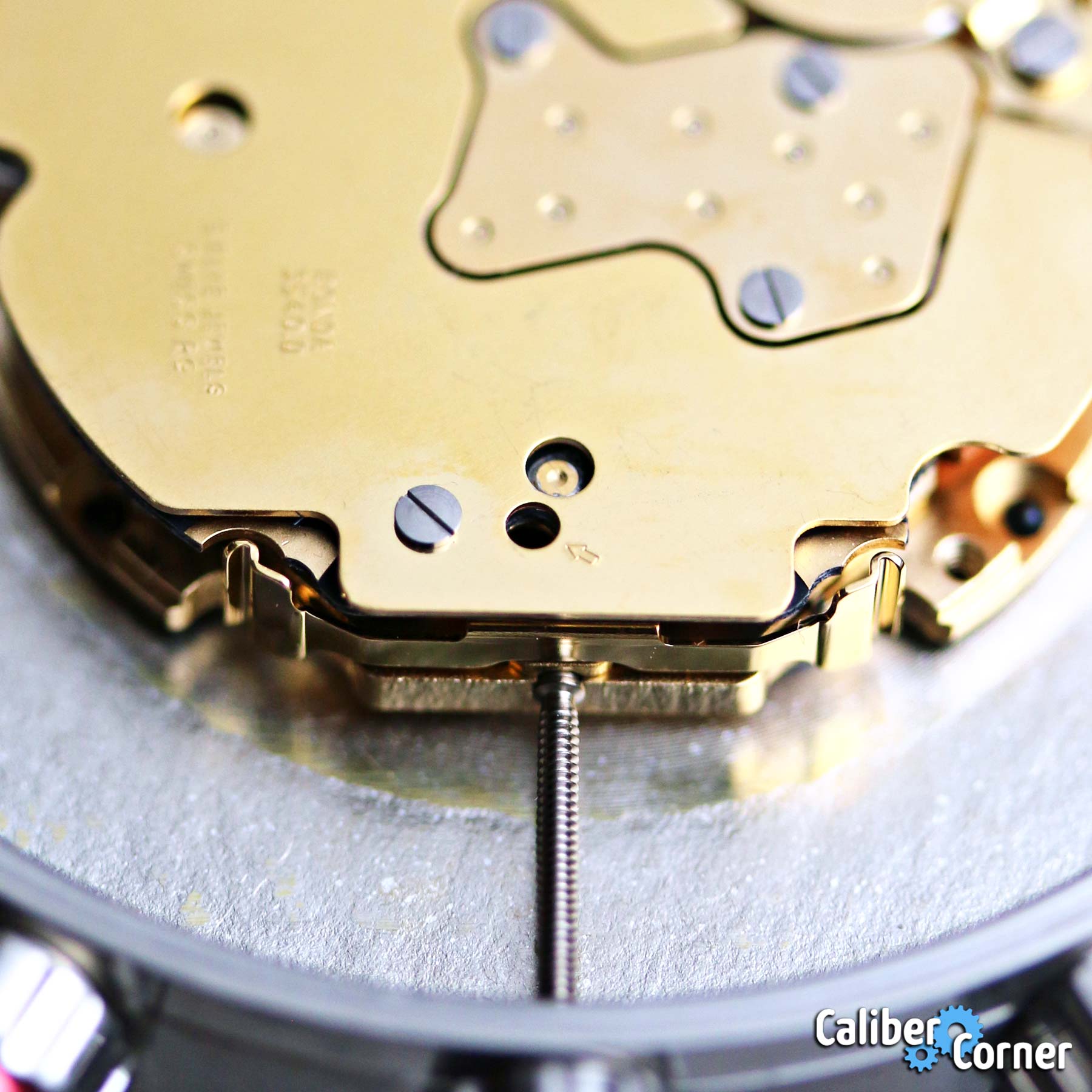 The caliber 3540.D below was found in a Wenger Swiss Military watch here. Please add your watch to the comments below. 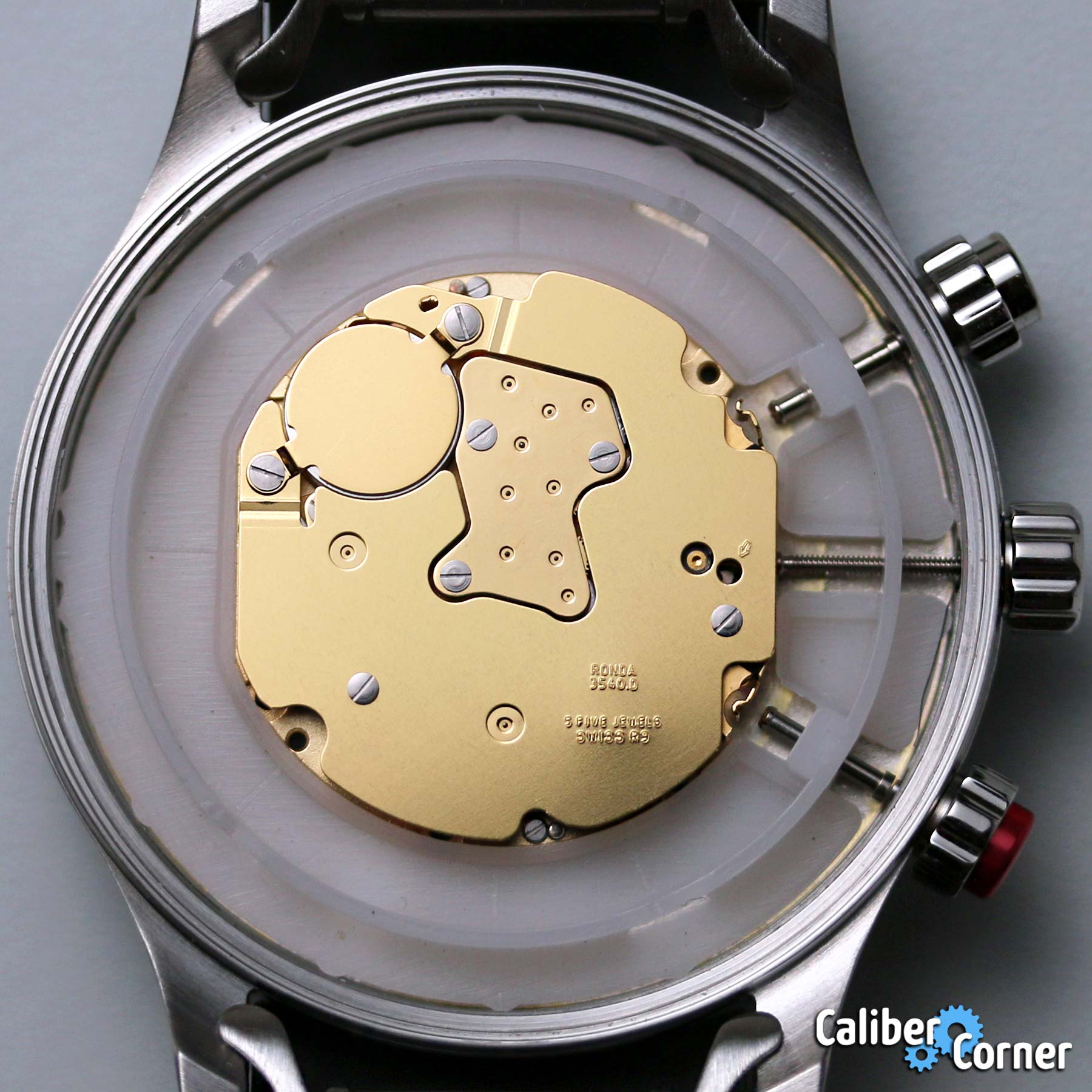