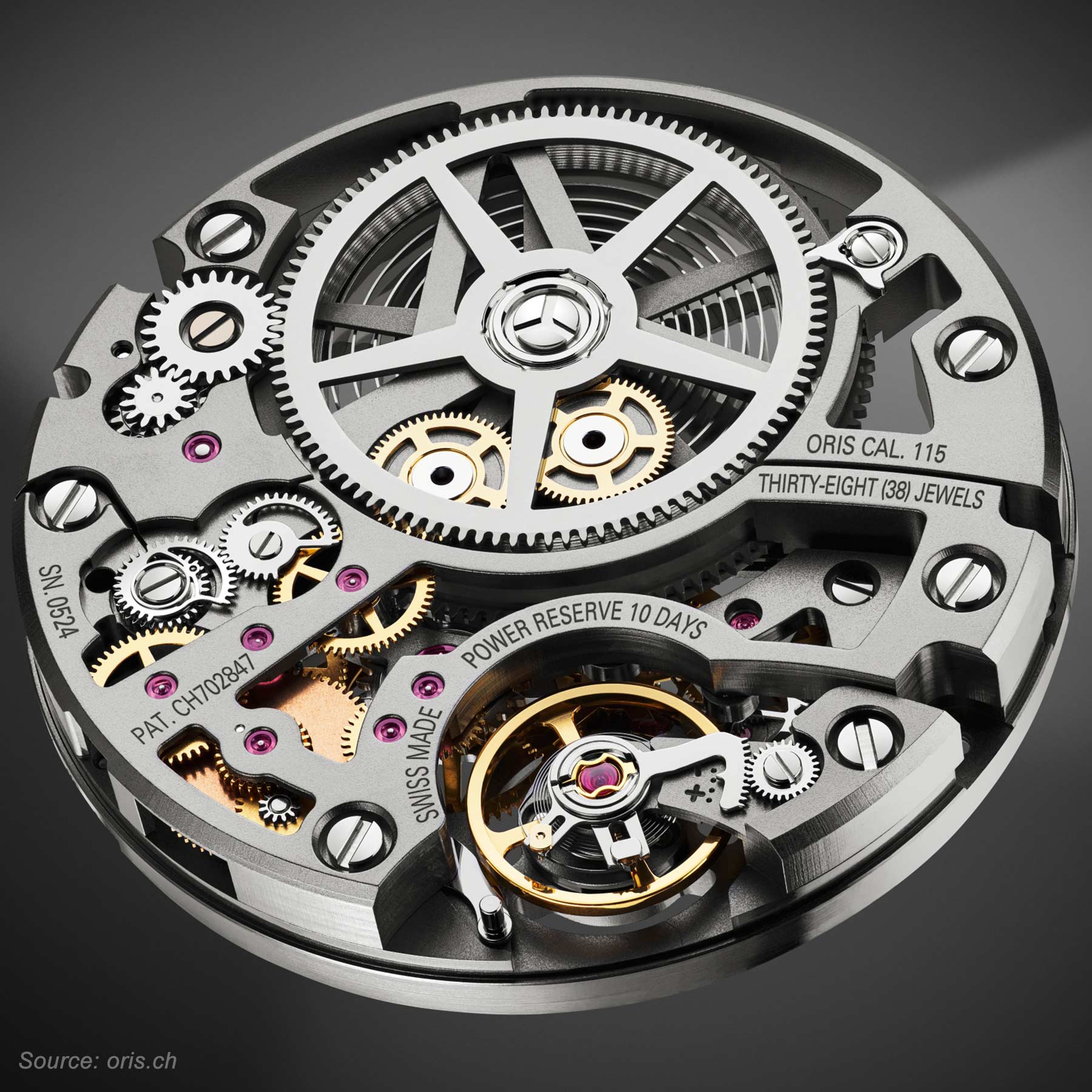 The Oris caliber 115 is a manual-wind mechanical watch movement with 38 jewels and a 10 day power reserve. This movement was officially announced in September, 2019.

In Oris’s Own Words:

“Calibre 115 is a hand-wound movement operated through the watch’s single crown. When fully wound, the movement will deliver 10 days of power – most mechanical watches run for around two days. This exceptional, 240-hour power reserve is fuelled by a mainspring coiled in a single oversized barrel, visible at 12 o’clock. The power reserve is displayed through an Oris-developed and patented non-linear power reserve indicator at 3 o’clock that shows the power remaining with ever greater accuracy as the time to wind the watch approaches.” -Oris

The caliber 115 is found in the futuristic (and perhaps controversial) Big Crown ProPilot X. It is an evolution of the caliber 110, 111, 113, 114 series of movements. The Big Crown ProPilot X watch has an exhibition caseback and a skeleton dial to which Oris says in their press kit: “Previously, we had this incredible movement, but no one could see how it worked. Now you can.” 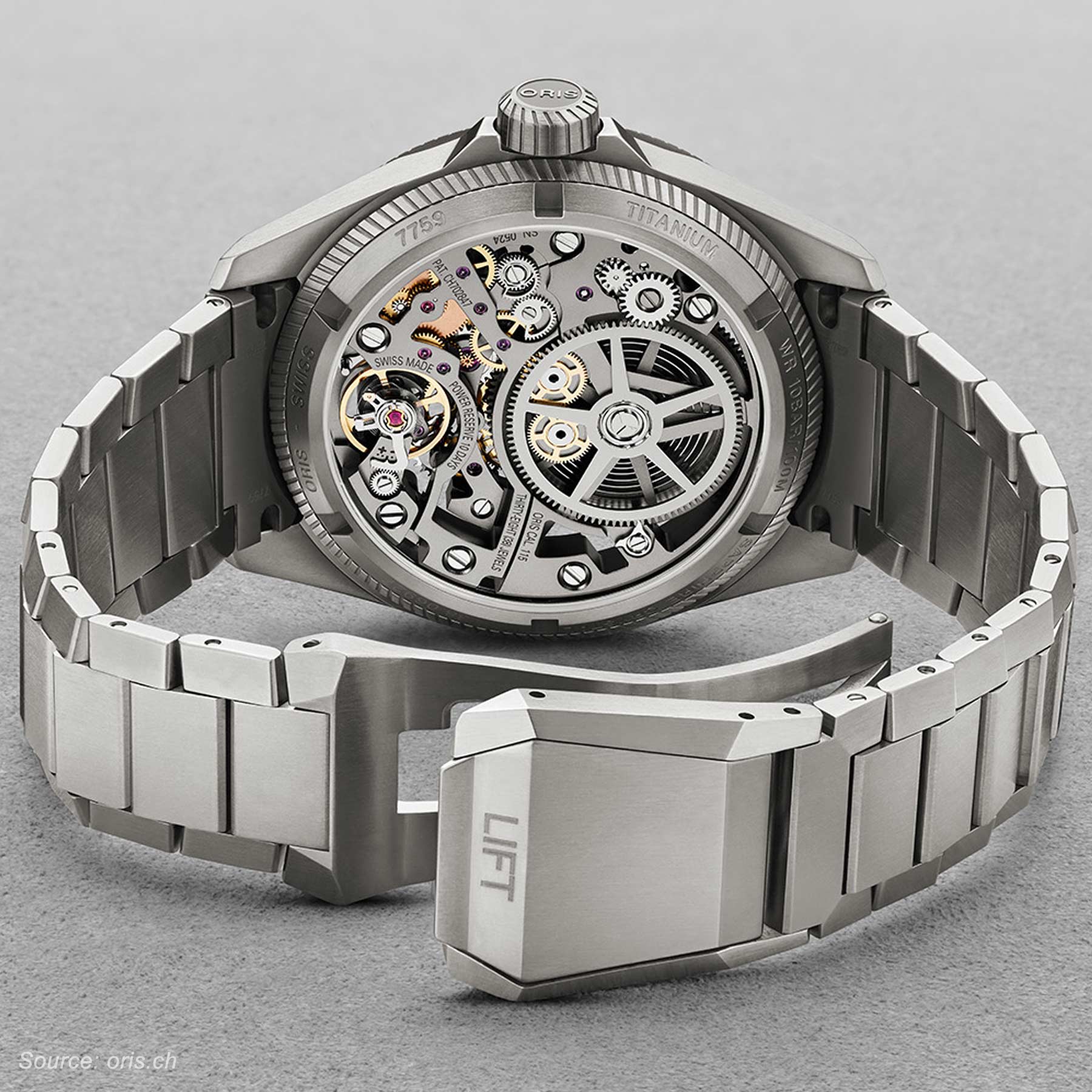 At the time of this post, Oris remains to be an independent Swiss watch company. As with the caliber 110, the caliber 115 is a fully in-house movement that took two years to develop. In other words, unlike many other Oris movements, the caliber 115 is not based on a Sellita or ETA movement. Although this caliber was announced in the 3rd quarter of 2019, Oris was showing the movement as early as Baselworld 2019 (March).

Examples of watches with this caliber