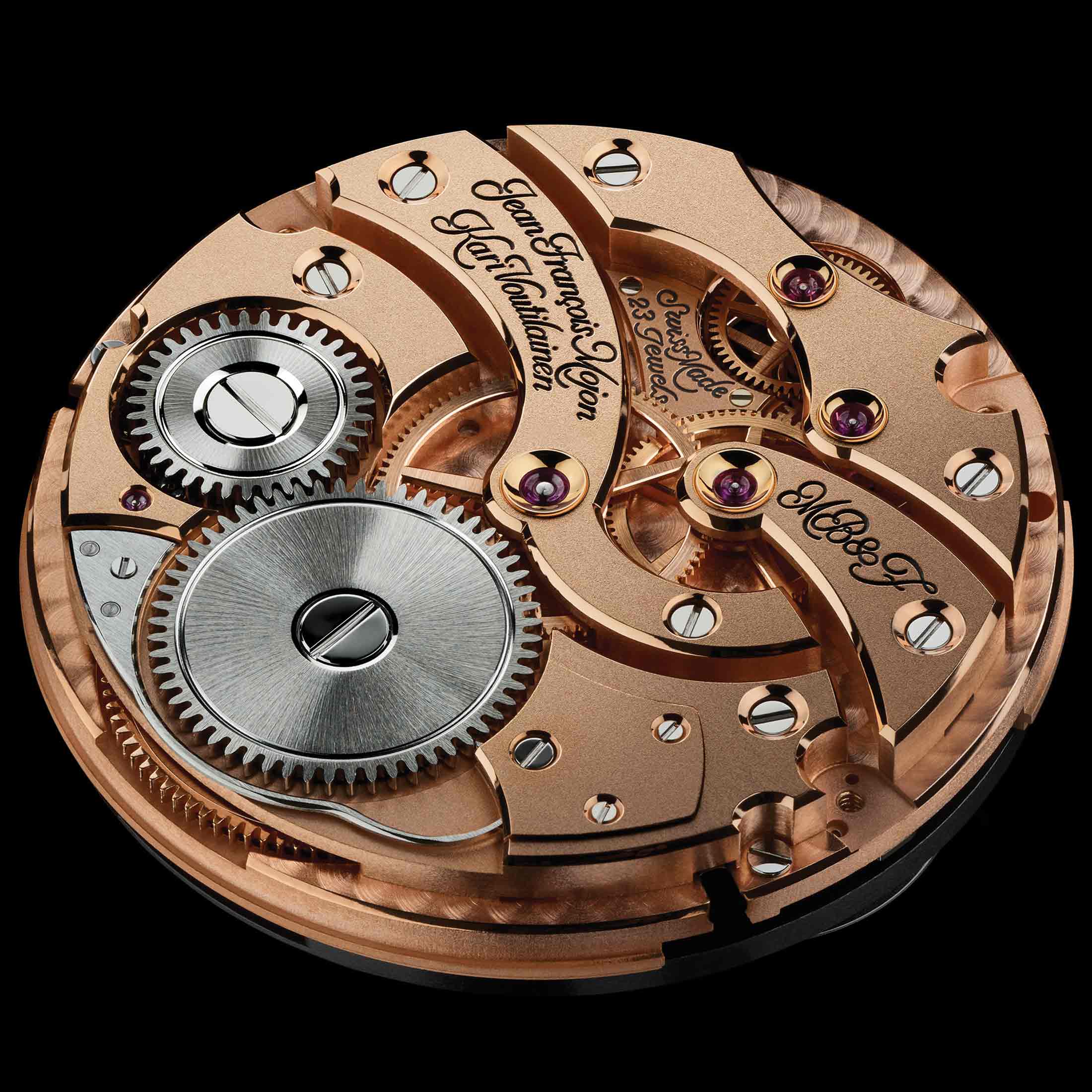 MB&F Legacy Machine No. 1 caliber in the LM1 Silberstein watch announced May, 2016 in partnership with Alain Silberstein.

The LM1 caliber was developed by MB&F with the help of several external “Friends”, most importantly Jean-François Mojon (Chronode) and Kari Voutilainen – whose names are engraved on the movement, as recognition of their essential contribution.

The LM1 is not to be confused with the smaller LM101, which was developed entirely in-house with MB&F’s own engineering team. The best way to distinguish the two is that the LM101 has a single time zone and the LM1 (seen here) has dual time zones. 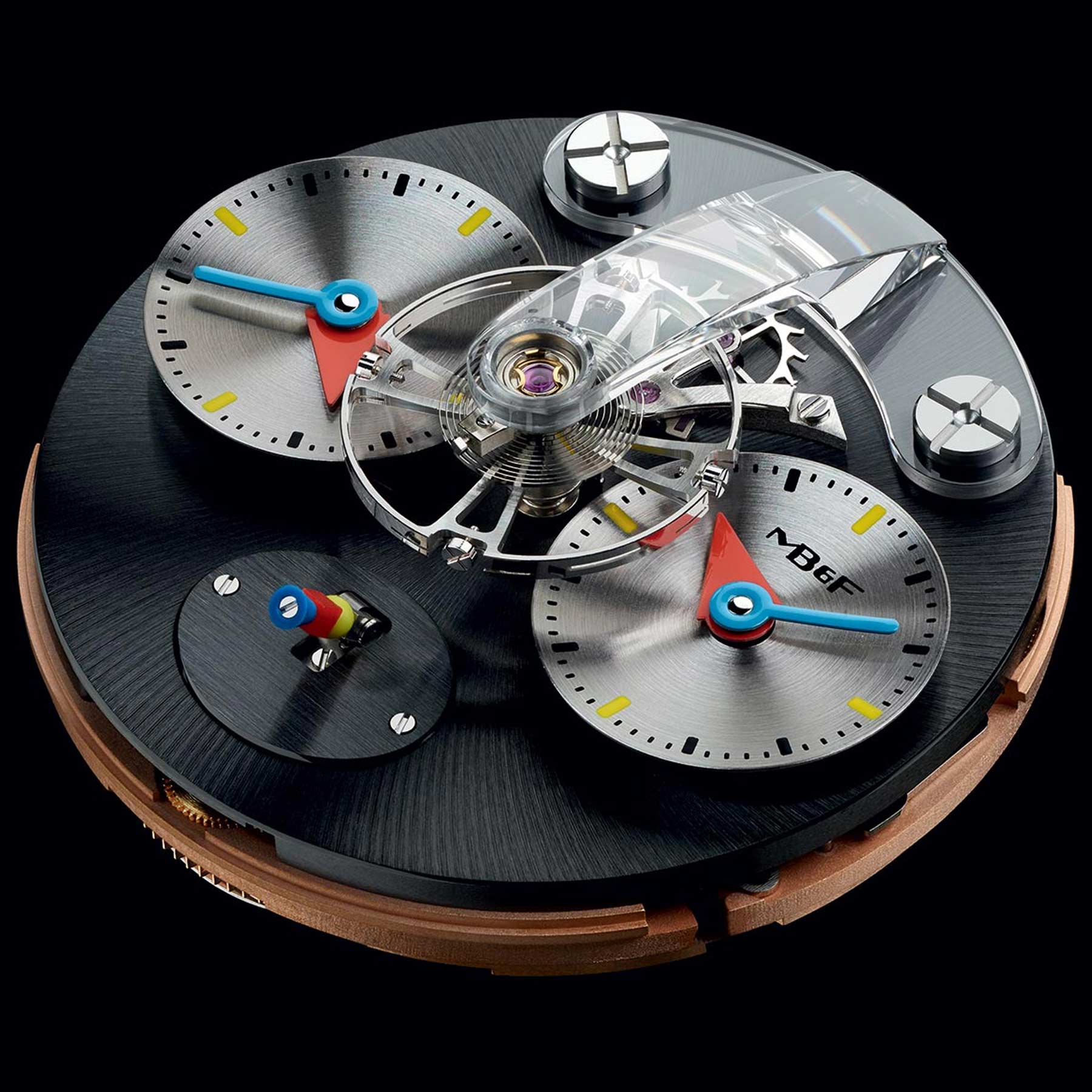