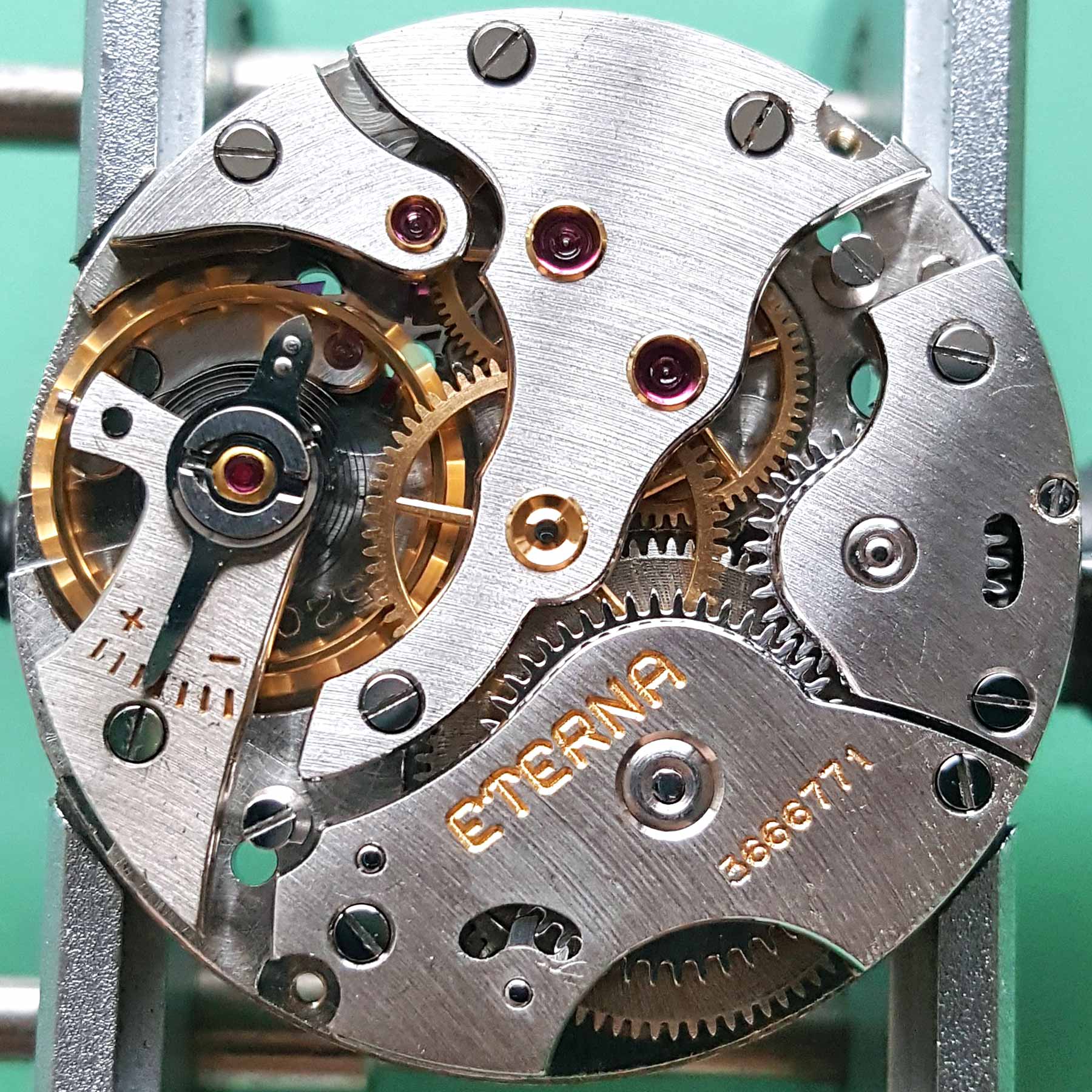 The 520U movement seen here is equipped with an in-house anti-shock device called Eterna-U.

There are a few variations of the 520 movement with a letter designation based on the type of anti-shock device used. The ones we know about are:

If you know more about these variations of the caliber 520, or know of some not listed, please leave the information in the comments.

The movement pictured above was found in a vintage Eterna dress watch here.

Eterna was founded in 1856 in Grenchen, a municipality of Solothurn, Switzerland. Despite many people thinking that Eterna is part of the Swatch Group, the watch brand is owned by a Hong Kong watch conglomerate known as Citychamp Watch & Jewelry Group. ETA, the movement branch of Eterna that was established in 1932, became part of the Swatch Group and still produce movements that we know today. Eterna also still produces movements and modules for modern timepieces.