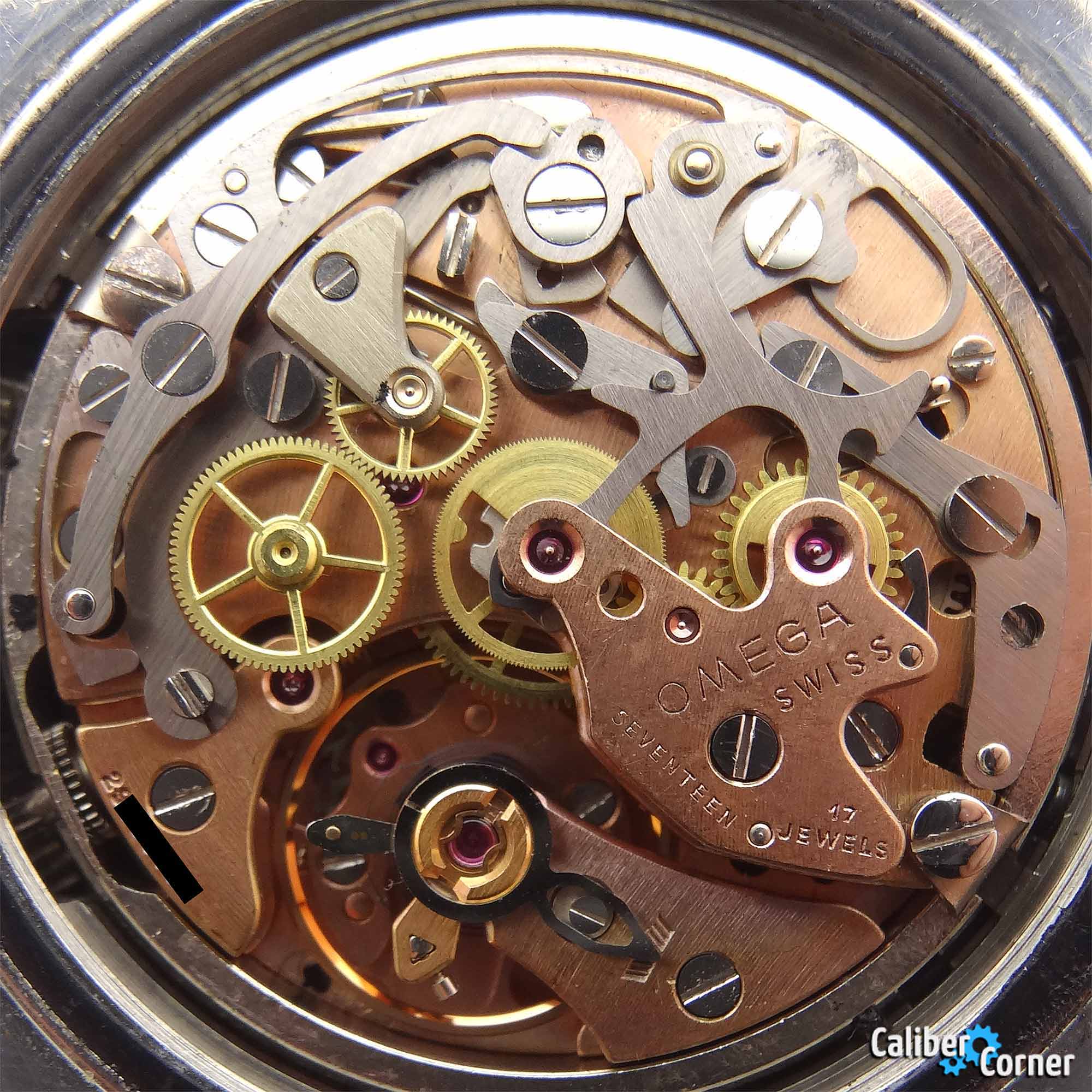 “The Flightmaster was made in three different references. The first was called the 910. It has a domed mineral crystal and a flatter case profile than its successors. The 9:00 sub-dial is half green and black and is a day-night indicator. Its reference number is 145.013.” –wornandwound.com

There is also an Omega caliber 911 which came later to address some requests from customers (Ref: 145.036 and 145.026). One of the issues that Flightmaster owners had was that they could not quickly tell if the watch was running or not. The cal. 911 (based on caliber 861) added a small seconds subdial at 9:00 which replaced the 910’s 24 hour / AM/PM subdial. This allowed wearers to see that the watch was operating without having to engage the chronograph.

“Visually the movements for both the c.910 and c.911 look almost exactly the same. As I don’t own an example of each it’s difficult for me to compare the two visually. Of course both movements clearly show their heritage of being based on the c.861 Omega movement (Lemania 1873 base movement).” –chronomaddox.com


Although the caliber 910 is far more desirable than the 911, there were supposedly far fewer watches made with the 911 movement than the cal. 910. 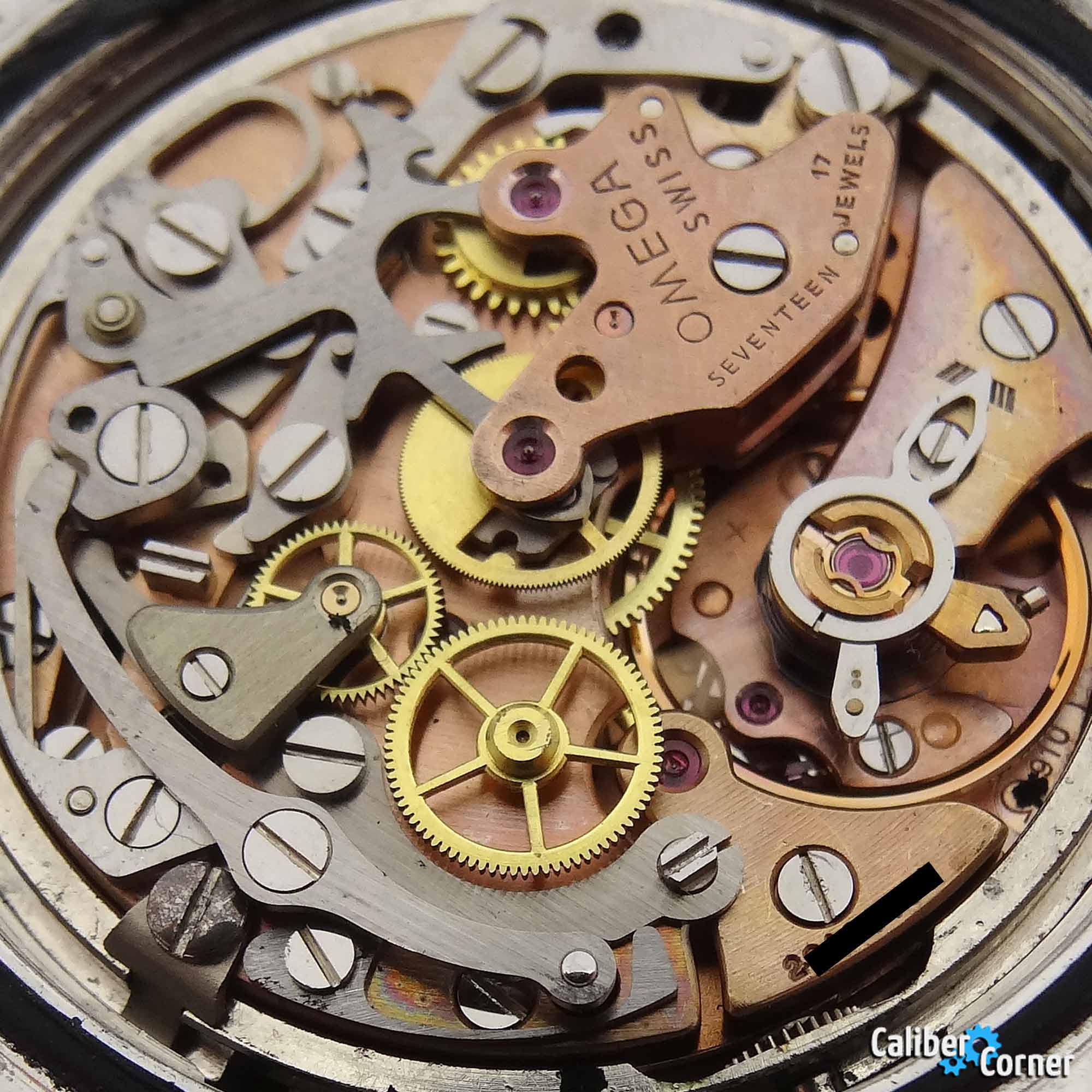 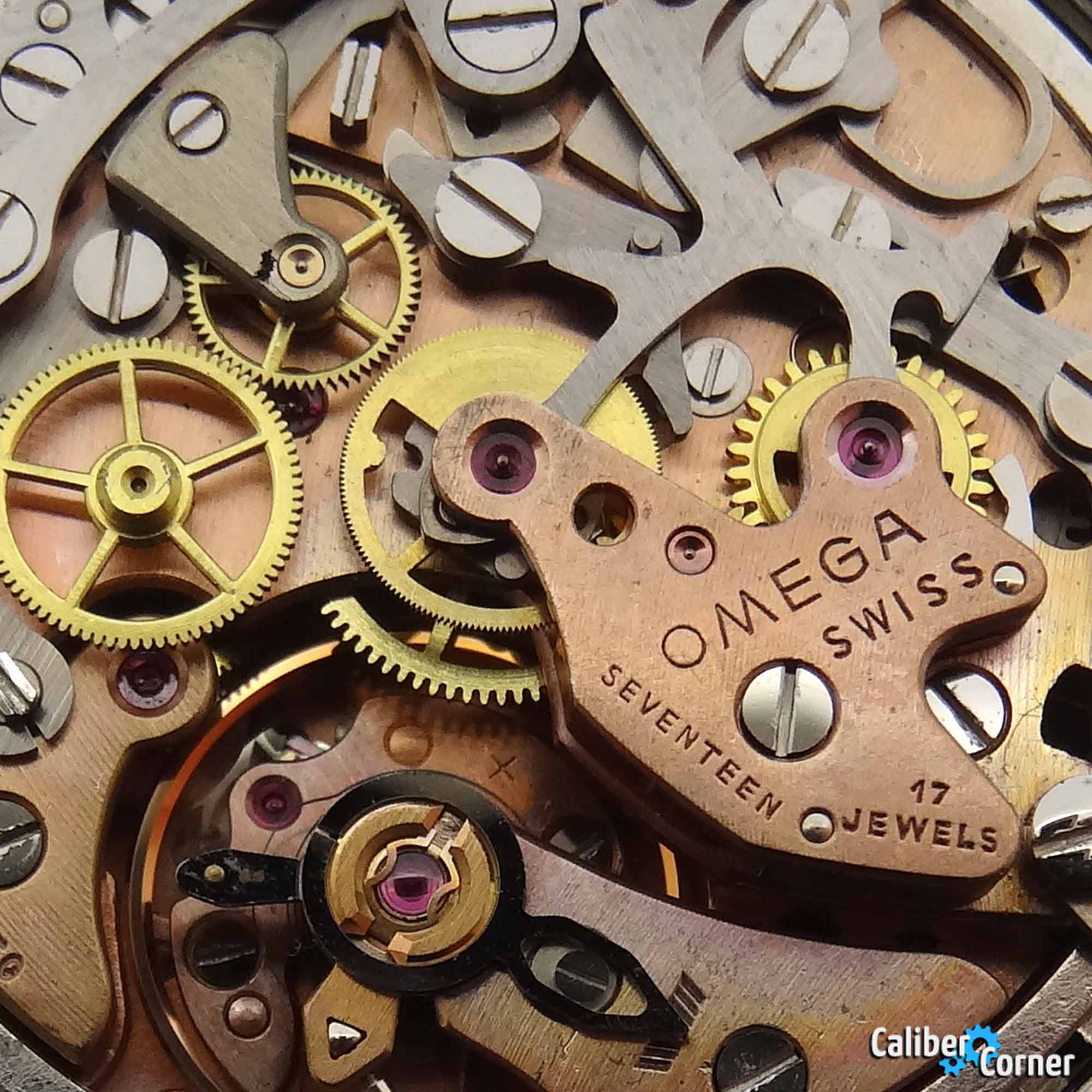