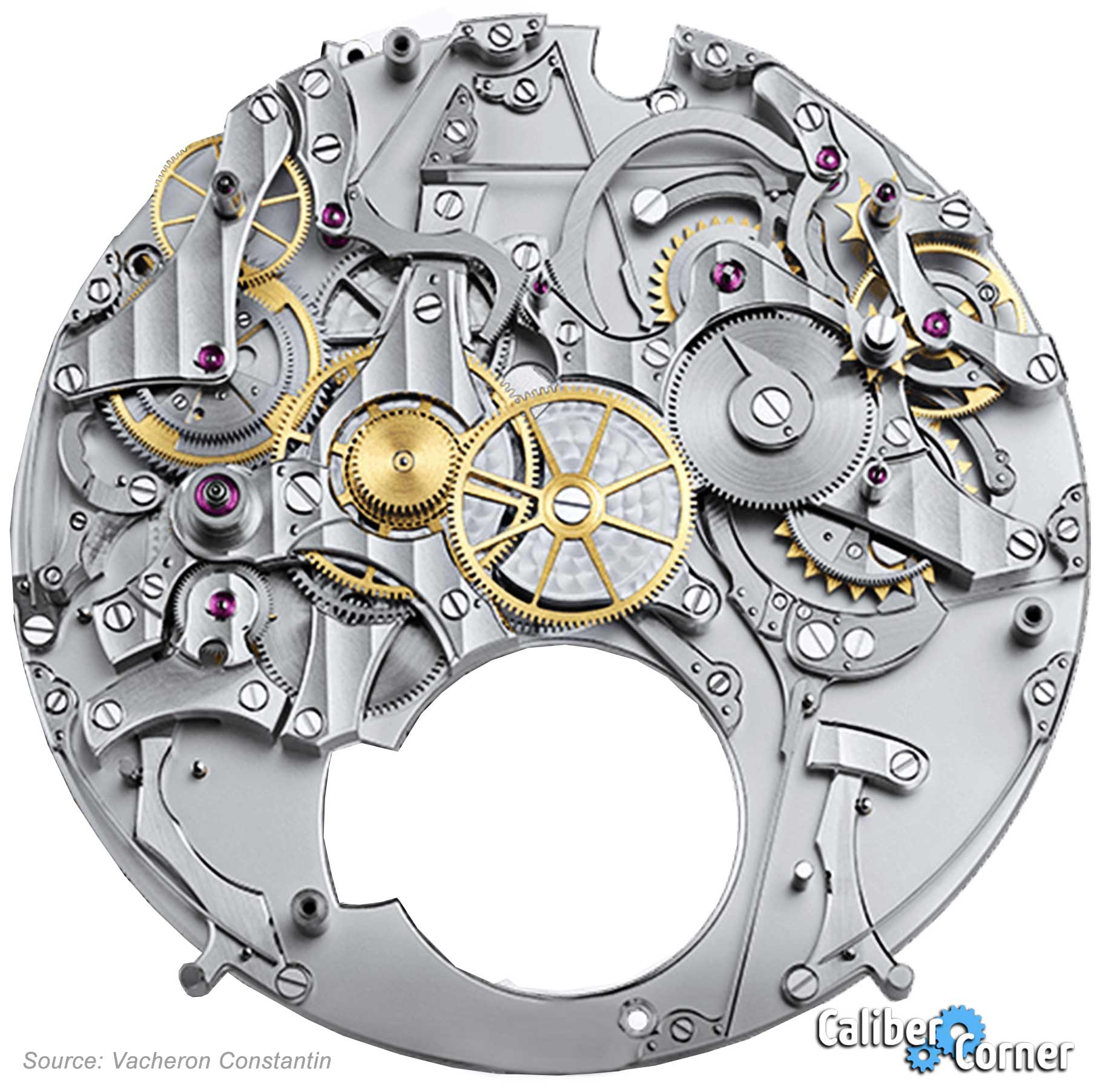 The Vacheron Constantin caliber 3750 is found in the record breaking Reference 57260 grand complication pocket watch. This movement was built by three watchmakers and was announced in 2015.

Six calibers in one… 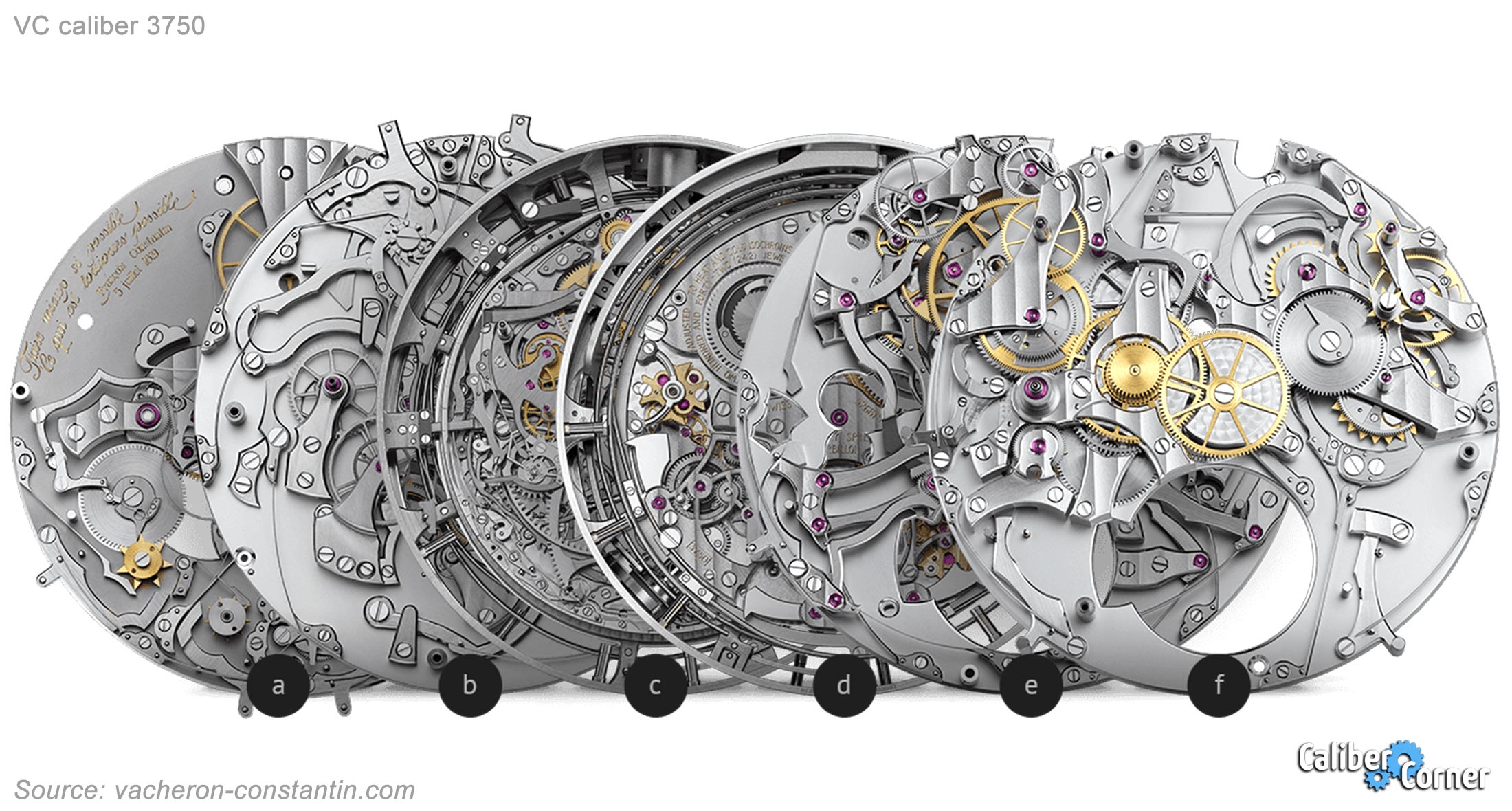 This watch has the highest number of functional jewels in the world with a jewel count of 242. This is a Swiss made caliber with a Geneva certified hallmark.

As mentioned above, the Reference 52760 has 242 jewels that are actually used. This high jewel count helps to keep the friction minimal in the watch’s 57 complications (including four calendars).

Is legibility your thing? Do you think having 57 complications would… complicate things? Vacheron Constantin doesn’t think so. Here’s what they had to say about it: 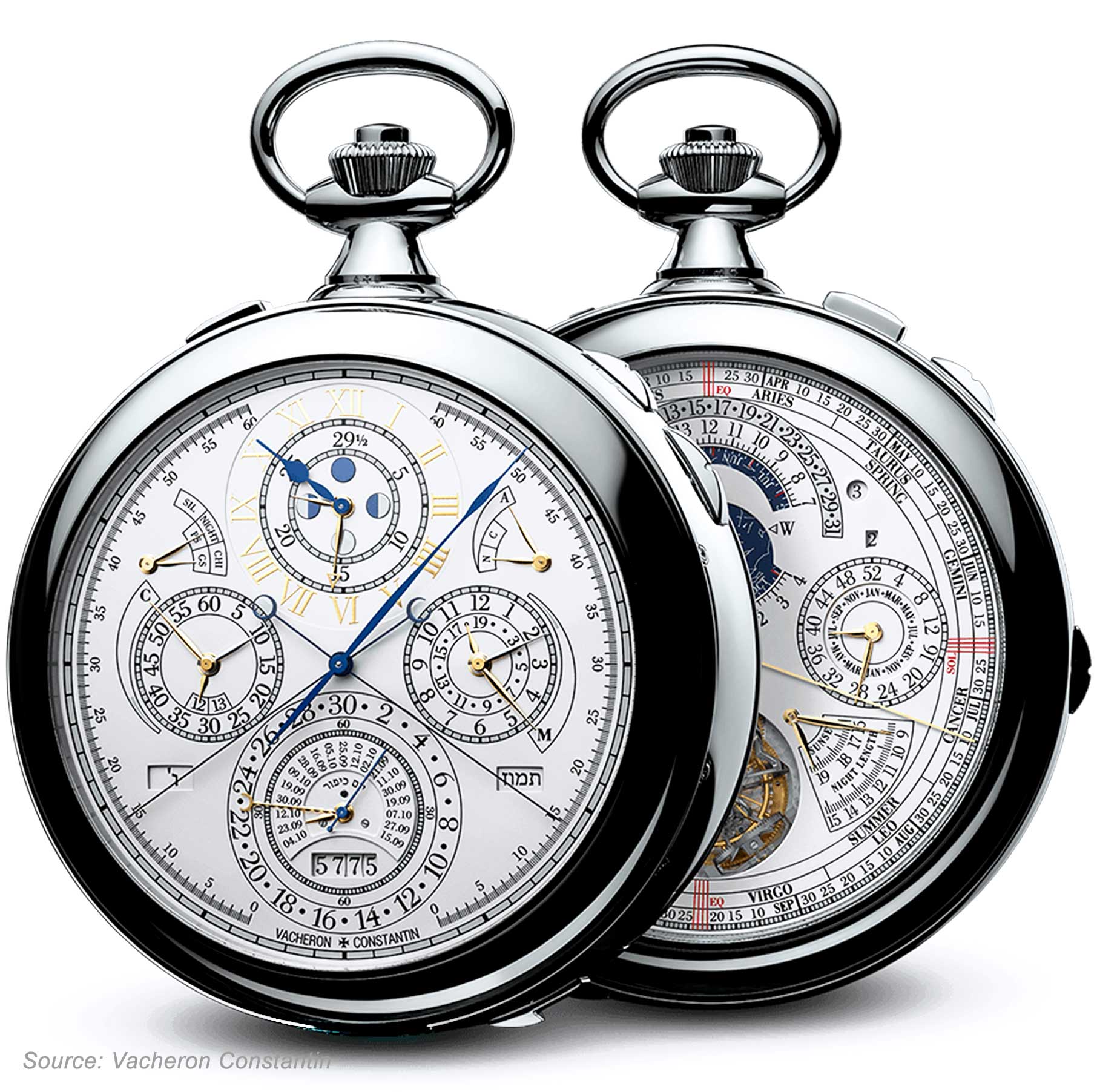 There is only one in the world. VC lists this timepiece as a one-of-a-kind custom-made piece, so you’ll have to wait for the current owner to put it up on eBay or something. No lowball offers!