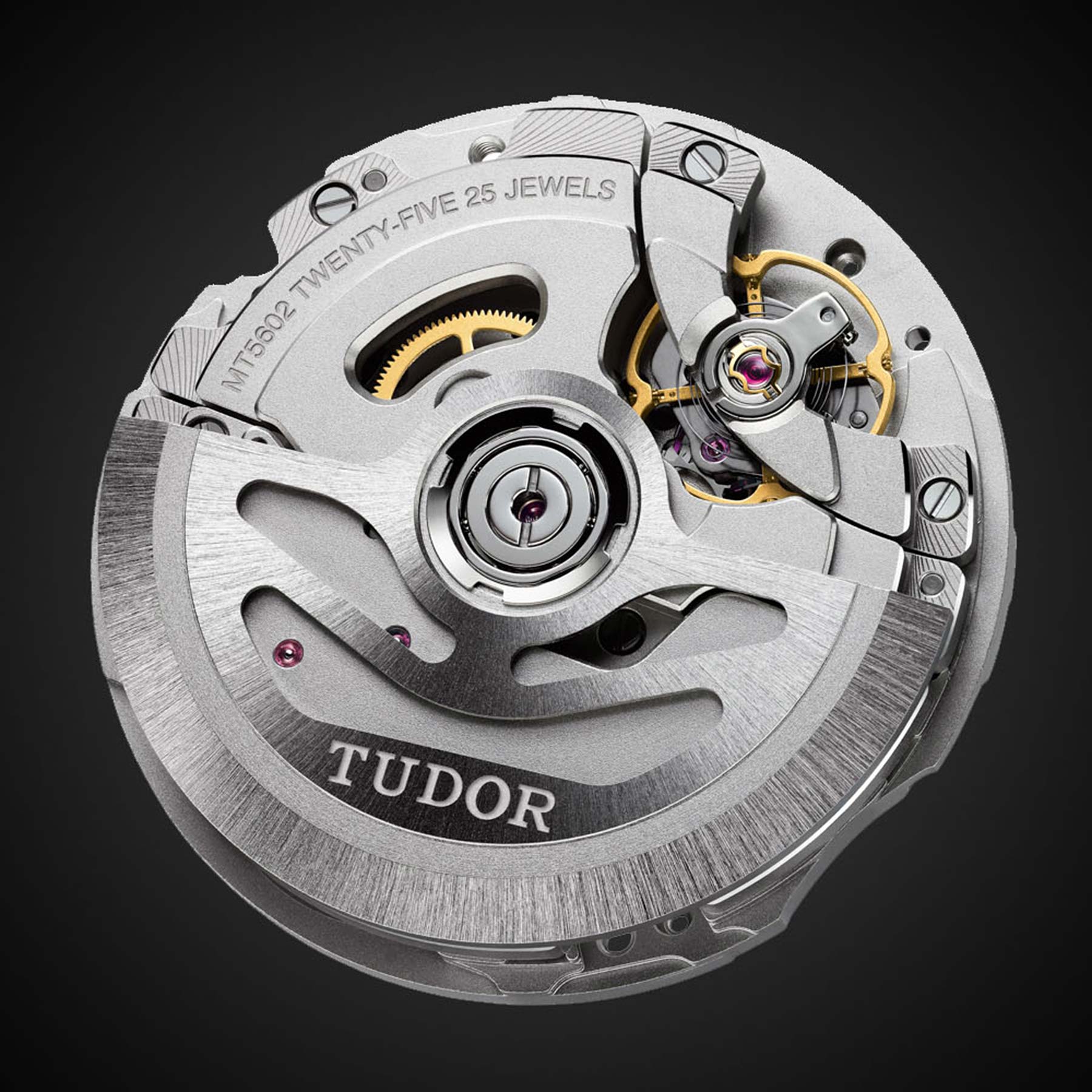 The Tudor caliber MT5602 automatic caliber is an in-house Certified Chronometer (COSC) movement. It is equipped with a bidirectional rotor system and variable inertia balance, micro-adjustment by screw. This caliber also features a non-magnetic silicon balance spring. This movement was introduced in 2015.

This is a variant of the TUDOR Manufacture Calibre developed specifically to equip the Heritage Black Bay Bronze model. Slightly larger in diameter and displaying hours, minutes and seconds functions, it bears the reference MT5601, in which “MT” stands for “Manufacture TUDOR”.


Here is what Monochrome Watch says about this caliber:

“This movement not only adds some exclusivity to the watch (it doesn’t share its movement with 50% of the Swiss production anymore), it mainly is an improvement for users. First of all, it is finally Chronometer / COSC certified, which will guarantee an average precision of -4 / +6 seconds per day. Then, it offers a comfortable power reserve of 70 hours (vs. 38h before). That’s enough to have your watch in the safe for an entire weekend and to have it running when strapping it on the next Monday morning.

This not all. This calibre MT5602 also has several new technical refinements. The first one is a transversal bridge over the balance wheel, something that will guarantee a better resistance to shocks and a long-term reliability (which is good knowing the tool / diver vocation of the Black Bay). Then, it features a variable inertia balance wheel, which considerably improve the precision (and might explain the COSC certification). Finally, it features a silicon balance spring, which will definitely help the Tudor Heritage Black Bay to resist to magnetic fields (and knowing that we are surrounded by magnets in our daily lives, this is not a detail).”

This caliber was submitted by Pierre who credits monochrome-watches.com for the excerpt above.