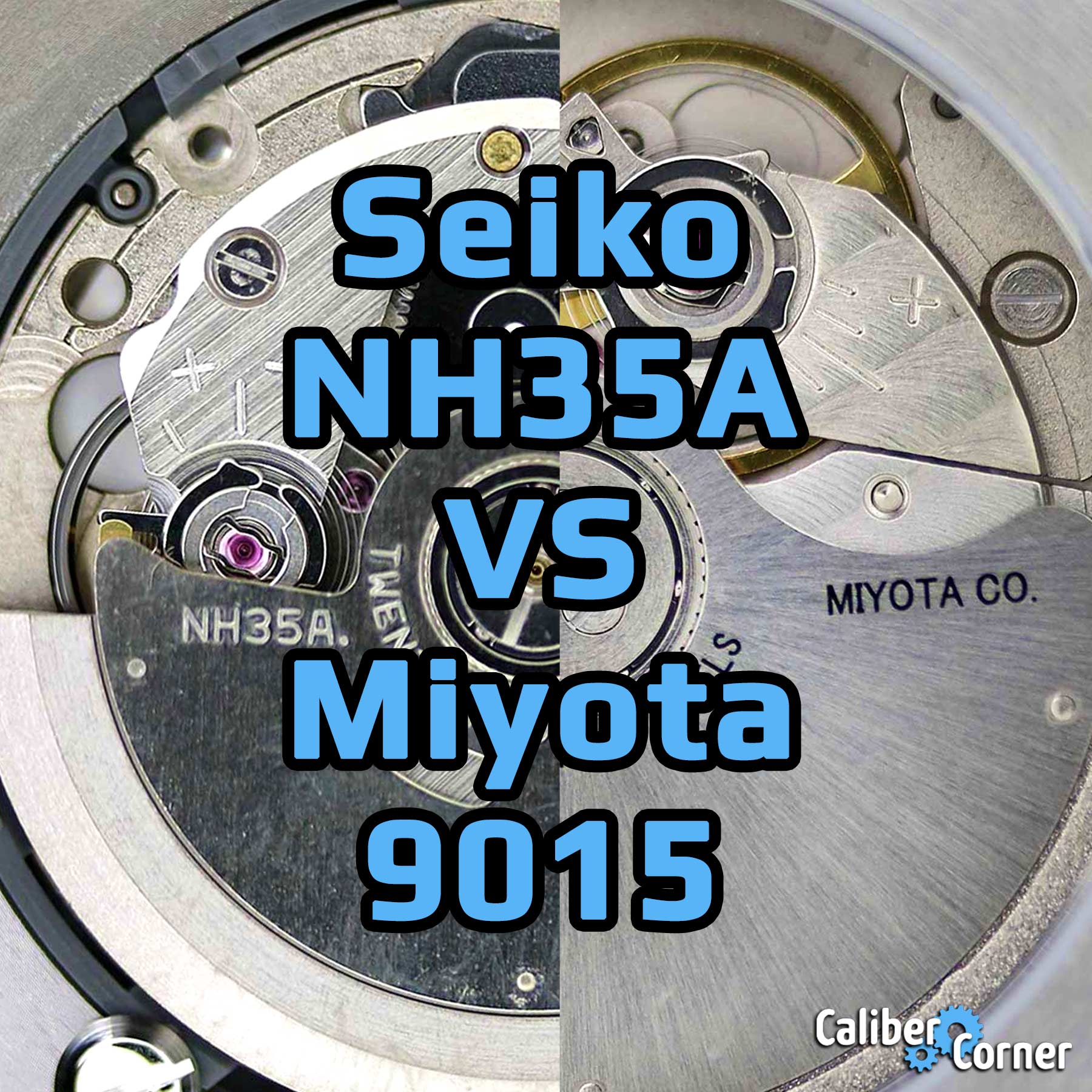 Differences are in red

When comparing the NH35A and 9015, it is important to note that these are two of the most popular non-Swiss automatic movements. Both movements are made in Japan, while some NH35A movements are also made in Malaysia. Both calibers are considered to be workhorse movements and are found in many affordable microbrand/crowdfunded watches.

With all of the differences between these two calibers, the most dramatic difference is the beat rate. The Seiko NH35A beats at 21,600 bph, whereas the Miyota 9015 beats at a higher 28,800 bph.

The Seiko NH35A and Miyota 9015 have similar time setting functionality.

The Seiko NH35A is equipped with Seiko’s own Magic Lever, so the rotor winds the mainspring in both directions (bi-directional). The Miyota 9015 rotor winds in clockwise direction only.

The NH35A and 9015 measure up with a slightly different diameter and height. These two movements are not meant to be swapped, and although an experienced watchmaker can possibly pull of an NH35A/9015 mod, it would depend on the application and would not be worth the amount of work needed.

I’ve never seen anything like that before. It looks huge compared to the regular white ...

Why does some miyota 8215 holders have space for 3 stems ?

7
I wish more brands would use this movement. So far I can’t find any, even ...
7
Don’t let the ETA stamp fool you. This G10 quartz movement is total unserviceable welded ...
6
I think that my Breitling Colt GMT has this movement. The GMT hand is out ...
5
Are Fredrique Constant watches any good? I like the looks but I want to hear ...
4
I am wondering about rotor noise with the NH35A watches. I had a Miyota that ...