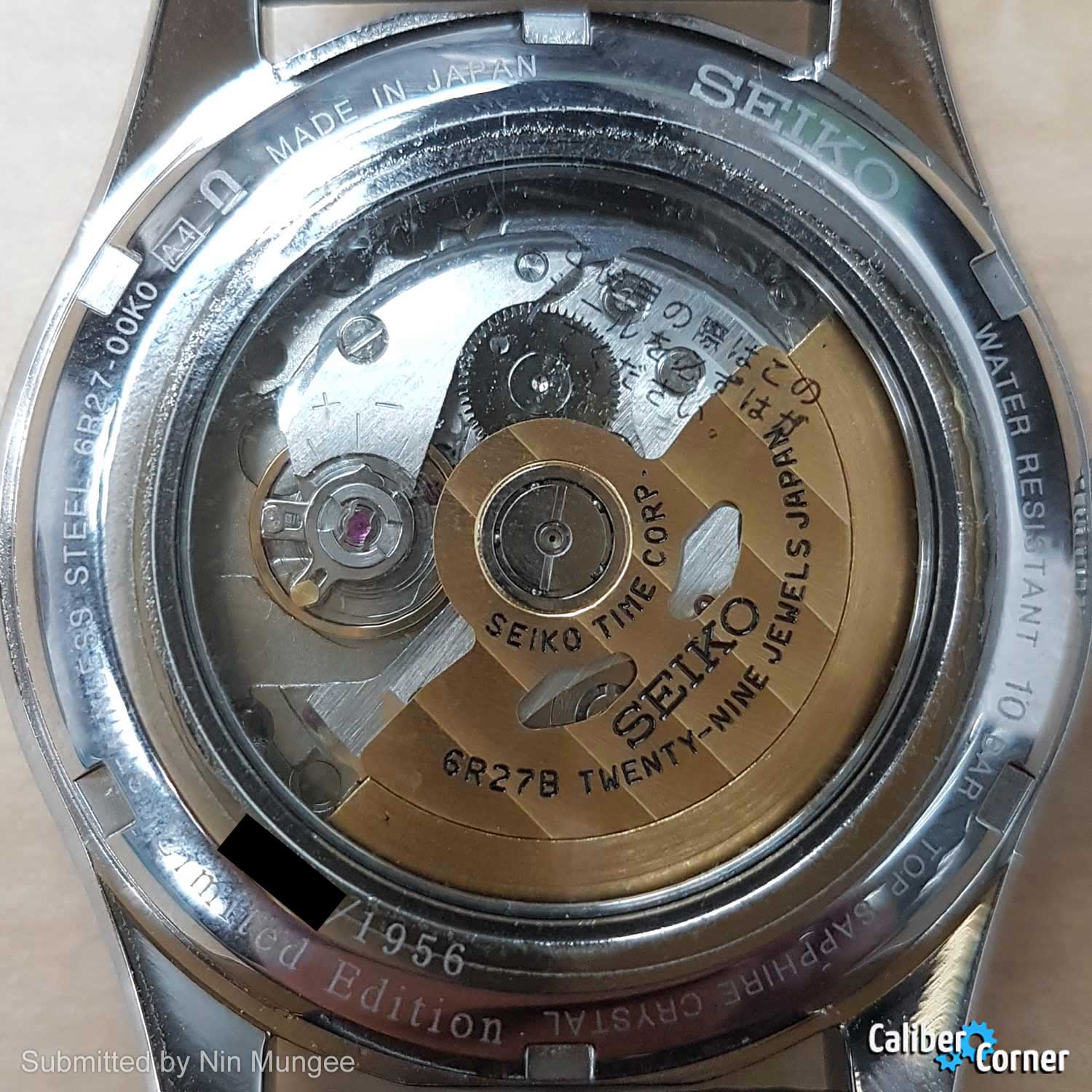 Seiko claims an accuracy rating of +25 – 15 seconds per day in normal temperature conditions.

What are the differences?

How about the base movement?

From Monochrome Watches about the base caliber 6R15:

To say that the 6R15 is Seiko’s answer to the Swiss workhorse that is the ETA 2824 would be an understatement. Bottom line is that the 6R15 caliber is that GOOD a movement and with the sheer number of ETA-powered watches out there, it is sometimes nice to have something different to stir up the masses.

Fratello Watches says this about the 6R27:

It is not as refined as their Grand Seiko movements of course, but certainly can hold up to some of its Swiss competitors, especially in the same price range.

The movement shown above is from a Seiko Presage SARW027. It is only available in Japan. this timepiece was tribute to the First Automatic timepiece from Seiko since 1956. So this model has 1956 limited watches.