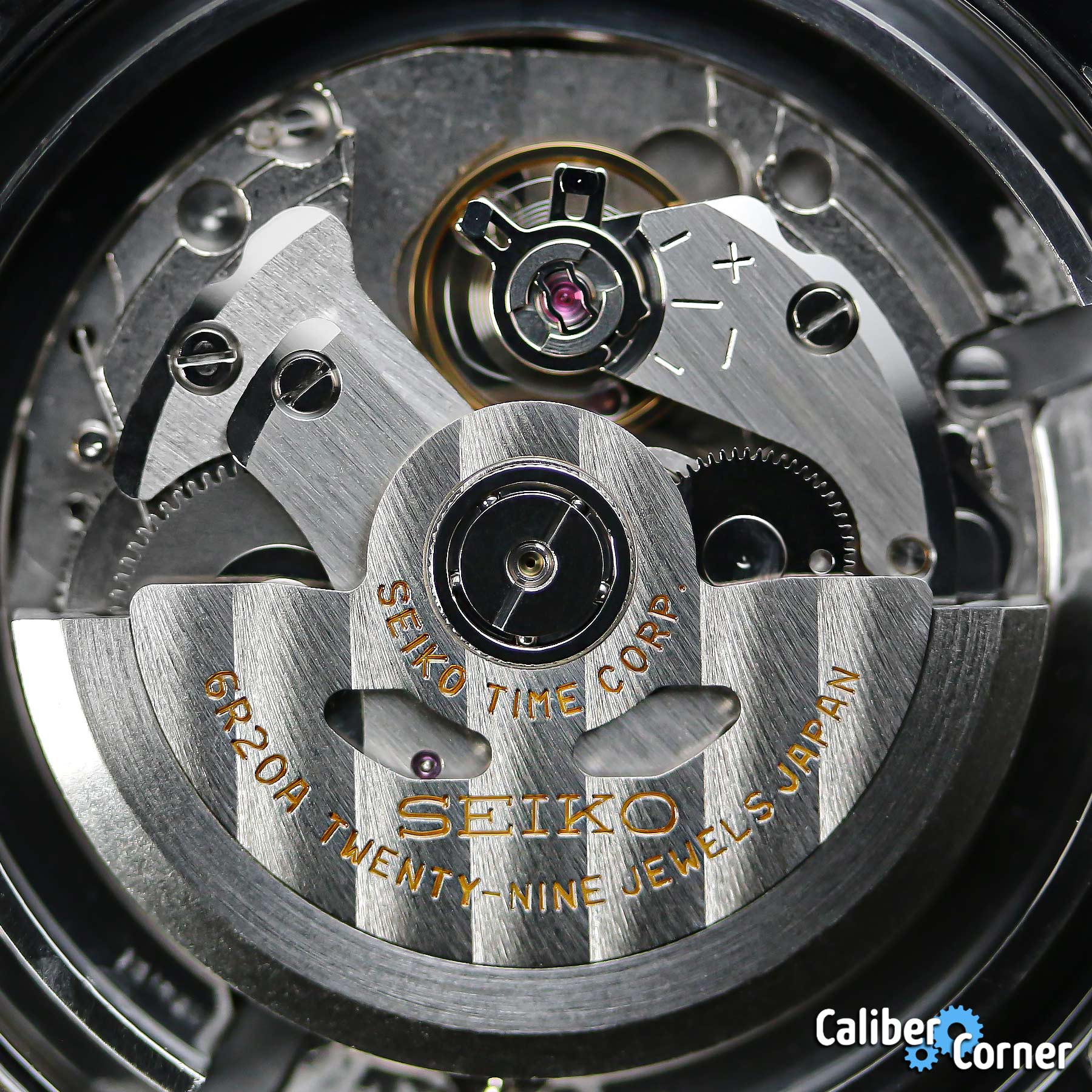 The Seiko caliber 6R20 is an in-house automatic movement with a power reserve indicator and day-date subdials style calendar complication. The movement is part of Seiko’s 6R family of movements and is made in Japan.

The general caliber number is 6R20, with 6R20A being the first version. The subsequent letter variations indicate evolution stages in the movements development. Early models of the 6R20 At the time of this post, the latest and current version of this movement is the 6R20A (if this changes, please update the comments below).

Although based on the 6R15 framework, the 6R20 reads much differently on paper – and on the wrist. A few of the differences are outlined in the chart below:

In Seiko’s own words, they describe the placement on the 6R20 as being “center aspect” and the 6R21 as “9 o’clock aspect”. Also note: the span locations may vary depending on model. 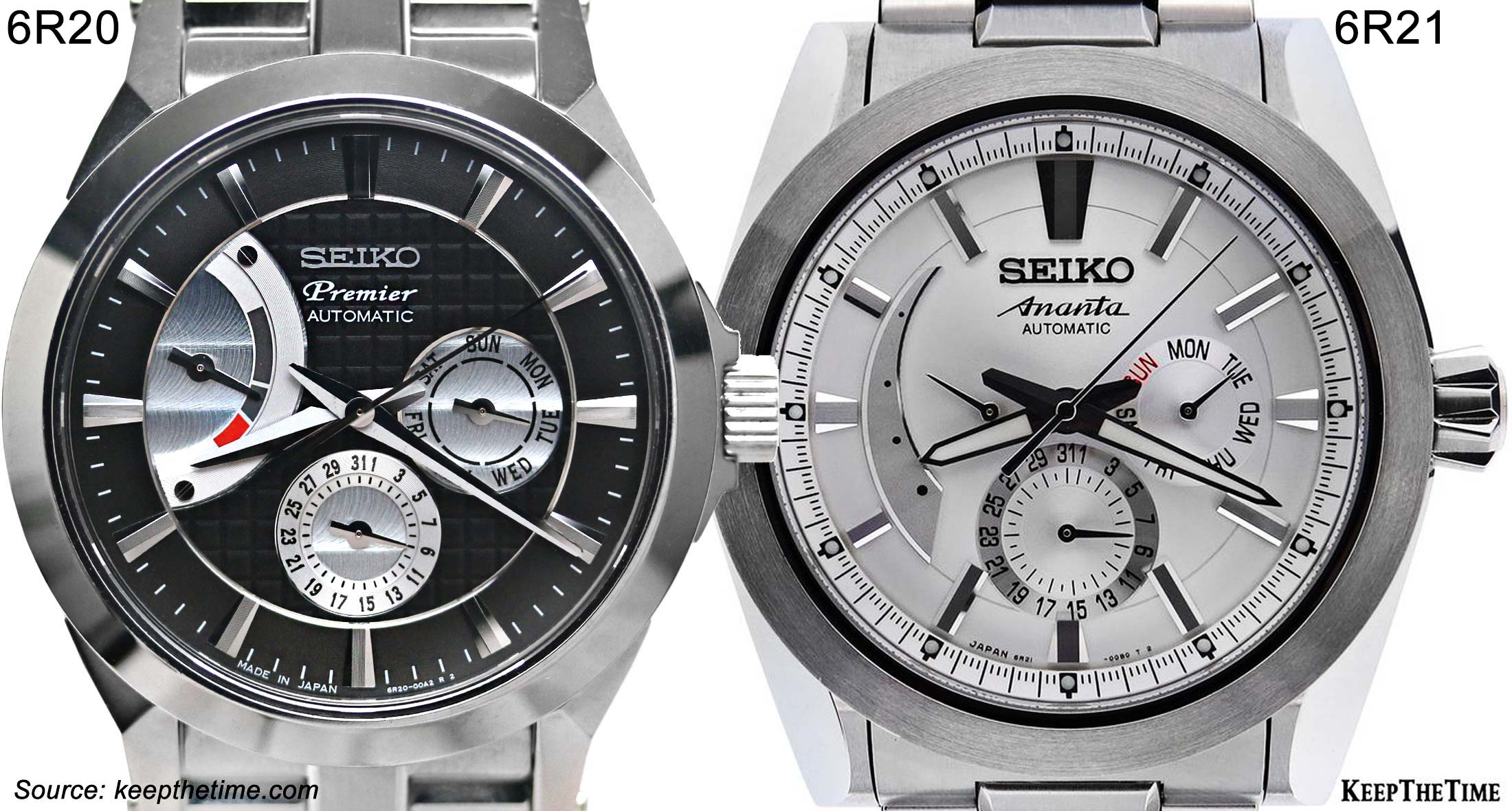 Seiko claims that the cal. 6R20 has an average accuracy rating of -15/+25 seconds per day in normal temperature conditions (between 5 – 35 degrees C).

The caliber 6R20 holds a power reserve of at least 45 hours. To fully wind the mainspring, turn the crown a minimum of 55 times.

Below is a close-up view of the 6R20 Dia-shock anti-shock protection device, as well as the Etachron regulator, balance wheel and balance spring. 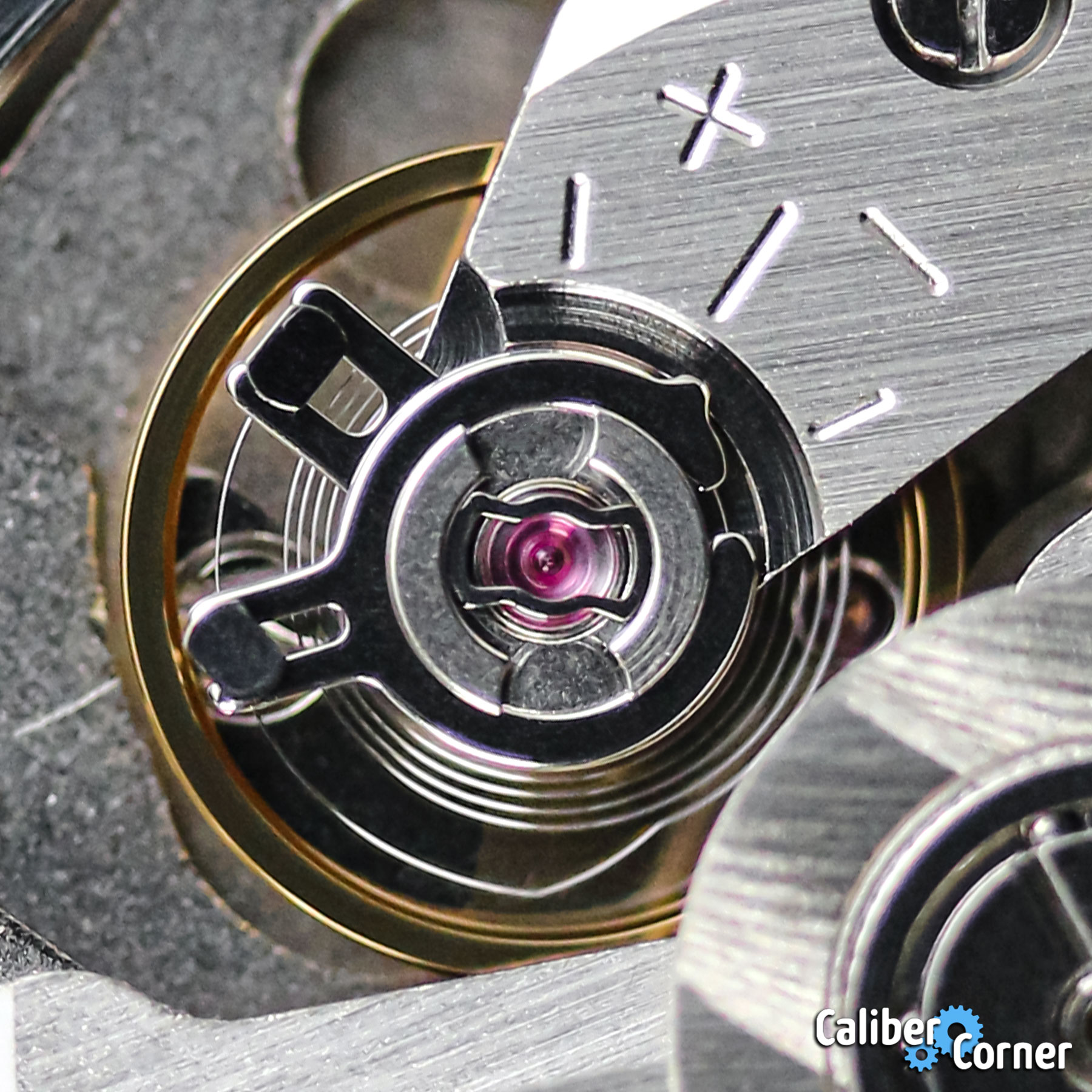 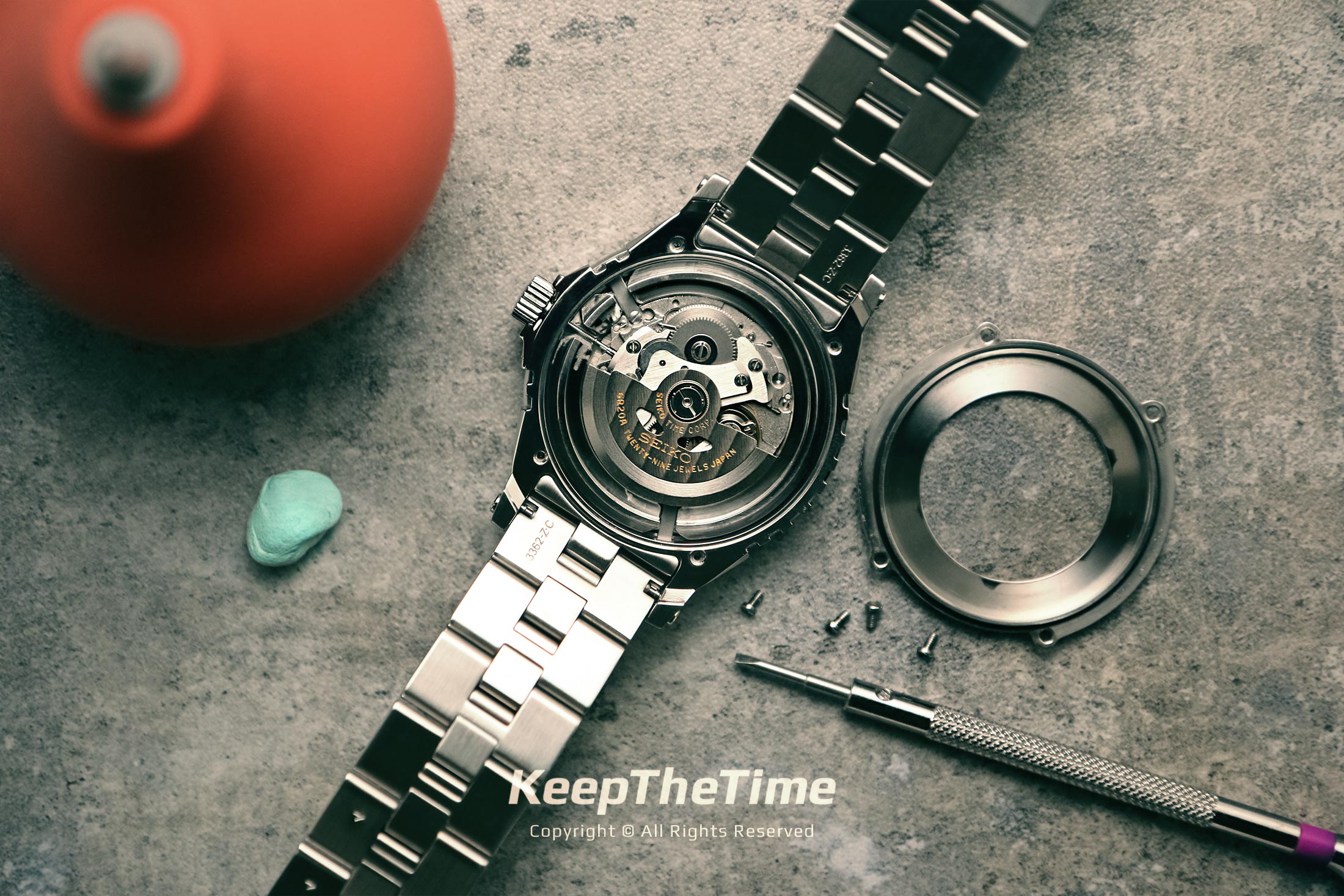 Watchhound posted a review of the SPB001 (pictured above) here:

“I have worn this watch for about a month now, and it is as good as the watch forums say, in quality and appearance. And, there was a slight “break-in” period where the watch ran a little fast during the day or when resting face-up, and slower when on its side. But now, it stays within a second or two a day, sometimes better! It seems to perform like a quartz watch. It is truly amazing, you will want to wear this watch all the time, to keep it running. Also at night, you can hear it tick with a slight ring or ting, it sounds very well-made, and the fast beats (8 per second) are sort of “intense” sounding. Great watch, I had bought an ESQ automatic which looked great, but ran horribly (even after getting the movement replaced under warranty). Seiko has it down pat.“