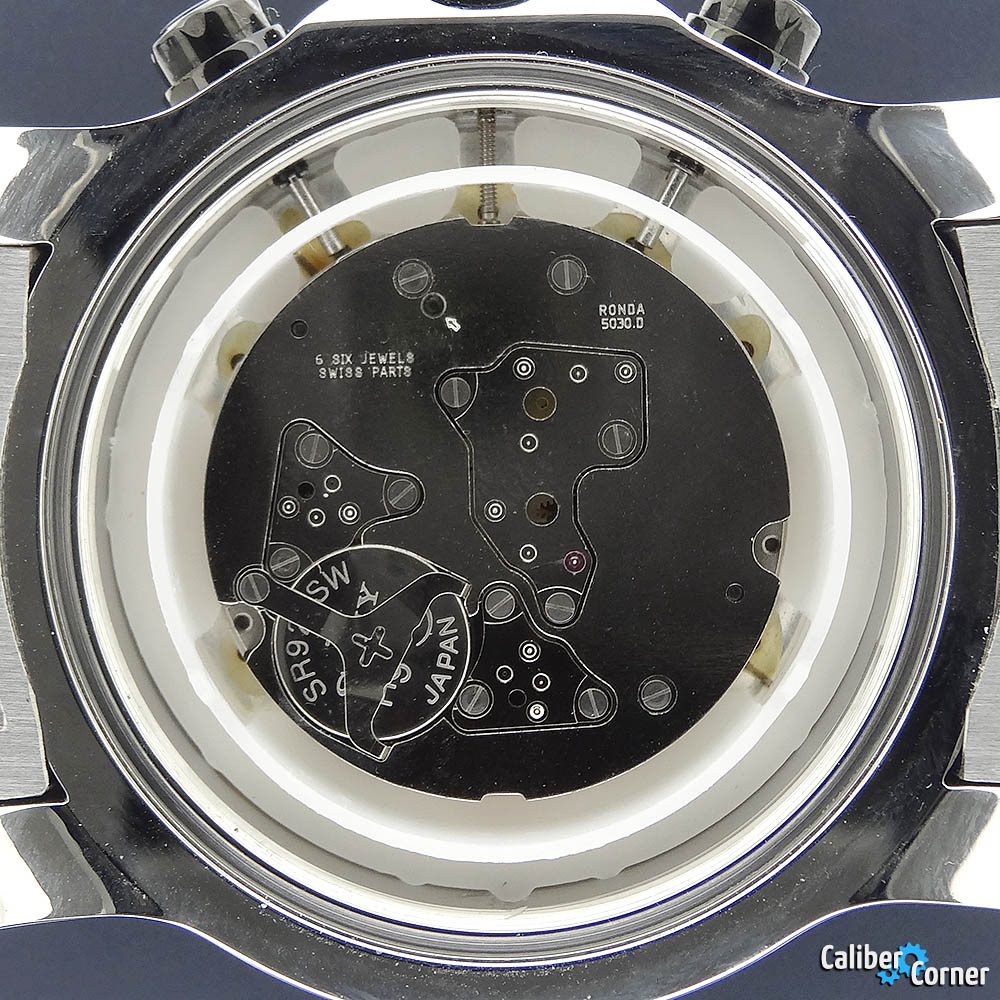 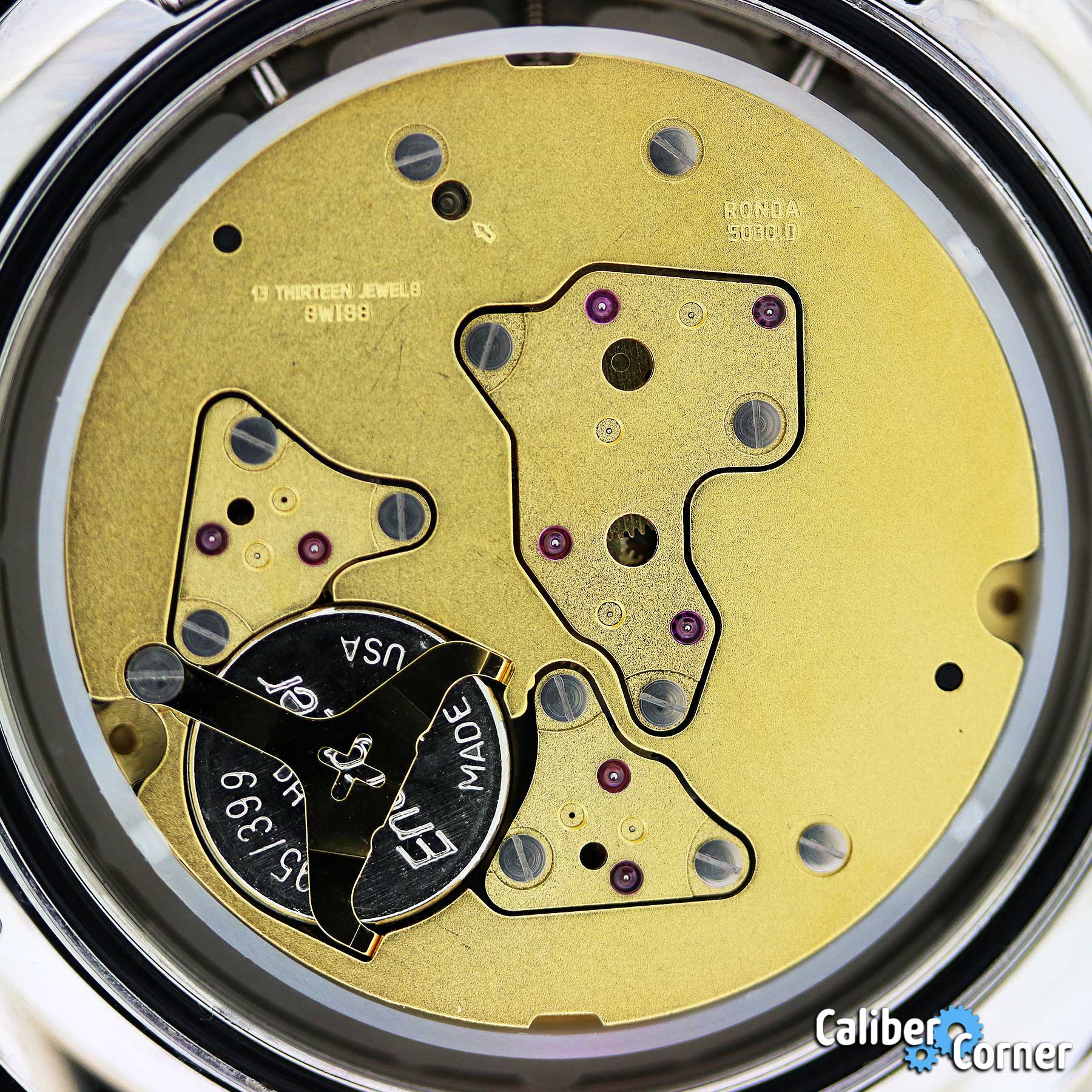 The Ronda caliber 5030.D is a Swiss made quartz chronograph watch movement found in many luxury and microbrand watches. It is part of Ronda’s Startech line of movements and is considered to be a repairable movement.

The battery is claimed to last about 54 months in normal conditions, but if you are not going to wear your watch for a while, the 5030.D has a power saving mechanism when the stem is pulled out stem (aka hacking function). Reduction of battery consumption approximately 70%. It is not advisable to leave the chronograph second hand running because it will drain the battery faster and put more wear and tear on the gears.

The wishbone or Y clamp has two prongs that are held into the case on one end and is held down by one screw on the other end. Be very careful when removing the screw because the clamp basically becomes a spring when it is loose and will catapult the screw across the room! The screw is very tiny and will be difficult to find. You can use a finger cot to hold the battery and clamp in place while removing the screw, or a piece of Rodico to hold it in place.

Video – Resetting the Chronograph to Zero:

After changing the battery, your chronograph seconds hand or subdial totalizers may not be not lined up to zero. You can use the following sequence to get everything lined up. 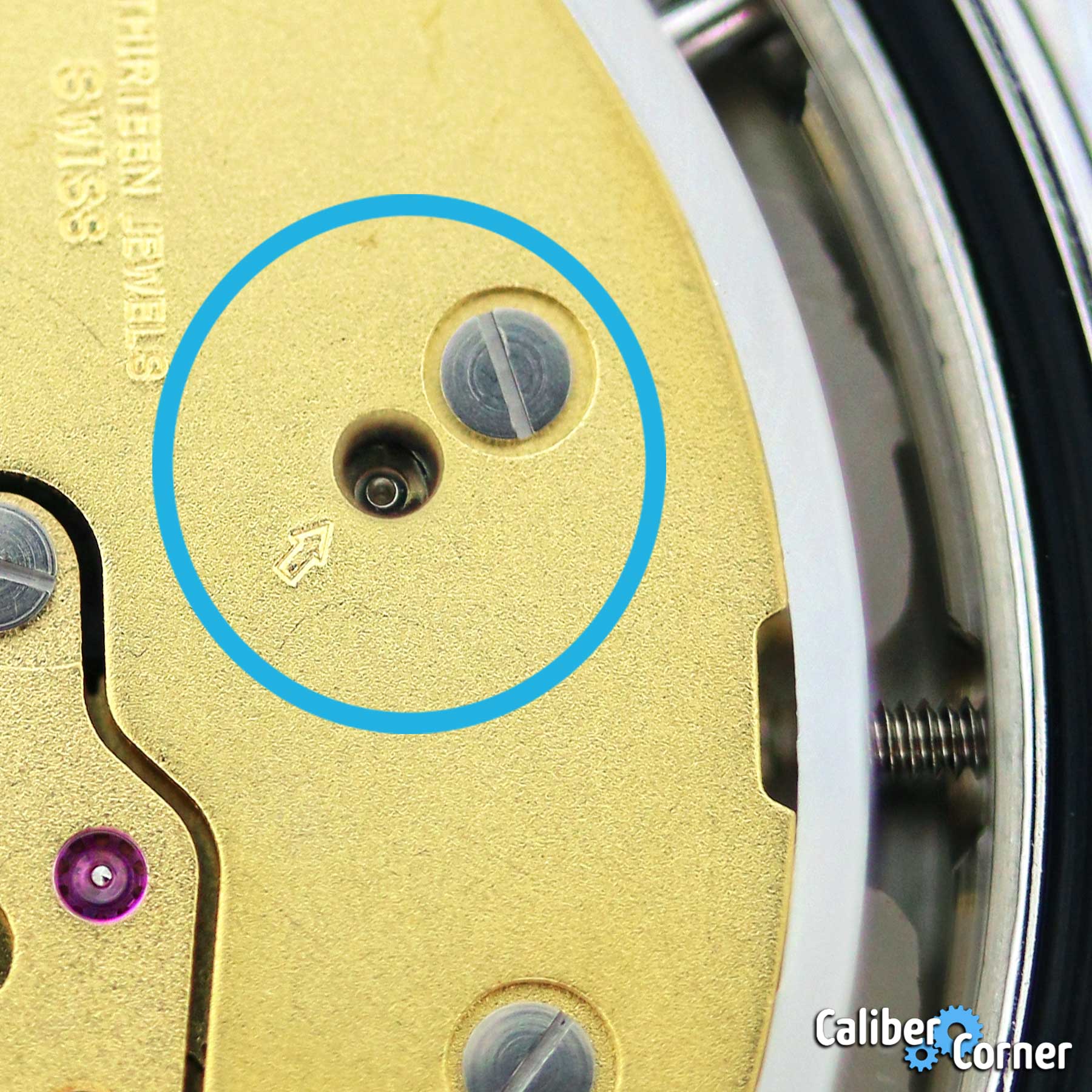