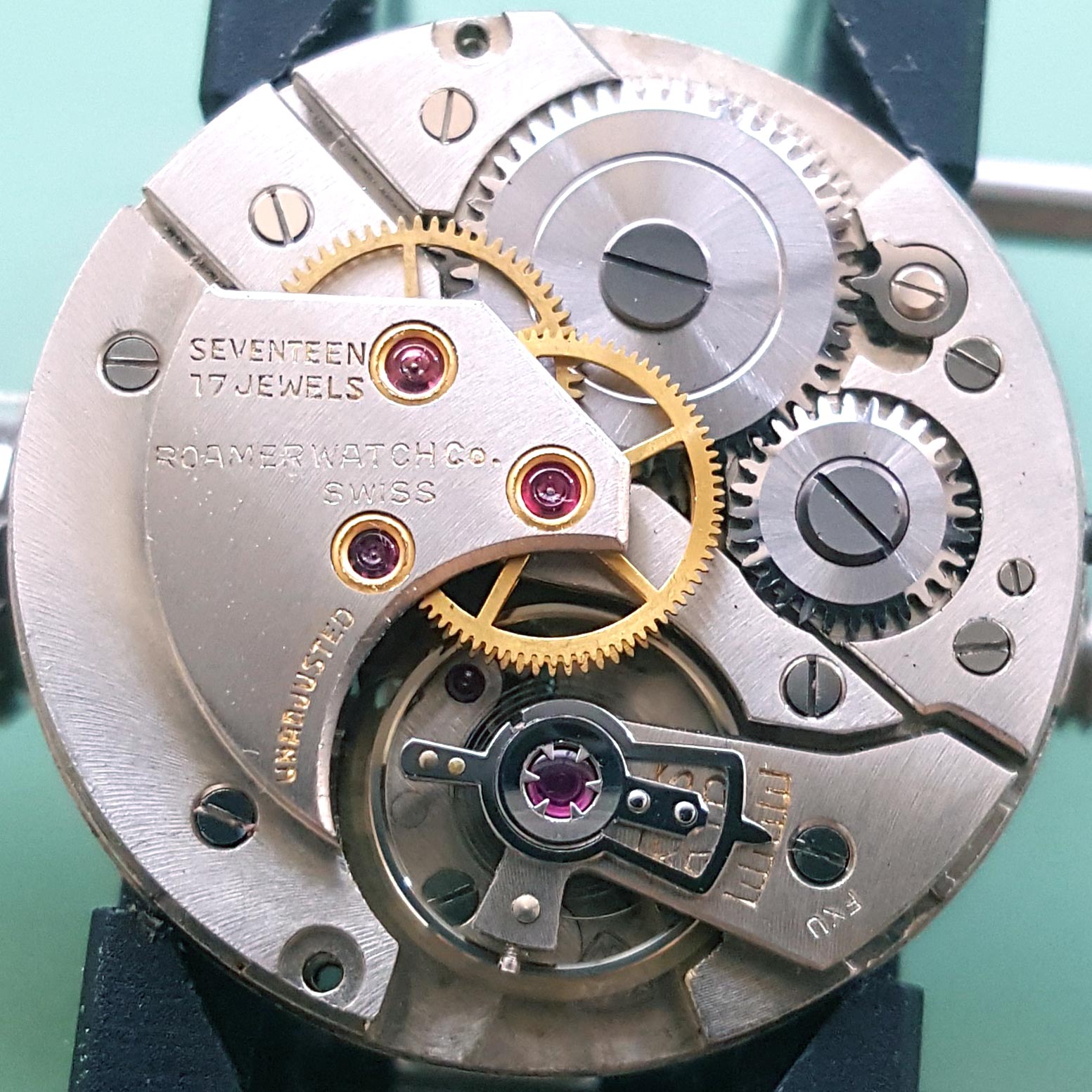 The Roamer/MST caliber 372 was introduced in circa 1944 and was found in watches until around 1962. This movement was produced in Solothurn, Switzerland.

The movement shown was stamped with import code “FXU” on the balance cock, indicating that the watch was Swiss made with the intention of being marketed in America. Also of note is the use of the Shock-Resist anti-shock system, which points to a mid to late 1940s production date. More of the story here.

There is also a caliber 371 in the same family.

“A very long lived and very successful calibre design. This calibre family replaced the indirect second MST 352 s.c. and MST 364 s.c. in or around 1944, and was used largely unchanged until replaced by the MST 413/4 calibre family in or around 1962. The movement went through a number of variations in the shock-resist design, from plain, shock-resist (SR), and super-shock-resist (SSR I) and incaloc(SSR II). Shock-resist was probably available from earliest production and super-shock-resist and incaloc were both available before 1949, possibly soon after WWII (speculation). Interestingly this movement was copied by the Beijing Watch Factory as their first calibre – these BS-1 movements were made between 1958 and 62 in a very small quantity, less than 4000.” Read more

Roamer Watch Company was founded in 1888 and watches are still being made under the Roamer name. The letters MST come from the initials of the founders. They established the Meyer & Studeli movement factory in 1905 and by 1952 they were making watches fully in-house with the name Roamer. On the caliber above, the MST stamp is partially visible behind the balance wheel.