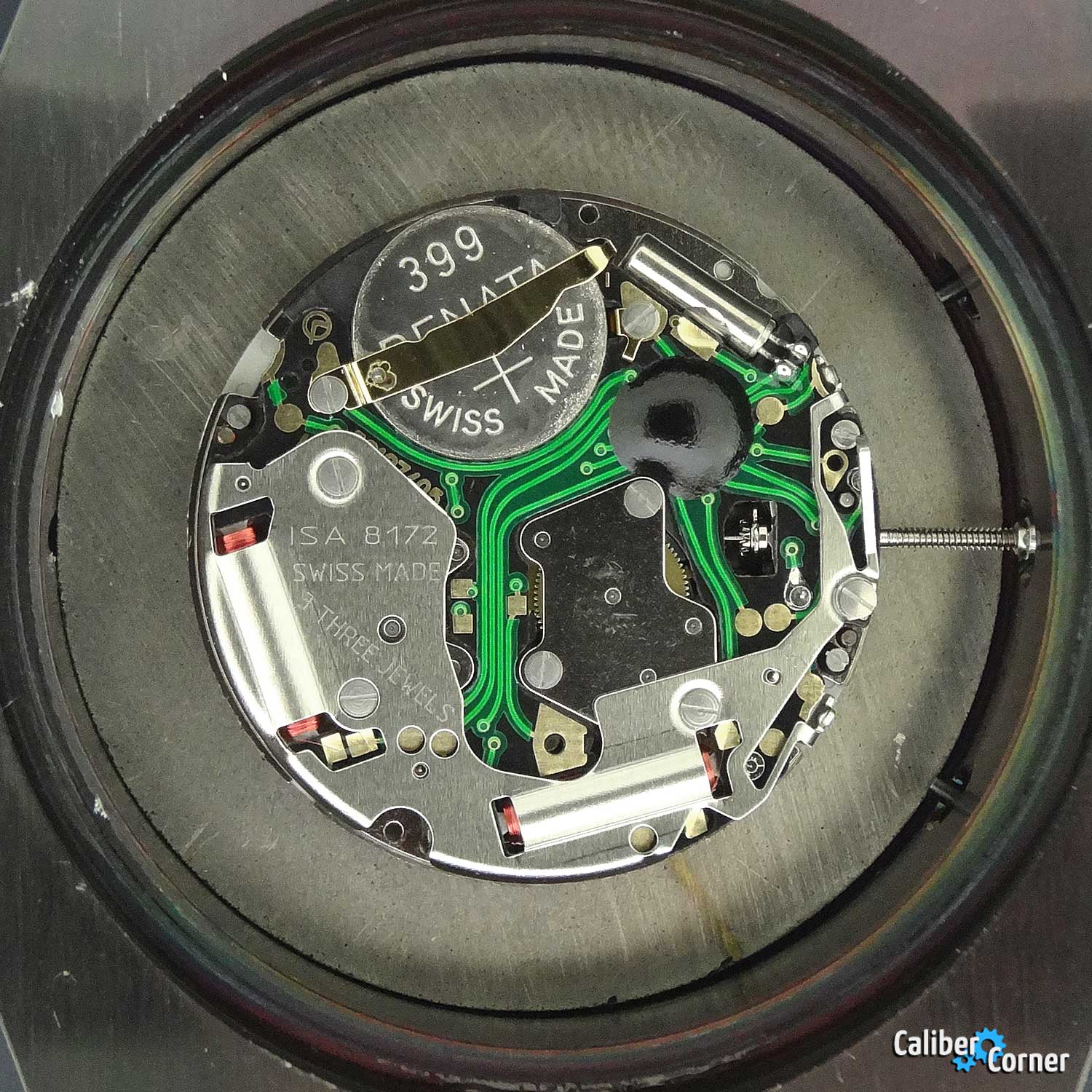 Resetting the Chronograph Hand to Zero:

After a battery change, it is common for a quartz chronograph hand to be off center. If this happens to your watch, try the following instructions. Please comment below if it works for you.

At the time of this post, this movement was found at replacement prices of around $34.95 USD.

From a review by Jeff_C:

This photo is the same movement above but with the plastic movement holder. This is also what holds the chronograph pushers. 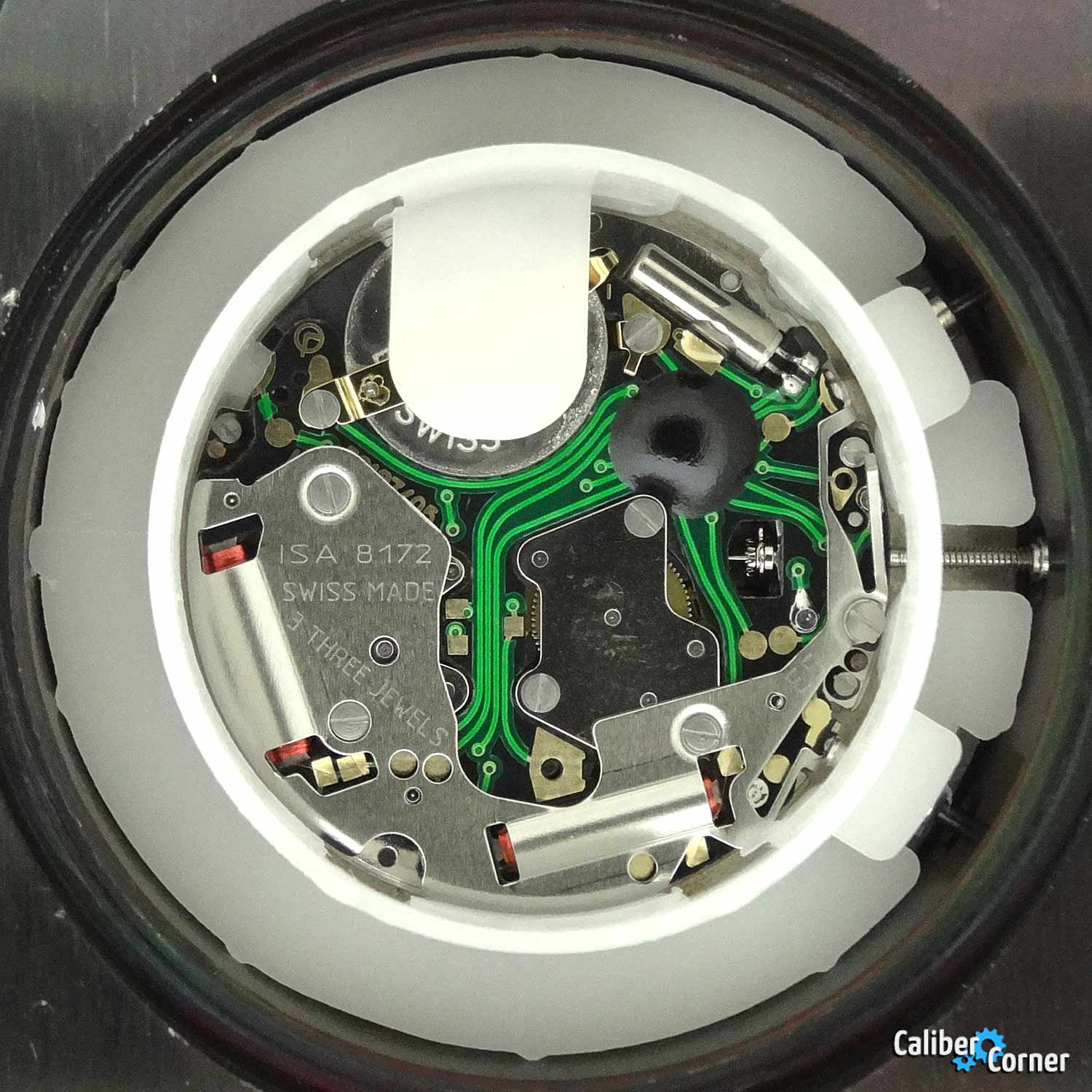 UPDATE – 10/2016: ISASWISS has announced that they are closing their business and will no longer be producing or supporting ISA movements.