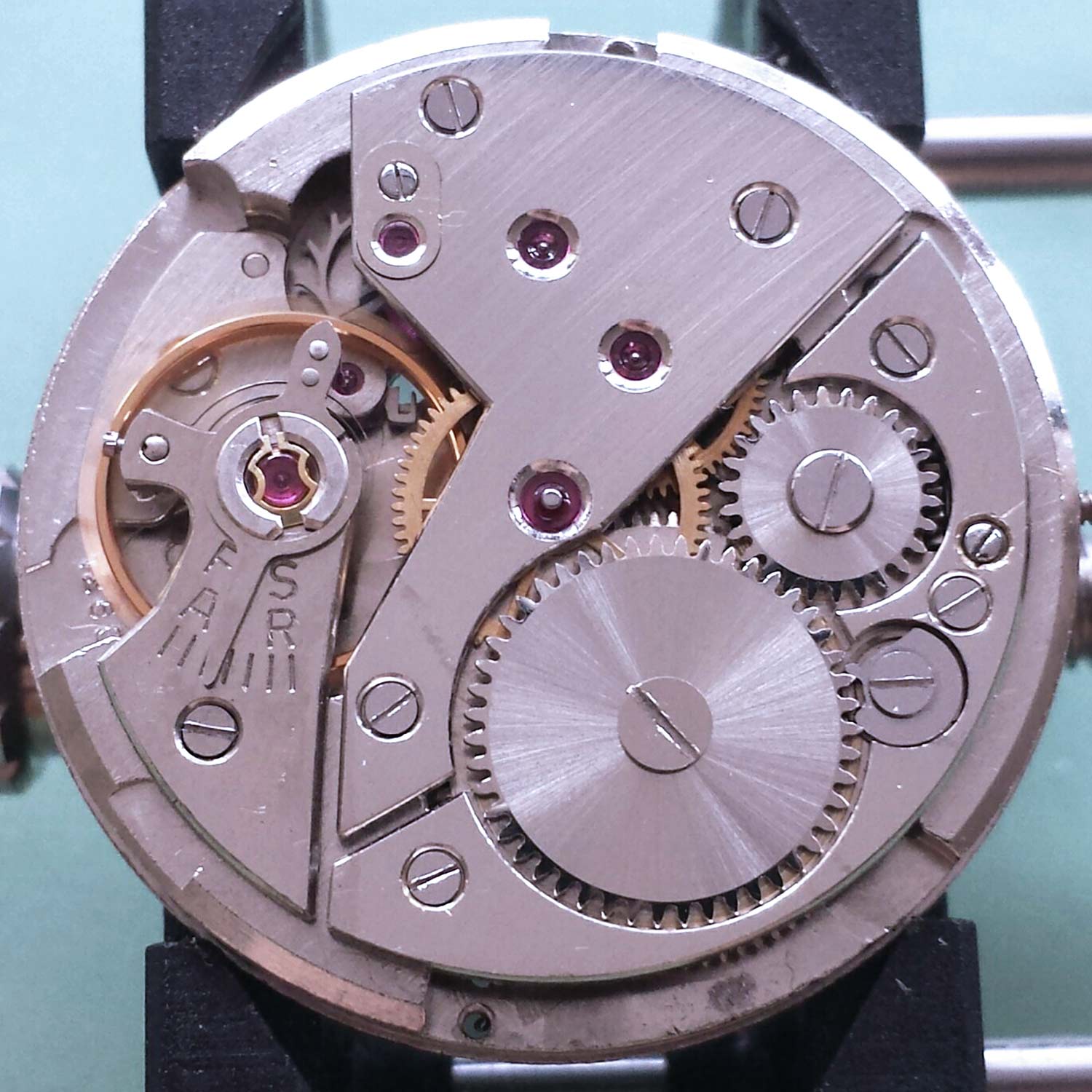 The movement pictured above is from a Pontiac Nageur watch. This movement was also found in vintage Tudor watches. The caliber 1260 found in this and this Tudor watch was equipped with 15 jewels instead of 17J and without shock protection.

…The June 1952 parts list for the ETA 1260 shows it as plain balance jewels and no shock protect option so it’s not beyond possibility that this came out of the factory unprotected at that date! –Variomatic

You can identify this movement by the 1260 stamp under the balance wheel.

It’s interesting that the List of ETA Movements on Wikipedia (link) doesn’t include the 1260.